Inside the Dakota pipeline protests

Photographer Larry Towell feels that what's happening at the Oceti Sakowin Camp in North Dakota is about more than just an oil pipeline.

"I believe it is the beginning of a civil rights movement in America," he said. "Only it involves a different ethnic minority."

People have been gathering at the camp for months now, demonstrating against the construction of the Dakota Access Pipeline. 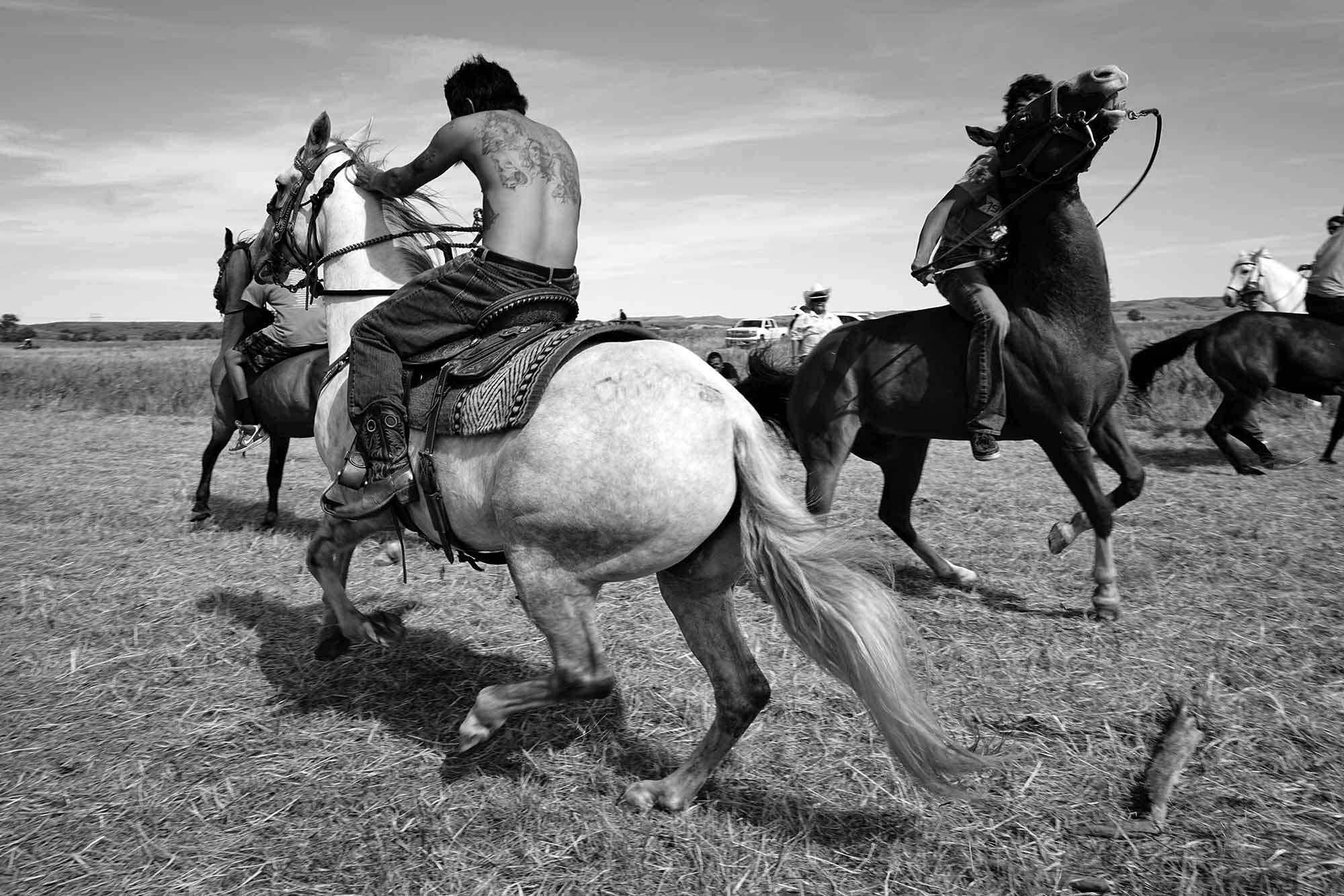 Native Americans from across the United States have flocked to the Oceti Sakowin Camp to show their support for the Standing Rock Sioux tribe, which is protesting the construction of the Dakota Access Pipeline.

The Dakota Access Pipeline is a 1,172-mile underground conduit that would transport some 470,000 barrels of crude oil a day -- stretching across North Dakota, South Dakota, Iowa and Illinois. It's a $3.78 billion investment by Dakota Access, a subsidiary of Energy Transfer Partners.

One of the main reasons it's seeing such resistance is because the pipeline would run near the Standing Rock Sioux Reservation in North Dakota. People are directly demonstrating against the federal government, mainly the US Army Corps of Engineers, which is the agency responsible for approving the pipeline. 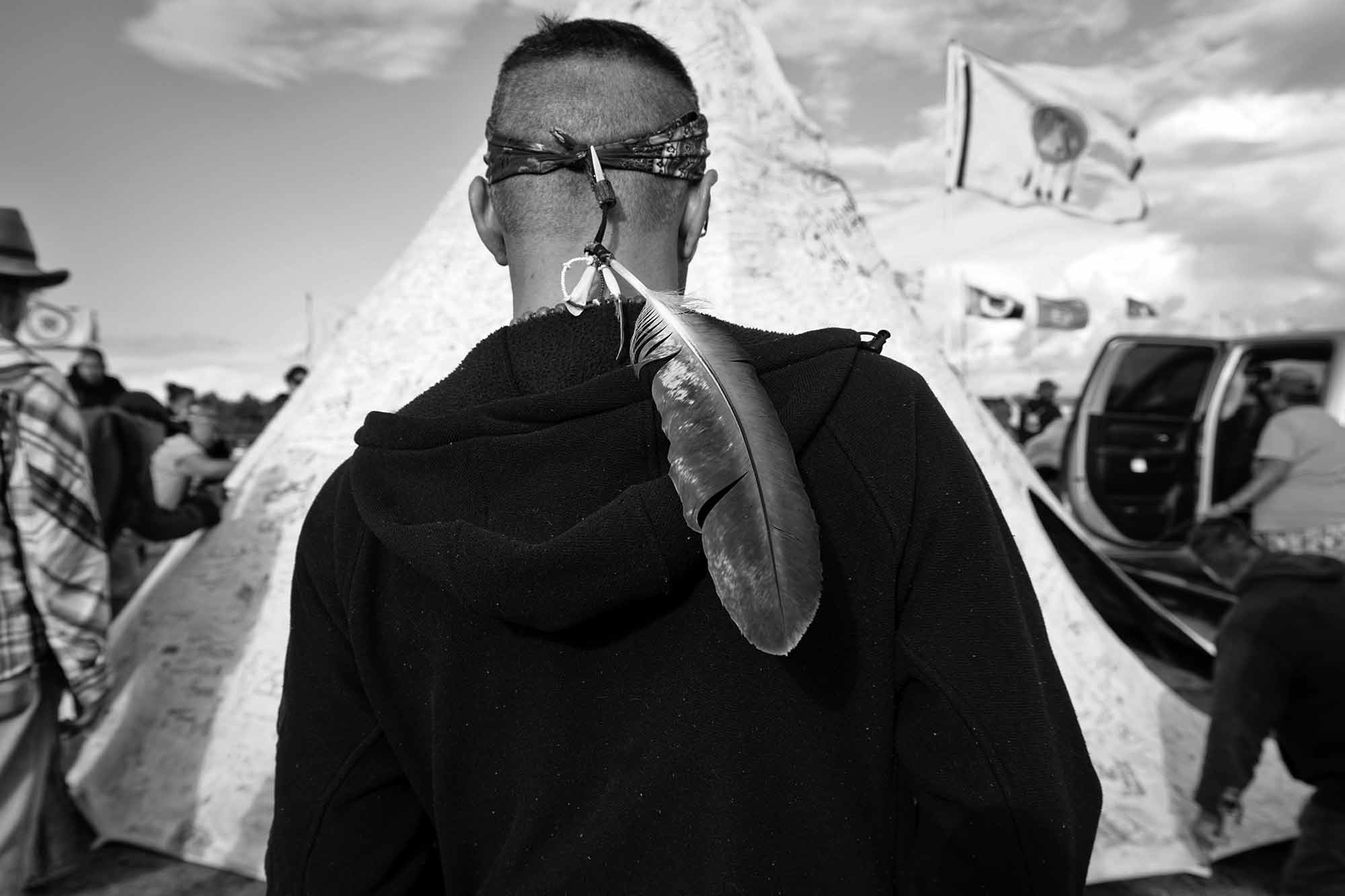 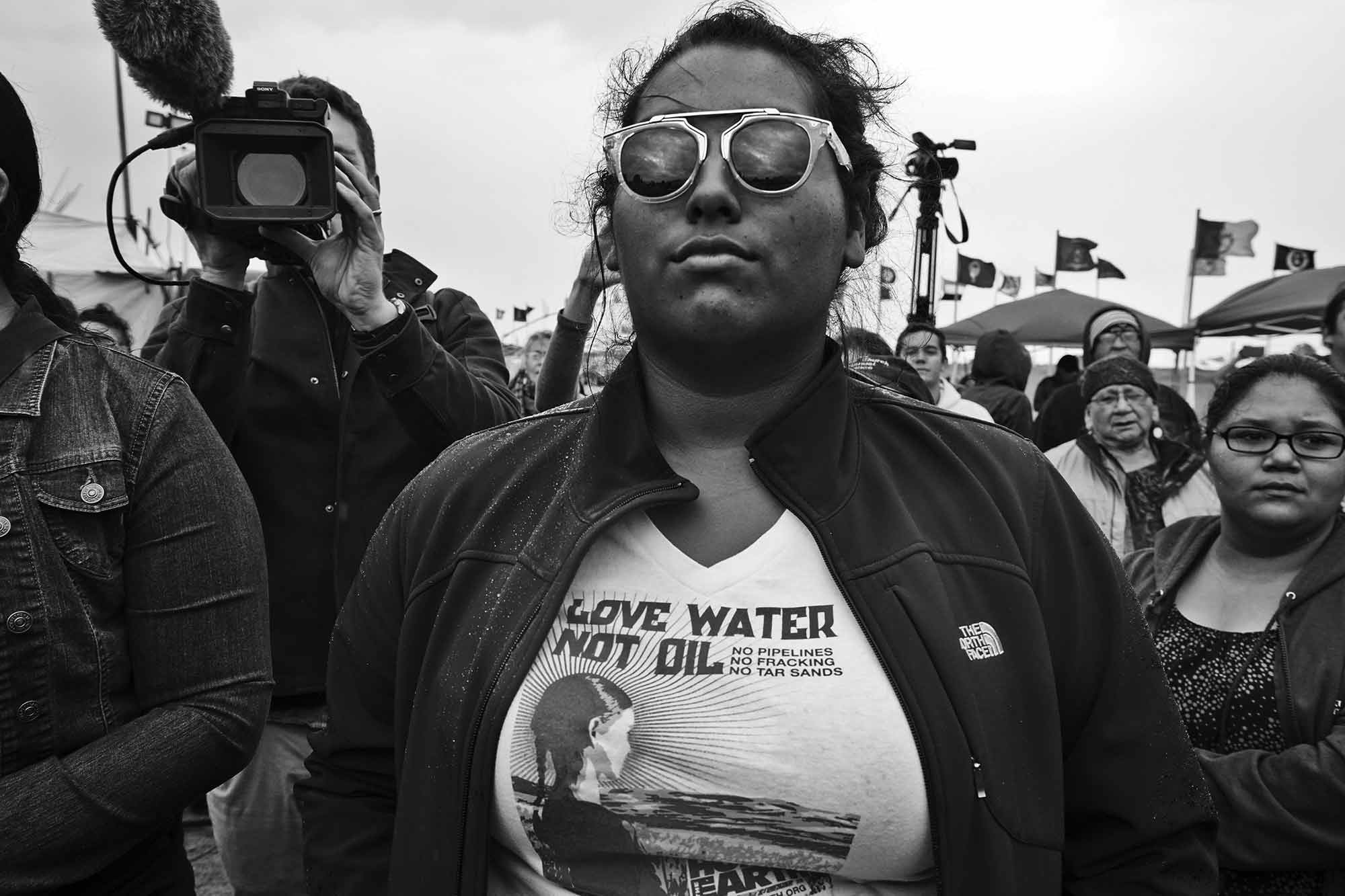 "The legacy of the reservation system is still with them," Towell said about the Native Americans demonstrating against the pipeline.

The Standing Rock Sioux say the pipeline would not only endanger their main source of drinking water -- the Missouri River -- but also their sacred tribal grounds. They feel they have not been properly consulted about the pipeline.

Native Americans from across the United States, as well as environmentalists and activists from around the world, have all flocked to the camp in solidarity with the Standing Rock Sioux. 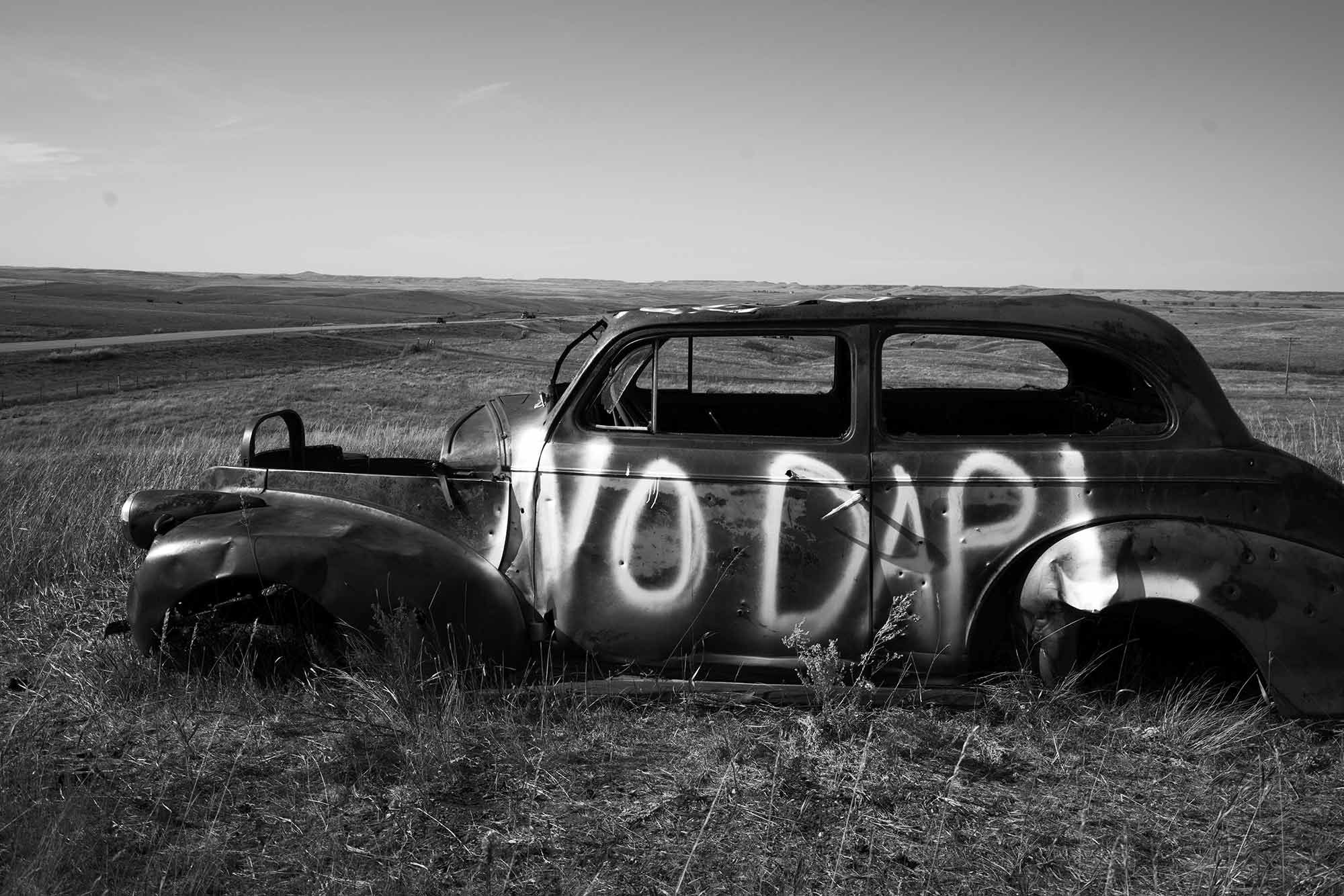 A graffiti protest on an abandoned car.

Towell spent two weeks at the camp in September, and what he noticed first were the sheer number of people there. It seemed as if there were around 5,000, he said.

"They come from all walks of life and they come from all backgrounds and they're from all ethnic groups," Towell said, adding that when he was there, members of Black Lives Matter were, too. "It's not certainly just Native people."

Solar panels are set up for those living at the protest camp.

There are rules at the camp: no alcohol, no weapons, no drugs, for instance. And the majority of those demonstrating refer to themselves not as protesters, but as water protectors. In Native American tradition, a water protector is responsible for making sure the tribe has water.

Towell said he did not see any violence, but there have been flareups. On November 20, for instance, there were clashes between law enforcement and about 400 protesters, authorities said. 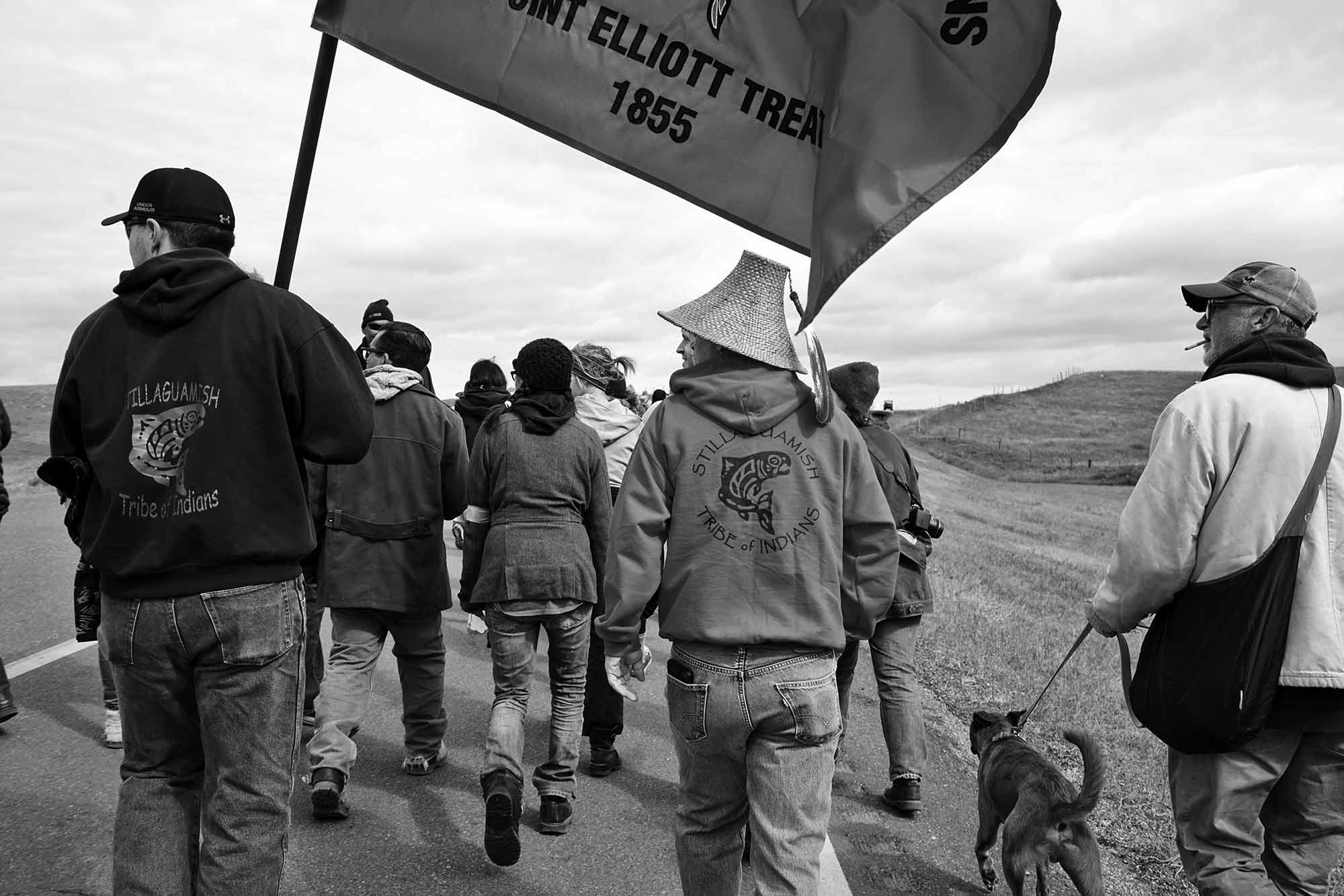 It's no secret that the United States has battled Native Americans throughout history, taking tribes' lands and forcing them into other areas. They've been pushed out West, to the desert, to badlands, to desolate places, Towell says. It was only in 1924 that Native Americans were granted citizenship, and up until 1957, some states had barred Native Americans from voting.

"The legacy of the reservation system is still with them," Towell said about the Native Americans demonstrating against the pipeline. "The legacy of feeling left out of society, which they have been. ... They feel pretty much in despair right now." 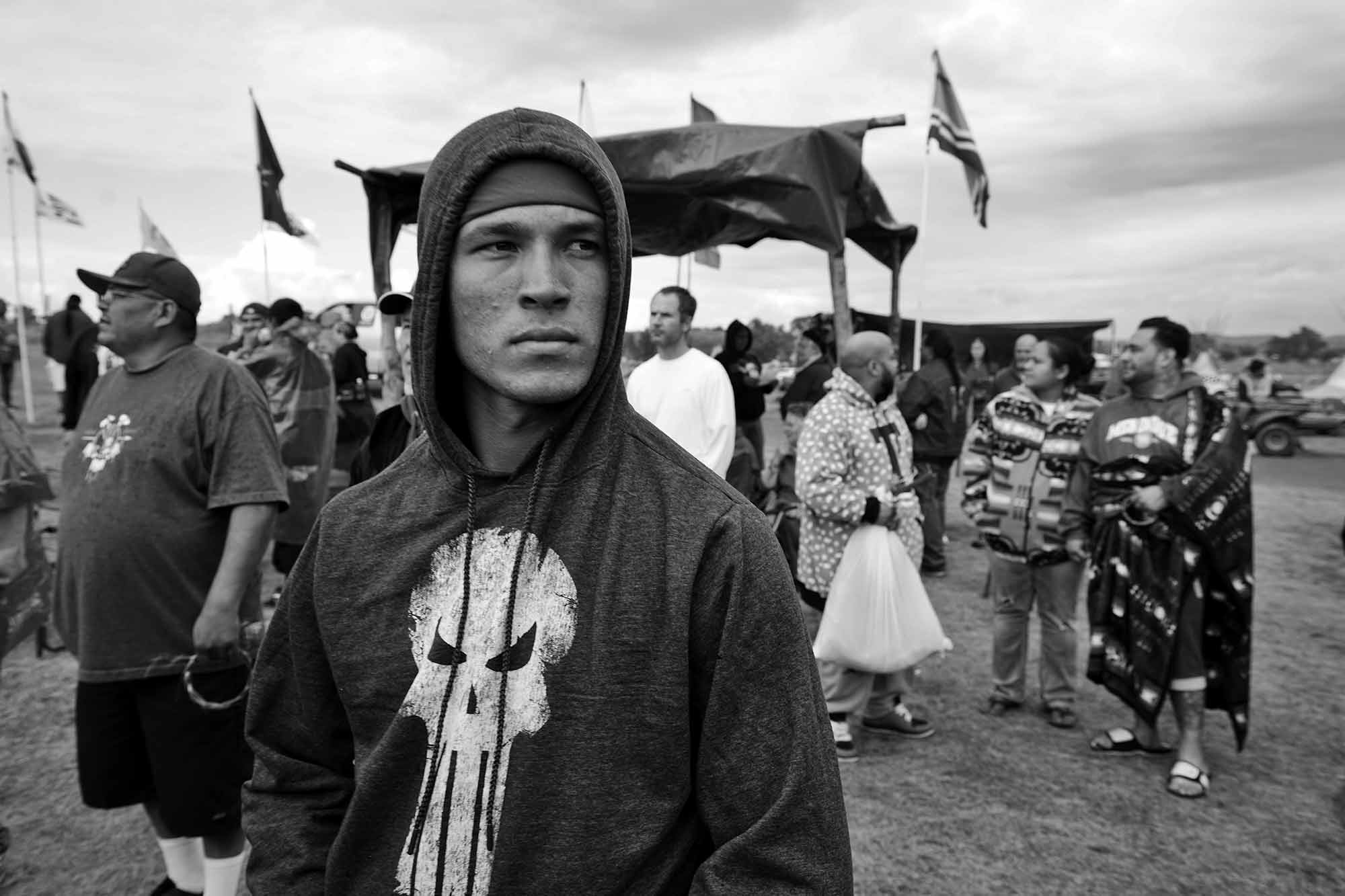 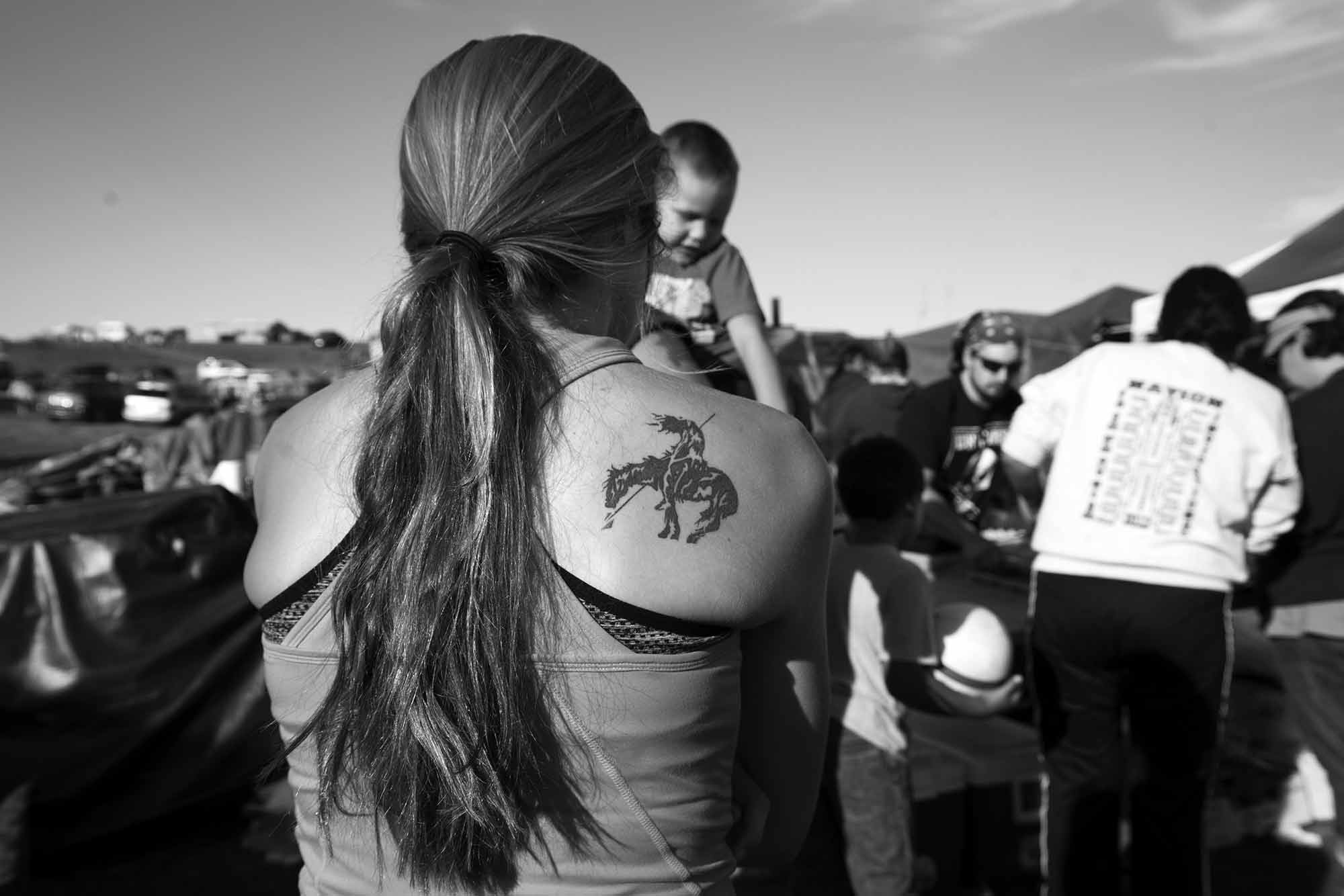 The Standing Rock Sioux say the pipeline would not only endanger their main source of drinking water but also their sacred tribal grounds.

Debates over lands, the destruction of sacred sites and the disrespect for Native American traditions are now coupled with issues of climate change and a heavy reliance on oil.

"All of these things sort of come together in one time and one place right now," Towell said.

Towell adds that there's more than simply a physical clash taking place. There's a clash of mentalities, too. 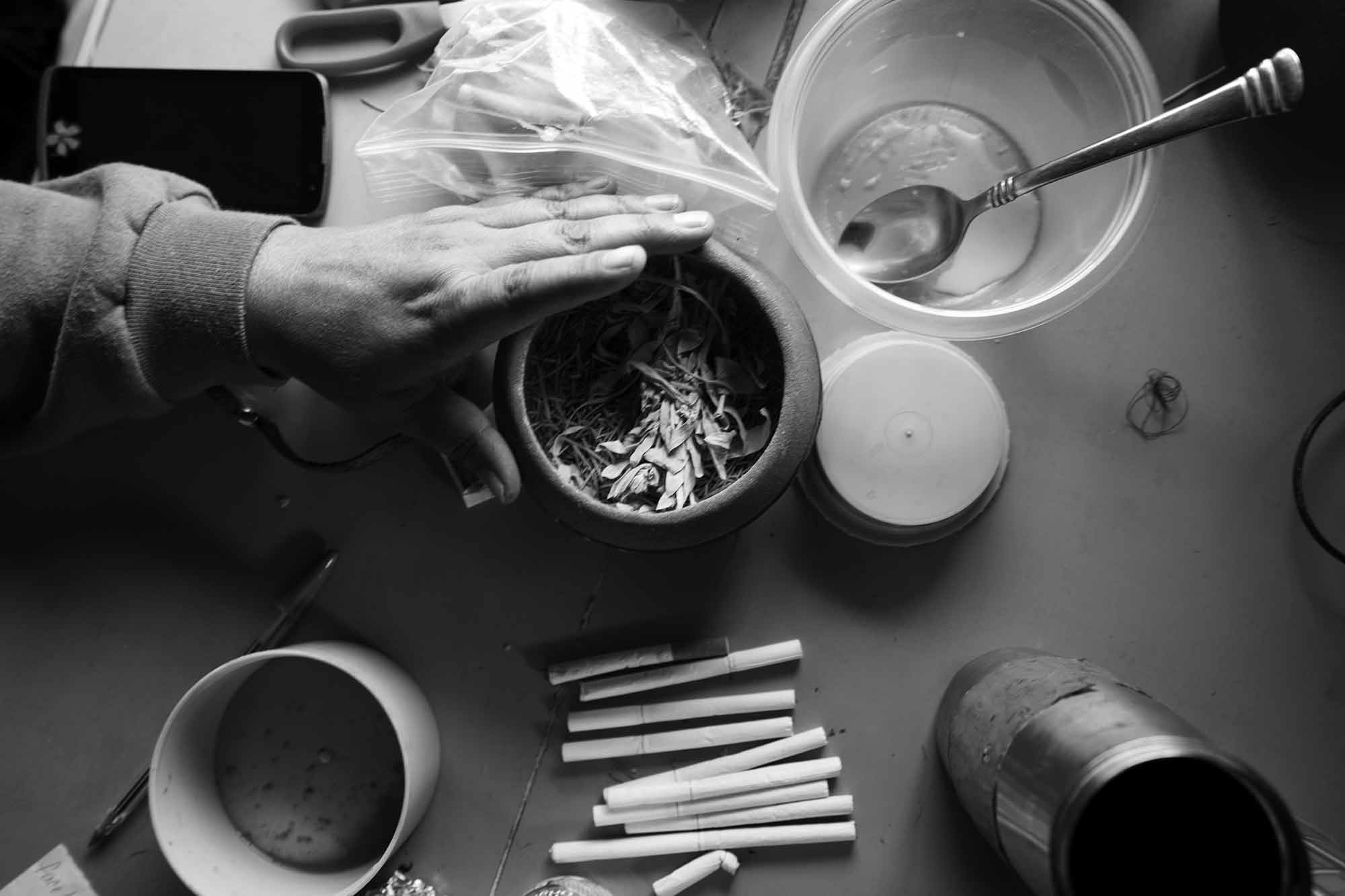 Sweetgrass is a sacred plant for many Native Americans.

One of the main arguments for the pipeline is that the oil produced will boost the economies involved. But while many people say oil is good for the economy, because it allows us to make cars and buildings, for example, Towell says Native Americans don't think in this way. Cars and buildings aren't possible because we have steel for parts and cement for walls. They're possible because we have iron ore and sand -- both of which come from the ground.

As Towell explained: Where does food come from? It doesn't come from the grocery store. It all comes from Mother Earth.

"Everything comes out of the ground, but we think it's all about the economy," he said. "So there is a psychological, attitudinal difference here."

The construction of the Dakota Access Pipeline, which water protectors refer to as the Black Snake, offends the character of the Native American people deeply, Towell says. That's why even though North Dakota Gov. Jack Dalrymple has ordered protesters to clear out before Monday -- citing harsh winter conditions -- demonstrators have no plans to do so. 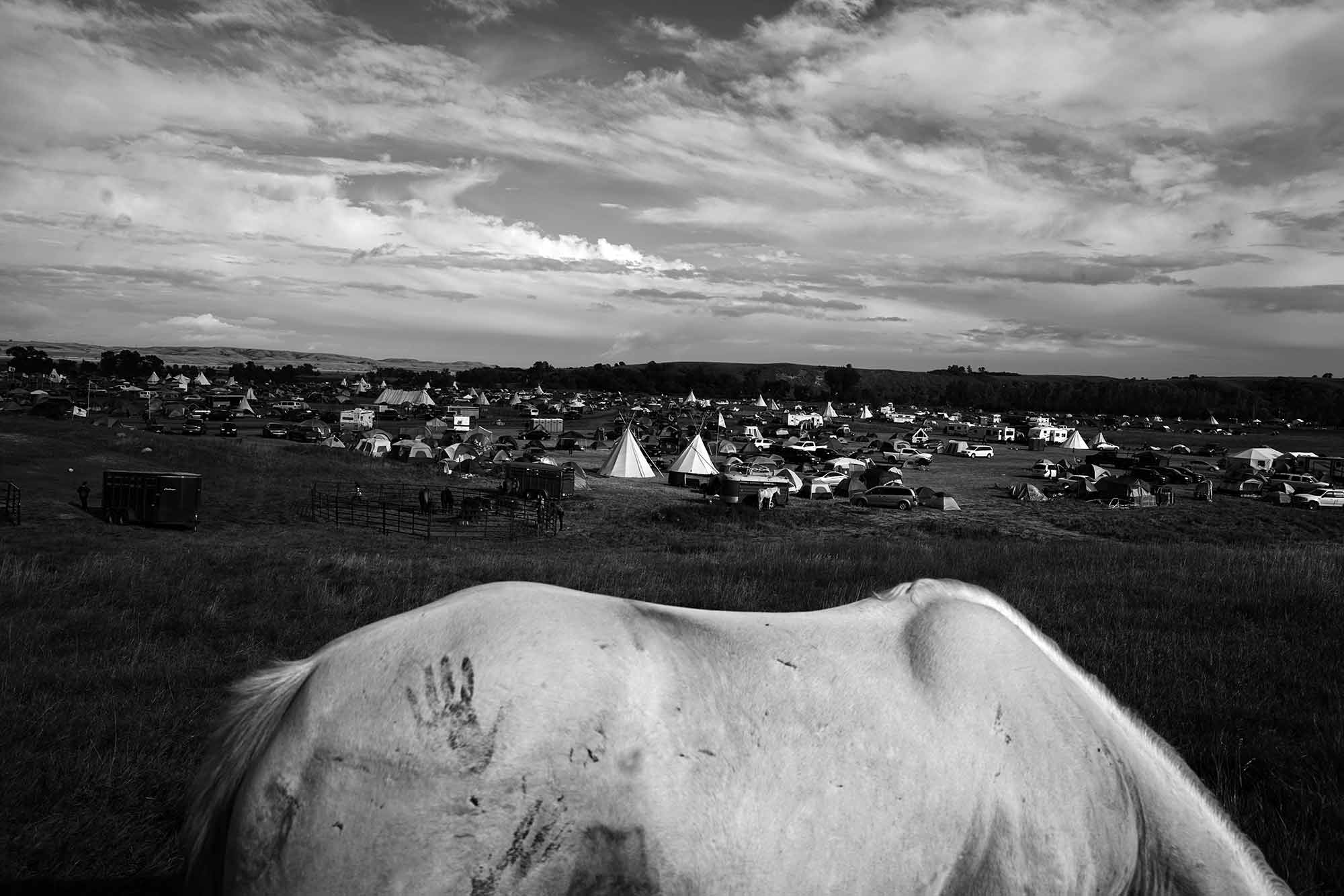 "In this day and age of pessimism and self-centeredness, greed and things that motivate so much of what we see, we see a movement that is one more time based on sort of a sense of trying to address some of the wrongs of history," Towell said. "I think it's always exciting to be on the right side of history."