What's next in the Stanford rape case?

The six-month jail sentence handed down in the Brock Turner sexual assault case continues to ripple far beyond the Santa Clara County, California, courthouse where it was delivered. The judge in the case is facing calls to be removed from office and a powerful courtroom statement from the victim continues to resonate with people around the country.

Here’s what could be next for the main figures in the case: 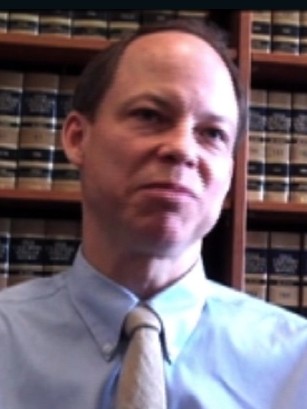 He’s under fire for his sentencing decision.

Could he be recalled?

Technically, yes, although it’s a complicated process and neither the prosecutor nor the county’s chief public defender support it, saying Persky is a measured and fair judge who doesn’t deserve the venom being directed at him.

What are the rules?

Recall proponents need to file a notice of intent to recall, then collect valid signatures from voters equaling at least 20% of the ballots cast in Persky’s last election. After that, an election would be scheduled asking if voters want to cut the judge’s term short. A simple majority is all that’s needed.

Is there any precedent for recalling a judge?

The recall procedure is well-established in California, and judges have been targeted before, most recently last year. In another case that drew national attention, the bid to recall Orange County Judge Marc Kelly over his sentencing decision in a child molestation case fell short when organizers failed to turn in the required number of signatures by the deadline, according to the OC Weekly newspaper.

Are there other ways Persky could face censure or reprimand?

The California Assembly could impeach him, after which he could be removed from office on a two-thirds vote in the state Senate. The state Commission on Judicial Performance can also censure or remove judges subject to the review of the state Supreme Court. Two state lawmakers are now calling for his resignation, and say if he doesn’t step down, they’ll find another way to hold him accountable.

Has Persky said anything?

Judges tend not to make a lot of public comments about cases they’re involved in, and Persky is no different. He has not responded to CNN’s requests for comment. 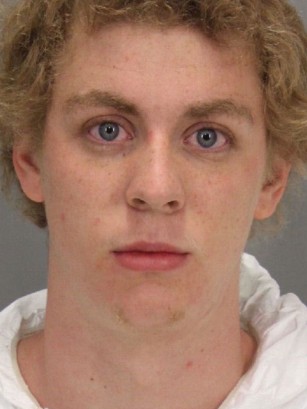 When did his six-month jail sentence start?

The day he was sentenced, June 2, according to jail records.

Where is Turner doing his time?

Because he was sentenced to less than a year in custody, he is being held in the Santa Clara County Jail in San Jose. He is in protective custody with 1,100 other inmates, Santa Clara Department of Correction spokesman Sgt. James Jensen said. Inmates with sexual assault convictions are typically held in protective custody because they are believed to be potential targets for attacks from other inmates due to the nature of their crimes.

Will he serve the full six months?

Probably not. His scheduled release date is September 2, three months short of his full sentence, according to the Santa Clara Department of Correction. Under California law, inmates in county jail can get credits for good conduct that can shave anywhere from 15 to 50% off a sentence, CNN legal analyst Mark Geragos said. Depending on how crowded the jail is, the release date could be earlier, he said.

Can Turner appeal? Could he get a harsher sentence if he does?

What happens after he leaves jail?

Turner will have three years of probation, and will have to register as a sex offender for the rest of his life. He told his probation officer that he intends to leave California for his home state of Ohio after his release, making it likely that he will have to register as a sex offender there, too. In California, he’ll have to check in at least once a year to provide his address, and let authorities know if he moves, changes his name or decides to split his time between two residences. In Ohio, he would be prohibited from living within 1,000 feet of a school or child care facility. Depending on where he ends up long term, he could be subject to residency restrictions or other limitations. Each state has its own laws.

The 23-year-old woman at the center of the case stirred millions with her impassioned statement describing the aftermath of the assault.

Does she plan to come forward publicly?

She’ll remain anonymous for now, she said in a statement released by her lawyer. "I remain anonymous, yes to protect my identity. But it is also a statement, that all of these people are fighting for someone they don't know.” she said. “For now, I am every woman."

What impact is her courtroom statement having?

Among other things, it may be prompting other victims to seek help. The Rape, Abuse & Incest National Network, which maintains the National Sexual Assault Hotline (1-800-656-HOPE) and online hotline, said it has seen a 35% increase in calls and chats over the last two days, from a regular daily average of 500 calls and online requests to 675 in the past two days. It's a pattern they tend to see in instances of highly publicized sexual assault cases, said RAINN President Scott Berkowitz. "It's always hard to know precisely what's driving calls because not everyone cites a reason, but this story follows a pattern with pretty much every other high-profile case," he said.

The school is under pressure to apologize over the incident.

What do critics want from Stanford?

A petition on Change.org calls for the school to apologize to the victim, publicly offer her counseling and other services, and bolster efforts to prevent campus sexual assault and help victims.

How has the school responded?

Stanford released a statement Monday deflecting criticism of its handling of the case.

The school did "everything within its power to assure that justice was served in this case," from immediately investigating the incident to referring it to the Santa Clara County District Attorney's Office for prosecution, the statement said. As soon as the school learned the victim’s identity it reached out to her and conducted an investigation less than two weeks after the incident that led to it banning Turner from campus. “This is the harshest sanction that a university can impose on a student," the school said.

How has the campus community responded?

Graduating seniors are planning a protest in of the sentencing, student Brianne Huntsman said. Participants will carry signs and don cap decorations supporting the victim in the Turner case and other victims of sexual assault.

The victim in the case hailed two students who spotted the assault while riding their bikes. They tackled Turner and held him for police.

Are they doing anything with their new prominence as heroes?

They spoke to a Swedish television station and CBS News, detailing what they saw. “We haven’t met her after what happened but I saw it the other day and I felt strongly about it," Carl-Fredrik Arndt told Expressen TV. "I am, obviously, happy we could help her out."