Trump's strategy: Where he says he can win

Donald Trump is not a conventional politician.

And his path to the White House may not be very conventional either.

He's hinting at a path to 270 electoral votes that would redraw the electoral map, taking him to victory through some states that haven't gone Republican since George H.W. Bush nearly swept the map in his 1988 bid.

Presidential nominees typically focus on a handful of so-called battleground states, those that political observers and campaign strategists believe can tip either way in November. They largely take for granted that the rest of the map is predictable -- Texas for Republicans and California for Democrats, for example.

But Trump has claimed he can shake up that math by winning least eight states that CNN has categorized as either likely or solidly Democratic.

He's also projected confidence he'll pocket Florida and Ohio. Those states are historically the two most hotly-contested battlegrounds and are the largest prizes among the nine toss-ups on this year's map.

"Ohio is going to remember that I stuck up for Cleveland (where Republicans will hold their convention)."

"I don't see how (Clinton) could do well in a place like Pennsylvania... I'm think I'm going to win Pennsylvania easily."

"We’re going to play heavy as an example in California... Other GOP candidates wouldn't even come here for a dinner"

"I put so many states in play: Michigan being one. Illinois."

"We’re going to focus on New York;" of other GOP candidates, "They wouldn’t spend 10 cents in New York."

"Um, Oregon, nobody would even think about Oregon. I'm going to campaign there. These are states that are locks for the Democrats." 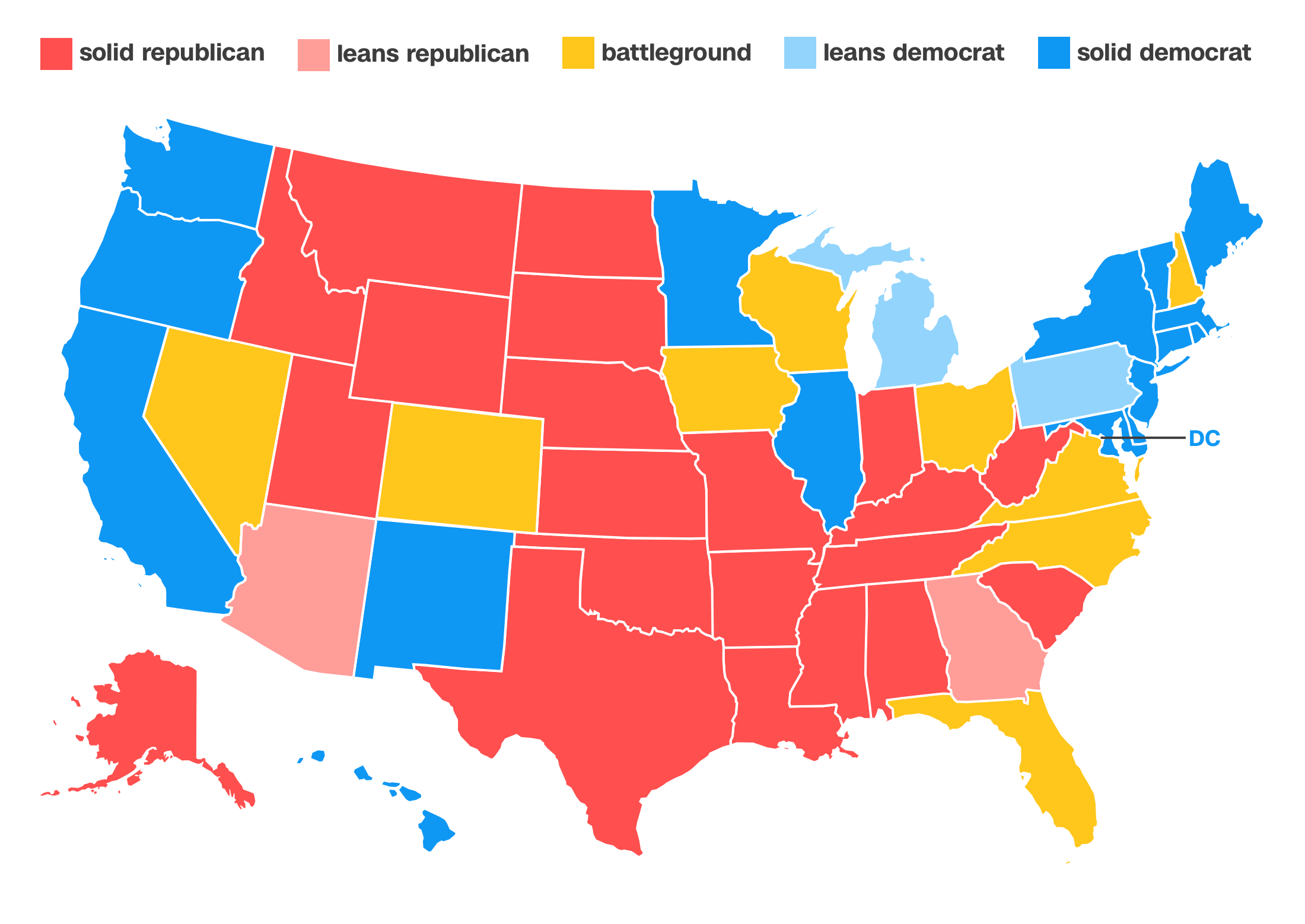