I never expected crickets to be my gateway bug.

Eleven years ago, a series of health concerns forced me to leave my carnivorous ways behind. Since then, I've been one of those annoying people to dine with, vacillating between being vegan and vegetarian before finally landing in the world of pescatarianism. (That's fish to you.)

This dietary shift took me down the food chain rabbit hole -- and I was shocked by what I found. What began as a mandate from my doctors, the whole no-meat thing, suddenly took on philosophical and moral significance.

Great American Stories is an occasional series on the unexpected places and unforgettable characters that help define the country.

Food security is at major risk. Nine billion people will occupy our planet by 2050. To meet the demands of this growing population, the U.N. estimates that food production will need to nearly double in the developing world by then.

Already nearly 1 in 9 people is undernourished. How can we possibly feed a growing population when we can't even adequately feed 7.5 billion people? While there's sure to be no silver bullet, it's clear we need to find alternative solutions to conventional livestock and protein sources.

Enter insects, the protein of the future.

About 2,000 species of bugs are edible, and an estimated 2 billion people eat them on a regular basis. Only in Western countries, it seems, does the ick factor dominate. But why the aversion? What do these 2 billion people know that we don't?

Turns out bugs are good for us. And the planet.

Take crickets: Their protein levels are comparable to beef but with a substantially lower ecological footprint. A hundred grams of beef typically yields 21 grams of protein. For crickets, it's between 18 and 27 grams.

Crickets also require far fewer resources. They are twice as efficient as chickens at converting feed to meat, and 12 times more efficient than cattle. Their water and land requirements are a mere fraction of those required for cows. They also produce 100 times less greenhouse gases and have high levels of calcium and iron. Serious food for thought.

The more I read, the more sense it made: We should all be eating bugs. But making sense on paper is one thing. I wanted to put my taste buds to the test.

Bitty Foods and All Things Bugs are among the startups trying to make insects palatable to U.S. consumers. They grind up crickets and turn them into a protein powder, which ends up as an ingredient in bars, shakes, cookies, chips, you name it. In powder form, there's no visual barrier to overcome, and if you don't read the label, you wouldn't even know you are eating bugs -- which makes them easier to swallow.

First stop: The Black Ant, an eatery in New York's East Village "focusing on the traditional and uniquely sourced ingredients of Mexico" -- including insects. Chef Mario Hernandez says bugs are a staple of his homeland's cuisine. Eating them was just part of his daily life there -- if not an occasional extravagance. Agave worms can go for $200 a pound.

After kicking off my gastronomy experiment with some liquid courage -- a mezcal-based drink that included ant salt -- I suddenly felt like I could stomach anything. And I did: Guacamole with ants. Soup with crickets. Tacos with grasshoppers.

I left feeling fearless but later realized I'd kind of cheated. The strong Mexican flavors had overpowered the taste of bugs. If I couldn't tell I was eating bugs (except maybe for the crunch), how did I know I liked them?

Operating out of a warehouse on the side of a highway in this Rust Belt city, Bachhuber sells crickets to restaurants -- which serve them whole -- and companies that turn them into flour.

His operation is simple, small and essentially portable. The crickets are housed in open tubs. At one point hundreds of them were crawling up my arm. I was squealing with fear and excitement -- and also because it tickled. A lot.

Now it was time to go to from farm to table.

At Suzie's Dogs & Drafts, a local restaurant that Bachhuber supplies, I proceeded to eat what seemed like hundreds of crickets. Some of them as condiments on dishes, others I just popped in my mouth plain and whole. They tasted a bit like the farm smelled -- nutty and grainy.

I haven't had them whole since, but that's not for lack of desire. I'd jump at the chance to order them, but they're not prevalent on New York City menus -- at least not yet. I'd also want to find a willing dining companion first.

For the time being, I'm eating protein bars with cricket flour and having no qualms about it. 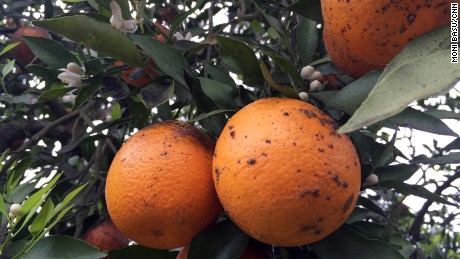 Despite millions of dollars spent on research and hundreds of scientists working at a frenzied pace, no cure or prevention has yet been developed for citrus greening disease. 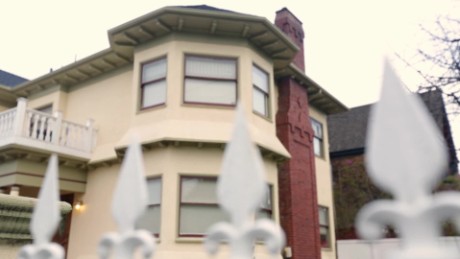 Welcome to Twin Oaks, a world free of bills and bosses, where gourmet meals are presented at no cost and saving for retirement is a pointless exercise. Sounds pretty nice, right?