Ronald Reagan was fed up.

He had just put new goldfish into his pond at Rancho del Cielo -- his beloved ranch in the sky. Now a pesky blue heron refused to leave them alone. The President's fish, there to take care of the persistent algae problem, were getting eaten. So Reagan drew his pistol and began firing -- not to shoot the heron, which he easily could have done, but to scare it away.

Secret Service Agent John Barletta, the President's constant companion on the ranch, was with him and tried to calm the other agents alarmed by sounds of gunfire. But Barletta's word choice was unfortunate.

"I was trying to tell them that it's the President doing the shooting, everything's OK, but it didn't come out that way, and it just caused more excitement," Barletta recalled in a recent interview at the ranch. "His codename was Rawhide. And I said, 'Rawhide shot.'"

Once fuller explanations had been given and peace finally restored, Reagan looked at Barletta. "'I supposed I should have told you I was going to do that, huh?'

Barletta nodded. After that, the Secret Service held onto the President's guns for safekeeping.

As the 2016 presidential campaign shifts into high gear, the Republican contenders will gather Wednesday at the Reagan Presidential Library for their second debate, hosted by CNN. The Simi Valley session will feature a high-octane exchange as candidates aim to prove they're best positioned to assume Reagan's legacy more than a quarter century after he left the White House. But the campaign to choose the next president also offers an opportunity to look backwards -- a chance to explore stories of past leaders and the places that defined them.

For Reagan, Rancho del Cielo was his remote and rugged retreat. He loved life on the ranch -- even if much of it caused anxiety for the Secret Service. He chopped wood and cleared brush with his chain saw; he used a pole saw to cut thick tree limbs high above him; and he threw brush and wood into his wood chipper, an unforgiving machine known as the "chuck and duck" that was even more dangerous in those days than it is now.

Most of all, he loved to ride his horses.

The road twists up the Santa Ynez mountains to a modest, white adobe house 2,250 feet above sea level. The views that the President saw on horseback here are stunning -- and a world away from the pace and pressures of Washington.

"You can ask anybody who rides a lot," said Barletta, leaning against a saddle in the tack room. "You throw a leg over a horse, and it's like the tension just flows right out of the tip of your boot. You're at peace. At least I am, and he was. He definitely was. He would mount up and he would go 'Ahh' and sigh like, 'This is home.'"

Barletta was assigned to ride with Reagan because of his own prowess on horses after it quickly became clear that the agents who were with the President-elect couldn't keep up with him to protect him. One agent fell off his horse and broke his arm.

Barletta and the President rode together for years, forming a bond he recounts lovingly and touchingly in his book, "Riding With Reagan." They rode in solitude over the 688 acres, the President often on El Alamein, his feisty gray Arabian-thoroughbred, and the Secret Service working to tailor protection as unobtrusively as possible to life on the ranch.

They carved mile markers into stones so they could find him quickly if needed -- without defacing the natural beauty.

"Disney studios made us fake rocks. You couldn't tell the difference," Barletta said. But that didn't stop Reagan from trying to spot the fakes -- he got a kick out of banging on the rocks.

The Secret Service was constantly on the lookout for potential threats against the President. The heron scare at the ranch happened before John Hinckley, Jr., tried to assassinate Reagan at the Washington Hilton. The security risks at the secluded ranch were far different from those in Washington, but there were plenty of challenges and Barletta's biggest concern was Reagan's daily horse ride: Was the area secure? Were there physical hazards? Were the horses in good condition and in good moods?

Occasionally, Barletta's anxiety about the President's safety would rise to the point where he'd gently try to dissuade Reagan from a particular activity, such as the time he suggested that Reagan stop jumping his horses "for the good of the American people."

The President didn't reply at the time, clearly displeased with the suggestion. But when the two men were back at the ranch three months later and came across a downed tree on their ride, Reagan suddenly spoke up. "'You know, John, I've been thinking about what you said.' ... And he says, 'For the good of the American people, I don't think I'm going to take these jumps anymore.'"

Life was simple at the ranch. No one but the Reagans slept here -- the agents worked three shifts and stayed at hotels in Santa Barbara. The small, unassuming house surprised world leaders such as Queen Elizabeth and Mikhail Gorbachev, who had expected the grandeur of the ranch featured on the TV show "Dallas." One of the President's favorite meals was mac & cheese out of the box. He had one television set and liked to drive his beat-up old Jeep, which he couldn't do in Washington.

He spent his time working outdoors with his hands.

"I call it the sound of silence," Barletta, now 70, said of the surroundings. "If you just sit and listen, there's no sound. It's just beautiful up here."

In 1996, as the President's Alzheimer's worsened to the point where he no longer recognized the place he loved most, Nancy Reagan put Rancho del Cielo on the market.

Initial efforts to have the state or federal government take over the property fizzled, and Reagan's favorite spot seemed in danger of being lost. Then, in 1998, Young America's Foundation stepped in.

The Reston, Virginia-based non-profit is dedicated to teaching young people about conservative ideas. Determined to protect Reagan's legacy, the foundation decided this was too important a piece of U.S. history to lose. But the organization had no experience owning a California ranch or preserving a presidential property.

"In many ways, it was a huge leap for our organization," said Andrew Coffin, president and director of the Reagan Ranch. The staff and the curatorial consultants they brought in learned how to manage the property and its many challenges -- maintaining trails, dealing with fire threats, handling irrigation, caring for animals and preserving the objects at the ranch.

In a few cases, items were transferred for their protection to the Reagan Ranch Center in Santa Barbara, including the table at which Reagan signed the largest tax cut in history. But nearly all the original items on the ranch remain here today. The kitchen spices, the shampoos, the bridles -- all are just as Reagan left them.

"The Reagan ranch today is almost exactly the same home that the Reagans enjoyed while they were living there," Coffin said. "It really is as if they closed the door, turned the key and could return at any moment."

Barletta, finishing the story of the heron who never did return to the pond, looked approvingly at the saddles, the maps, the petroleum jelly, the pine tar and brushes for the horses' hooves -- all the original cleaning gear from three to four decades ago still on the shelves in the tack room.

"It brings back memories." 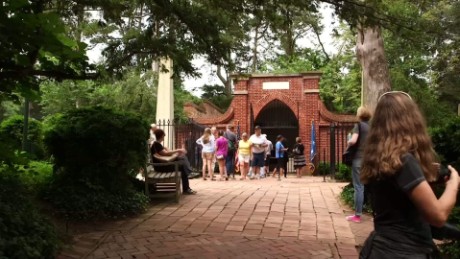 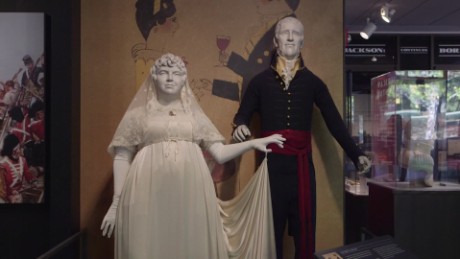 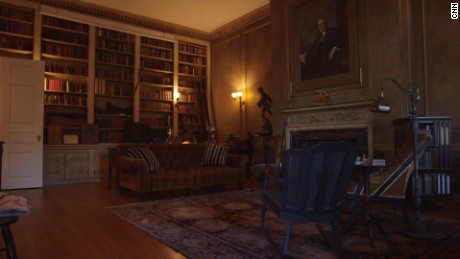 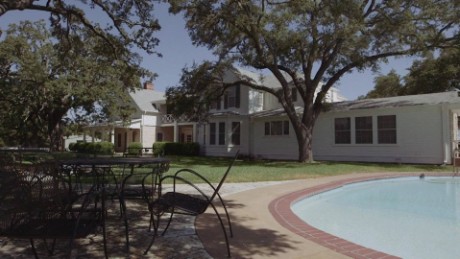