6,000 years of death, conquest and obsession

By Sheena McKenzie, for CNN

Why are we still obsessed with gold?

From the moment humans first glimpsed its luminous surface, this shiny yellow metal has seduced the inhabitants of every continent and every age.

Here is a tale of desire that conquered the globe; a story that begins in a 6,000-year-old grave brimming with brilliant gold bracelets and culminates on the big screen, with a 24-carat feathered cape wrapped round the shoulders of a young Elizabeth Taylor.

Through the lens of time, and with insight from the experts behind a spate of new exhibitions exploring the history and luxurious applications of gold, we uncover what lies at the heart of this eternal desire.

Interview with Jana Scholze, curator of V&A exhibition: "What is Luxury?"

The skeletons draped in unimaginable riches

When workmen began digging a ditch in the town of Varna, Bulgaria, in 1972, they could have never imagined they would stumble on one of the most important gravesites in history.

On the shores of the Black Sea lay what has come to be known as the "Varna Necropolis" – hundreds of tombs, many holding a fantastic array of gold bracelets, necklaces, and scepters dating back to the 5th millennium BC.

It's the oldest gold treasure ever found, and reveals not just the craftsmanship of early humans – but a complex social structure.

"These objects are markers of social positions in society," explained Vladimir Slavchev, curator of Prehistoric Archaeology at the Varna Museum of Archaeology.

"And that is why they are so important for archaeologists – we can see there is some complex structure of human society for the first time in history."

In ancient Egypt, these were the dazzling funerary objects buried with the dead, carefully placed for what they believed to be the afterlife.

A journey down the Silk Road paved in gold

How much gold is actually out there and what are we doing with it?

In search of El Dorado, the mythical golden 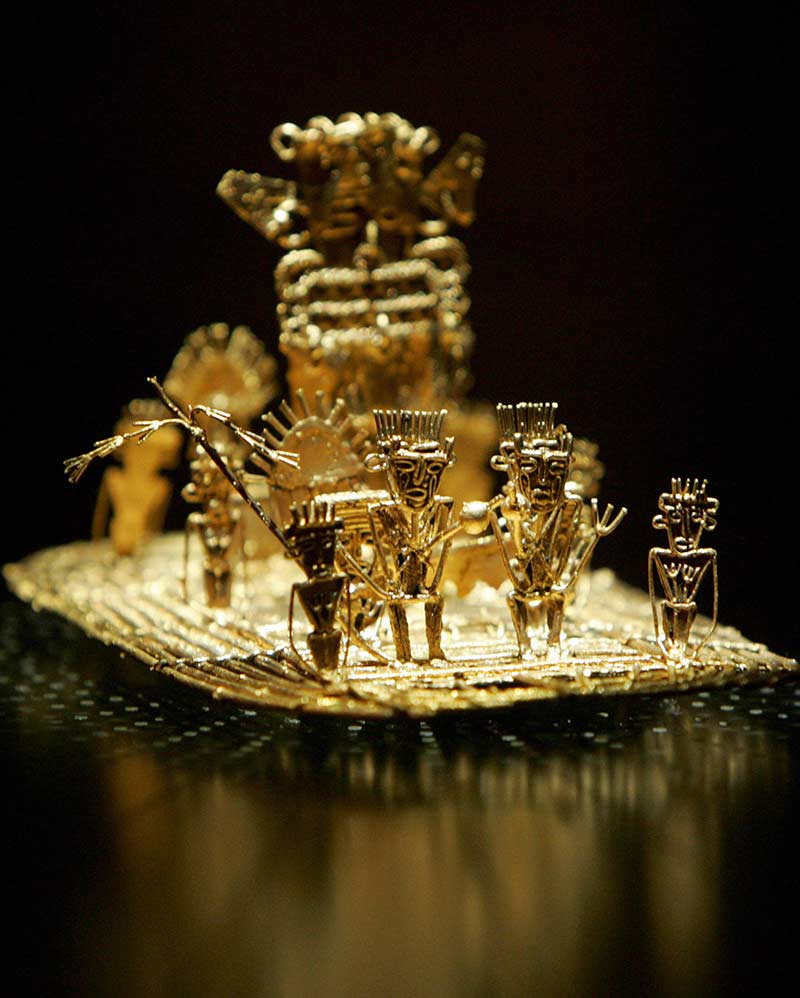 The desire for gold has driven many a foolhardy explorer across the globe only to return empty handed – if they returned at all.

In the 16th and 17th centuries, Europeans were seduced with new fervor by the tale of El Dorado – a mythical city in the Americas bathed in unimaginable riches.

Needless to say, El Dorado was never found, and the very term has been absorbed into our lexicon denoting any place of fabulous wealth.

But there was a grain of truth to the legend. And it can be found in the jungles of Colombia...

It might not be an entire city made of gold, but the intricate "Muisca Raft" (pictured above) supposedly tells the story of a chieftain covering himself in gold dust and diving into Lake Guatavita, Colombia, during an inauguration ceremony.

Precious pieces of gold and emeralds were thrown into the lake during the festival, and the story is believed to have sowed the seed of the El Dorado myth we know today.

Measuring almost 20cm long, this delicate model was crafted from extremely pure gold – over 80%. It was discovered in a small cave near Bogota, Colombia, in 1969, and is believed to date back to the late period of the Muisca culture, between 1200 and 1500 AD.

The emperor worth his weight in gold

Emperor Shah Jahan is perhaps best known as the man behind India's Taj Mahal – built as a magnificent marble tomb for his beloved wife, Mumtaz Mahal.

But he also presided over the Mughal Empire, a fabulously wealthy dynasty which stretched across the Indian subcontinent between the 16th and 19th centuries.

The following painting shows the weighing of Shah Jahan on his 42nd lunar birthday in 1632, and can be found in exquisite Islamic Manuscript the "Padshahnama" -- currently on show as part of the "Gold" exhibition at the Palace of Holyroodhouse in Edinburgh, Scotland.

Written in Persian on paper flecked with gold, the manuscript is part of Britain's Royal Collection, and is the official record of the reign of Emperor Shah Jahan, who ruled between 1628 and 1658.

We asked "Gold" curator Lauren Porter to give us an insight into the stunning image.

"Twice a year, on the occasion of his lunar and solar birthdays, the Emperor would come before his nobles to be weighed against gold, silver and other precious items in the golden 'Scale of Auspiciousness'.

"An amount equivalent to the Emperor's weight would then be distributed as alms to the poor (the recipients are pictured at lower right with their hands outstretched). It was believed that this charitable act would enhance the spiritual and corporeal wellbeing of the Emperor.

"Gold regularly featured on the pages of Islamic manuscripts and could take the form of gold leaf, which could be polished with agate to achieve a high level of shine, or shell gold (paint made from ground particles of gold) which would be applied with a brush to provide delicate highlights and a more subtle sheen." 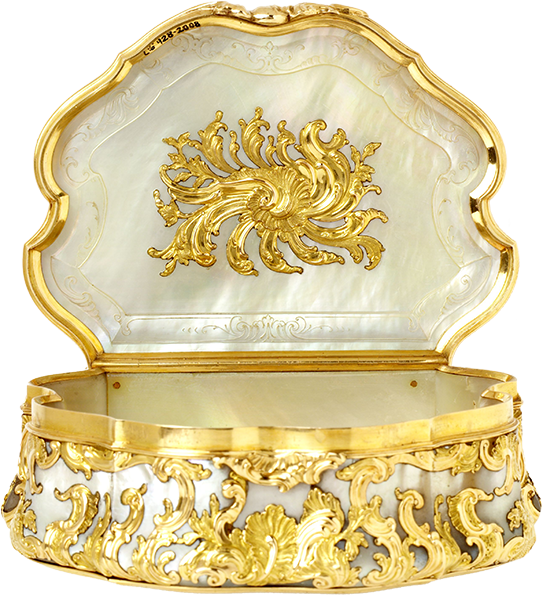 What pleasure there is in a tiny, glittering box in the palm of your hand – and to know the childlike secrets buried within.

In 18th century Britain, that "secret" may well have been snuff – a perfumed powered tobacco favored by the aristocratic, and later middle, classes.

While the working class puffed on tobacco pipes, the upper echelons of society preferred to inhale a pinch of snuff -- and not just from any old box.

The snuffbox was as much about signifying your own social standing in the world as carrying tobacco – the more spectacular the object, the more esteemed the owner.

And by the evening's candlelight, the boxes that glowed brightest were those made of gold...

Interview with royal gold gilders Hare & Humphrey who discuss fine art of gilding and take through step-by-step the restoration of Napoleonic eagles.

How gold became the life of the party

Gold in 1920s America was a bit like the young hedonists who flaunted it – a lot of razzle dazzle, but not always authentic.

This was an affluent new era of fast-living fellas and free-wheeling flappers, where money was spent just as quickly as it was made -- and though everything glittered, it wasn't necessarily gold.

"A lot of 'gold beads' were actually glass painted with a gilt exterior," explained Jennifer Marshall, professor of North American Art at the University of Minnesota. "They were fancy, but not always precious."

"This was an American wealth that cared more about appearances than actual value. They didn't know it at the time, but looking back, it was an age of quick wealth, not old money." 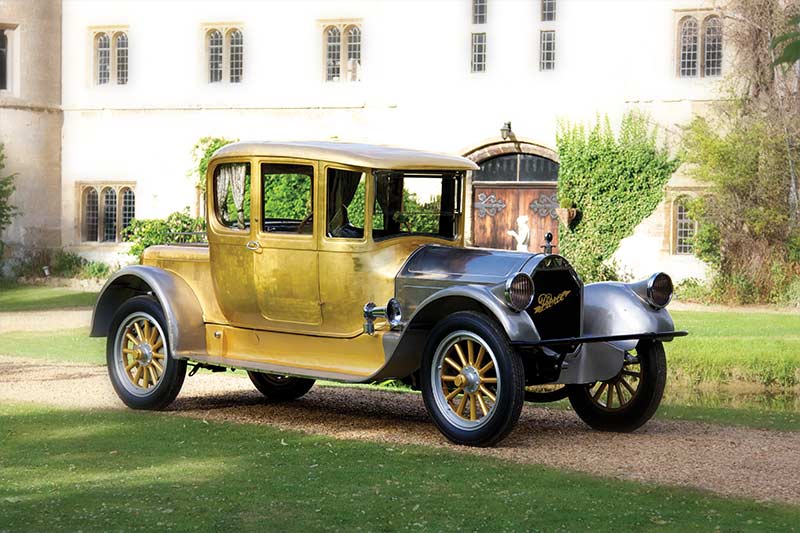 Where did this newfound affluence come from?

"The boom is fed by post-WWI consumerism and manufacturing," explained Marshall. "There's this real feeling that the U.S. is taking the mantle of Western Civilization.

"So in terms of gold, you see a lot of revival styles – Tudor, Chinese, Egyptian – in the U.S. If this is the new seat of civilization, then why shouldn't it also have those styles?"

The celebrity seal of approval 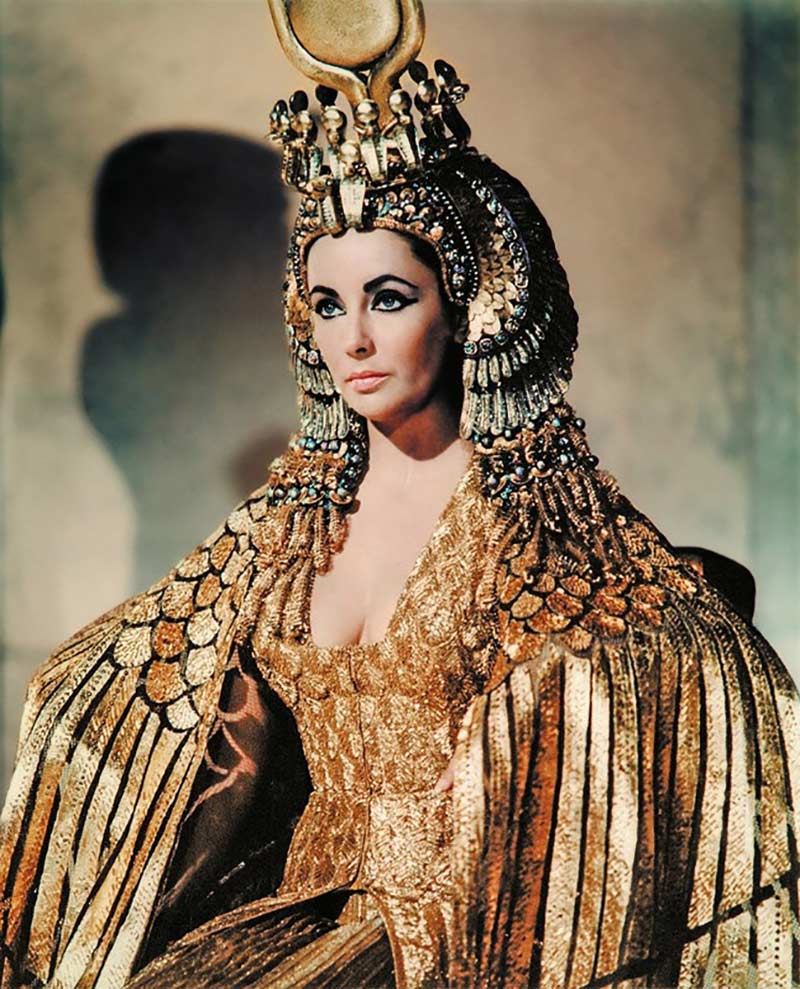 Sparkling, desirable, and unattainable. Our kings and queens of the screen are gold personified.

And even the most ordinary objects -- from a lighter, to a pen, or watch -- can be transformed into a valuable collector's item once they've come into contact with these otherworldly creatures.

Add a famous back story, engraved signature, and the allure of gold, and you're looking at a treasured piece of history that can sell for hundreds of thousands of dollars.