Where are the Russian forces in Ukraine?

Russian troops have been fighting in Ukraine, despite Moscow's denials, U.S. officials said August 28. Intelligence reports and analysis of satellite imagery point to specific instances of what a top Ukrainian army officer is calling “an invasion.” 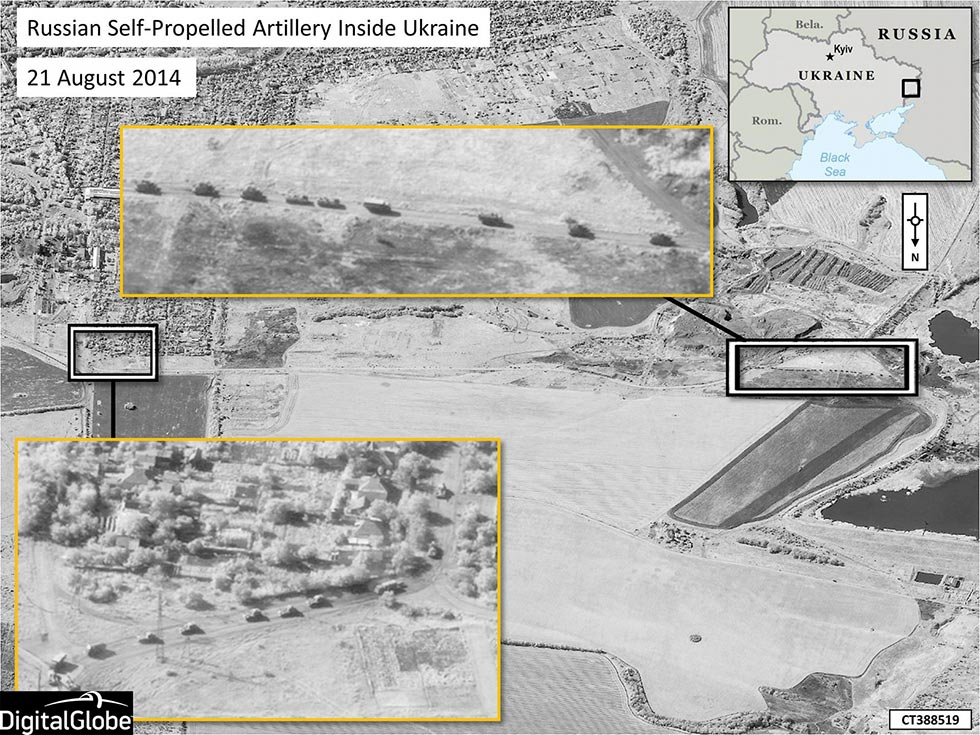 Satellite images from August 21 show “Russian self-propelled artillery units moving in a convoy through the Ukrainian countryside and then preparing for action by establishing firing positions,” NATO said in a statement. 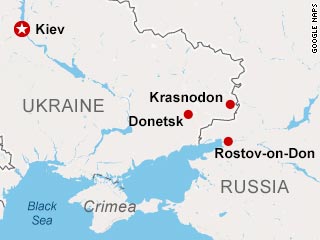 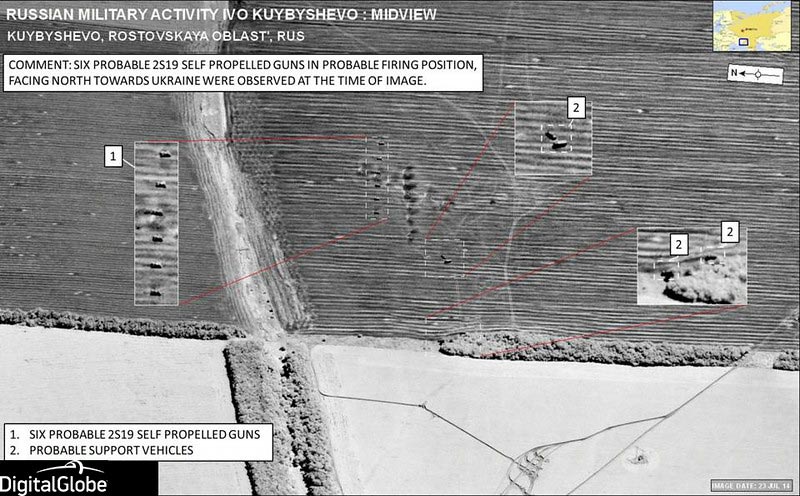 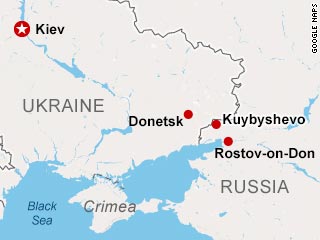 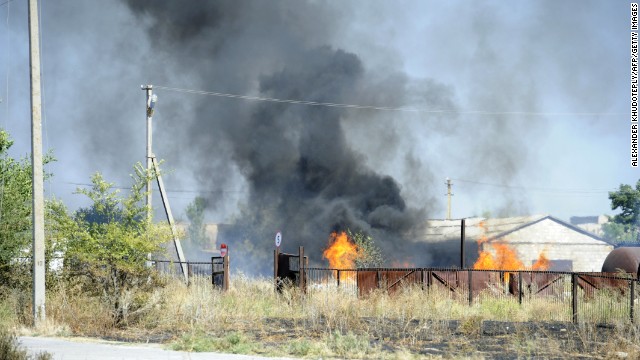 Ukraine's National Defense and Security Council said that Russian forces were in full control of Novoazovsk as of August 27. Novoazovsk is strategically important because it lies on the main road from the Russian border through Ukraine to Crimea, which Russia annexed in March. 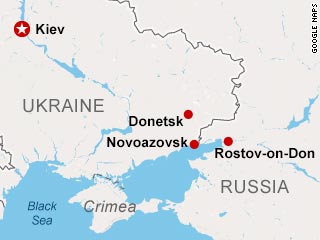 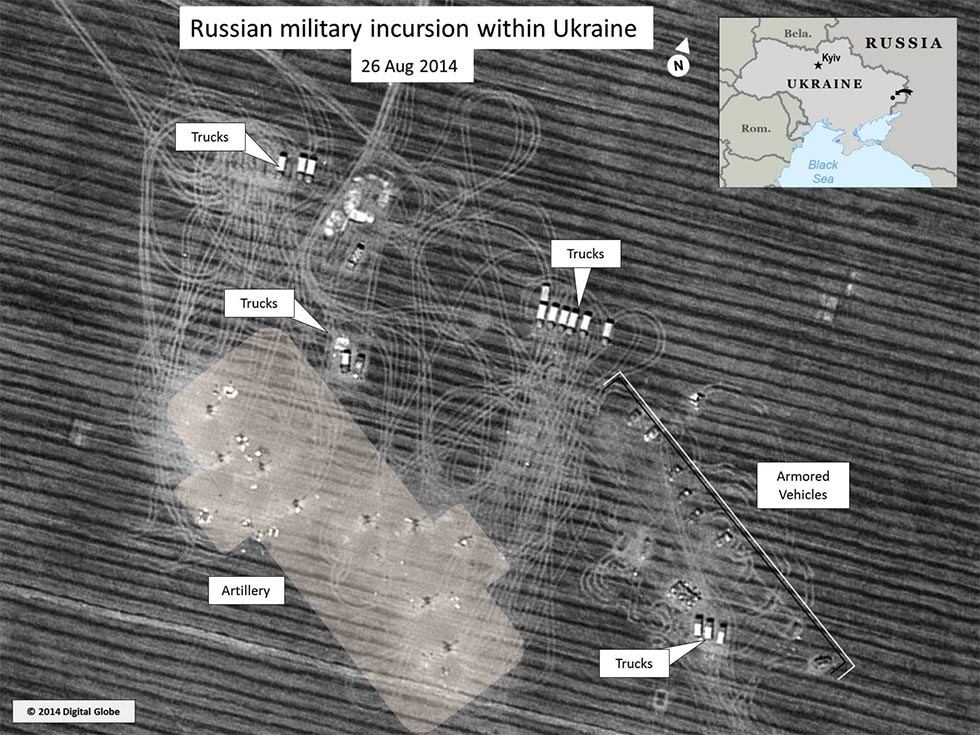 This image taken on August 26 and analyzed by British intelligence shows Russian military forces in a field east of Donetsk, a British security source says. It shows 15 heavy trucks, at least seven armored vehicles, and at least nine artillery positions. 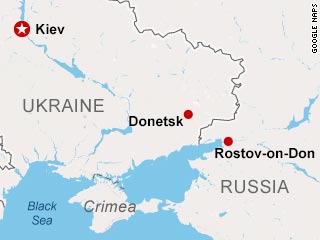