A year after Boston Marathon attacks, survivors are defiant and resilient

By Ray Sanchez, CNN. Photographs by Charlie Mahoney/Prime for CNN 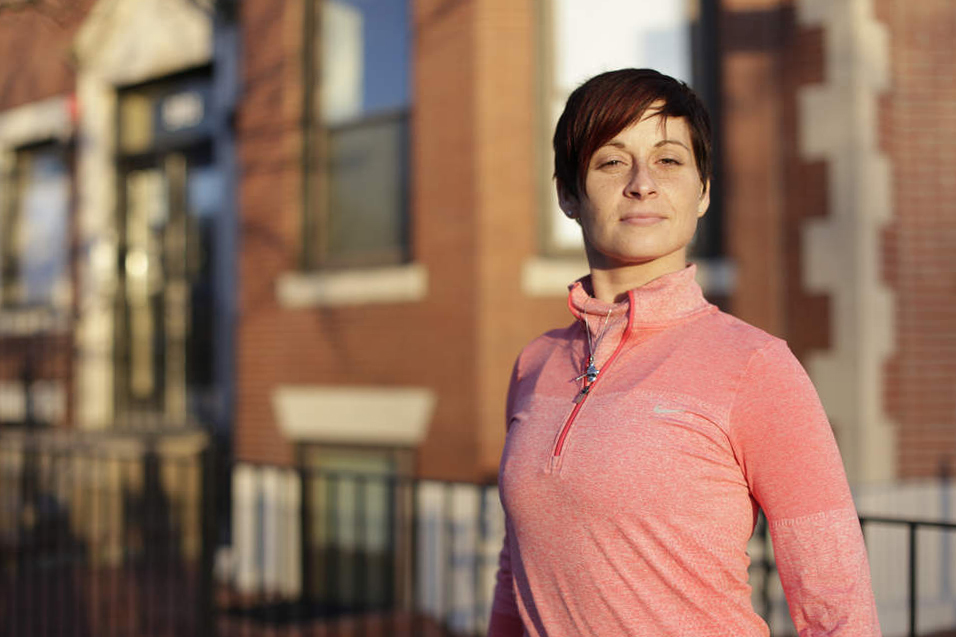 As Lee Ann Yanni got ready to run in this year's Boston Marathon, she made sure she had the silver stingray charm and necklace her father gave "his little girl" before he died of cancer. It is a talisman that back-to-back explosions at the 2013 marathon failed to rip from her body.

From the carnage near the marathon's finish line, more than 260 survivors emerged. Some lost limbs. Others suffered shattered bones, severe burns and shrapnel wounds.

"Once you make that left onto Boylston Street, it's all fair game."

This small army, including 16 who lost limbs, trudges on steadily. They have come to symbolize both defiance and resilience even as they struggle against anxiety, depression and post-traumatic stress.

Many have come to depend on one another. From the ashes of April 15, 2013, lasting bonds have been forged.

"I'm running for those that can't," Yanni said. "I don't run very pretty ... but at the finish line everybody is going to be represented."

The healing is both physical and emotional. It is a lifelong, personal marathon to repair the mind and body. These are some of their stories:

On marathon day last year, Yanni, a 32-year-old physical therapist, and her husband were spectators near the finish line when the homemade bombs exploded. Blood and bone poured from an open leg fracture. Shrapnel shredded muscle and tendons.

Before the first of three surgeries in the days immediately after the bombings, Yanni was asked to remove her rings and other jewelry. She implored a nurse to make sure nothing happened to the silver stingray charm from her late father.

"It was something he really enjoyed giving his little girl," she recalled. "I know he is with me when I wear it. He is close to my heart." 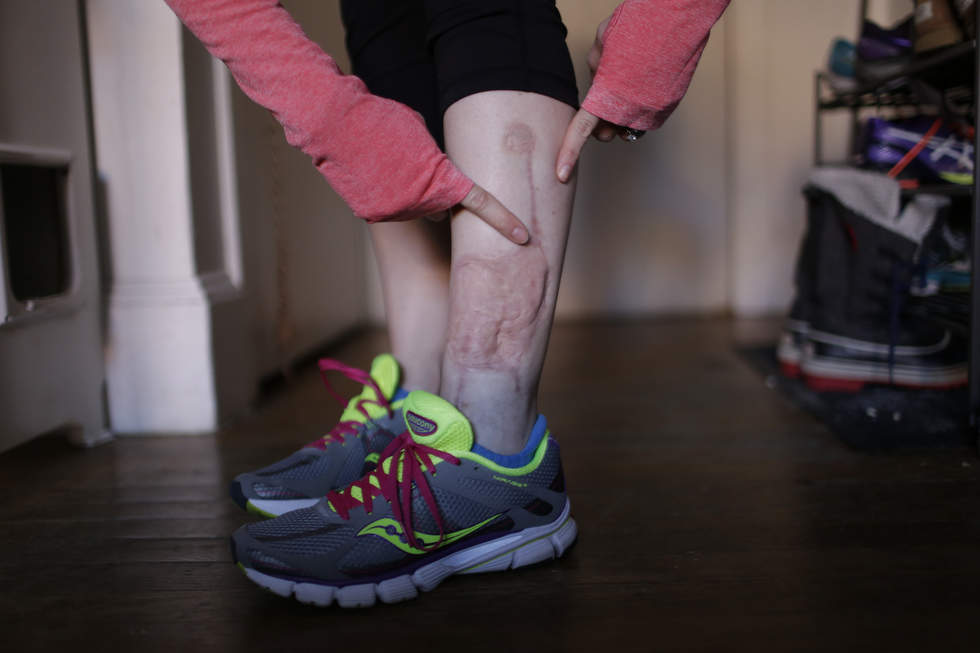 After the first operation, Yanni got her necklace back without the charm. The nurses searched everywhere. In cabinets, closets, drawers, piles of dirty linen.

"Everybody in the hospital was looking except the FBI," she said.

Before her third surgery, as she was lifted from a gurney to the operating table, she looked down. The stingray charm had been stuck to her hip. She took it as a message.

After several operations, Yanni was unable to walk for five and a half weeks before she resumed training for the 26.2-mile race. In October, she completed the Chicago Marathon in 5 hours 44 minutes.

Even now, a year later, her strength, balance and coordination are "not quite there yet," she said.

Yanni is participating in Monday's race with her husband Nicholas, who suffered permanent hearing loss after the blasts. They ran with other survivors as part of a support group known as "4/15 Strong."

"We're all going through the same thing," she said.

On the anniversary of the bombings last Tuesday, Yanni woke up feeling sick. She broke down crying.

"My body knew what happened that day," she said.

The two dozen or so members of "4/15 Strong" trained along every inch of the marathon course. And as race day neared, it was obvious this marathon would be different from all others, anywhere, any time.

An unprecedented number of spectators were expected. And hearts would be pounding along with feet.

"Once you make that left onto Boylston Street, it's all fair game," Yanni said. "Everybody is going to be pretty emotional getting back to the scene of the crime."

Steady rain and heavy winds whipped Boylston Street during Tuesday's anniversary tribute. Marc Fucarile, who was the last bombing survivor to go home from a hospital, 100 days after the attack, decided to stay away from the scene of the crime.

Instead, he watched the solemn flag-raising ceremony -- attended by Vice President Joe Biden and other dignitaries -- on TV at a nearby indoor reception area. 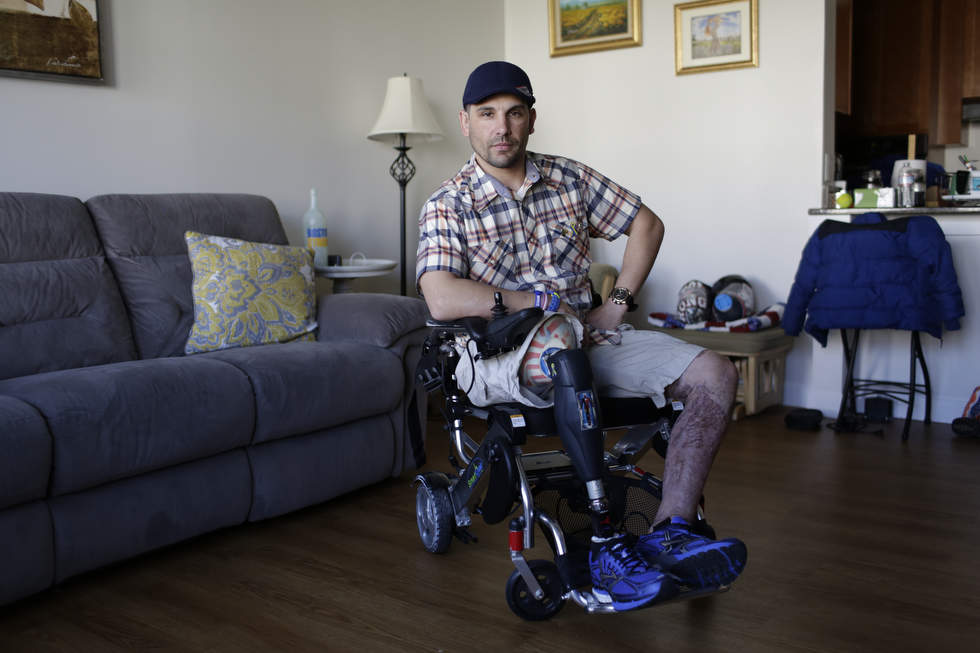 "My family still went down to the flagpole," he said. "The wind and the rain was so bad, I said, 'I'm not dealing with this.'"

Fucarile, 35, lost his right leg in the explosions. He suffered a broken knee and shattered foot on his left. Doctors told him he had the most severe burns of all survivors.

"I think I've had the most surgeries," he said. "I don't know the exact number. I could look it up but my medical records are like a 5,000 page book."

Since leaving the hospital in late July, Fucarile has had two surgeries. In October, part of his left leg was amputated. Two more operations are scheduled. With each operation, the socket that attaches the prosthetic to the limb has to be remolded. 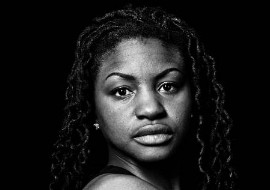 As America marks the anniversary of the Boston terrorist attack, survivors of three earlier bombings describe their journeys forward — and offer poignant words for those just one year away from the day that changed their lives.

"Your whole life is changed," he said. "Everything you do is different. Nothing is easy anymore. Your whole preparation in the morning, getting ready, getting out of bed, taking a shower, using the bathroom. Everything."

Then, there's the shard of shrapnel lodged in the inner wall of his heart. It if moves, it could kill him.

"Is there a 100% guarantee that it won't move? No," Fucarile said. "It's still in the right atrium where the blood flows, in the wall. They're hoping it's going to stay. If it comes dislodged, it's going to go through my heart and my lungs and do a lot of damage."

But Fucarile is not slowing down. Last week, a day before his wedding, Fucarile attended a court hearing for Dzhokhar Tsarnaev, the 20-year-old alleged terrorist captured in a surveillance photo the FBI says shows him carrying a backpack with a bomb near the finish line. Tsarnaev and his older brother, Tamerlan, who was killed in the manhunt, allegedly planted the bombs.

"Just to let them know that we're here, that we're alive," he said of his appearance in the courtroom. "To be there for the ones we lost, the ones who can't be there."

Tsarnaev goes on trial in early November. Prosecutors will ask a jury to put him on death row.

"Whatever he gets, he deserves," Fucarile said. "Personally I'd love to torture him and do what he did to many people. You know, he gets meetings with his sister. He could make phone calls to his mother once a month. This is so wrong."

Last Tuesday, Jane Richard, 8, wearing a prosthetic leg, and her brother Henry, 12, placed a wreath for their 8-year-old brother Martin in front of the Forum restaurant, where the second bomb exploded.

In an iconic image from earlier that fateful April afternoon, Jane and Martin are seen as spectators perched on a barricade to get a close look at the runners.

A few feet away, Tsarnaev walks by, allegedly carrying the bomb that would kill Martin, take Jane's leg and injure their mother and father.

"I kept looking over at the kids," said Aaron Hearn, who was standing a few feet from the Richard children. “They were screaming and yelling for their parents to keep running. They were cheering them on." 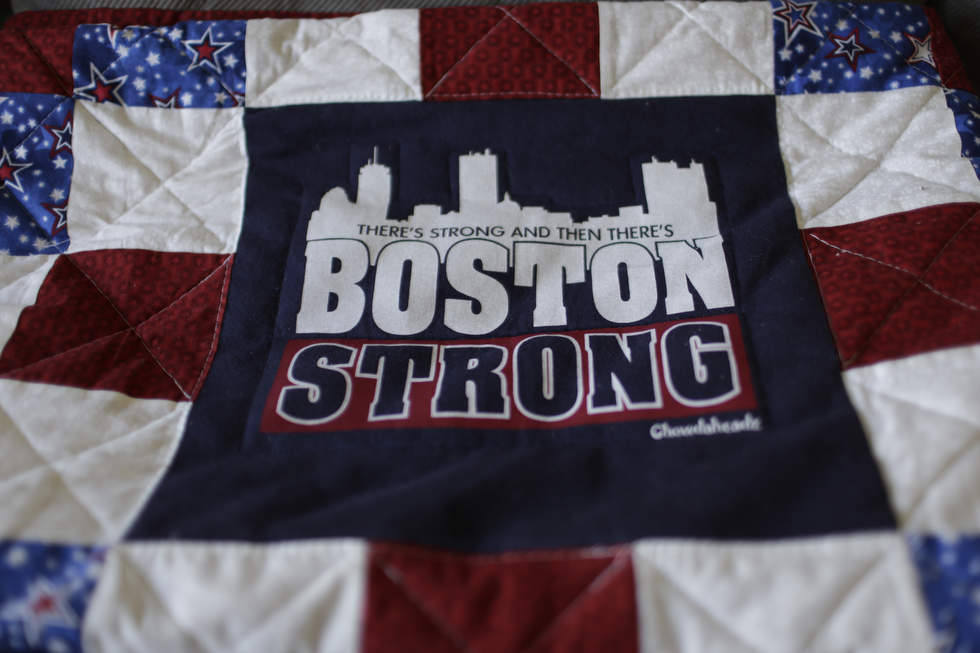 Like many survivors, Marc Fucarile received this Boston Strong quilt and other mementos from strangers. "I saved everything, he says. "I have boxes of stuff. I love to look at them.”

Aaron was standing with his friend David Yepez and their relatives. Katherine Hern, Aaron's mother, was completing her first Boston Marathon.

After the concussive blast, Aaron remembered seeing a woman trying to get little Martin to stand. He knew the boy was dead.

"Once in a while when I have visions," he said, "I see that lady trying to get that kid up."

"I have my scars still," he said. "They're probably going to be there forever, but I don't have any problems."

David, 15 at the time, suffered a torn eardrum, second-degree burns and shrapnel injuries. He has some hearing loss and a nearly constant, high-pitched ringing in his left ear. He remembers the Richard family.

"I think maybe Aaron had talked to them, like, 'Oh you're in a good spot. We need to try to get up to the fence to get a better view,'" David recalled.

"It was pretty shocking to see how close we all were," Aaron told CNN.

On Monday, Aaron's and David's parents will run in the first marathon after the bombing.

Aarron said he was inspired by meeting Martin Richard's family at a memorial. The family – their loss -- never escapes his mind.

"Many times I've had thoughts that weren't most appealing to my parents," he said. "I always wanted to trade places with them because I didn't think it was fair. I do remember how lucky I am and I know now that I have to do and stay where I am and keep excelling because I was meant to."

After the bombings, Jarrod Clowery would sit alone in his hospital room, his body covered in second-degree burns, his legs pierced by pellets and nails.

Clowery, a 36-year-old carpenter and professional pool player, said he would unwrap the bandages around his legs and pick at the wounds. Pieces of his jeans were still in his flesh. 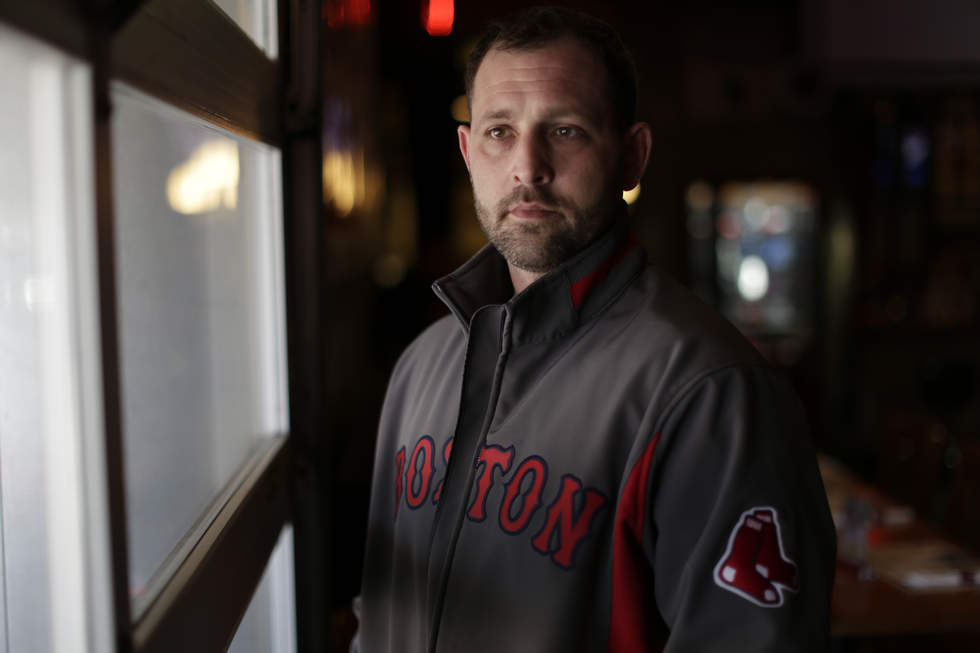 Jarrod Clowery, a former professional pool player, at Snookers, in Providence, Rhode Island. The second blast left him covered in second-degree burns, with his legs full of pellets and nails.

"I was heavily medicated," he said. "I could barely feel my legs."

It was only after Clowery took notice of the letters delivered to the hospital from children and supporters from throughout the world that he started to feel better.

"I was reading the letters and, instead of crying and being scared, I was laughing my ass off," he said. "I was still crying but now they were tears of joy. I started to see the best of humanity, not the worst."

"What I saw in 10 seconds was enough for a lifetime."

Still, the fear could be overpowering. Loud sounds startled him. He would sit on his hospital bed some days thinking about the building collapsing over him. He worried about the friends he was with at the marathon.

His buddies, brothers Paul and J.P. Norden and Marc Fucarile, each lost a leg in the carnage.

"My friends are great people," he said. "I'm so blessed that they're all still alive. I have a lot of guilt but my friends won't let me have it. They would have nothing to do with it."

The first blast occurred about a block from where Clowery and his friends were standing. Moments later, a second bomb exploded outside the Forum restaurant, just a few feet from Clowery.

"I thought all my friends were dead," he said. "How the hell am I alive? I was standing two feet from J.P. and Paul. And then everything was a bloody mangled mess. There were chunks of people everywhere and there I am standing. It was dreamlike."

He added, "What I saw in 10 seconds was enough for a lifetime."

Clowery said it took time to get to a better place. He has started the "Hero's Hearts Foundation," which seeks to "recognize everyday heroes" and campaign against bullying in schools.

Over the winter, Clowery and his buddies went ice fishing.

"And for a period of time, the bomb never went off," he said. "We were just friends again. Things are going to be normal. It's just going to be a different kind of normal."

The man who inspired the Boston bombings

How the Boston attack changed us