They're teachers, students, leaders, ordinary people – and they're all shaping Chicago's future, for better or worse, at a critical moment in the city's history. Meet the people who are changing Chicago: 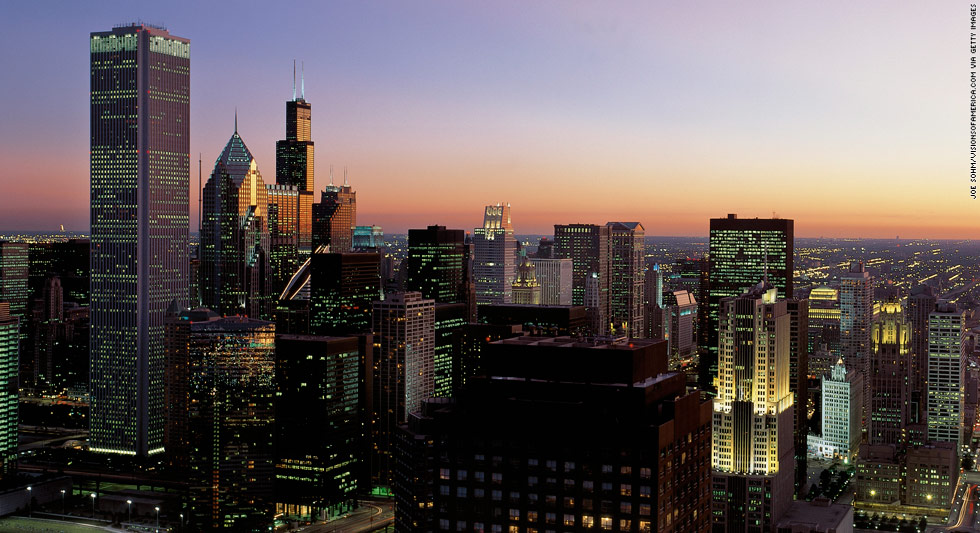 "I happen to think the city of Chicago is the most American of American cities." — Rahm Emanuel

He's the fast-paced, energetic mayor of Chicago who rose to national prominence in his previous job, as President Barack Obama's chief of staff. Since 2011, he's taken on the Second City's massive budget shortfall, outraging many Chicagoans with his plan to shut down more than 50 Chicago public schools deemed underutilized. Critics say the plan will endanger students who will have to walk across gang lines to get to their new schools. Supporters say the closings will create a more efficient school system and help close the huge budget deficit.

"I look at myself as the parent of hundreds of kids." — Liz Dozier

With a walkie-talkie in hand and a booming voice, Fenger High School Principal Liz Dozier stomps down the sidewalk in her high heels, shouting at her students, "Get out of the street! I'm not gonna say it again!"

When she first arrived at Fenger, there were gang fights in the school's hallways, prompting a massive police presence and hundreds of students being arrested. Things are turning around under Dozier, even though many of her students are still affiliated with gangs – meaning a schoolyard fight can quickly erupt into a gang battle.

"Right now I'm trying to save Chicago. All of it." — Garry McCarthy

There's a sense of impatience inside the office of Garry McCarthy, Chicago's police chief, as he entertains questions from a reporter on speakerphone. He deflects questions about how he's been accepted as an outsider by the Chicago police force -- he's from New York -- saying he's got much bigger problems to deal with, such as gangs, gun violence and keeping Chicago safe.

When Mayor Rahm Emanuel vowed to take on Chicago's gun violence, he immediately brought in McCarthy. A year into leading Chicago's police force, he was hailed as a hero – then, the city's homicide rate skyrocketed at end of 2012, making it the highest in the nation with more than 500 murders. There were calls for his resignation. Now, the city's homicide rate is at its lowest in decades. Still, the Chicago Police Department isn't celebrating. "Chicago has one of the worst, most difficult, most intractable gang violence problems in the country," McCarthy says.

"We are not toys. We are not going down without a fight." — 4th grader Asean Johnson

Asean Johnson speaks to the crowds in Chicago with a passion and fervor beyond his nine years. Johnson is a fourth-grader at Marcus Garvey Elementary School, one of dozens of schools slated to close under Emanuel's plan (it was later spared). He attracted national attention for his fiery speech against that plan during last summer's protests. "Rahm Emanuel thinks he can just come into our schools and move all our kids all over gang lines and just say, 'Oh we can build a building right here, let's take this school out, we don't care about these kids,' " Johnson says, to the cheering crowd. "But it's kids in there. They need safety." His powerful speaking has stirred talk of Johnson as a contender for the future mayor of Chicago. He was invited to speak at the Lincoln Memorial to commemorate the 50th anniversary of Martin Luther King Jr.'s historic March on Washington.

"There's a lot of Chicago influence that I put into the music." — Chance the Rapper

Chance the Rapper grew up as Chancelor Bennett in the Chatham neighborhood of the South Side, practicing his lyrical skills after school. Now the 20-year-old rapper has hit the big time, dubbed Spin Magazine's rapper of the year in 2013 for his latest album, "Acid Rap." The magazine calls his music "distinctly Chicago-proud" with songs that "inhabit a series of lost and half-found characters." Chance's inspiration comes from his struggle to deal with the murder of his friend, Kevin Ambrose.

"I personally feel you're on the wrong side of history. And history will judge you." — Karen Lewis 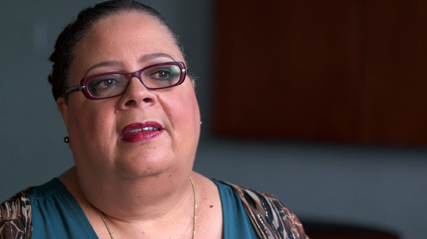 "He's murdering schools, he's murdering good jobs, he's murdering housing, I don't know what else to call him." She led the teachers on a weeklong strike in 2012 after hitting an impasse over several issues, including the length of the school day and tying teacher evaluations to student performance. The next year, she led the charge against the mayor's plan to shut down schools.

"My world is all about living in people's worst nightmares." — Dr. Andrew Dennis

Gunshot wounds, lacerations, close calls with death – just a regular day at the office for trauma surgeon Dr. Andrew Dennis. When he returns home, it's the sounds of his daughter's violin practice, a bout of wrestling with both kids, then trying to sneak in a quick nap. Quite a contrast from Chicago's Cook County Trauma Unit -- one of the country's largest urban trauma centers where Dennis treats on average more than 20 critically injured patients a day. "In the summer, this is the norm," Dennis says about the busy pace. "This is not the exception, this is the rule." Dennis says in his profession, you must compartmentalize your emotions, but it's not always possible. "I have my ghosts. There are patients that I can flash back to the moments of seeing someone's life snap away," he says. "And I guess every surgeon does have his own cemetery and he or she I'm sure visits them regularly. I do."

"Principal Dozier always keep my spirits up and tell me like everything's gonna be OK." — Jason Barrett

Behind the tattoos on his face, Principal Liz Dozier sees a bright future for her former student, Jason Barrett. The question is, does he? Barrett got his diploma from Fenger High School in 2012 but after that, he ran afoul of the law and ended up in jail. Dozier spends countless hours convincing the judge and a rehab program that Barrett is worthy of a second chance. Her desire to help him stems from her wish that someone had been there to help her father, who also spent time in jail. "I don't know if there is a point in which you give up on kids," she says. "What's a kid like him going to do? Do you know what I'm saying? Your face is tatted up, you have a record, who else is really going to help him?"

From the streets to the mayor's office

"I'm taking it day by day because I still can't believe that this stuff is happening." — Martell Cowan

Martell Cowan's personality made such an impression on Mayor Rahm Emanuel, who met the teen at a basketball program for inner city youths, that he offered him a summer internship. "There's just something about his personality, and I'm taken with it," Emanuel said. Martell is scheduled to graduate from high school in May and plans on attending college in the fall. "And I'm trying to help him to knuckle down and buckle down for college," says the mayor.