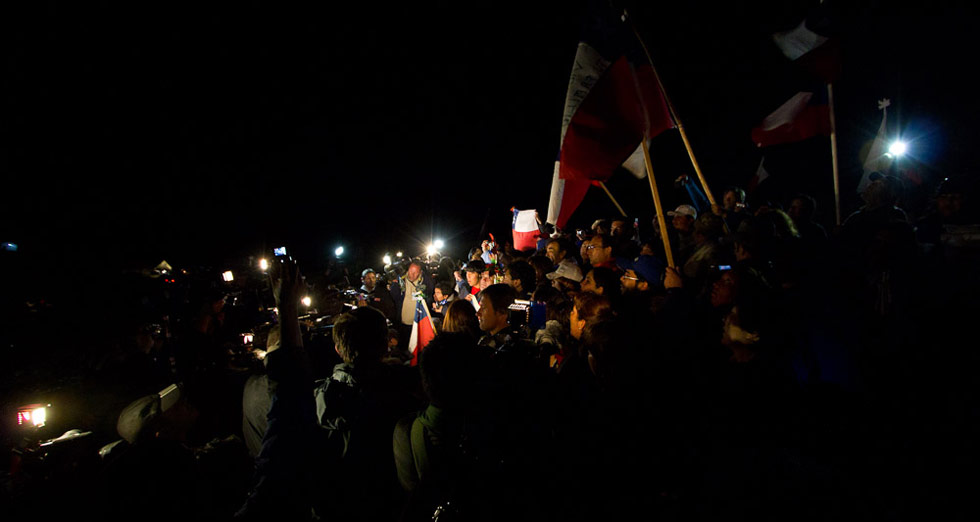 A crowd of onlookers at Camp Hope cheer after the last miner arrives on the surface. 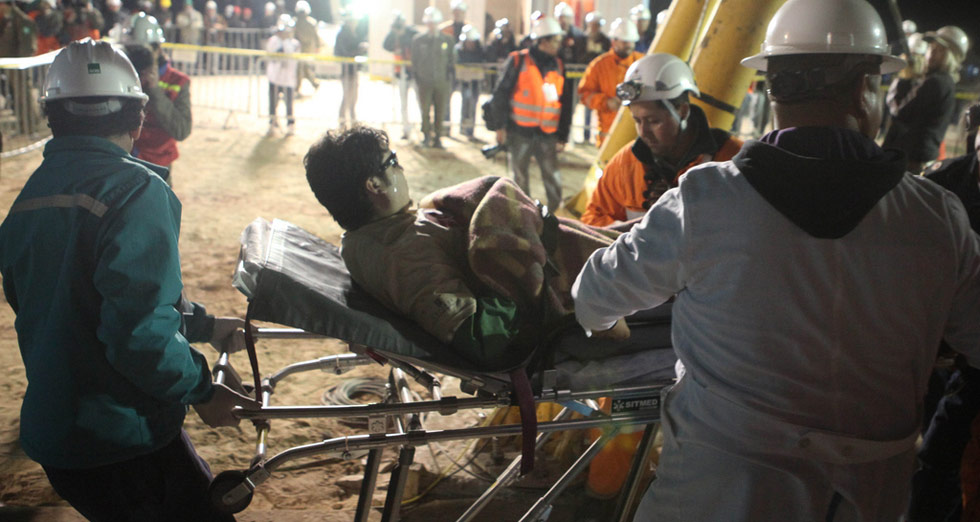 Pedro Cortez, the 31st miner pulled to the surface, is wheeled away from the mine on a stretcher. All of the miners were scheduled to undergo a medical exam after exiting the mine. 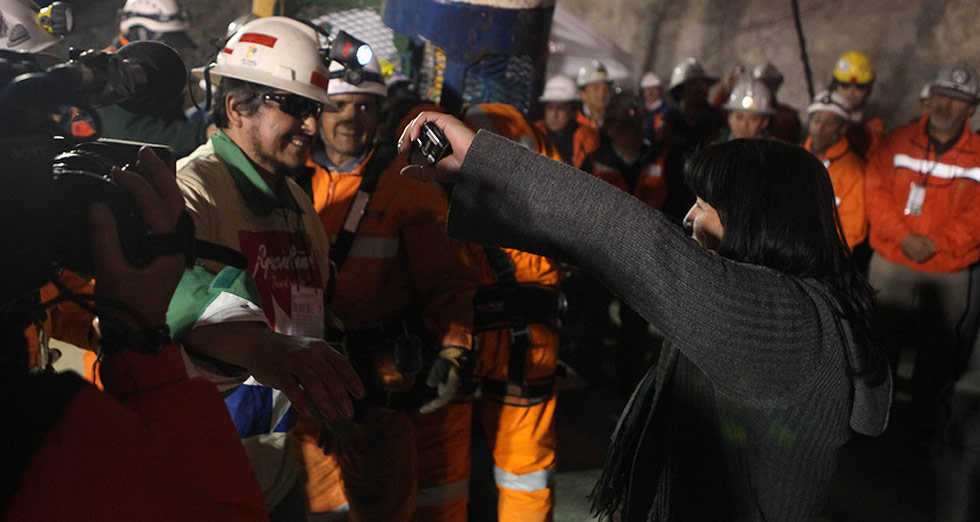 Juan Carlos Aguilar, the 29th miner to be rescued, approaches a family member upon reaching the surface. 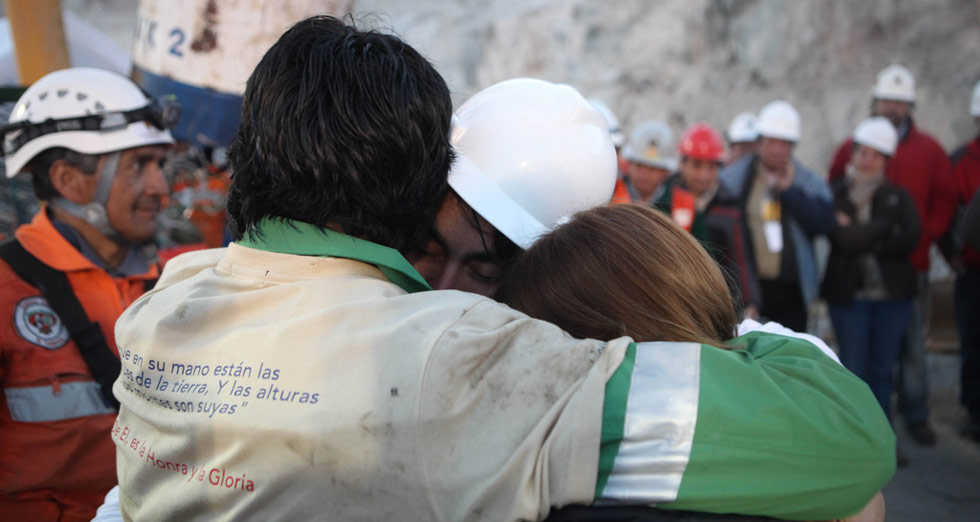 The 27th miner to reach the surface, Richard Villarroel, is embraced by loved ones above ground on Wednesday. 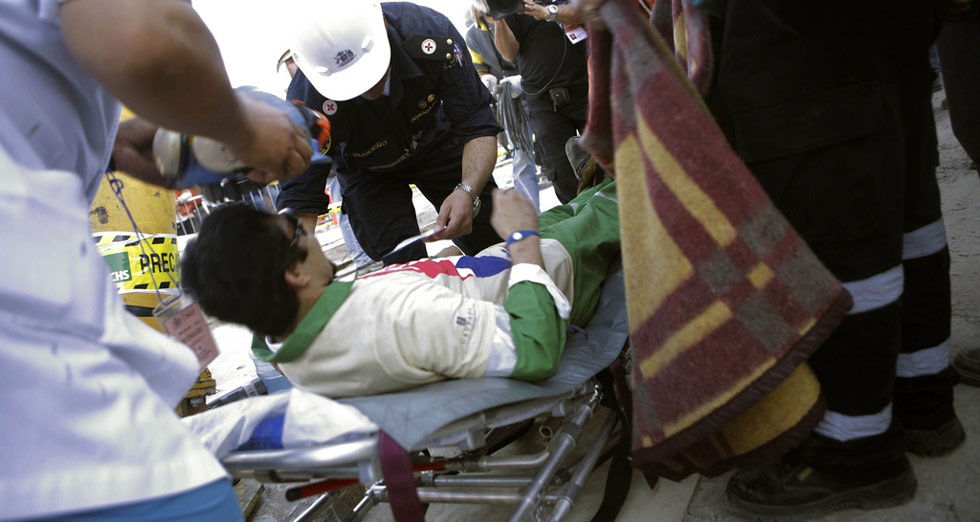 Renan Avalos lies on a stretcher to be taken for medical exams Wednesday. Avalos was the 25th miner rescued. 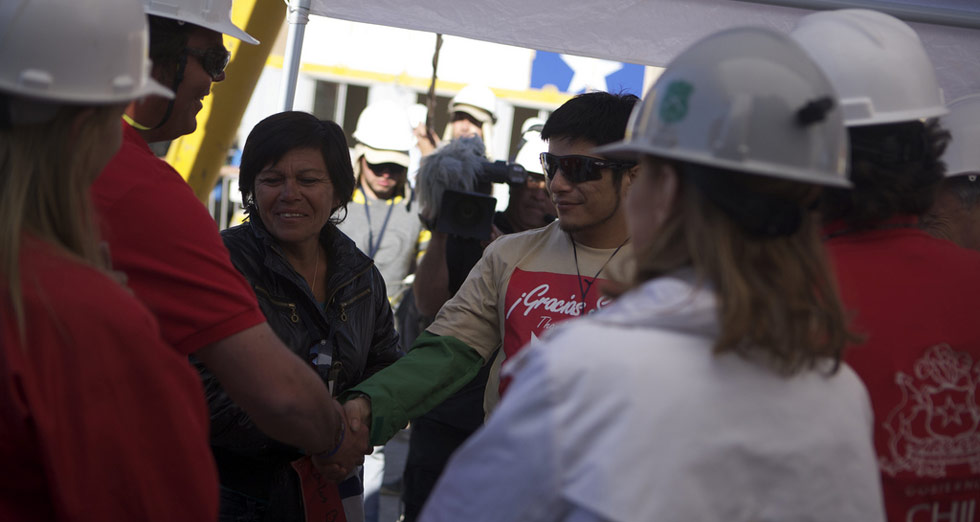 Carlos Bugueno shakes hands with workers and officials at the surface after becoming the 23rd miner rescued. 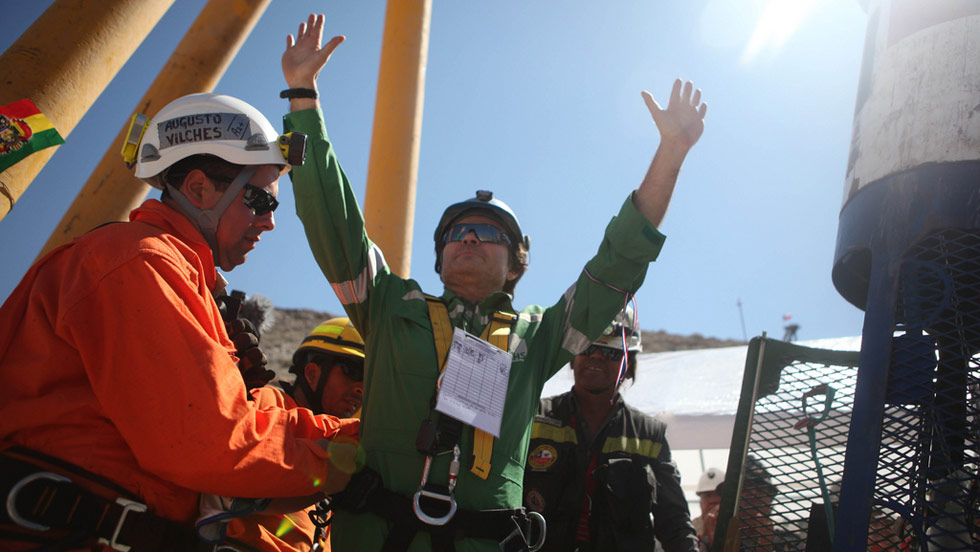