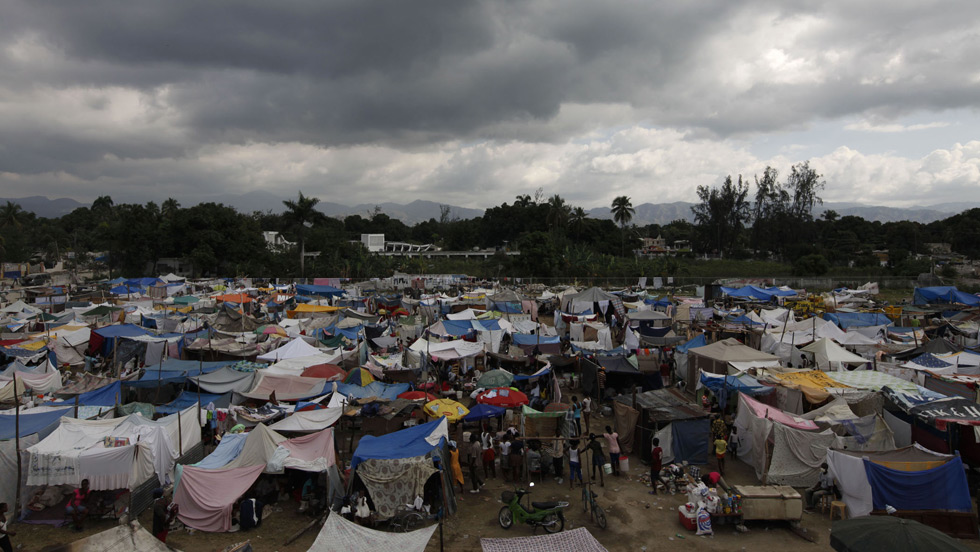 Tents and other temporary shelters cover a stadium surface in Loagan, Haiti, on Sunday, January 17. 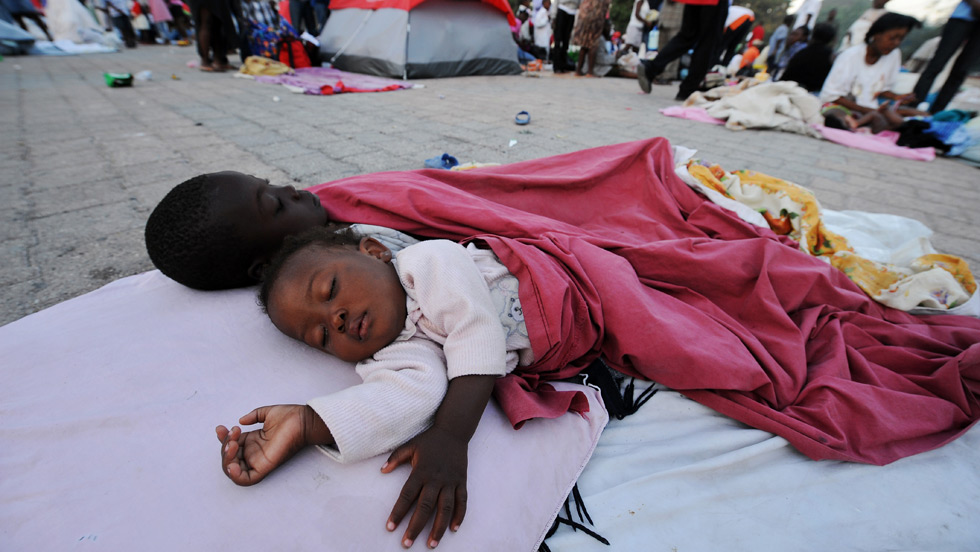 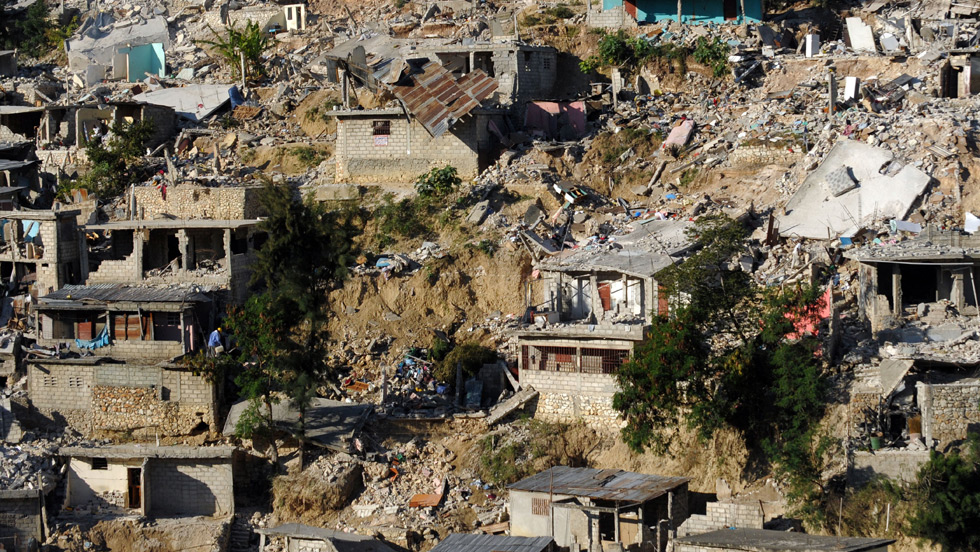 Rubble and debris from destroyed buildings cover a hillside Monday in Port-au-Prince. 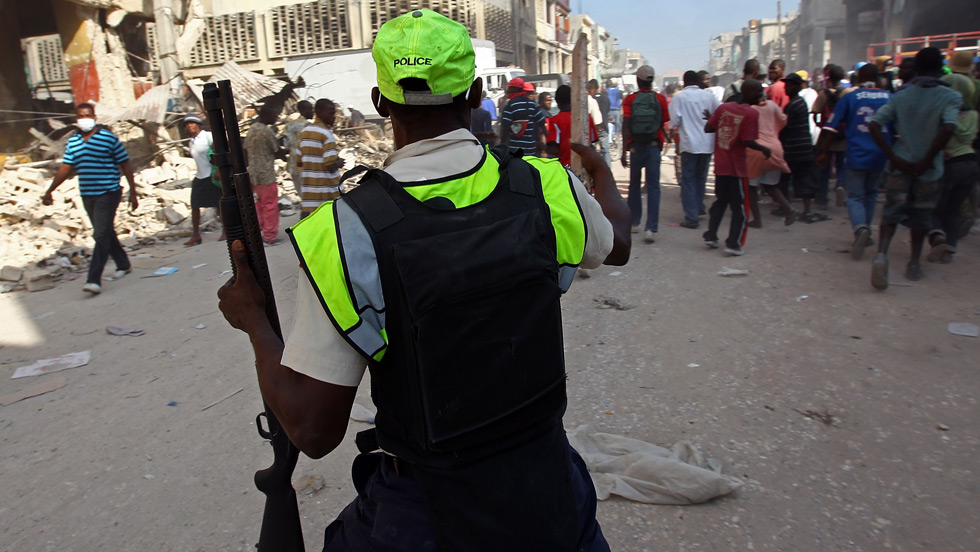 A policeman tries Monday to keep residents from a section of downtown Port-au-Prince where a supermarket collapsed. 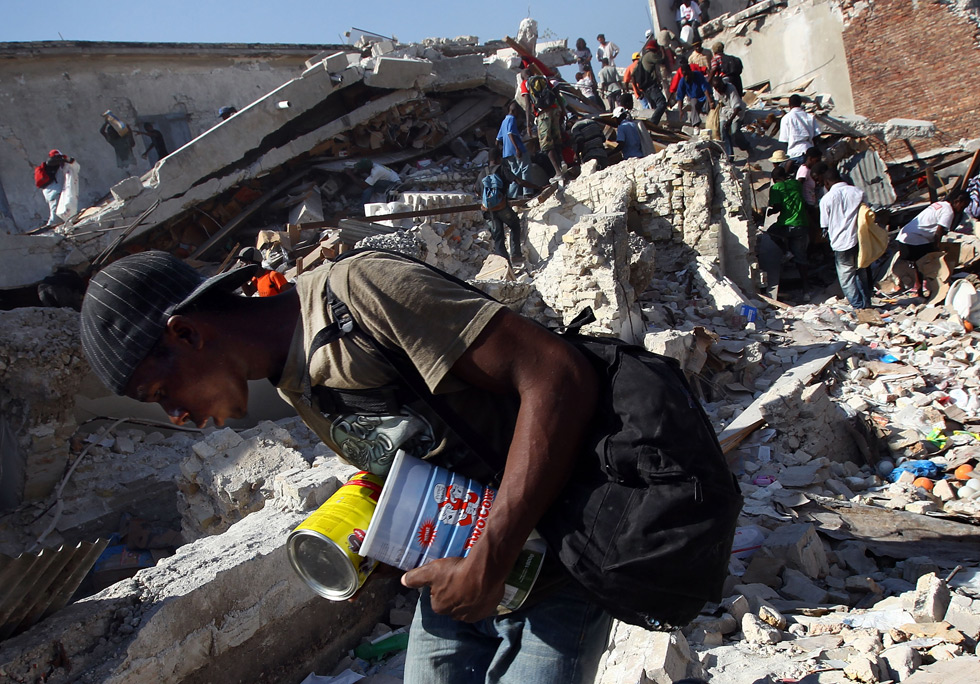 Residents searching for food climb over the remains of a supermarket Monday in Port-au-Prince. 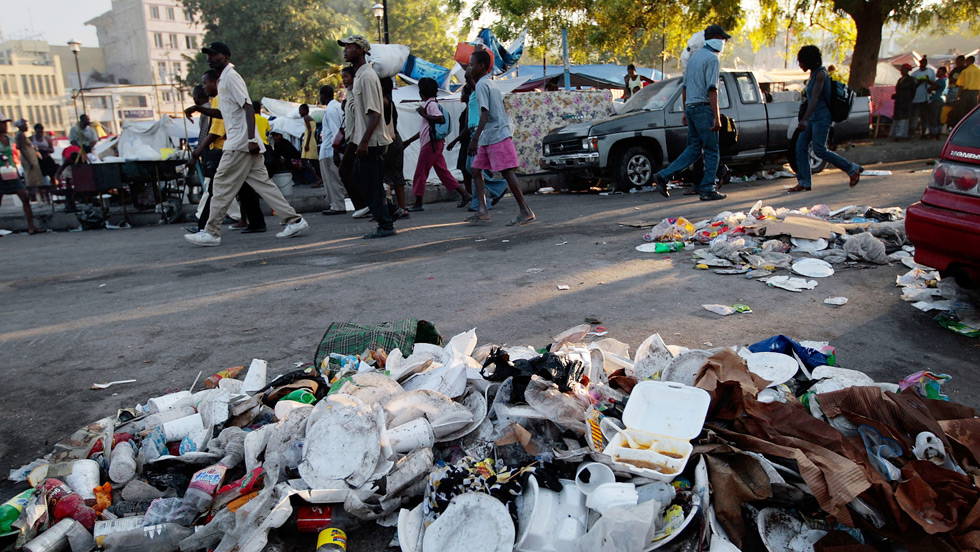 Garbage piles up Monday outside a makeshift camp for displaced residents in Port-au-Prince. 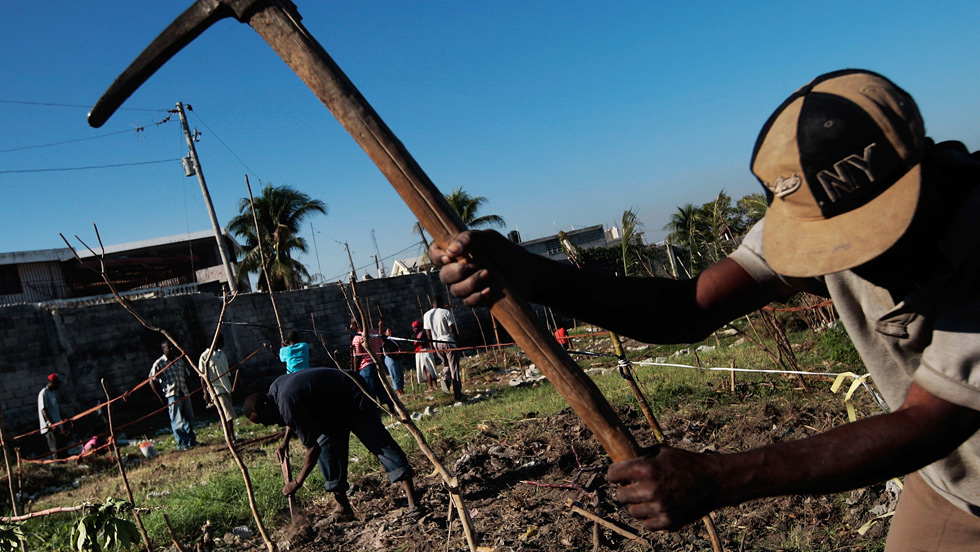 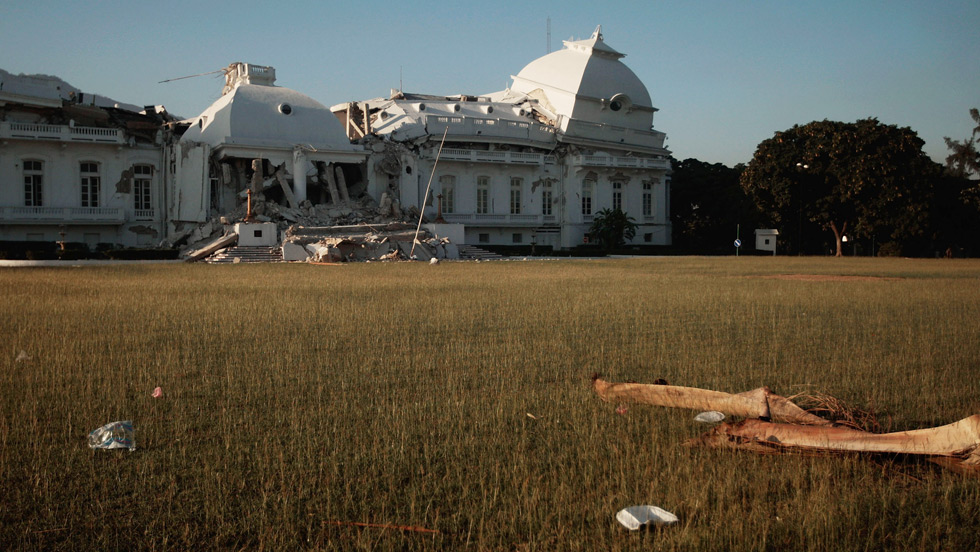 Trash litters the lawn of the damaged National Palace in Port-au-Prince six days after the earthquake.

Page 2 of 6
Previous Gallery | Next Gallery