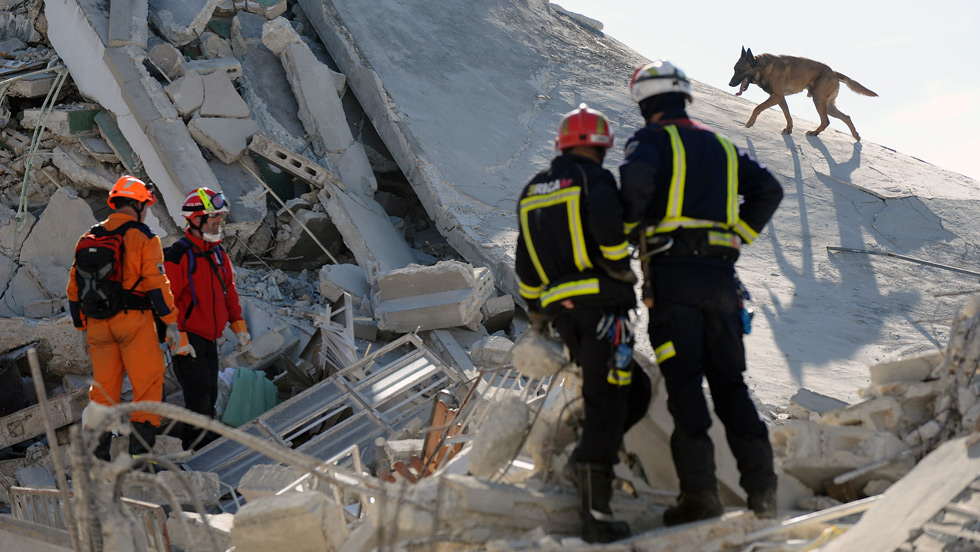 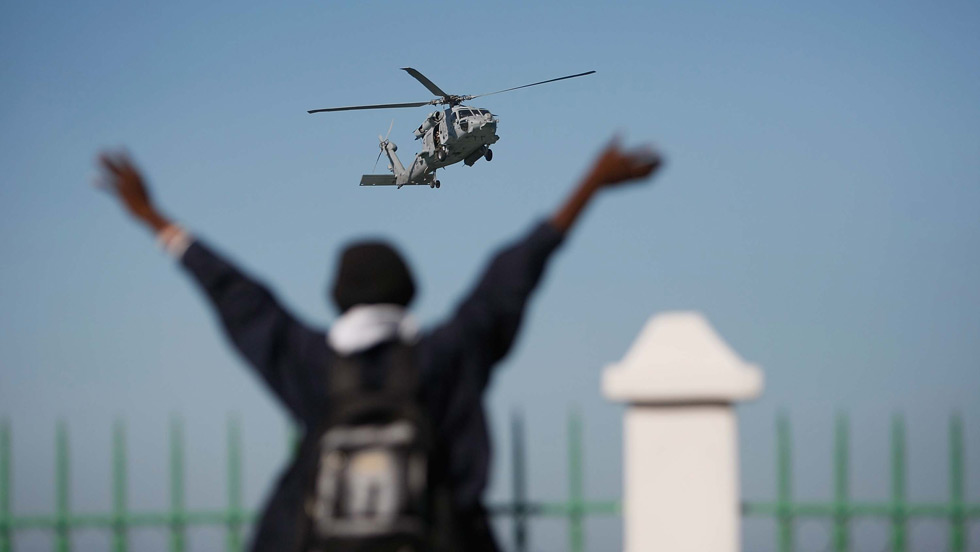 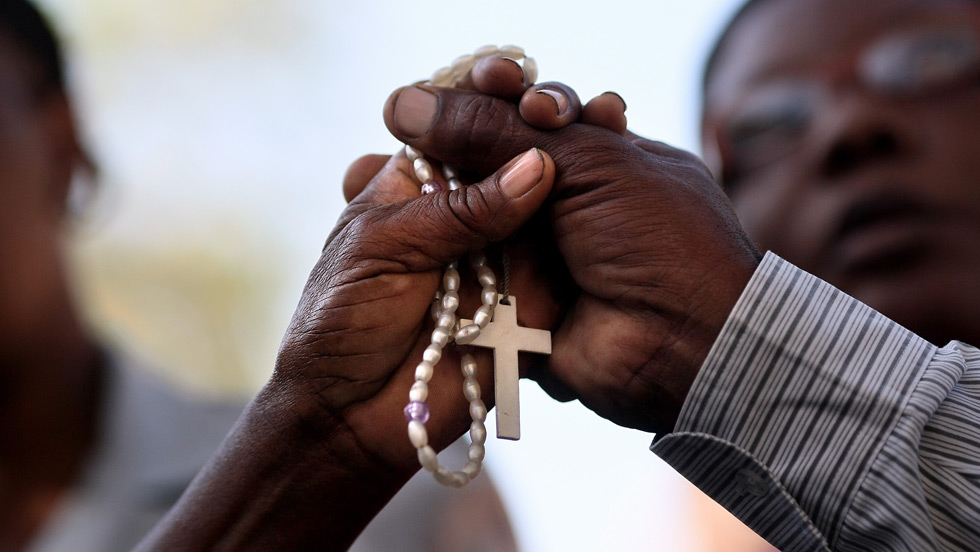 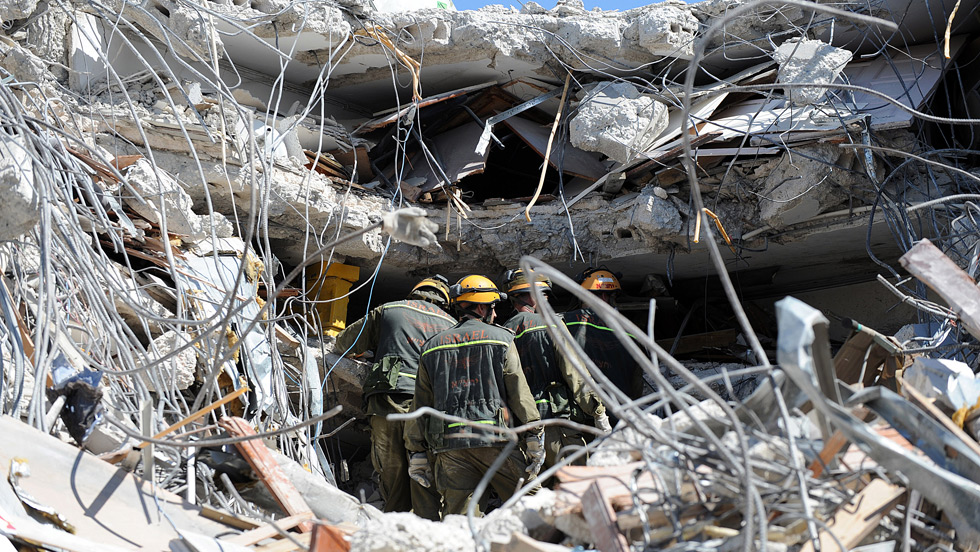 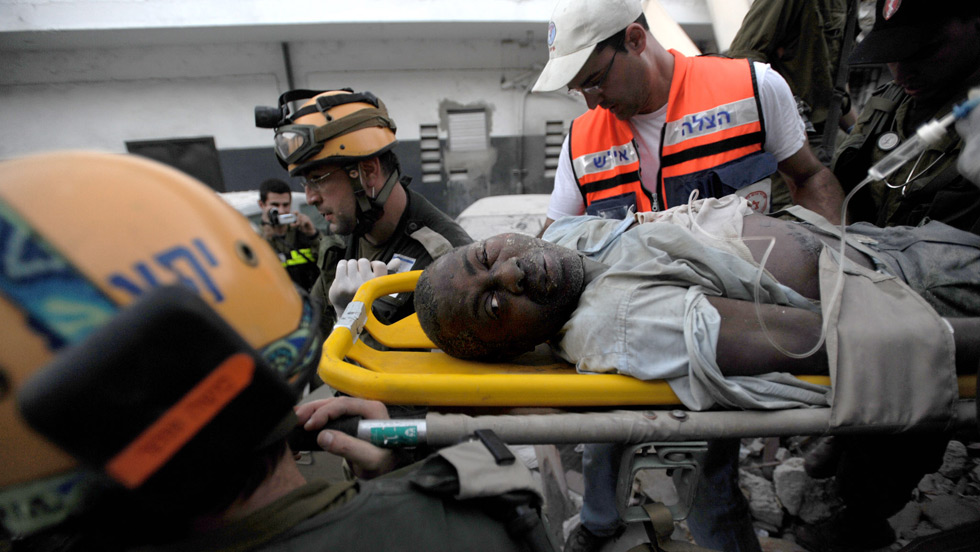 An Israeli team rescues a man from a collapsed building Saturday in Port-au-Prince. 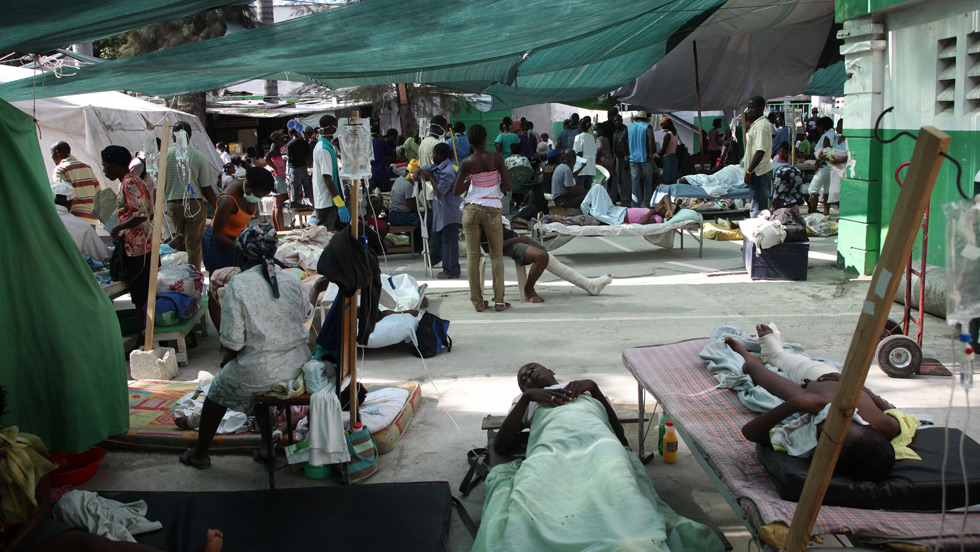 Earthquake victims await treatment Saturday at a Doctors Without Borders facility in Port-au-Prince. 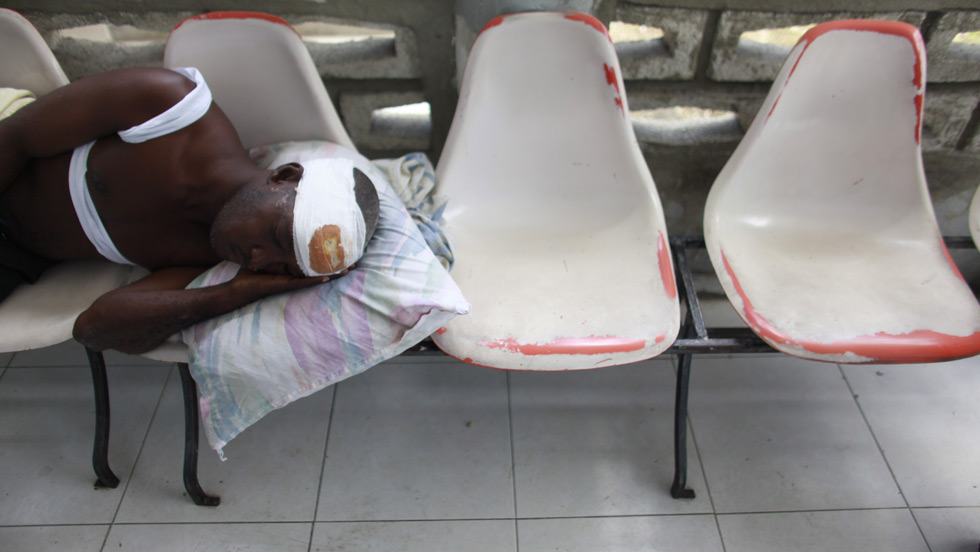 An injured man lies on a row of seats Saturday outside the general hospital in Port-au-Prince.

Haitians board and climb onto buses leaving Port-au-Prince on Saturday.

Page 4 of 6
Previous Gallery | Next Gallery