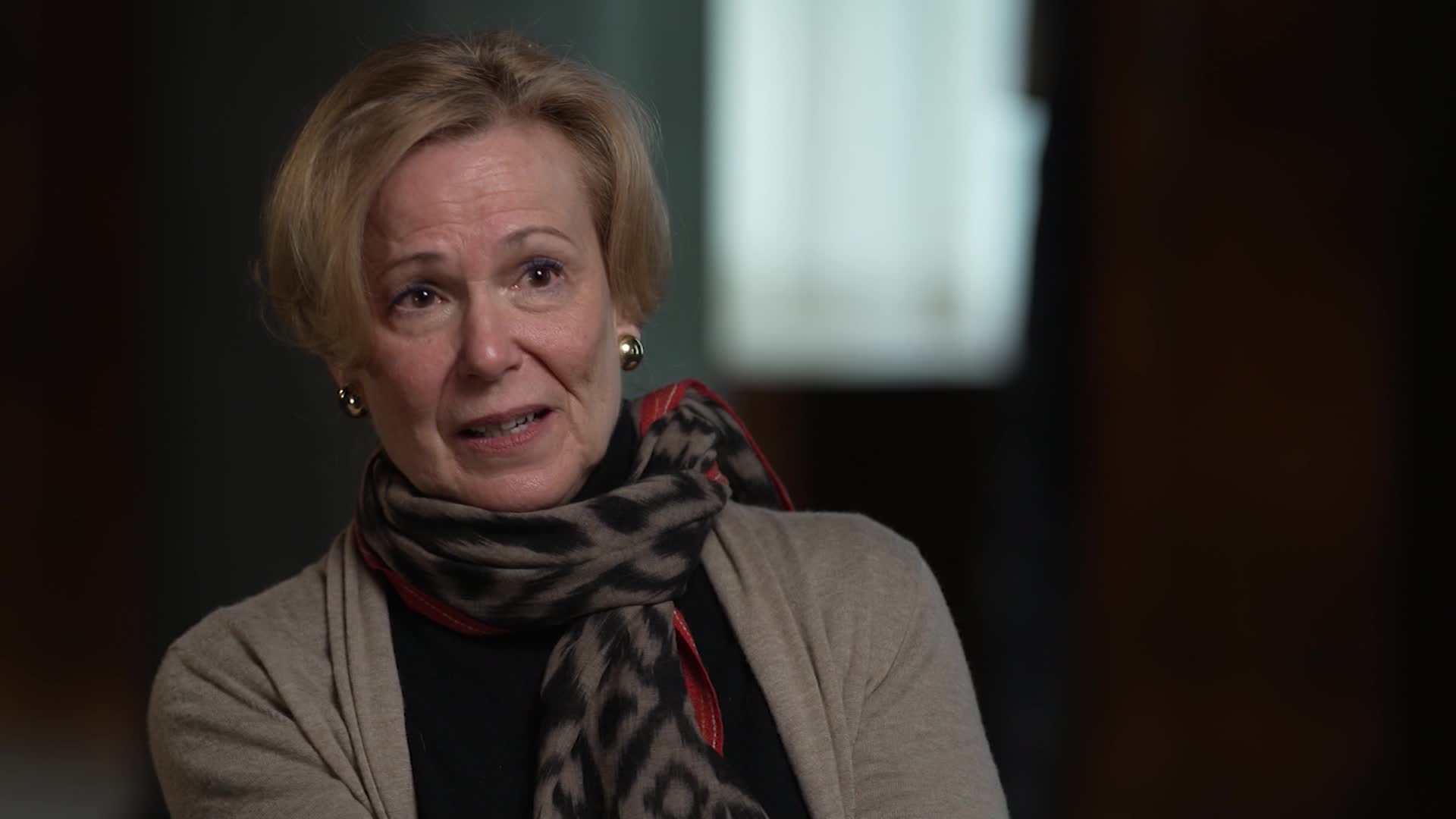 Dr. Deborah Birx, the White House coronavirus task force coordinator under President Trump, reflected on her time under the former president and what she considered "fault number one" in responding to the coronavirus pandemic.

"The federal government did not provide consistent messaging to the American people and that is fault number one," Birx said.

More on Birx: She has been a government employee since 1980 when she joined the Army shortly after receiving her medical degree, and is now one of the country's top immunologists. 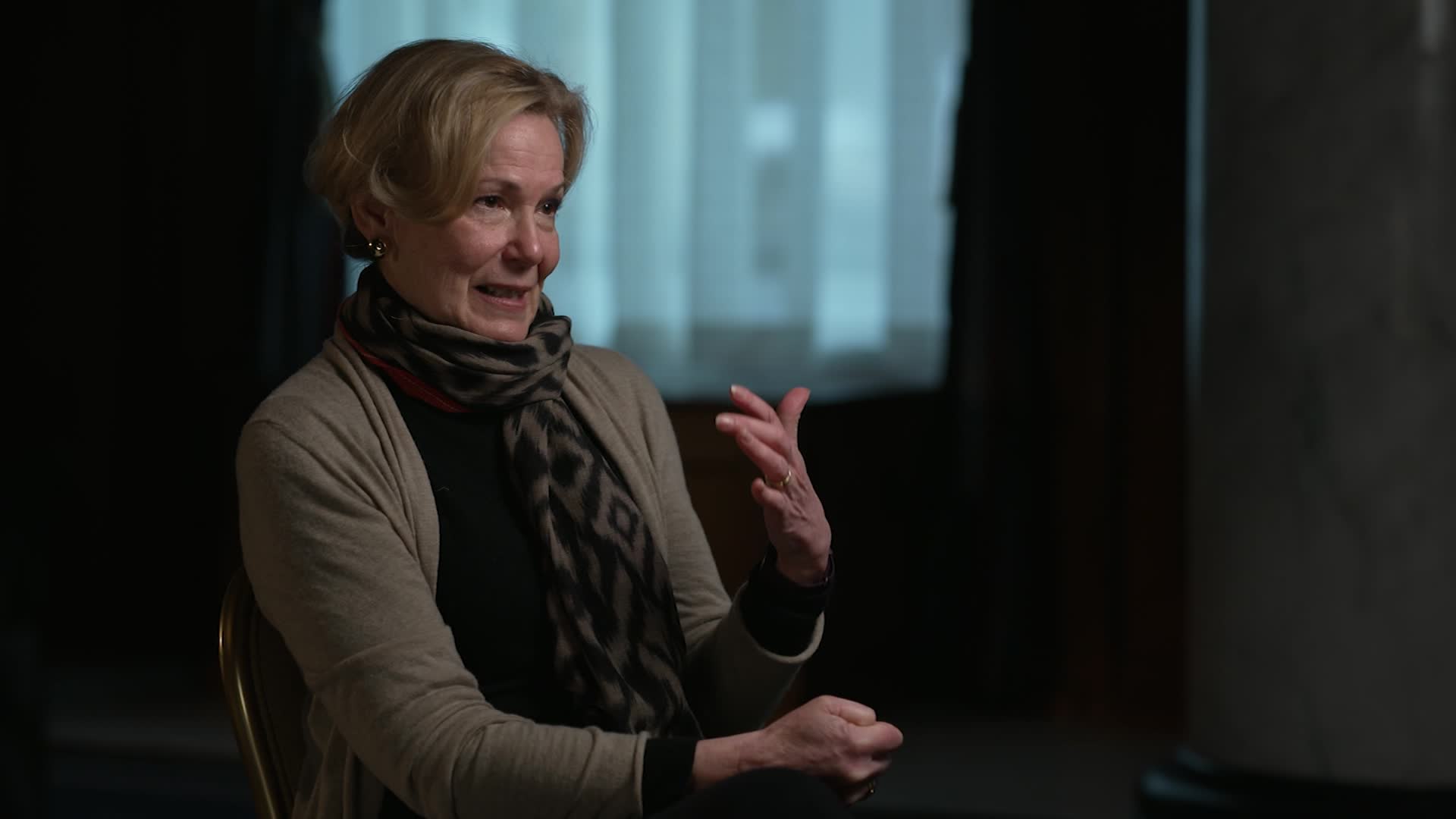 Dr. Deborah Birx, who served as the White House coronavirus response coordinator under former President Donald Trump, said that she received a "very uncomfortable" and "very difficult" phone call from Trump after speaking publicly about the spread of Covid-19.

Birx said the phone call followed her appearance on CNN in August.

"It was a CNN report in August that got horrible pushback. That was a very difficult time, because everybody in the White House was upset with that interview and the clarity that I brought about the epidemic," Birx told CNN's Dr. Sanjay Gupta in the documentary "COVID WAR: The Pandemic Doctors Speak Out."

"I got called by the President," Birx said. "It was very uncomfortable, very direct and very difficult to hear."

Gupta asked, "Were you threatened?"

Birx responded, "I would say it was a very uncomfortable conversation."

Dr. Stephen Hahn, former commissioner of the US Food and Drug Administration, said in a CNN special report Sunday night that he still stands by the agency's decision to issue an emergency use authorization, or EUA, for the drug hydroxychloroquine to treat Covid-19. That EUA was later revoked.

At the time, former President Trump frequently touted the use of hydroxychloroquine for the treatment of Covid-19.

"My lesson from that is that the discussion around medical interventions for a public health emergency are best held by medical experts," Hahn said.

"When the President, from whatever podium he was at, talked about a therapeutic or some medical intervention, that became a political football, frankly," Hahn said. "It was an unfortunate situation." 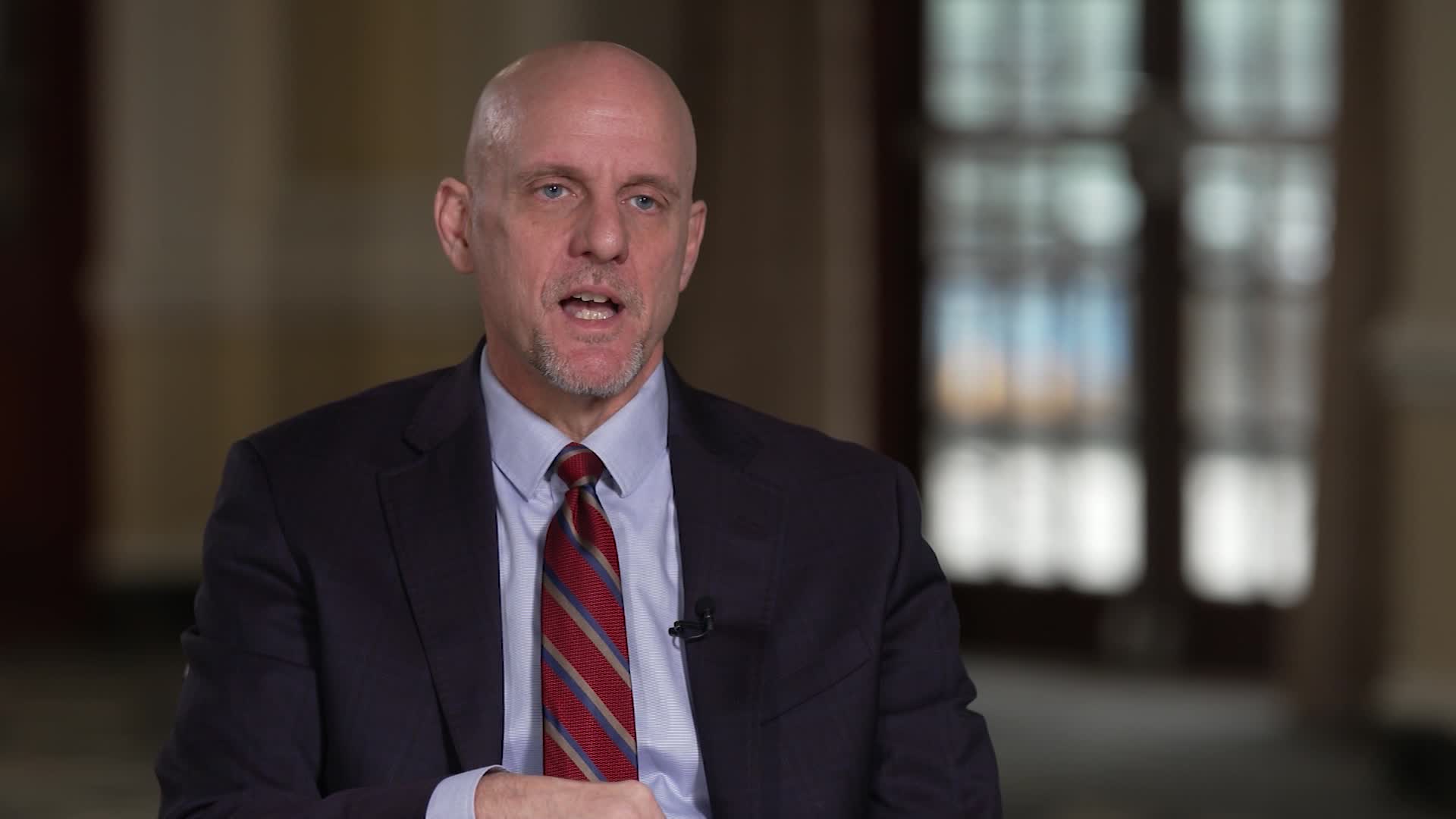 One of the saddest sights former Food and Drug Administration Commissioner Dr. Stephen Hahn says he witnessed while a member of the White House coronavirus task force was the politicization of mask-wearing.

"Masks should have never become a dividing line in our country," Hahn said on CNN's "COVID WAR – The Pandemic Doctors Speak Out."

Mask wearing today: A single-layer mask isn't really effective in blocking aerosols, studies show, and even homemade two- and three-ply fabric masks are only partially protective, somewhere in the 50% to 60% range of effectiveness.

Surgical masks, also called medical-grade masks, are made of three layers of nonwoven fabric typically made from plastic. The colored top layer of fabric is made of medical-grade spunbond polypropylene, which is a resin polymer heat-bonded into a weblike structure.

But put a surgical mask under a cloth mask and you get "over 91% removal efficiency for particles," said Joseph Allen, an associate professor at the Harvard T.H. Chan School of Public Health and the director of the school's Healthy Buildings program, in a recent interview. 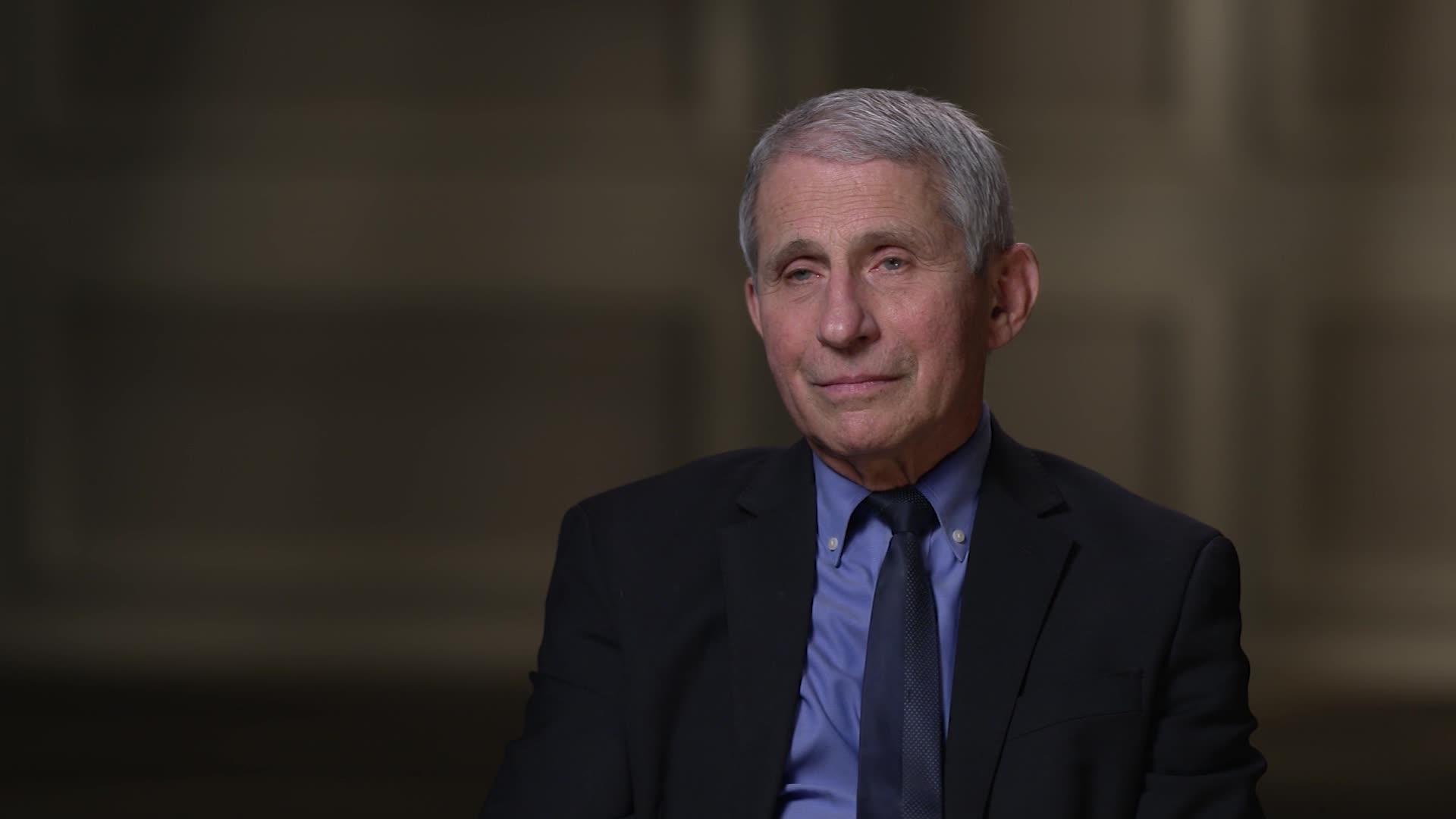 Dr. Anthony Fauci didn't mince words when he described how he felt seeing his previous boss, President Trump, calling on states to "liberate" themselves in April 2020 while large swaths of the country remained shutdown due to the coronavirus pandemic.

"The thing that hit me like a punch to the chest was then all of a sudden he got up and says 'liberate Virginia, liberate Michigan,' and I said to myself, 'oh my goodness, what is going on here,'" Fauci told CNN. "It shocked me because it was such a jolt to what we were trying to do."

More context: Trump lashed out on April 17, 2020, at Democrats, trying to pass the buck for his handling of the coronavirus pandemic and hoping to pass the blame for an economy ravaged on his watch.

The strategy of division was on full display with Trump aiming ire at Democratic governors in key battleground states through a series of three rapid-fire Tweets: "LIBERATE MICHIGAN!" "LIBERATE MINNESOTA!" 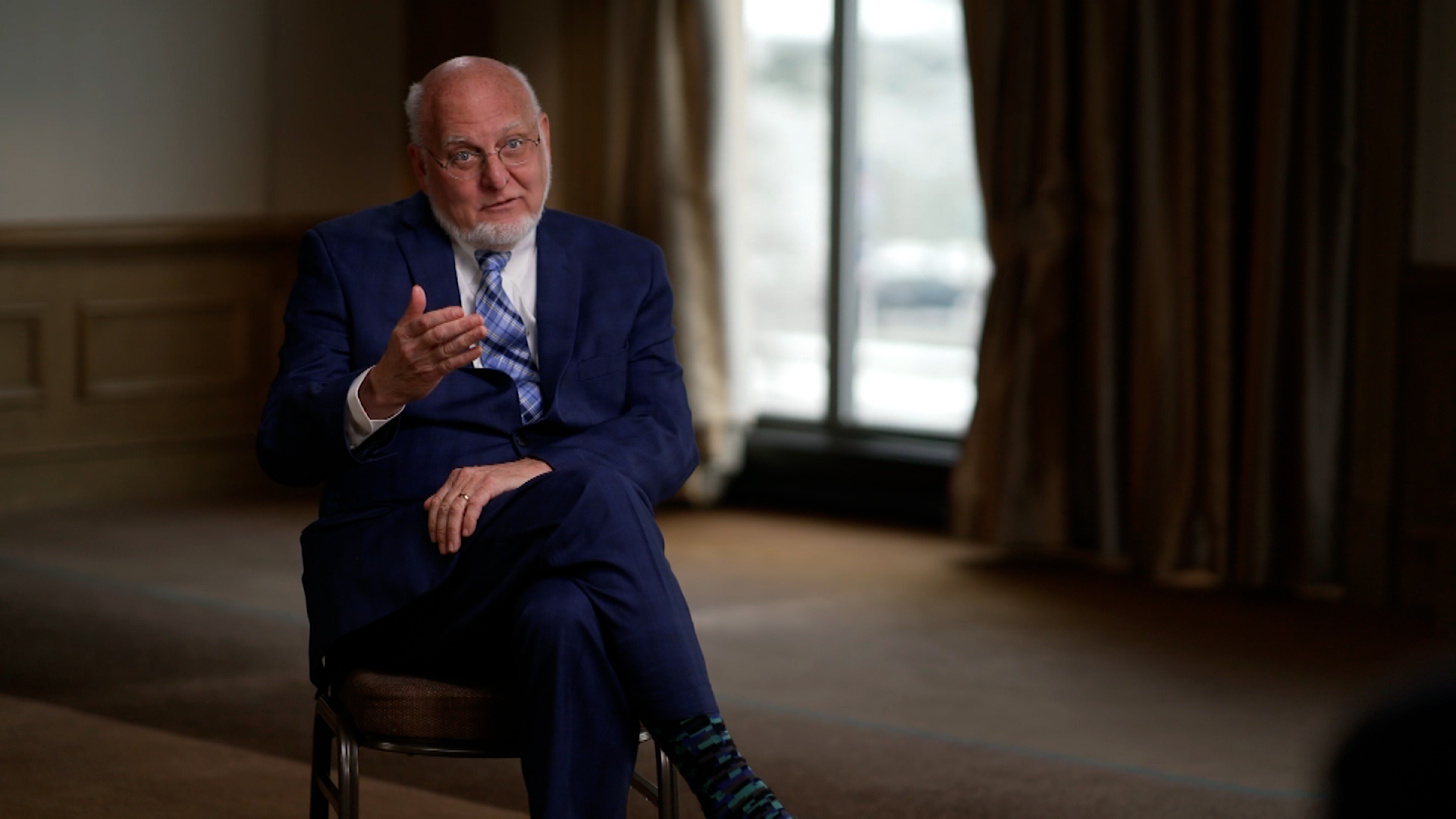 Dr. Robert Redfield, a trained virologist who led the Centers for Disease Control and Prevention under President Trump, reflected on the failed coronavirus test kits the organization had produced early on in the pandemic.

"I was not a happy camper that the CDC decided to manufacture tests," Redfield told CNN during its special report "COVID WAR – The Pandemic Doctors Speak Out." "We're not a manufacturing corporation."

What happened exactly: On February 5, 2020, the CDC said it would begin shipping test kits to health labs throughout the country, but in subsequent days public labs found a defect.

When public labs first receive any test kit, they first verify that it works.

"It gave them an inconclusive result, so the test was not valid," said Scott Becker, the CEO of the Association of Public Health Laboratories.

A CDC official said on February 12 a part of the test needed to be remanufactured.

The United States did not know how much emergency supply the nation had access to at the start of the coronavirus pandemic, Dr. Robert Kadlec, former US assistant secretary of Health and Human Services, said in a CNN special report Sunday night.

Kadlec has come under fire in a whistleblower complaint that alleges he was slow to respond to the pandemic threat in the early days. Kadlec told Gupta that he would "challenge some of the accuracies" of that complaint.

"We had no systems in place. The way to find out how many ventilators were being used is to call up and see. Well, who are the manufacturers? We don't know," Adm. Brett Giroir, who served as US Health and Human Services assistant secretary under President Trump, said in the documentary.

"What's the supply chain? We don't know," Giroir said. "How many tests do we have in the stockpile? Well, there was no test in the stockpile. How many swabs do we have? We didn't have a single swab. So all of this was starting from scratch." 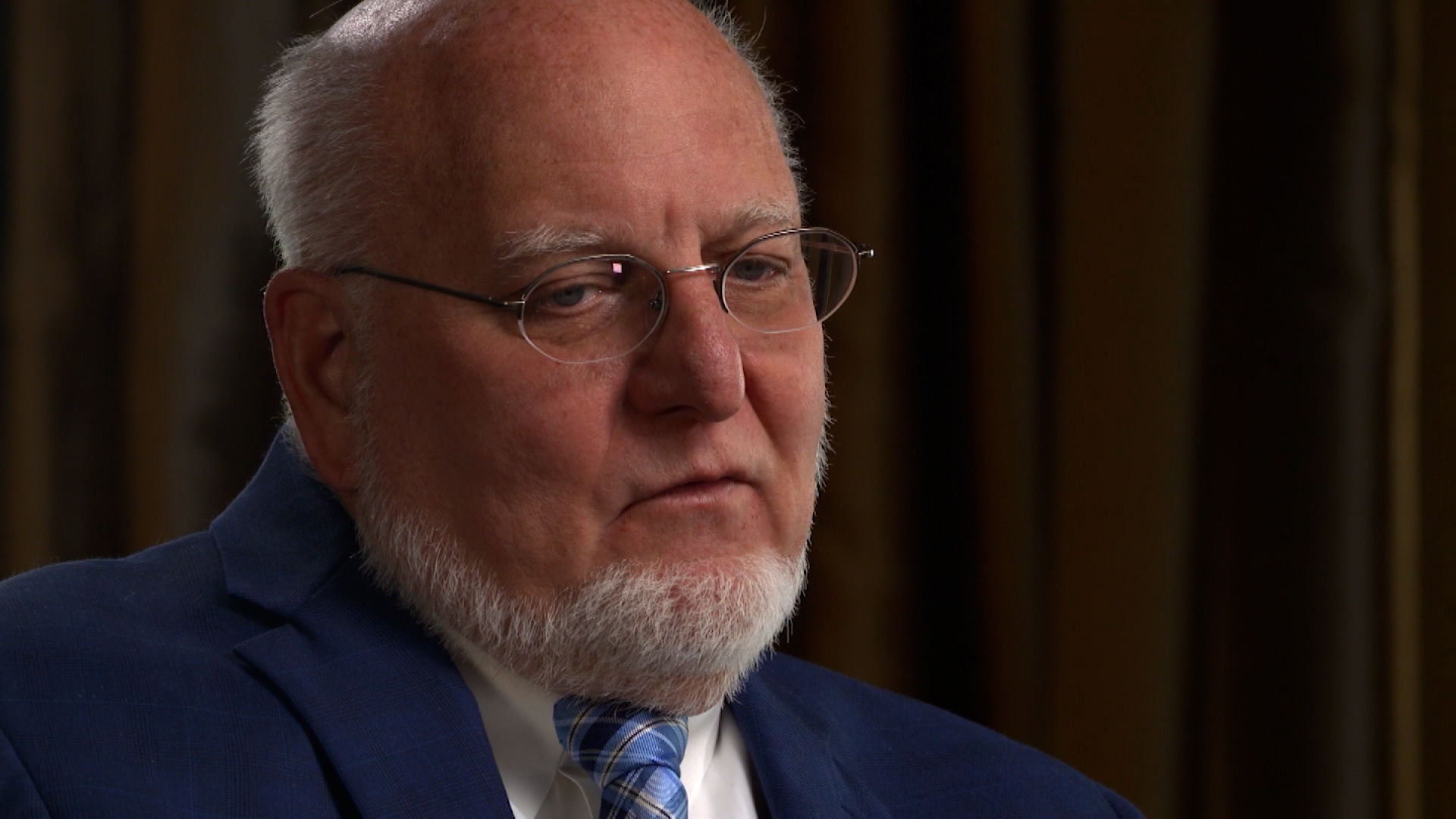 Dr. Robert Redfield, the former director of the US Centers for Disease Control and Prevention, told CNN's Dr. Sanjay Gupta he believes the origin of the Covid-19 pandemic is a lab in China — a controversial theory without evidence.

“If I was to guess, this virus started transmitting somewhere in September, October in Wuhan,” Redfield told Gupta. “That's my own feelings. And only opinion. I’m allowed to have opinions now.”

Redfield, a virologist who led the CDC under former President Donald Trump, said he thinks the virus originated inside a lab in China and “escaped,” not necessarily intentionally.

There is no clear evidence to support the “lab leak” theory, although it has played an ongoing role in conspiracies and speculation, including statements from Trump. The World Health Organization has called it "extremely unlikely."

"Now, I am of the point of view that I still think the most likely etiology of this pathogen in Wuhan was from a laboratory, escaped. Other people don't believe that. That's fine. Science will eventually figure it out. It's not unusual for respiratory pathogens that are being worked on in a laboratory to infect the laboratory worker," Redfield told Gupta. 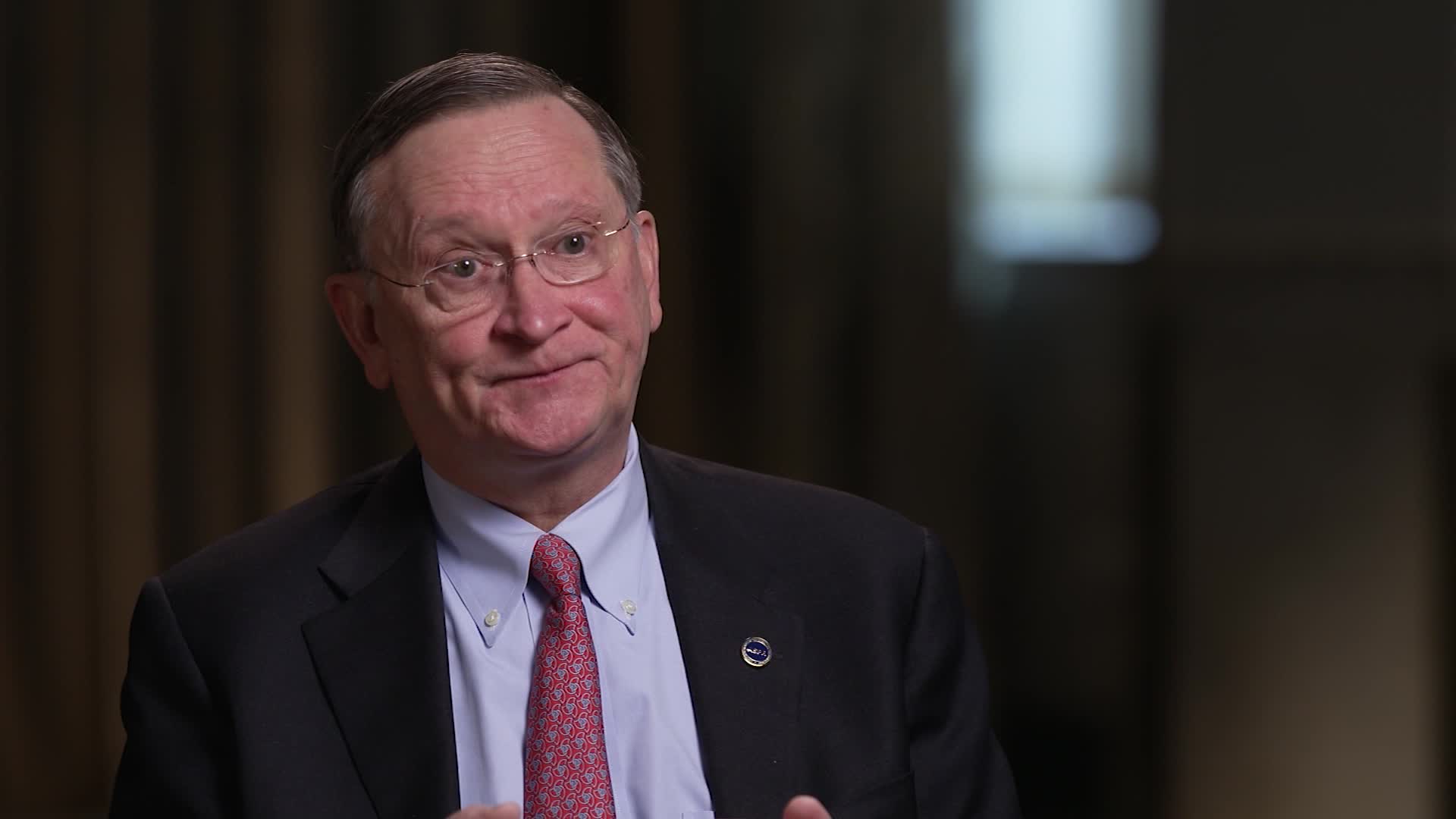 Dr. Robert Kadlec, the former top disaster response official at the Department of Health and Human Services, said he believes China had roughly a month head start in preparing for the coronavirus pandemic

Kadlec was the HHS assistant secretary for preparedness and response, known as the ASPR.

"They were already buying things on the market well in advance of what we were," he told CNN during its "COVID WAR – The Pandemic Doctors Speak Out" special report."Even things that were made here in the United States, we found that the domestic supplies were drying up because of foreign purchases."

More context: According to Dr. Robert Redfield, a trained virologist tapped by President Trump back in 2018 to lead the Centers for Disease Control and Prevention after a long career in public health, his counterpart at the China CDC, Dr. George Gao, was initially left in the dark about the magnitude of the public health problem until early January.

He described a private phone call he had with Gao in early January 2020, when Gao became distraught and started crying after finding "a lot of cases'' among individuals who had not been to the wet market.

Gao, Redfield said, "came to the conclusion that the cat was out of the bag."

The Chinese government has rejected accusations made by the United States and other Western governments that it deliberately concealed information relating to the virus, maintaining that it has been upfront since the beginning of the outbreak.