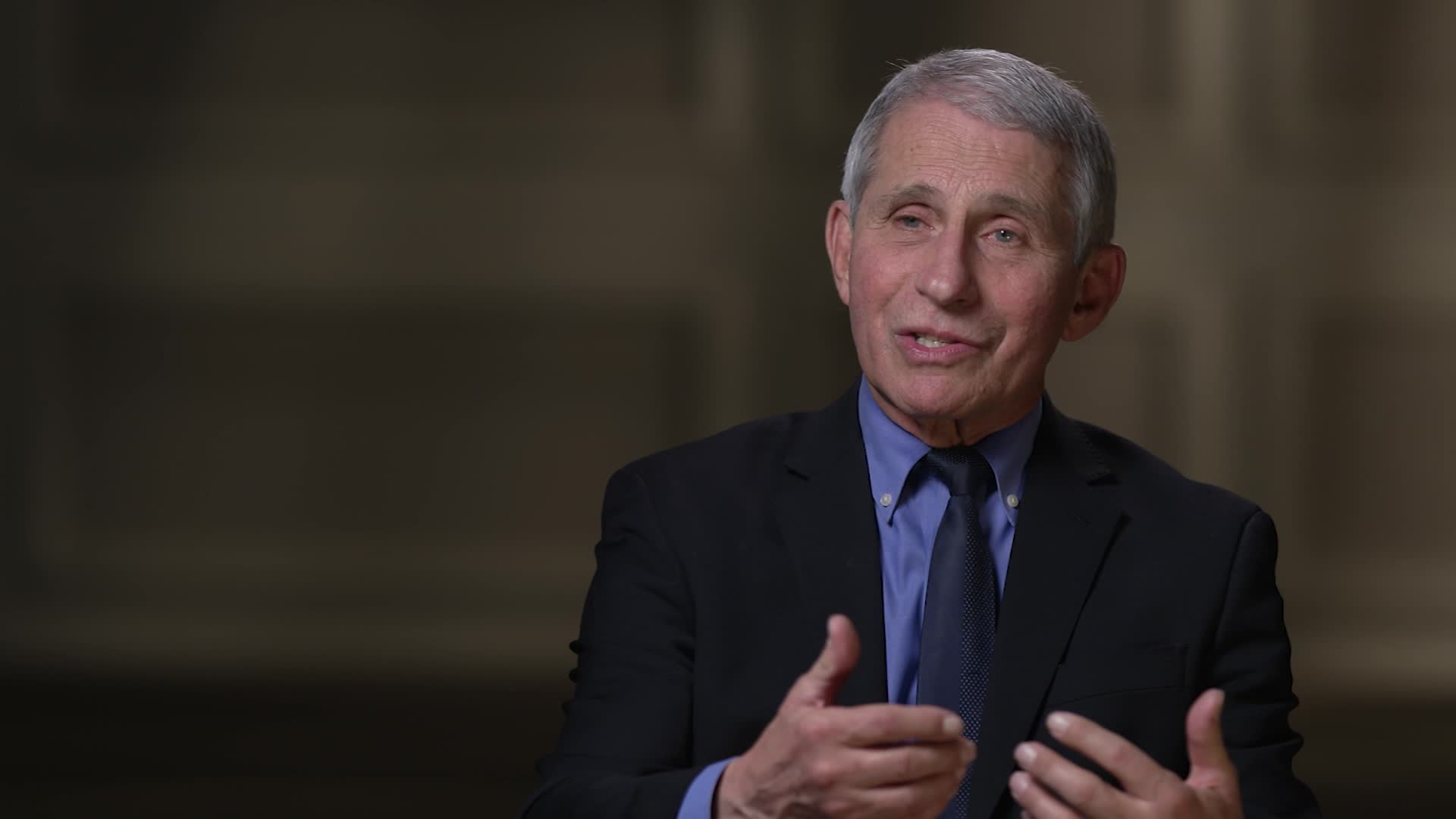 Dr. Anthony Fauci, director of the National Institute of Allergy and Infectious Diseases, said that the rise in Covid-19 hospitalizations and deaths across New York City early on in the pandemic was when he realized just how important a vaccine would be.

"Was there a moment, Dr. Fauci, when you said, 'OK this is the big one?' " CNN Chief Medical Correspondent Dr. Sanjay Gupta asked Fauci about the pandemic during "COVID WAR: The Pandemic Doctors Speak Out."

"When I saw what happened in New York City, almost overrunning of our health care system, it was like, 'Oh my goodness,' " Fauci said. "And that's when it became very clear that the decision we made on January the 10th – to go all out and develop a vaccine – may have been the best decision that I've ever made with regard to an intervention as director of the institute." 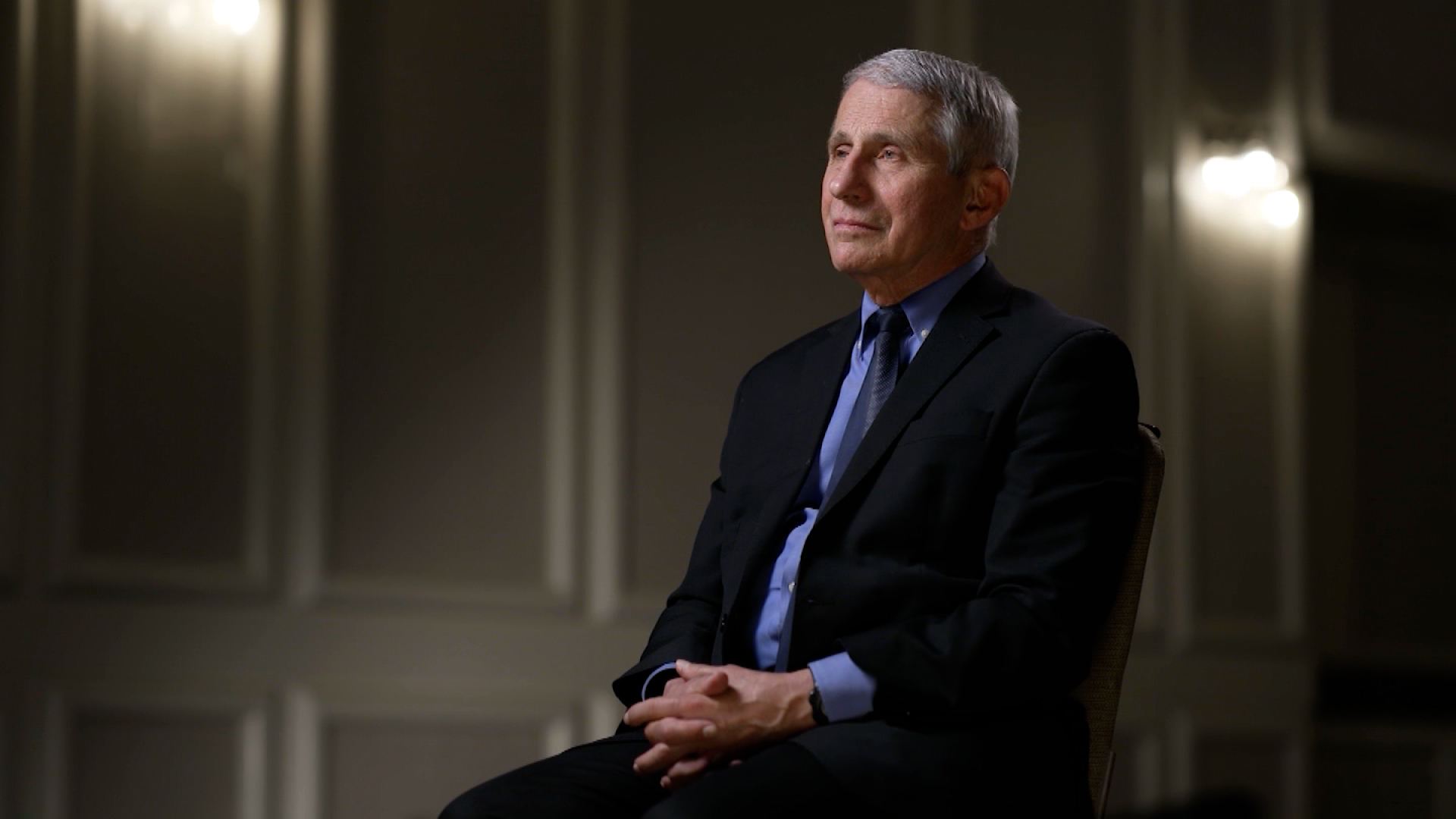 Having spent his entire professional life working around infectious diseases, Dr. Anthony Fauci said metaphors are very common and when it comes to viruses like Covid-19, "they have a mind."

"They're smart, they're evil or they're benign. A virus that has adapted itself, almost insidiously, adapted itself perfectly to a human. Not only am I going to infect you, but I'm going to make sure that many of you don't have symptoms, the people who are young and don’t have symptoms, I’m going to use them to spread as much as I possibly can," Fauci told CNN during its special report "COVID WAR – The Pandemic Doctors Speak Out."

More on Fauci's history: Since 1984, he has been the director of the National Institute of Allergy and Infectious Diseases.

He has served under seven US presidents, starting with Ronald Reagan, and in 2008 he was awarded the Presidential Medal of Freedom.

As the nation's top infectious disease expert, Fauci has worked on the federal response to AIDS, Ebola, the Zika virus and anthrax scares, just to name a few. 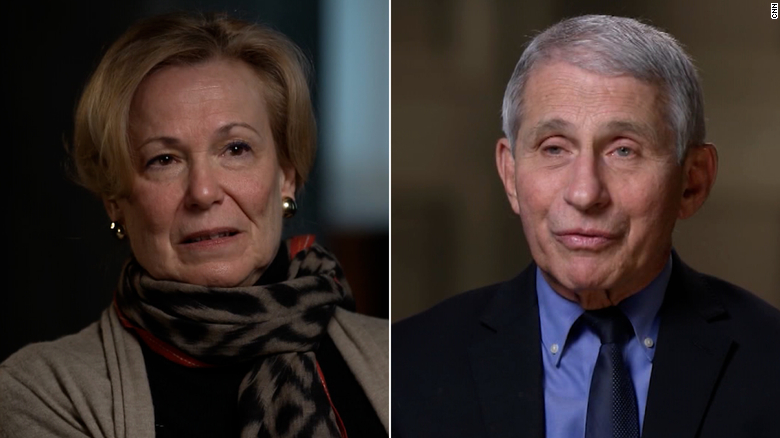 Dr. Deborah Birx, the White House coronavirus task force coordinator under President Trump, and Dr. Anthony Fauci, joined CNN along with four other doctors to speak candidly about their experience serving under the Trump administration at the height of the pandemic.

The pair, who worked closely with one another during the HIV epidemic, drew on that collective experience when working with Trump.

"It was very difficult being just one person in the White House," Birx said about working under Trump. "I underestimated the White House and the politics."

Fauci described what became known as "the doctors’ group," which consisted mainly of the pair and Dr. Robert Redfield, the former Centers for Disease Control and Prevention director, Dr. Stephen Hahn, the former commissioner of the Food and DrugAdministration, Dr. Brett Giroir, the former coronavirus testing czar under Trump, and Dr. Jerome Adams, the former surgeon general. Of all four of them, Fauci said Birx "had a much more difficult situation, she had an office right there in the West Wing."

"Boy, she did a lot of good," Fauci added. "She knocked herself out getting up at 3 o'clock in the morning, putting that data together, presenting it every day."

More on Birx: In late January, Birx said she "always" considered quitting Trump's White House coronavirus task force and was troubled by colleagues' perceptions that she had become political, she told CBS in a clip from an interview in January.

"I mean, why would you want to put yourself through that, um, every day?" Birx said.

"Colleagues of mine that I had known for decades — decades — in that one experience, because I was in the White House, decided that I had become this political person, even though they had known me forever," she said. "I had to ask myself every morning: Is there something that I think I can do that would be helpful in responding to this pandemic? And it's something I asked myself every night."

When asked whether she had ever considered quitting, she replied, "Always."

Reports emerged early in the pandemic that Dr. Anthony Fauci, director of the National Institute of Allergy and Infectious Diseases, was forced to beef up security due to an increase in death threats.

"My daughters got the same rude text messages. I mean, you can't even imagine what those text messages looked like," Birx said. "A lot of sexual references, saying, 'The country would be better off if you were dead.' 'You're misleading the country.' 'Your tongue should be cut out.' "

Birx said she originally took the threats to the US Department of State, but eventually she "didn't have time." 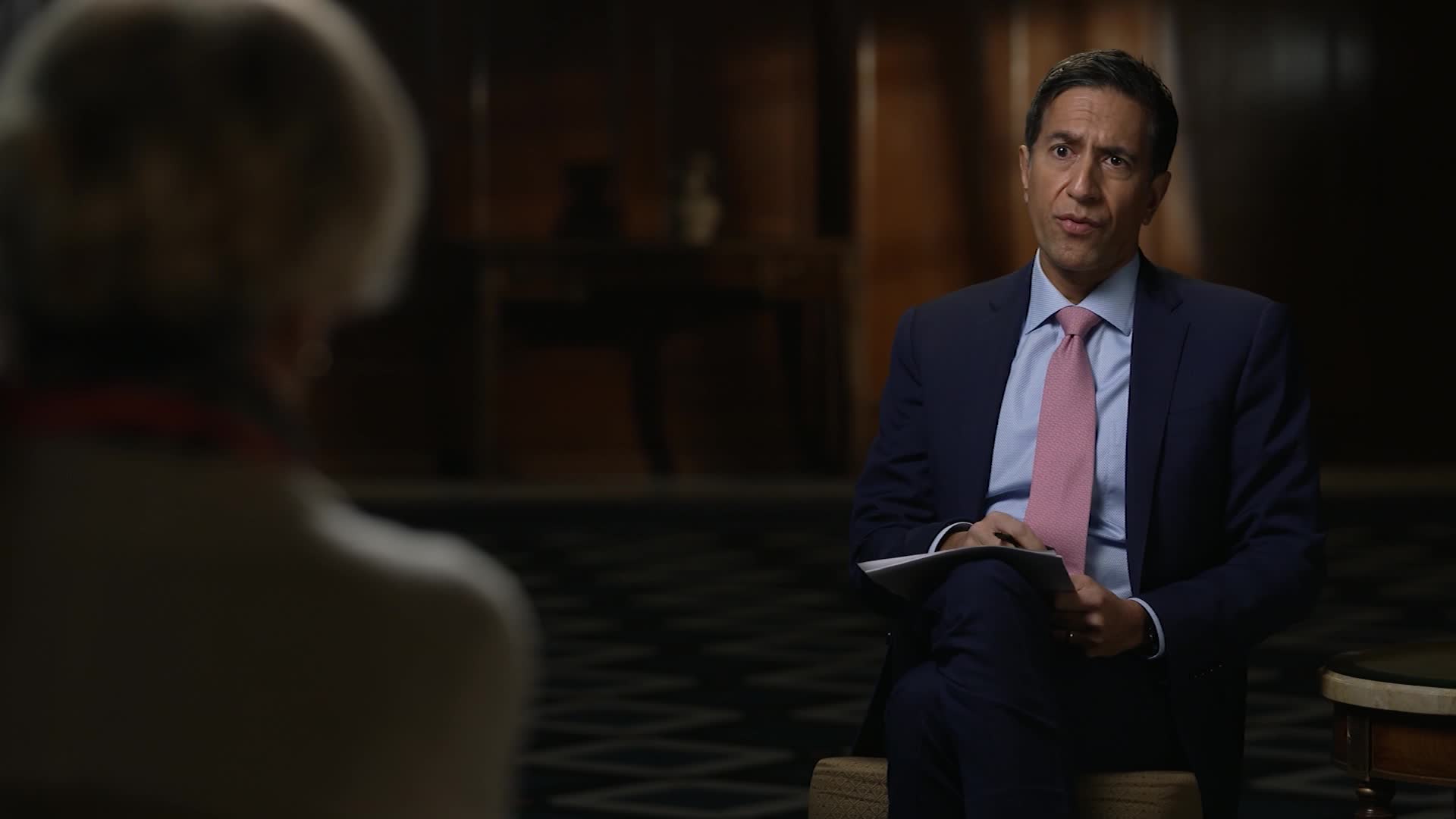 This past January, just a few days after the inauguration of President Joe Biden, six of the doctors responsible for the previous administration's Covid-19 response agreed to sit down — in strict confidence — and talk with CNN about the events of the past year.