Our live coverage has ended. Read more about the shooting here.

The Turkish Ministry of Foreign Affairs condemned the tram attack in Utrecht and expressed condolences for the victims.

Why this matters: The suspect in the shooting, 37-year-old Gokmen Tanis, was born in Turkey. He had previous run-ins with law enforcement and was arrested on Monday night, police said.

Here's the full statement from the Turkish Ministry of Foreign Affairs:

“We strongly condemn the attack that took place today (18 March 2019) in the city of Utrecht, in the Netherlands regardless of the identity of the perpetrator and the motivation behind it.
We extend our condolences and wish fortitude to the families of those who lost their lives, and speedy recovery to those wounded.
In the face of this attack we are in full solidarity with the Dutch people and Government.”

Dutch authorities have downgraded the terror threat level for the province of Utrecht to level 4 following the arrest of the tram shooting suspect, the National coordinator for security and Counterterrorism said on twitter.

Earlier today, officials raised the threat level to a 5 – the highest – for the entire province.

Dutch authorities said they were considering "a possible terrorist motive" for the shooting, which happened around 10:45 a.m. local time (or 5:45 a.m ET) Monday.

Dutch authorities say they have caught the man suspected of opening fire on a tram in Utrecht, killing three people this morning.

Rob van Bree, the head of operations of the Central Netherlands Police, announced the news Monday. 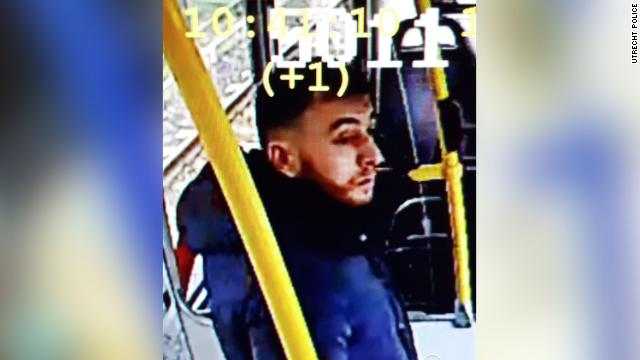 A manhunt is still ongoing in the Netherlands for the suspect in a tram shooting in Utrecht on Monday, the mayor said during a press conference.

Jan van Zaben said authorities are doing “everything possible to catch the suspect,” adding that the motive is “still unclear.”

Police say Gokmen Tanis, 37, who was born in Turkey, is wanted following the incident. They have asked locals to contact authorities immediately if they see him.

The threat level will remain at 5 – the highest – for the entire province until 10 p.m. local time tonight.

A manhunt is underway after a deadly shooting in the Netherlands this morning. Here's what we know now:

Here's a map of where the shooting happened, and where the search unfolded: 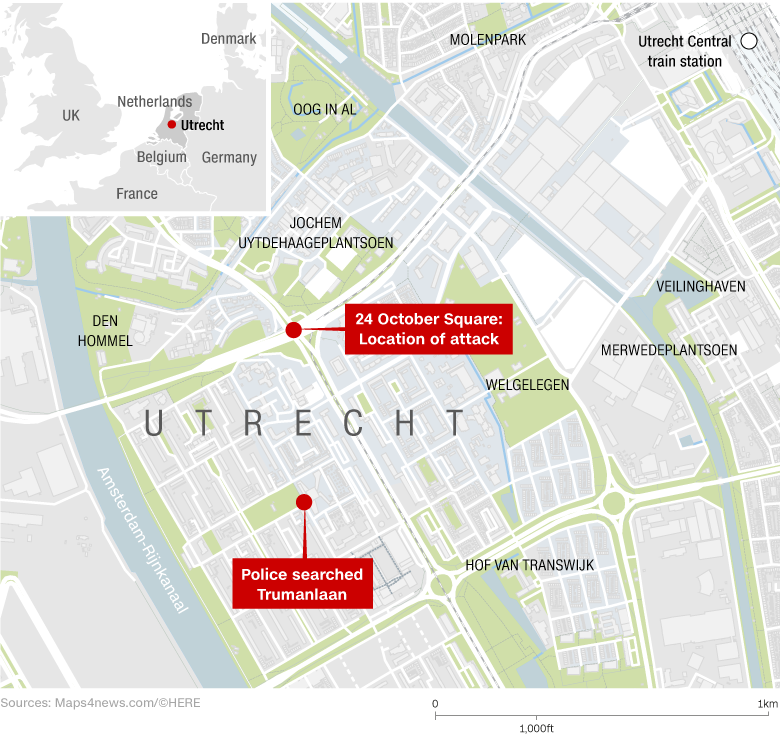 The Netherlands' King Willem-Alexander and Queen Maxima said they feel "intensely" for the victims of the tram shooting and condemned the violence as "absolutely unacceptable."

"Let us stand together for a community in which people feel safe and in which the freedom and tolerance are of utmost importance," they said in a statement.

We are deeply saddened that three people were killed and others were seriously wounded in the attack in Utrecht. We feel intensely for the victims and their family members. Acts of violence such as these are absolutely unacceptable. Let us stand together for a community in which people feel safe and in which the freedom and tolerance are of utmost importance.
Our thanks go out to all first responders who are currently assisting the victims.
Our thoughts are with the inhabitants of Utrecht.

Located in central Netherlands, the city of Utrecht is the fourth-largest in the country. It is the capital of a province of the same name.

It has a population of more than 347,000, according to 2018 data from the country's central statistics bureau. Around a third of the city's population is made up of immigrants, according to the Utrecht official website.

Utrecht is the headquarters of the Netherlands' railroads and, as a result, trades on its location as a services and transport center.

It is also somewhat of a student metropolis as it is also home to Utrecht University, one of the oldest and largest of the Dutch state universities.

Dutch far-right opposition leader Geert Wilders expressed his admiration for the first responders in the wake of the shooting incident on board a tram in the city of Utrecht.

Dreadful news out of Utrecht. Homage to emergency services and my thoughts are with the victims and their relatives. It is only right that our election campaign has been halted under these circumstances."