Theirs is a world of private jets, posh Parisian apartments, Austrian ski vacations and schooling at elite universities in London and New York.

Their parents own prime real estate on the most exclusive avenues of Europe’s capitals. Their social media profiles are filled with designer dresses and red-carpet events. One young woman posted photos of her 22nd birthday, poolside at the Adriatic Sea villa of one of Putin’s oligarchs.

Meet the kids of the Kremlin.

While their parents publicly rail against the West, their kids grow up in the very countries whose societies they claim to reject.

“It is obviously extreme hypocrisy,” said Daniel Treisman, a professor specializing in Russian politics at the University of California, Los Angeles. 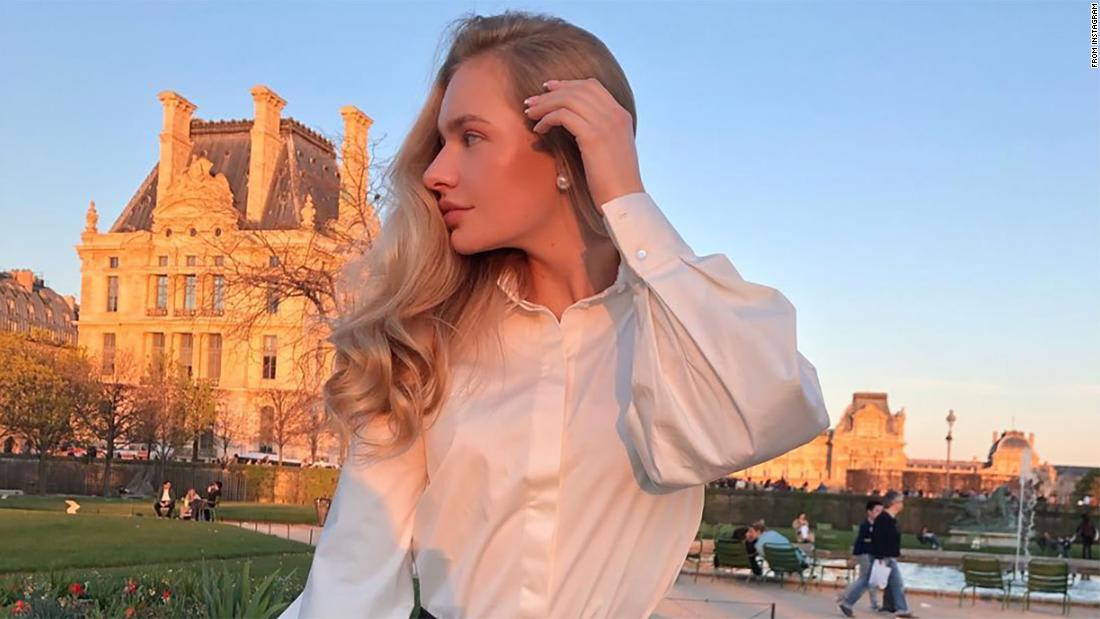 In Kyiv, a group of small business owners are busy at work.

There’s a war raging around them and they’re reminded how close the danger is whenever the warning sirens go off in the Ukrainian capital.

They describe it as a jarring sound, yet they push through the fear because they say Russia’s invasion of Ukraine that began nearly 50 days ago, on Feb. 24, has given them a new purpose — to serve their community and country in a different way.

Before the invasion, these entrepreneurs ran growing startups or family-owned businesses passed down for generations. Their companies sold products like custom shoes, baked goods and pizza in Kyiv’s historic district and e-learning tools for students, teachers and professionals.

In the midst of war, they’ve pivoted their missions and are now utilizing their resources to provide badly needed necessities such as food, first aid, even combat boots for Ukraine’s military. 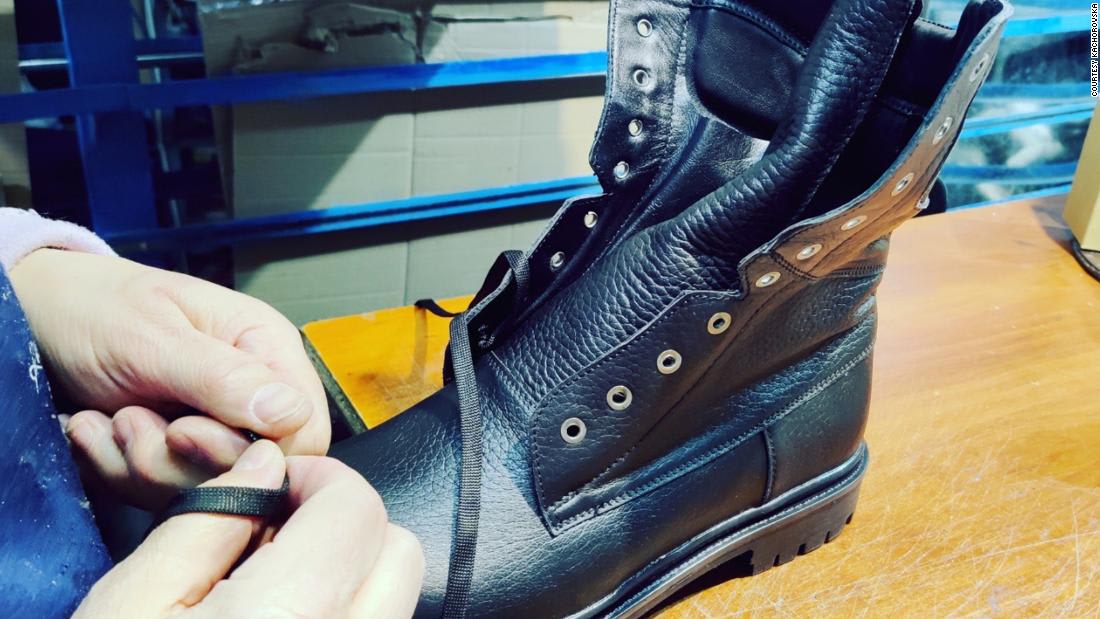 War-time effort: A shoemaker, pizza shop and a bakery in Kyiv pivot to serve their country

Ukrainian President Volodymyr Zelensky said he cannot say with certainty if chemical weapons were used in the besieged city of Mariupol.

“We take with great attention yesterday's reports on the use of munitions with a poisonous substance in Mariupol against the defenders of the city. It is not yet possible to draw 100% conclusions about what kind of substance it was,” Zelensky said in a video address on Tuesday. "It is clear that it is impossible to conduct a full investigation and full analysis in the blocked city."

Zelensky warned other leaders to pay attention to the possibility of chemical weapons put in use.

“However, given the repeated threats of Russian propagandists to use chemical weapons against the defenders of Mariupol and its repeated use by the Russian army, such as phosphorus munitions in Ukraine, the world must respond now,” he cautioned. "React preventively. Because after the use of weapons of mass destruction, any response will not change anything. And it will only look like a humiliation for the democratic world."

More context: Reports that chemical weapons were used in Mariupol have not yet been confirmed by the United States, State Department spokesperson Ned Price said in an interview with CNN Monday.

On Tuesday, Secretary of State Antony Blinken said the United States could not confirm the use of chemical weapons in Ukraine but noted that they “had credible information that Russian forces may use a variety of riot control agents."

CNN cannot independently verify that there has been any kind of chemical strike in Mariupol. CNN teams on the ground have so far not seen evidence of such an attack, or any imagery from Mariupol sources to verify this.

“I propose to the Russian Federation to exchange 'your guy' for our boys and our girls who are now in Russian captivity. It is therefore important that our law enforcement and military also consider this possibility,” Zelensky said in a video address on Tuesday.

"We will establish the full truth about all these savages. No matter how much time and effort it takes, we will find them all. Let Medvedchuk be an example for you,” Zelensky said.

"Even the former oligarch did not escape. What to say about much ordinary criminals from the Russian middle of nowhere. We will get everyone."

Medvedchuk was detained in a "special operation," Zelensky announced Tuesday.

Ukrainian President Volodymyr Zelensky thanked US President Joe Biden in a tweet on Tuesday for using the word "genocide" to describe the Russian invasion of Ukraine.

"True words of a true leader," Zelensky tweeted. "Calling things by their names is essential to stand up to evil. We are grateful for US assistance provided so far and we urgently need more heavy weapons to prevent further Russian atrocities."

Biden first used the word during a speech earlier Tuesday. In previous remarks, he had stopped short of calling what is underway in Ukraine a genocide.

"Your family budget, your ability to fill up your tank, none of it should hinge on whether a dictator declares war and commits genocide a half a world away," he said at an event in Iowa.

Biden then reiterated his statement later in the day, telling reporters that "it’s become clearer and clearer that Putin is just trying to wipe out even the idea of being Ukrainian.”

“And the evidence is mounting, it’s different than it was last week, the more evidence that’s coming out,” he continued. “Literally the horrible things that the Russians have done in Ukraine, and we’re going to only learn more and more about the devastation — and we’ll let the lawyers decide internationally it qualifies, but it sure seems that way to me.”

Zelensky accused Russia of committing genocide last week after a significant number of civilian bodies were uncovered in Bucha following the withdrawal of Russian troops.

"Indeed. This is genocide," Zelensky said in an interview with CBS News' "Face the Nation" on April 3. "The elimination of the whole nation, and the people. We are the citizens of Ukraine. We have more than 100 nationalities. This is about the destruction and extermination of all these nationalities."

Other world leaders, such as the UK's Boris Johnson and Poland's Andrzej Duda, have also used the word "genocide" to describe Russian actions in Ukraine.

The US is expected to announce it is sending hundreds of millions of dollars in new military assistance to Ukraine soon, according to two sources familiar with the package.

The final amount had not been finalized as of Tuesday but is expected to be close to $700 million.

US President Joe Biden is expected to use his drawdown authority to authorize the new aid package for Ukraine.

If approved, the addition of approximately $700 million in security assistance would bring the total aid to Ukraine to more than $3 billion since the start of the Biden administration, including nearly $2.5 billion since Russia launched its invasion of Ukraine.

Ukraine's 2020 defense budget was only about $6 billion, according to the Stockholm International Peace Research Institute. In less than two months, the US has provided nearly half of that in security assistance, underscoring the pace at which the White House has worked to send in weaponry and equipment.

You can read more about the military assistance here.

US President Joe Biden reiterated his assessment that Russia has committed genocide in Ukraine, telling reporters gathered on the tarmac in Des Moines, "I called it genocide because it's become clearer and clearer that Putin is just trying to wipe out the idea of even being able to be a Ukrainian.”

“And the evidence is mounting, it’s different than it was last week, the more evidence that’s coming out,” he continued, “Literally the horrible things that the Russians have done in Ukraine, and we’re going to only learn more and more about the devastation — and we’ll let the lawyers decide internationally whether or not it qualifies, but it sure seems that way to me.”

Earlier Tuesday, in remarks from Menlo, Iowa, the President first cited the possibility Russia had committed genocide, in remarks on rising gas prices.

"Your family budget, your ability to fill up your tank, none of it should hinge on whether a dictator declares war and commits genocide a half a world away," he said.

Biden has previously stopped short of calling what is underway in Ukraine a genocide. His aides have said it doesn't yet rise to the level.

"We have seen atrocities, we have seen war crimes, we have not yet seen a level of systematic deprivation of life of the Ukrainian people to rise to the level of genocide," national security adviser Jake Sullivan said earlier this month.

On Tuesday, France's Finance Ministry published a detailed list of Russian assets worth 23.7 billion euros — or $25.6 billion USD — which it has frozen since Russia invaded Ukraine on Feb. 24.

Assets belonging to the Russian Central Bank, which the ministry says are worth 22.8 billion euros, make up the bulk of the frozen assets.

Correction: A previous version of this post overstated the value of seized bank assets and yachts.