The United States will welcome up to 100,000 Ukrainians and others fleeing Russia’s aggression, a senior administration official announced Thursday.

“To meet this commitment, we are considering the full range of legal pathways to the United States,” the official said, which includes US refugee admissions program, parole and immigrant and nonimmigrant visas.

The official said the White House will not have to ask Congress to expand the current cap on annual refugees — which is currently set at 125,000 for fiscal year 2022 — because it is more a “long-term commitment” and there will be other avenues to enter the United States for many of those Ukrainians.

“We still have a significant capacity within the 125,000 so we don’t currently envision the need to go beyond that,” the official said.

The official said that the administration is working to expand and develop new programs with “a focus on welcoming Ukrainians who have family members in the United States.”

There will be an emphasis on protecting the most vulnerable among the refugee populations, including members of the LGBTQI+ community, those with medical needs, journalists and third country nationals.

“By opening our country to these individuals, we will help relieve some of the pressure on the European host countries that are currently shouldering so much of the responsibility,” the official added.

The United States on Thursday will announce new sanctions against over 300 members of the Russian Duma and more than 40 Russian defense companies, a senior administration official told reporters.

The official added that the EU and G7 will also announce a new sanctions evasion initiative that’s “designed to prevent circumvention or backfilling” of sanctions.

Asked by CNN’s Phil Mattingly for examples of the sanctions evasion initiative, a senior administration official said, in part, it will blunt the Central Bank of Russia’s ability to deploy international reserves by making clear that any transaction involving gold is prohibited — which prevents the ruble from being propped up.

“The overall message here is we have taken historic steps in imposing costs on Russia, now let’s make sure we are fully aligned and getting the maximum impact from the measures we have implemented,” the official said.

Asked about the expected joint energy strategy that is expected to be announced Friday, administration officials wouldn’t go into detail but said “it’s something we’ve been working on for some time and I think it’s going to be a meaningful step forward in terms of accelerating Europe’s diversification away from Russian gas.”

As Russian soldiers bear down on Ukraine, increasingly desperate Ukrainians are running out of food and medicine. The economic fallout from the invasion is beginning to spill over to the rest of the world, too.

Forecasts for global growth are being slashed and the chance of a US recession in 2023 has risen to 35%, according to Goldman Sachs.

But war in Europe is no longer a theoretical, off-in-the-future concern for economists to discuss in research papers and notes to investors. It's tangible. It's here. And it's causing pain for millions.

Sanctions and other supply-chain disruptions have sent consumer prices surging across the world as oil and other commodity prices have spiked. Soaring gas and diesel prices are also adding to the cost of food, heightening fears that the world is on the brink of a hunger crisis.

France's government is considering food vouchers to help residents afford to eat. A commodities trading company said diesel is in such short supply it may soon have to be rationed. 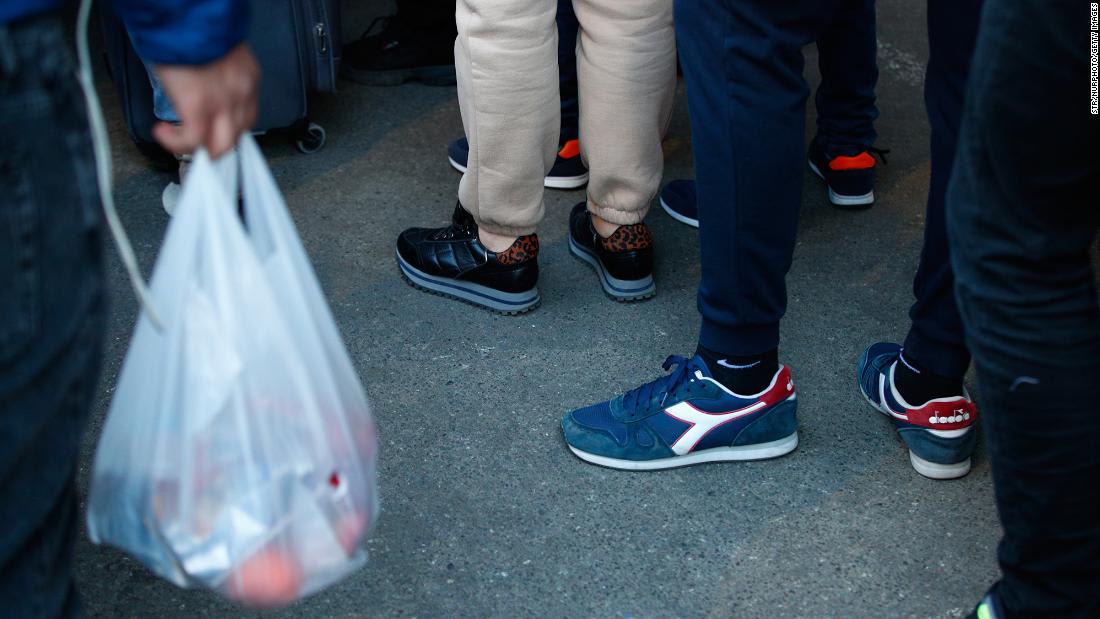 Ukrainian President Volodymyr Zelensky has told the NATO leaders meeting in Brussels that Ukraine needs just a fraction of the alliance’s combined firepower.

“You have thousands of fighter jets, but we have not been given one yet …  we turned [to you] for tanks so that we can unblock our cities … you have at least 20,000 tanks … but we do not have a clear answer yet,” Zelensky said.

He appealed to leaders to make the necessary decisions to make it happen.

“We can't just buy [these items]. Such a supply depends directly on NATO's decisions, on political decisions,” Zelensky said.

He also said NATO leaders should acknowledge what Ukraine’s armed forces have demonstrated in the war against Russia.

“Please, never tell us again that our army does not meet NATO standards. We have shown what standards we can reach. And we have shown how much we can give to the common security of Europe and the world," Zelensky said.

Historic, emergency summits are underway in Brussels as US President Joe Biden works to rally the West behind a strategy to confront Russia following its invasion of Ukraine.

What to expect later today:

What leaders won't do: 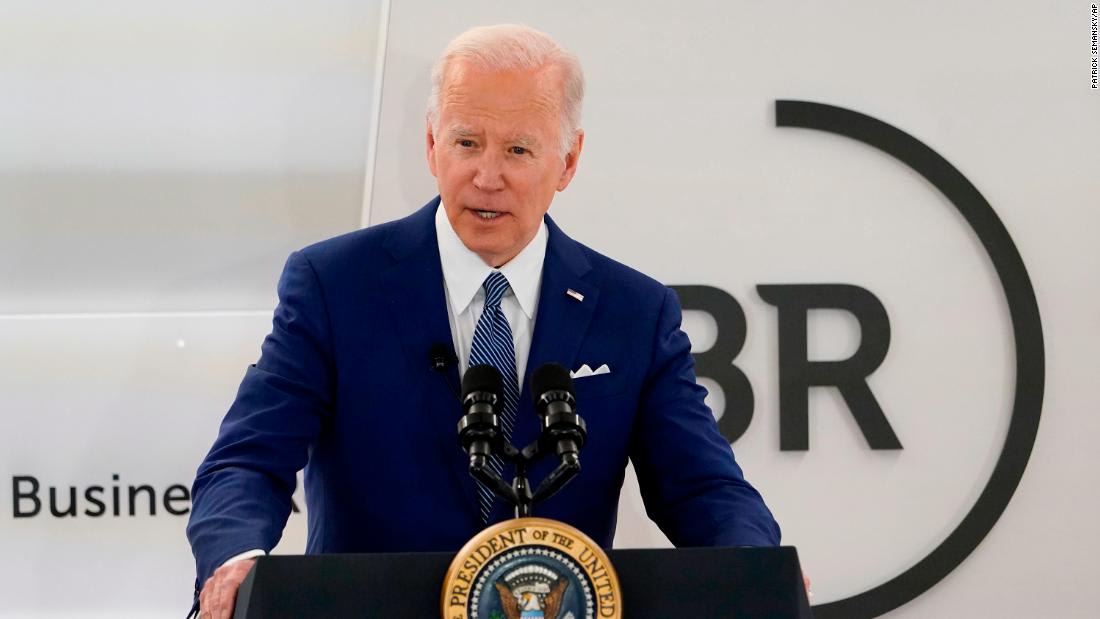 Qatar will stand “in solidarity with Europe” and will not divert gas contracts to other customers, even if it means losing on possible financial gains, Qatari Energy Minister Saad Al Kaabi told CNN’s Becky Anderson in an exclusive interview on Thursday.

The energy-rich Gulf monarchy supplies some European countries with gas in the form of divertible contracts, which means they are able to divert supply across to other customers.

“We're not going to divert [contracts] and will keep them in Europe, even if there is financial gain for us to divert away, we would not do that,” Al Kaabi said.
“That's in solidarity with what's going on in Europe,” he said.

Still, the minister rejected imposing sanctions on Russia’s energy sector, saying “energy should stay out of politics” and reiterated that completely stopping Russian gas supply to Europe is “not practically possible.” The minister also said that his nation is not “choosing sides” in the Russia-Ukraine conflict.

Earlier this week, top German officials, including Economy Minister Robert Habeck, visited Qatar for talks on supplying long-term gas to Europe in the midst of Russian energy uncertainty. Reports surfaced of a deal between Qatar and Germany on gas supply; however, the Qatari minister denied that a deal had been reached.

British Prime Minister Boris Johnson visited Saudi Arabia and the United Arab Emirates last week in an attempt to sway both nations into increasing oil supply into the market despite a deal with Russia capping oil supply. The two countries have spare capacity to possibly ease a global oil deficit, but both gulf nations have so far remained committed to the OPEC+ deal with Russia — even after Russian President Vladimir Putin’s invasion of Ukraine.

Qatar, which withdrew from OPEC in 2019 after a diplomatic rift with its neighboring countries said they are not planning on returning to the cartel. Al Kaabi, however, still supported supply moves by the organization, calling their plan “very sensible.”

Senior Russian military leaders have declined calls from their US counterparts since before the invasion of Ukraine began, the Pentagon spokesman said Thursday.

"Over the past month, Secretary Austin and Chairman Milley have sought, and continue to seek, calls with their Russian counterparts. Minister Shoigu and General Gerasimov have so far declined to engage. We continue to believe that engagement between U.S. and Russian defense leaders is critically important at this time," Pentagon press secretary John Kirby said in a statement.

The United States plans to accept up to 100,000 refugees fleeing the war in Ukraine, a person familiar with the decision says -- a major step toward easing a brewing humanitarian crisis in Europe.

President Joe Biden was expected to unveil the decision as he travels in Europe to rally support behind a united approach to the crisis.

Leaders from Poland in particular have called on the US to expedite the processing of refugees with family in the US.

More than 3.6 million people have now fled Ukraine, according to the latest update from the UN Refugee Agency.

Leaders attending a closed-door snap NATO summit heard an impassioned call from Ukrainian President Volodymyr Zelensky for new Western security assistance, according to a senior US administration official who heard the remarks.

The Ukrainian leader stopped short of issuing his usual calls for a no-fly zone or NATO membership. But Zelensky in a virtual address spoke "very eloquently" to describe his military’s efforts to defend Ukrainian citizens and democratic values, the official said.

The virtual address from Zelensky kicked off the summit, which is taking place in private. US President Joe Biden spoke next, laying out the coordinated Western approach on sanctions, reiterating strong support for Ukraine and reinforcing US commitment to NATO.

Biden "laid out a number of issues that the alliance is going to have to grapple with" in the coming months before the NATO alliance meets again at the end of June in Spain, the official said.

The mood inside the NATO summit was "sober, resolute, and incredibly united," the official said.

"There was a very strong sense that we are facing a significant historical moment, and very strong support from all the leaders who spoke about the need to defend our democracy," the official said.

Other topics that arose included China, and a collective desire to avoid Beijing supporting Russia in its invasion.

And leaders discussed contingencies should Russia use a chemical or nuclear weapon on the battlefield in Ukraine.

"I think there is a recognition that NATO needs to continue a lot of the good ongoing work to be prepared to respond to various contingencies," the official said.