Damage from Russian military strikes are also seen across Irpin, northwest of Kyiv, in the satellite images. Two distinct fires are seen in central Irpin near a complex of city government and apartment buildings.

Two other fires can also be seen in another satellite image among a group of buildings near a school in the city and a residential area near a lake.

CNN previously reported that a dam along the Dnieper River was flooding the Irpin River basin and its tributaries. The Irpin River is critical to the Russian advance toward Kyiv; if the Russians cannot cross it, they can't take Kyiv from the west.

It's unclear how the dam began flooding the Irpin River basin: whether the gates were opened on purpose by the Ukrainians to flood the area, or it was hit by a military strike.

Russian military vehicles, including artillery positions, in Mariupol are seen in new satellite images from Maxar Technologies. The images were taken on March 19.

One of the images shows Russian military vehicles and tanks on the streets of the "left bank" neighborhood in Mariupol — the day Russian-backed separatists took control of government buildings.

When Serhii woke up to news reports that a bomb had flattened Mariupol's Drama Theater, where hundreds of people had been sheltering, he couldn't breathe.

His wife and their two daughters were inside.

A day before the attack, the 56-year-old editor, who lives in the Ukrainian capital, Kyiv, received a panicked call from his 30-year-old daughter.

He hadn't heard from her since March 1, when Russian forces intensified their siege of Mariupol, the strategic port city, launching a relentless barrage of rockets and bombs from land, sky and sea.

As electricity and internet service went out, Mariupol was largely cut off from the outside world. Serhii, who asked that only his first name be used for security reasons, waited desperately for any update from his girls. 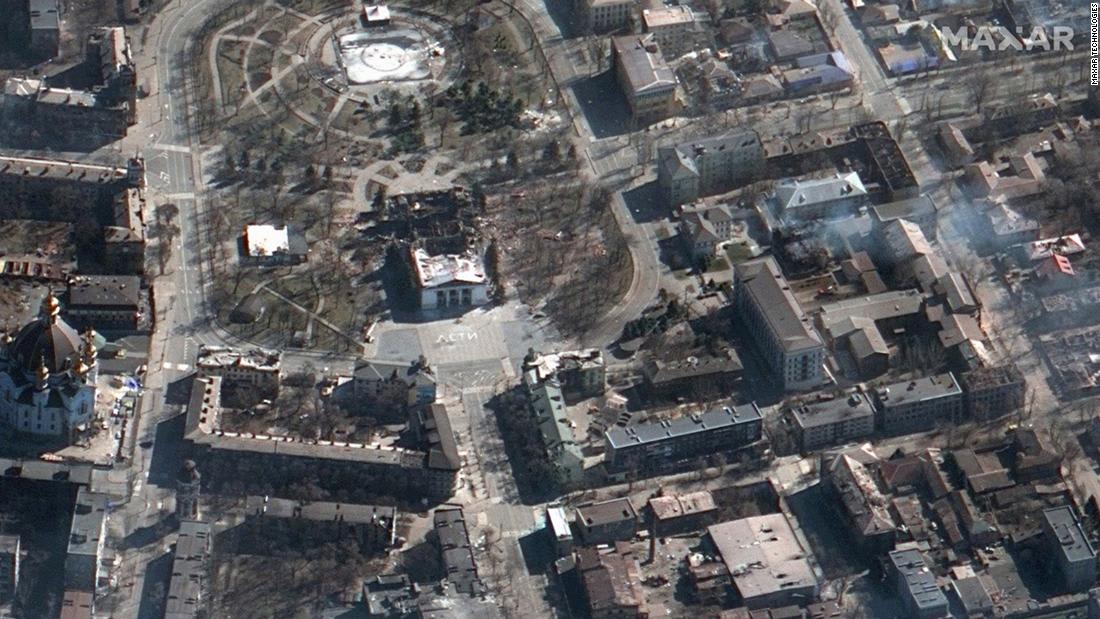 Ukraine's President Volodymyr Zelensky said in a video address released Monday that the Ukrainian port city of Mariupol is being “reduced to ashes” by Russia's military aggression, but added that the city will “survive.”

Mariupol, which before the war was home to around 450,000 people, has been under near constant attack from Russian forces since early March with satellite images showing significant destruction to residential areas.

Zelensky in his address went on to again urge Ukrainians to “do everything you can to defend our country, to save our people.”

Since the Russian invasion of Ukraine started in late February, “we are seeing more and more [Ukrainian] heroes. Once ordinary Ukrainians, and now true fighters,” he said.

The Ukrainian leader also said that ordinary citizens in Ukraine are “rising” to the point that Russia “doesn’t believe that this is the reality,” and added, "we will make Russia believe.”

“Fight, keep on fighting, and help,” he urged Ukrainians.

The US has been unable to determine if Russia has designated a military commander responsible for leading the country's war in Ukraine, according to multiple sources familiar with the matter — something that current and former defense officials say is likely a key contributor to the apparent clumsiness and disorganization of the Russian assault.

Without a top, theater-wide commander on the ground in or near Ukraine, units from different Russian military districts operating in different parts of Ukraine appear to be competing for resources rather than coordinating their efforts, according to two US defense officials.

Units participating in different Russian offensives across Ukraine have failed to connect, these sources say, and in fact, appear to be acting independently with no overarching operational design.

Russian forces also appear to be having significant communication issues. Soldiers and commanders have at times used commercial cell phones and other unsecure channels to talk to each other, making their communications easier to intercept and helping Ukraine develop targets for their own counterstrikes.

It's all led to what these sources say has been a disjointed — and at times chaotic — operation that has surprised US and western officials.

"One of the principles of war is 'unity of command,' said CNN military analyst retired Lt. Gen. Mark Hertling, a former commander of the US Army in Europe. "That means someone has to be in overall charge — to coordinate fires, direct logistics, commit reserve forces, measure the success (and failure) of different 'wings' of the operation and adjust actions based on that."

Historically, there have been instances in which Russia has publicized this kind of information, but the Ministry of Defense has not made any reference to a top commander for operations in Ukraine and did not respond to CNN's request for comment on the topic.

And while it is possible that Russia has quietly designated a top commander to oversee the invasion — even if the US has been unable to identify that individual — the state of combat operations would suggest "he's inept," according to Hertling. 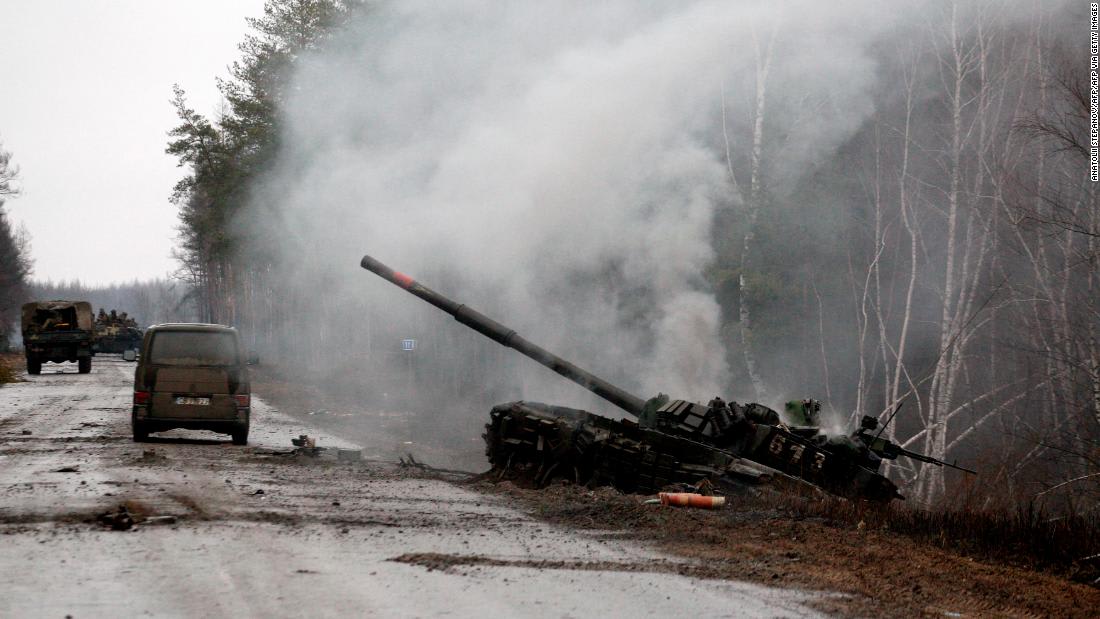 Who is Russia's top field commander in Ukraine? The US isn't sure.

A senior NATO intelligence official said on Monday that signs are pointing to a stalemate emerging in Russia’s war on Ukraine, with Russian ground forces remaining stalled and Russian combat aircraft unable to achieve air superiority over Ukraine.

“If we are not in a stalemate already, we are rapidly approaching one,” the official told reporters during a briefing at NATO headquarters. “And it's quite a thing to say when you consider the disparity in strength when this fight began.”

“You don't get to this point if you didn't make a series of mistakes,” the official added.

The official noted a stalemate is particularly dangerous, however, given how Russia has resorted to using less precise, more brutal weaponry against civilian targets since its campaign stalled.

“Will Ukrainians give up? No. And they have been very clear they will not give up,” the official said. “So what happens when you have these two forces running on each other in this way?”

Russia is not backing down either, despite their losses, the official said. In the last few days Russian forces have continued to assemble reinforcements and attempt to improve the logistical support in both Kyiv and the southern operational directions, the official said. The Belarusian government, meanwhile, is “preparing the environment to justify a Belarussian offensive against Ukraine,” the official added. Ukrainian officials have been warning publicly that Belarus might join the war.

It remains NATO’s assessment that Russia’s top goal is still to capture the Ukrainian capital and force a change of government there, as well as force Ukraine to adopt a neutral position with NATO and demilitarize. “I don’t think [Putin] has backed off any of his goals,” the official said.