In a post on his Facebook page, Mayor Andriy Sadovyi said he was unable to confirm the location of the strike but said it was not the airport.

“Missiles hit the area near Lviv airport. I cannot say the location at this time, but it is definitely not an airport. The windows in the buildings of [a] motor transport company are damaged. The situation on the ground is being clarified and we will update later,” Sadovyi said.

There was no word on any casualties.

The mayor also asked people not to share photos of the location that was attacked.

Multiple explosions were heard at about 6:30 a.m. local time and smoke was seen rising from the direction of the Danylo Halytskyi International airport to the west of Lviv, according to a CNN team in the Ukrainian city.

A number of videos posted on social media also seem to show smoke rising from the same location, but CNN has not verified this footage.

It is not yet known what caused the explosions, or their exact location.

CNN's team in Lviv filmed footage of smoke rising from the direction of the city's airport after they heard explosions Friday morning.

Some context: Lviv is located about 43 miles (70 kilometers) from the Polish border and has been relatively untouched by Russian attacks to date.

As Chinese President Xi Jinping prepares for a phone call with his US counterpart on Friday, the war in Ukraine looms large — with Beijing's position on Russia's invasion under increasing international scrutiny.

Russia-China friendship: Though not military allies, China and Russia have in recent years burnished their partnership in trade, technology and coordination of military exercises, while becoming increasingly vocal about what they view as Western interference into their domestic affairs -- pushing back on US-led sanctions and often voting as a bloc in the United Nations.

The war began just weeks after Beijing declared a limitless partnership with Moscow. In February, Xi met with Russian President Vladimir Putin in Beijing — the Chinese leader's first in-person summit with another head of state in nearly two years.

The meeting saw the two leaders sign a 5,000-word joint statement that included an expression of their shared disapproval of NATO expansion — an issue that's been key to Putin's rationale for his assault on Ukraine.

Days before the invasion, Beijing continued to publicly dismiss US intelligence that a Russian attack on its neighbor was imminent. Views diverge on how much Xi may have known about Putin's true plans.

Precarious position: Since the war began, China has tried to project a neutral stance. It has not condemned Russian actions, and has refused to label the attack an invasion. Chinese diplomats have criticized NATO expansion and accused the United States of fueling the conflict. But they have also called for a diplomatic solution.

Potential consequences: Russia has asked China for military and economic support, according to conversations CNN had with two US officials — and the US has intelligence suggesting Beijing has expressed some openness to this request, a Western official and a US diplomat told CNN.

It is not yet clear whether China intends to provide Russia with that help, US officials familiar with the intelligence tell CNN — but according to the White House, Biden will lay out the potential ramifications of such an action during the call with Xi.

Relentless Russian strikes on Ukrainian cities including Chernihiv and Mariupol have caused widespread damage, according to officials, while Russia’s advance on Kyiv appears to have stalled.

Months before Russian troops attacked Ukraine, American Jimmy Hill went there to be with his Ukranian partner, Ira, who has multiple sclerosis. When war broke out, Hill stayed, despite the deteriorating conditions in the northern Ukrainian city of Chernihiv.

"He was not going to leave Ira's side in her condition," Hill's sister Katya told CNN. "Jim was in Ukraine this time because he had gotten medicine from the United States and had found a doctor in Chernihiv that would treat her."

Hill was among dozens of civilians killed by the Russian onslaught Thursday in Chernihiv.

Ukrainian police said he died during artillery fire. His sister told CNN the family didn't get specifics about his death from the US Embassy.

Chernihiv, to the northeast of Kyiv and close to the Russian border, has seen some of the most intense shelling from Russian forces since the war began more than three weeks ago.

Hill often traveled to Ukraine yearly to visit his partner, according to his longtime friend Karin Moseley. They had been together for around 13 years, she told CNN.

His Facebook posts throughout March chronicled the worsening situation in Chernihiv, detailing air raid sirens, daily explosions and an "orange sky over the city" amid fires. His final entry read: "Bombing has intensified noway (sic) out."

A school in the Czech Republic where Hill taught posted a statement on Facebook expressing their loss.

“Jimmy was a passionate teacher in our Summer School on Crime, Law and Psychology program since 2014 and was loved by the students from all over the world. We will miss Jimmy very much," the Prague Summer Schools said in the post. 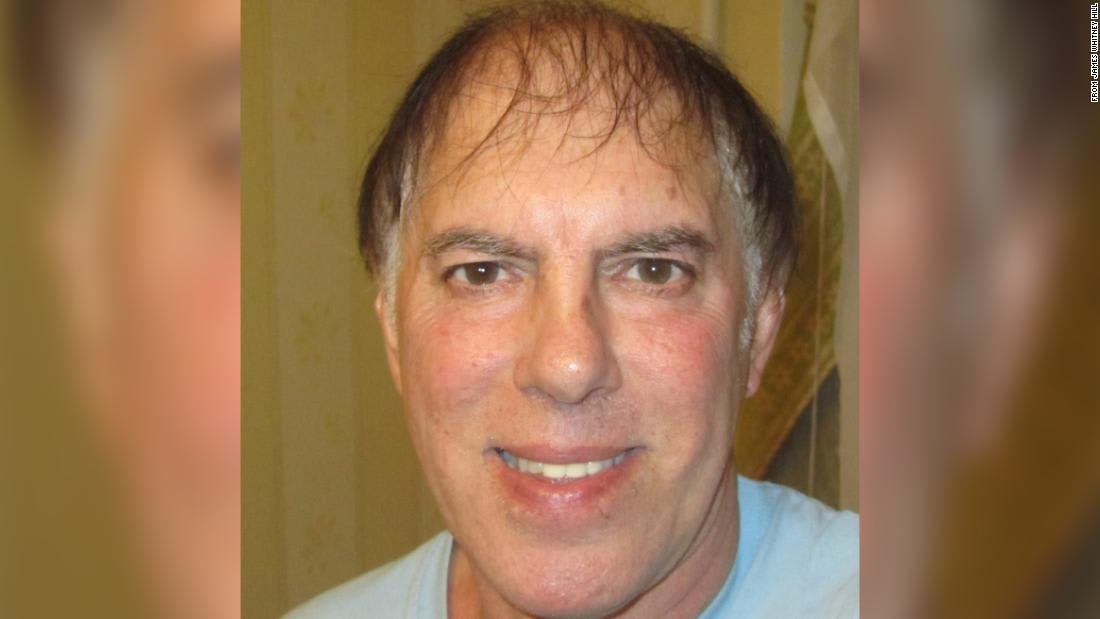 Former California Gov. Arnold Schwarzenegger made an impassioned appeal to the Russian people in a video posted on social media, asking them to resist their country's disinformation as the devastating invasion of Ukraine continues.

Schwarzenegger said he was "sending this message through various different channels" for Russian citizens and soldiers, and hoped his message about the atrocities committed by its government and military would break through. The video posted on Twitter has more than 16 million views.

"Ukraine did not start this war. Neither did nationalists or Nazis," he said. "Those in power in the Kremlin started this war."

Russian President Vladimir Putin and government officials have made false accusations toward Ukraine as their motivations for the invasion, baselessly saying the country must "deNazify."

He heavily criticized the Russian government for the invasion, saying they "lied not only to its citizens but to its soldiers" for the reasons behind the war. 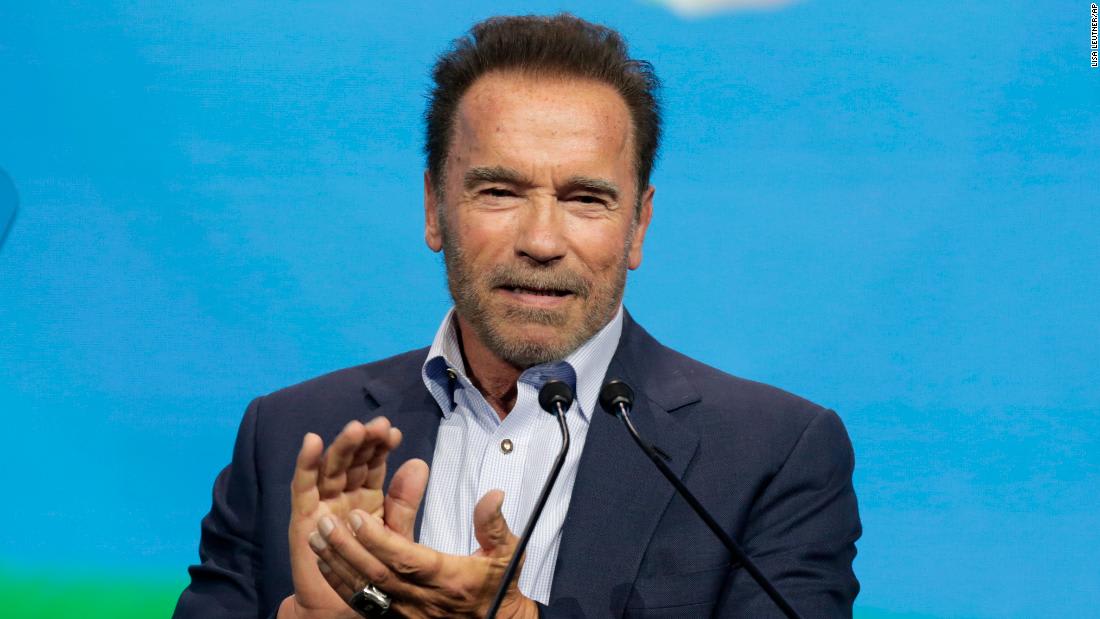 The Russian military continues to face logistical problems in its “faltering invasion of Ukraine,” Britain's Ministry of Defence said in a statement on Thursday.

In its latest intelligence update, the ministry said Russian forces were being prevented from resupplying “forward troops with even basic essentials such as food and fuel,” due to their inability to control Ukrainian airspace and challenges on the ground.

Russian forces have been reluctant to maneuver across the country, the ministry said, but did not provide additional details on its knowledge of Russia’s strategic moves.

“Reluctance to maneuver cross-country, lack of control of the air and limited bridging capabilities are preventing Russia from effectively resupplying their forward troops with basic essentials such as food and fuel,” the ministry said.
“Incessant Ukrainian counterattacks are forcing Russia to divert large numbers of troops to their own supply Iines. This is severely limiting Russia’s offensive potential.”