One person died and four others were injured in a fire at a residential building in the Podilskyi district of Kyiv on Friday, Ukraine's Emergency Service said.

The blaze broke out after the remains of a downed rocket hit the five-story building, the service said.

The initial report about a fire was received at 8:04 a.m. local time, it said. Upon arrival, firefighters saw there was a fire from the first through the third floors. The blaze is being extinguished at the moment.

According to preliminary information, 12 people were rescued and 98 people were evacuated, the service said.

On Tuesday, a 10-story apartment building in the Podil neighborhood of the district was hit in a strike, causing a fire in the first five floors of the building, according to emergency services.

Russia launched six missiles toward the western city of Lviv on Friday morning, according to the Ukrainian armed forces.

The projectiles were most likely cruise missiles fired from warplanes over the Black Sea, it said in a statement on Facebook.

Two of the missiles were intercepted by air defense systems, the statement added.

A CNN crew in Lviv heard multiple explosions at about 6:30 a.m. local time and smoke was seen rising from the direction of the Danylo Halytskyi International airport to the west of the city.

Blunt US rhetoric heading into President Joe Biden's call with Chinese President Xi Jinping suggests that a meeting of the minds on Russia's brutality in Ukraine is unlikely, and reflects the current bitter tensions between Washington and Beijing.

Biden and Xi are due to speak at 9 a.m. ET Friday, with the US setting the stage for a stern warning that Chinese firms would pay a serious price if the Beijing government heeds Russian President Vladimir Putin's pleas for military and economic aid.

The call will find the US surmounting one of its deepest-set foreign policy fears — risking an open clash with China while simultaneously facing down Russia — in another extraordinary geopolitical shuffle triggered by the Ukraine war.

It also puts Biden in the odd position of seeking the tacit cooperation of the nation seen as America's most powerful rising foe to suppress its historic Cold War rival of the second half of the 20th century.

Given that China is known for ruthlessly pursuing its own interests and has no interest in shoring up the Western-led world order that Putin is seeking to buckle, it seems fanciful that Xi will choose what the US sees as the right side of history on the Ukraine conflict — at least until its own economic self-interest dictates a change of course.

And US-China relations are so toxic that many analysts had been predicting a new Cold War in the Pacific between the rivals, before the original version reignited in Europe with Putin's invasion of Ukraine at the end of last month.

The theatrics of a call that will be closely watched around the world cannot be dismissed. Just by holding the conversation, and publicizing it heavily beforehand, Biden is sending a signal to Putin that his "no limits" friendship forged with Xi in Beijing shortly before the invasion may not be as significant as the Russian leader had hoped. The conversation also fosters an impression that Washington sees China as the key global power other than itself — instead of Moscow. 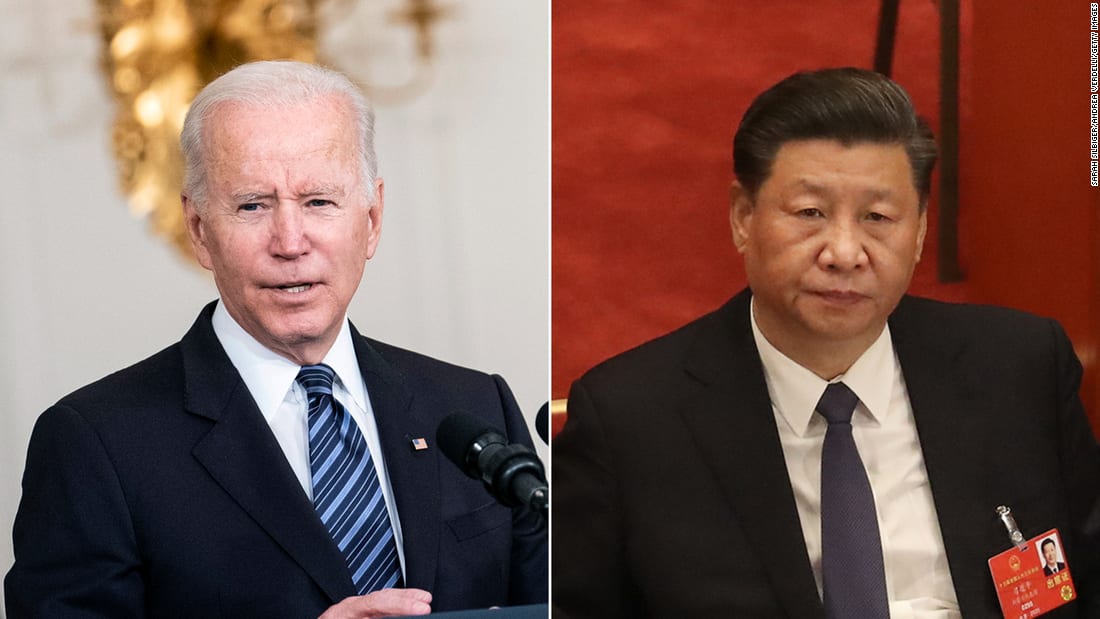 Analysis: US sets the stage for contentious Biden call with China's Xi

Rescuers and medical teams are working in the Podil area of Kyiv after an attack on the residential neighborhood in the north of the capital on Friday morning, the city council said.

There was no word on any casualties or damage to buildings.

He said several missiles hit the site, which is close to Lviv airport.

In an update on his Facebook page, the mayor said work at the plant had stopped before the missiles hit and there were no reports of casualties at this stage.

Some context: Until Friday, the picturesque city in western Ukraine has largely been spared from the relentless bombardment of Russian forces. But at about 43 miles (70 kilometers) from the Polish border, Lviv is at NATO's doorstep — any attack here could have international repercussions.

At least one Russian missile hit a location in Lviv early Friday, according to the city's mayor.

Mayor Andriy Sadovyi said on Facebook he was unable to confirm the location of the strike but it was not the city's airport.

So far, the picturesque city in western Ukraine has largely been spared from the relentless bombardment of Russian forces.

Here's why Lviv is so important: 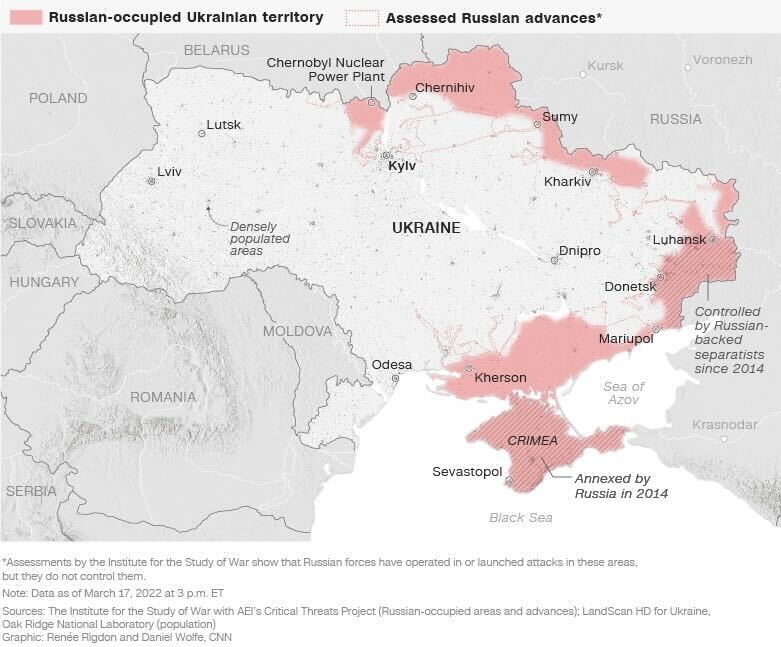 Last Sunday, Russia expanded its offensive to western Ukraine, firing missiles near Lviv and hitting a large military base close to the Polish border, reportedly killing dozens of people and drawing the war closer to the borders of a NATO country. The attack came the day after the Kremlin threatened to attack Western weapons shipments to Ukraine.

In a post on his Facebook page, Mayor Andriy Sadovyi said he was unable to confirm the location of the strike but said it was not the airport.

“Missiles hit the area near Lviv airport. I cannot say the location at this time, but it is definitely not an airport. The windows in the buildings of [a] motor transport company are damaged. The situation on the ground is being clarified and we will update later,” Sadovyi said.

There was no word on any casualties.

The mayor also asked people not to share photos of the location that was attacked.

Multiple explosions were heard at about 6:30 a.m. local time and smoke was seen rising from the direction of the Danylo Halytskyi International airport to the west of Lviv, according to a CNN team in the Ukrainian city.

A number of videos posted on social media also seem to show smoke rising from the same location, but CNN has not verified this footage.

It is not yet known what caused the explosions, or their exact location.

CNN's team in Lviv filmed footage of smoke rising from the direction of the city's airport after they heard explosions Friday morning.

Some context: Lviv is located about 43 miles (70 kilometers) from the Polish border and has been relatively untouched by Russian attacks to date.