Though Russia's invasion has stalled in most areas of Ukraine, troops have made progress in the south of the country by using the same tactics they deployed in Syria, said Mason Clark, lead Russia analyst at the Institute for the Study of War.

Russia's attack on the coastal city Mariupol, where hundreds of thousands of people have been trapped by relentless bombarding for weeks, is "ripped from the Syria playbook," Clark said.

"They're very intentionally targeting water stations and power supplies and internet towers and cell phone towers and that sort of thing, in a very deliberate attempt to make it more difficult for the defenders to hold out and try and force them to capitulate," Clark said.

“It’s the same approach the Russian forces have taken in a number of cities in Syria, such as Aleppo and Palmyra,” he added. “You also then have the frankly deliberate war crimes that Russians are committing, such as targeting that drama theater in Mariupol that was housing refugees, which unfortunately tracks with what Russian forces have done in the past, both in Syria, as well as in previous wars in Georgia and Chechnya.”

The city of Aleppo was reduced to ruins during the Syrian civil war, with air offensives that killed and maimed scores of civilians. Hospitals were destroyed, and entire housing blocks reduced to rubble.

If Mariupol falls, that could be the "next major change in the war, because it'll free up a lot of Russian forces that are currently deadlocked in that operation, including some of the best units of Russia's Southern Military District that could potentially resume further operations,” he added.

The accounts of Russia's military issues and ineptitude during its three-week-long invasion of Ukraine are too numerous to list.

The proof of Russia's military problems is in a video of Russian tanks, stuck in a line, being destroyed by Ukrainians — and in reports of Russian combat deaths, which already may be anywhere from 3,000 to more than 10,000.

If those death tolls are toward the higher end — and we really don't know — it has been noted that would mean Russian deaths to date could be more than US military combat deaths during 20 years in Iraq and Afghanistan combined, although the total death tolls from those conflicts were far greater than just US military deaths.

There are numerous accounts of Russian soldiers surprised to learn they had been sent to war.

But an incapable Russian army is not entirely good news.

"Failing militaries can be even more dangerous than successful ones," writes Kori Schake, director of foreign and defense policy at the American Enterprise Institute, in The Washington Post.

It is exactly their incompetence that could make this war so devastating, she argues.

"There's reason to worry that the ineptitude and lack of professionalism that Russian forces have displayed in the first three weeks of the conflict are making fighting considerably more brutal for civilians than a more competent military would — and increasing the prospects that the war escalates." 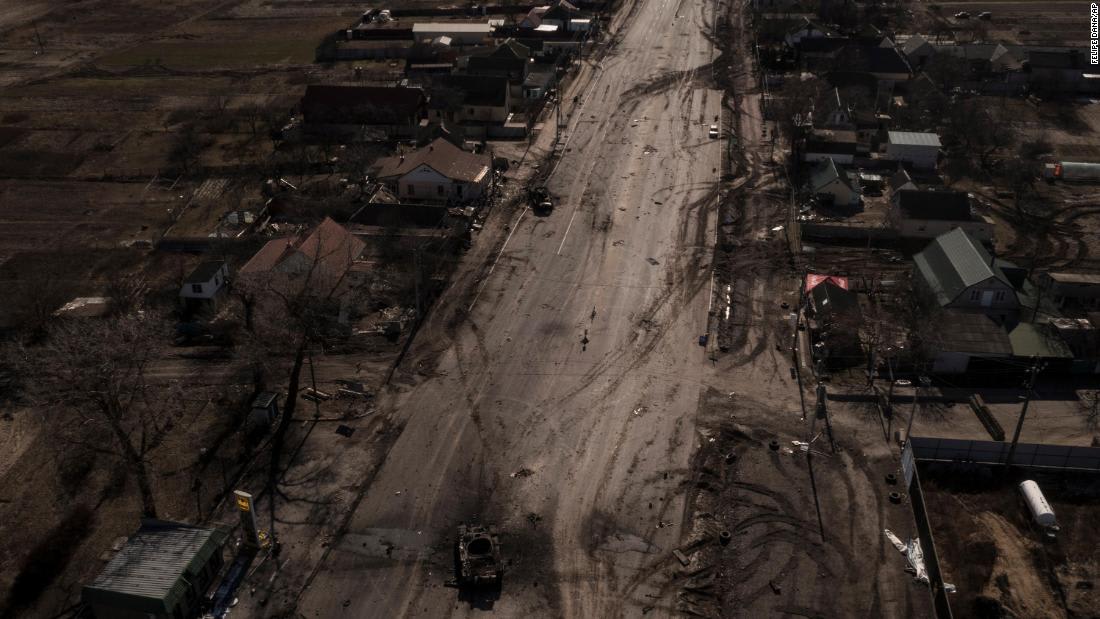 The Russian military continues to face logistical problems in its “faltering invasion of Ukraine,” Britain's Ministry of Defence said in a statement on Thursday.

In its latest intelligence update, the ministry said Russian forces were being prevented from resupplying “forward troops with even basic essentials such as food and fuel,” due to their inability to control Ukrainian airspace and challenges on the ground.

Russian forces have been reluctant to maneuver across the country, the ministry said, but did not provide additional details on its knowledge of Russia’s strategic moves.

“Reluctance to maneuver cross-country, lack of control of the air and limited bridging capabilities are preventing Russia from effectively resupplying their forward troops with basic essentials such as food and fuel,” the ministry said.
“Incessant Ukrainian counterattacks are forcing Russia to divert large numbers of troops to their own supply Iines. This is severely limiting Russia’s offensive potential.”

Basketball player Brittney Griner remains in Russian custody after a court hearing Thursday that extended her detention to May 19, according to state news agency TASS.

The Phoenix Mercury star, who plays in Russia's Women's Premier League during the WNBA offseason, was arrested on Feb. 17, according to US Rep. Colin Allred.

According to state-owned RIA Novosti, a court advocate said she should be kept under house arrest because their jail beds are a foot (0.3 meters) too short for Griner, who is 6’9” (2.05 meters).

What we know about her arrest: The location of Griner’s detention has not been publicly revealed. She is in a cell with two others who speak English, according to TASS and the court advocate.

Griner was accused of smuggling hash oil into the country, according to RIA Novosti. Her attorneys argued in court Thursday that “the arrest was unlawful and the measure of restraint was unnecessarily severe,” RIA reported.

Consular access: Although a State Department official told CNN the US has been denied consular access to Griner, a source close to the situation said Griner’s Russian legal team has seen her several times a week throughout her detention, and she is well.

The source added the Russian investigation is ongoing, a trial date has not been set, and Griner’s detention could be extended again in May.

Meanwhile, Griner’s friends and loved ones in the US are watching the case closely, including her former high school coach, Debbie Jackson. “I’m hopeful that the US government is working on her behalf and doing everything they can to help,” Jackson said.

China is quietly distancing itself from Russia's sanction-hit economy.

The two states proclaimed last month that their friendship had "no limits." But that was before Russia launched its war in Ukraine.

Here are some measures Beijing has taken in the past few weeks to distance itself from the isolated and crumbling Russian economy. 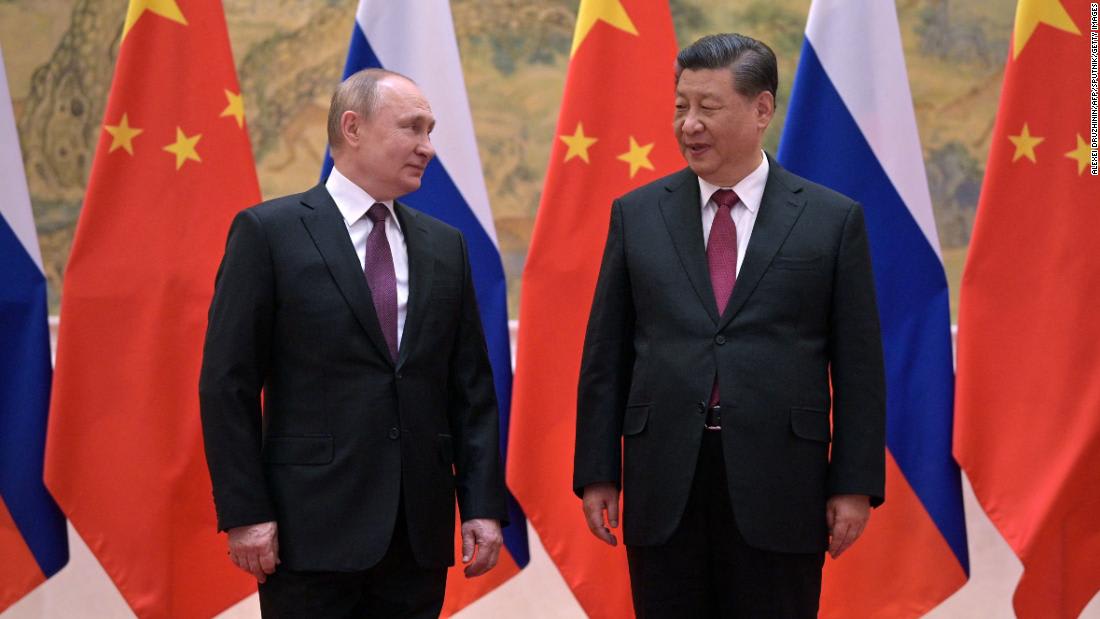 The phone call — the first known discussion between the two leaders since November — comes after recent assertions from US officials, including Secretary of State Antony Blinken, that Russia has asked China for military support in Ukraine. Beijing and Moscow have both denied the claims.

"I'm just not going to outline what these consequences will look like. The President obviously will speak with President Xi tomorrow and he'll speak directly about that," she added.

The two leaders will also discuss other bilateral issues like managing competition between the two countries, the White House said on Thursday. Chinese state media did not mention the topics of discussion when announcing the call, only saying the leaders would "exchange views" on "issues of common interest."

Some context: The announcement of the call comes after an intense, seven-hour meeting in Rome, between Biden's national security adviser Jake Sullivan and top Chinese diplomat Yang Jiechi. During the meeting, Sullivan warned his Chinese counterpart of "potential implications and consequences" for Beijing should support for Moscow be forthcoming, a senior administration official said.

Assistance from China would be a significant development in Russia's invasion of Ukraine. It could upend the hold Ukrainian forces still have in the country as well as provide a counterweight to the harsh sanctions imposed on Russia's economy.

Ukrainian President Volodymyr Zelensky warned those trying to join Russian forces in Ukraine it would be "the worst decision of your life," in a video message posted to Facebook Thursday night.

“Long life is better than the money you are offered for a short one,” Zelensky said. He claimed Ukraine has information the Russian military is recruiting mercenaries from other countries, but said this will not help them.

Ukrainian forces are still holding all key areas of the country, he added.

New Russian conscripts have been taken as prisoners, Zelensky said — but added, “We do not need 13 or any number of thousands of dead Russian soldiers."

Addressing Russian people, he said, "We didn't want this war. We only want peace. And we want you to love your children more than you fear your authorities."

Zelensky addressed the German Parliament Thursday following earlier speeches to British, Canadian and US lawmakers. He said in his Facebook message he would continue speaking to partner states. "I feel that we are being increasingly understood. In Europe, in the world, in different countries," he said.

In his last Facebook post, United States citizen James Whitney Hill described the intensifying bombing around where he lived in Ukraine and said, "No way out," before authorities identified him as the American who was among the dead in the war.

The Minnesota native lived there with his partner, Ira, who is Ukrainian and could not leave because of her battle with multiple sclerosis.

Even as he detailed a chilling account of his last days in Ukraine — intense bombing, limited food and cold — he never thought about leaving "because he was not going to leave Ira's side in her condition," said his sister Katya Hill, who lives in the US in Pittsburgh, Pennsylvania.

The specifics around his death have not been confirmed to her, and she told CNN she is still trying to locate his body. She said her family is trying to reach Sen. Amy Klobuchar, or Minnesota, and Sen. Bob Casey of Pennsylvania.

"We don't know where my brother's body is. So that kind of closure the family won't have right now. So any help that somebody can let us know on that would be greatly appreciated," she said Thursday.

"We'll do a prayer service," she said. "What can I say? The hardest thing that we're going to have to go through is not having that kind of closure."

In the meantime, she also had not yet been able to connect with Hill's partner, Ira.

With electricity out, Hill had been reserving battery on his phone, she said, adding, "I can only assume that Ira's mother's phone is unable to be charged at this point."

She remembered her brother has "the helper that people find in a crisis."

"He had a stash of chocolate that he was keeping so he could hand out chocolates when someone ... needed encouragement," she told CNN.

Mariupol is being hit by between 50 to 100 artillery shells daily, according to the council of the besieged Ukrainian city.

"The city has been under blockade for sixteen days, more than 350,000 Mariupol residents continue to hide in shelters and basements from continuous shelling by Russian occupation forces," a city council statement said.

It continued: “About 80% of the city's housing stock has been hit, almost 30% of which cannot be restored.”

The statement, which was released early Thursday evening, said information about casualties from the attack on the theatre being used as a shelter was still being clarified.