At least two people have died and three were hospitalized after a residential building in a northern suburb of Kyiv was hit by shelling Monday morning, Ukraine's emergency services said.

Fifteen people were rescued and 63 evacuated after a shell hit the ninth floor of a residential building in the Obolon district.

The fire was extinguished around 7:58 a.m. local time.

A land corridor has been established between Crimea and Donbas, according to Russian state news agency RIA Novosti.

In its report, the news agency cited the Vice-Premier of Crimea Georgiy Muradov, who is the Permanent Representative of the Republic of Crimea under the President of Russia.

CNN has not been able to independently verify the Russian state media report.

According to RIA, the corridor provides a strategic route connecting Crimea to Mariupol, which is currently surrounded by Russian and Russian-backed separatist troops.

The land corridor would allow troops in Crimea to join forces with Russian-backed rebels in the self-proclaimed Donetsk People's Republic (DPR), as well as giving Russian-backed forces access to key port cities along the Sea of Azov.

The RIA report also called it an "important route" for connecting Crimea to the steel-making capital Mariupol and the industrial Donbas region.

In little over two weeks, millions of Ukrainian refugees have been forced to flee as the brutal Russian invasion of their homeland continues.

While many residents in the central and eastern portions of the country have relocated to western Ukraine and away from the front lines, more than 2.5 million Ukrainians have left entirely following Russia's invasion on February 24, according to the latest United Nations refugee estimates.

Most of those fleeing Ukraine are women and children. Ukrainian males aged 18 to 60 were banned from leaving after its national government enforced martial law. 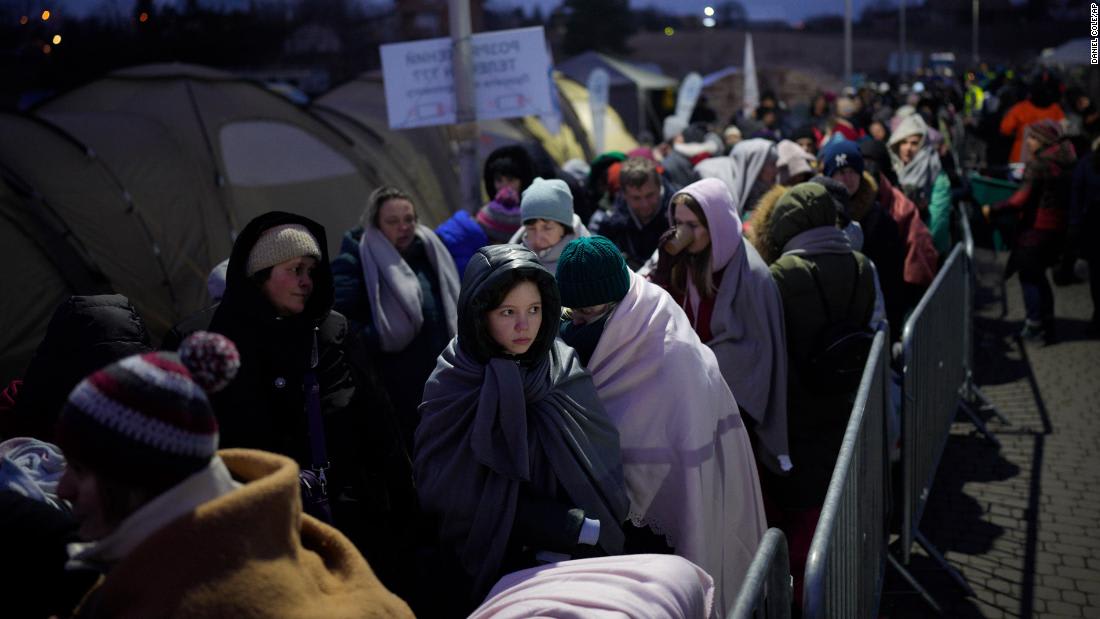 More than 2.5 million Ukrainians have fled their country since Russia's invasion. Here's where they are now

“Our proposals are on the table. They are very tough. Among them, the withdrawal of troops, the ceasefire," Podoliak said. "We shall not give up on any points, out of principle.”

“Representatives of our countries’ delegations speak in video format every day. Our delegation has a clear task — to do everything to ensure a meeting of the presidents. The meeting that I am sure people are waiting for,” he said.

The World Health Organization (WHO) said Sunday it is concerned the war in Ukraine could worsen the Covid-19 pandemic, and it is trying to do more to limit the spread of infectious diseases.

Cases in the region are down from the previous week, but there's significant risk there will be more severe disease and death due to low vaccination rates in Ukraine, as well as among the more than 2 million who've fled the country to surrounding areas — regions also with low vaccination rates.

Ukraine's Covid-19 vaccination rate is around 34%, while neighboring Moldova's is around 29%, according to Our World In Data.

There have been a total of 791,021 new cases of Covid-19 and 8,012 new deaths in Ukraine and in surrounding countries between March 3 and 9, a WHO situation report published Sunday said. 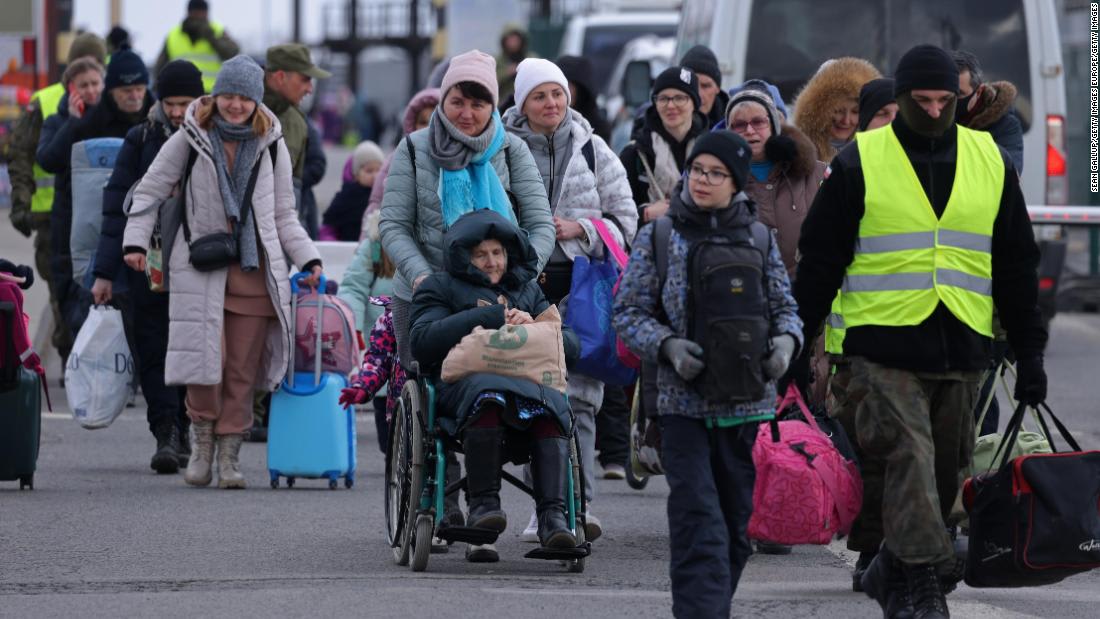 War in Ukraine could make the Covid 19 pandemic worse, WHO says

One man started the brutal war in Ukraine and only one man can end it: Vladimir Putin.

The Russian President's escalation of his vicious onslaught over the weekend — taking the conflict close to NATO territory in Poland and pouring missiles and artillery into civilian areas blighted by a worsening humanitarian crisis — suggest he's nowhere near ready for a ceasefire.

In fact, the war is only becoming more dangerous and closer to spilling out of control after Moscow told the US it would target Western arms shipments to the Ukrainian armed forces that have helped slow the Russian advance.

Ukrainian President Volodymyr Zelensky warned Sunday night that it was only a matter of time before Russian missiles fell on NATO territory — as he renewed his call for the alliance to close the skies over his country.

There is every sign that the Russian leader, despite presiding over an invasion that has turned Russia into an economic and diplomatic pariah, plans to callously press on and destroy Ukraine to further his personal ambition of preventing it ever joining the West. 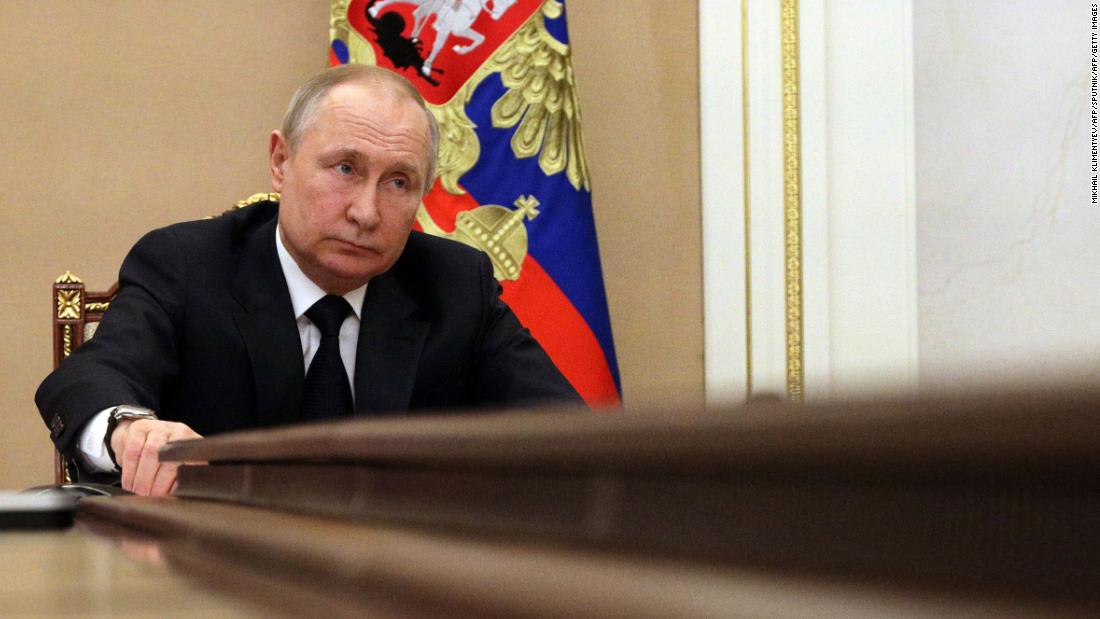 Analysis: Only Putin can end the war -- but he's escalating its brutal toll and spillover potential

The International Committee of the Red Cross (ICRC) is calling for an urgent solution to prevent a “worst-case scenario” for civilians trapped in the southern city of Mariupol, according to a statement released Sunday.

“A worst-case scenario awaits the hundreds of thousands of civilians trapped by heavy combat in Mariupol unless the parties reach a concrete humanitarian agreement urgently,” the statement says.

The ICRC called on all parties fighting in Mariupol to agree on a ceasefire that ensures a safe passage for civilians.

“All those participating in the fighting need to agree to the modalities and timing of a ceasefire, the precise locations of the safe passage route, and then ensure that the agreement is respected,” ICRC added.

Hundreds of thousands of Mariupol residents are facing “extreme or total shortages of basic necessities like food, water, and medicine” and many are sheltering in “unheated basements,” ICRC said.

Bodies are also trapped under the rubble or lying where they fell in the city.

Earlier Sunday, Mariupol's city administration said in a Telegram post a large convoy of humanitarian aid destined for the besieged city had not arrived, and was still stuck in Berdyansk, some 50 miles to the west, leaving 400,000 people waiting for help.

Russian airstrikes hit close to a NATO member's border and Moscow asked China for military assistance in Ukraine, a senior US official said.

Russia expands west: Russian airstrikes hit a large military base near the western city of Lviv, which is close to the Polish border, killing 35 people and leaving more than 130 in hospital Sunday. More than 30 missiles fired from warplanes over the Black and Azov seas had hit the military base, according to a Ukrainian government statement. As Russia expands its offensive to western Ukraine, President Volodymyr Zelensky says "it is only a matter of time before Russian missiles fall" on NATO territory.

Seeking China's help: Russia has asked China for economic support and military assistance in Ukraine, including drones, two US officials said Sunday. White House National Security Adviser Jake Sullivan said the development is a “concern" and the US has made it clear to Beijing there will "absolutely be consequences" for "large-scale" efforts to give the Kremlin a workaround to US sanctions. Sullivan will meet Chinese counterparts in Rome on Monday for talks.

Treason investigation: Ukraine's prosecutor general has opened a treason investigation into Galina Danilchenko, the newly installed mayor of Russian-occupied Melitopol. Danilchenko was installed as Melitopol's mayor after the elected mayor, Ivan Fedorov, was detained by armed men on Friday and accused of terrorism offenses. On Sunday, Danilchenko said in a televised video that "Russian TV channels" would begin broadcasting in the region.

Chernobyl staff: Staff at the Chernobyl nuclear power plant are so tired they have stopped carrying out the repair and maintenance of safety-related equipment, the International Atomic Energy Agency (IAEA) said. The 211 technical personnel and guards have still not been able to rotate from the facility since Russian forces entered the site. Ukraine managed to resume the power supply at Chernobyl on Sunday.

Dire situation in Mariupol: The city's administration confirmed Sunday night a large convoy of humanitarian aid destined for the besieged city had not arrived, and was still stuck in Berdyansk, some 50 miles to the west. Berdyansk is being held by Russia. A resident of Mariupol painted a grim picture of the situation in the city in a video diary posted on Twitter, saying "the world doesn't know what's happening here ... This is horror."

Japan has backed its condemnation of war in Ukraine with sanctions on Russian officials and oligarchs, but experts say they're not the only audience for Tokyo's outrage — China is meant to get the message, too.

Since Moscow attacked Ukraine, commentators have drawn comparisons between Russia's actions and China's stated ambition to seek the "reunification" of Taiwan with the mainland.

For Japan, support for Ukraine serves a dual purpose, according to Yoko Iwama, an international relations and security expert at the National Graduate Institute of Policy Studies.

"The purpose of Japan's response is to send a message that we will be ready and we will resist if there's an invasion (of Japanese territory), that we will not allow the borders to be changed by force," said Iwama.
"We don't want a real war, the objective is political -- that China is persuaded from an aggressive act like the one that Putin has taken in the last several days and weeks." 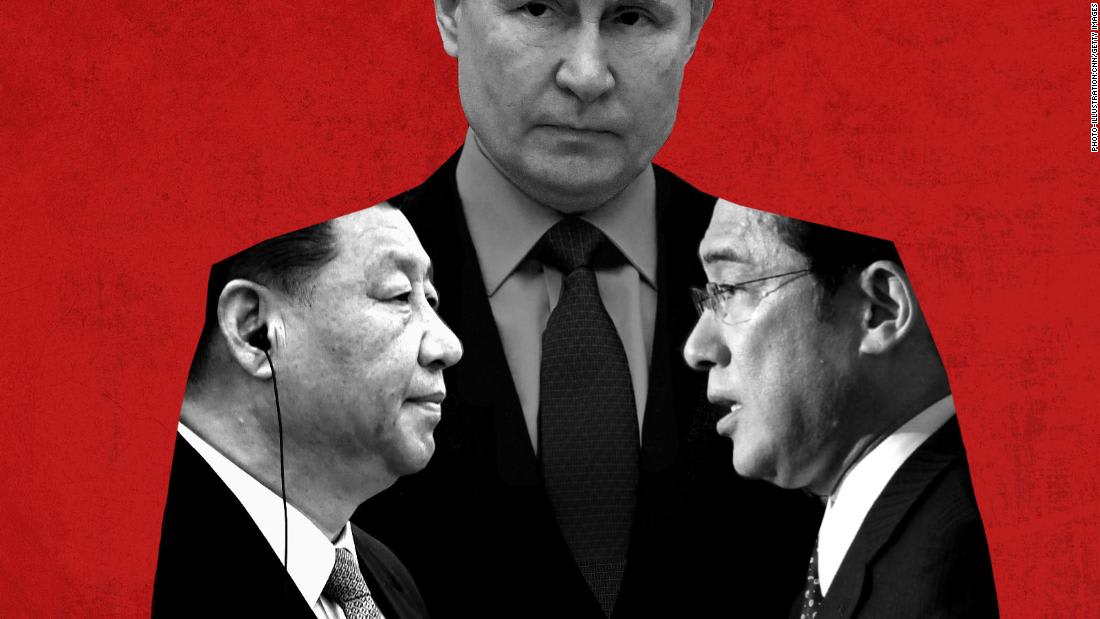 Analysis: Japan's tough talk on Russia is really about China