Ukrainian experts are working at the site of a blast in Poland where a missile killed two people on Tuesday, according to a senior government minister.

“I am grateful to the Polish side for granting them access. We will continue our cooperation in an open and constructive manner, as closest friends do.”

The leaders of Poland and NATO said the missile that landed in the Polish village of Przewodow was likely fired by Ukrainian forces to defend against a wave of Russian strikes. The incident appeared to be an accident, they added.

The blasts at the Nord Stream pipeline in September were caused by an act of sabotage, Swedish prosecutors said Friday after evidence of explosives was discovered at the sites by investigators.

In a statement, Mats Ljungqvist, the prosecutor leading the preliminary investigation, described the incident as “gross sabotage,” adding that “traces of explosives” were found at the scene.

The preliminary investigation will continue and has yet to determine any charges, the statement said. The prosecutor’s office declined to give further comment, Reuters reported.

Swedish and Danish authorities have been investigating four holes in the Nord Stream 1 and 2 pipelines which link Russia and Germany via the Baltic Sea.

Both pipelines have been flashpoints in an escalating energy war between European capitals and Moscow that has pummeled major Western economies, sent gas prices soaring and sparked a hunt for alternative energy supplies since Russia invaded Ukraine in February. 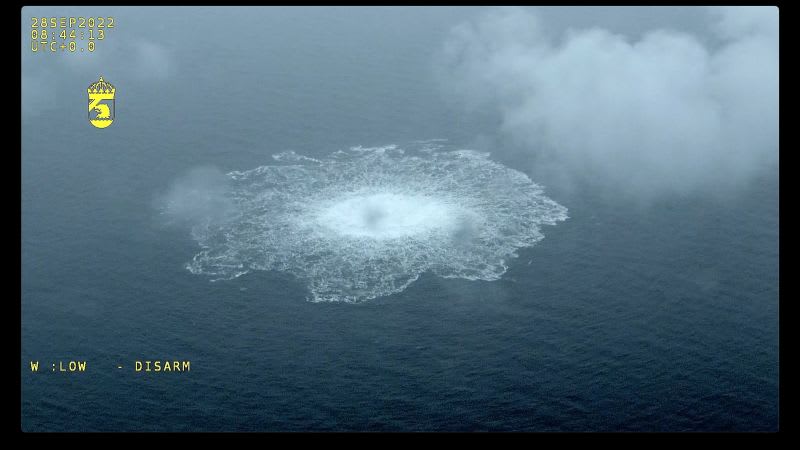 Russia has launched renewed strikes on Kyiv's frontline positions in the eastern Donetsk and Luhansk regions, according to the Ukrainian military.

“The enemy is concentrating its efforts on thwarting our Defence Forces in specific areas ... launching assaults in the direction of Bakhmut, Avdiivka and Novopavlivka,” Oleksandr Shtupun, a spokesman of the General Staff of the Armed Forces of Ukraine, said Friday.

Bakhmut and Avdiivka have been fiercely fought over for several months, but they remain in Ukrainian hands.

Many other Ukrainian positions in the Donbas -- the eastern region at the heart of Russia's war in Ukraine -- also came under fire on Thursday, Shtupun added.

Russia will “likely” bolster its offensive operations in eastern Ukraine by redeploying troops from the south, after they were forced to retreat from the city of Kherson last week, according to the UK's defense ministry.

“Following the withdrawal of its forces from west of the Dnipro River, Russian forces continue to prioritise refitting, reorganisation and the preparation of defences across most sectors in Ukraine,” the ministry tweeted in its daily intelligence update Friday.

“It is likely that Russia will attempt to eventually redeploy some of the forces recovered from Kherson to reinforce and expand its offensive operations near the town of Bakhmut in Donetsk Oblast.”

The West could be a “guiding and reinforcing element” for Kyiv in any negotiations with Moscow over the war in Ukraine, according to the Kremlin.

“Directives” from those countries are “very scrupulously implemented by Kyiv,” he added.

The Kremlin repeatedly accused Ukrainian authorities of withdrawing from negotiations with Moscow and demonstrating an unwillingness to resume talks, amid renewed Russian attacks on Ukrainian infrastructure and energy facilities.

The tense diplomatic relationship between both countries further unraveled after Russia launched its invasion of Ukraine in February.

As the war approaches the nine-month mark, Zelensky proposed a 10-point peace plan in front of world leaders at the G20 summit on Tuesday.

The death toll from Russian shelling on a residential building in Ukraine’s southeastern Zaporizhzhia region overnight into Thursday has risen to nine, according to the Ukrainian presidential office.

“As of this morning 2 more dead were found" in Vilniansk, Kyrylo Tymoshenko, the deputy head of President Volodymyr Zelensky’s office, said on Telegram.

“Thus, 9 dead have already been found as a result of Russian terrorists' missiles that shelled residential buildings yesterday.”

Pictures posted in the aftermath of the attack by Ukraine's State Emergency Service showed dozens of rescuers working at the scene.

Temperatures have plummeted in Ukraine this week, putting the country’s power grid under extra strain as engineers try to repair damage caused by fresh Russian missile strikes, according to the state energy company.

“Due to a dramatic drop in temperature, electricity consumption is increasing daily in those regions of Ukraine where power supply has already been restored after massive missile strikes on November 15 on the energy infrastructure," Ukrenergo said in a statement Friday.

"This complicates the already difficult situation in the energy system."

Ukrenergo said it was restricting the use of electricity in some areas as “a necessary measure to preserve the stability of the energy system” and had teams “working around the clock to restore the damaged infrastructure in order to return light to Ukrainians.”

Many parts of Ukraine, including the capital Kyiv, saw the first snowfall of the season on Thursday. 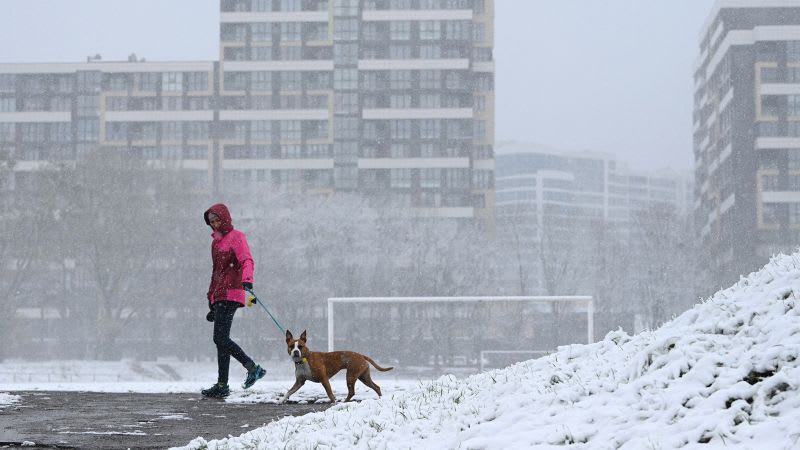 Oleksander’s restless pale blue eyes speak as loudly as his words. He is on edge, and with good reason, as he returns to the jail in the newly liberated city of Kherson where he says Russian guards beat him daily.

We pass cell blocks and rusting outdoor exercise cages, move through guard rooms, turnstiles and heavy iron doors, and travel along fences topped in reams of razor wire in this Soviet-era prison until we reach one of the epicenters of Russia’s brutal occupation of Ukraine.

It’s here, in a dark and rubble-strewn corridor, that Oleksander and another former prisoner who didn’t want to be interviewed say Russian guards executed Ukrainian prisoners for pro-Ukrainian chants or tattoos. CNN is identifying Oleksander only by his first name for security reasons.

As Oleksander pushes on a solid, red iron cell door at the end of the corridor, burning wood falls from the ceiling, smoke billows and glowing embers tumble out. The ceiling in this part of the cell block is alight and burning timbers are crashing down.

That’s where the Russian troops brought people for torture, Oleksander tells us. After the Russians withdrew from Kherson “they set fire [to] it to destroy evidence of their crimes,” he says. It is impossible to enter to check it out, due to the flames.

Poland will move quickly with its investigation into the missile that landed on the village of Przewodow on Tuesday, a Polish official told CNN on Thursday.

Speaking to CNN’s Isa Soares, Polish Ministry for Foreign Affairs spokesperson Lukasz Jasina said Poland is pushing ahead with its investigation into the incident, adding that authorities expect to receive the results in the next few days.

Jasina said Ukrainian experts will also be allowed access to the site, stressing there first needs to be “some legal arrangements to create a good space for their expertise.”

Some background: Earlier Thursday, Polish President Andrzej Duda said Ukrainian investigators will be allowed to observe the investigation, “but when it comes to participation in proceedings and access to documents and information, it requires specific treaty grounds, specific grounds in the field of international law and international agreements.”

Jasina, who told CNN he comes from the region where the missile exploded, said the mood among his friends and neighbors is “very very sad.”

“Russian threat is direct not only for Ukraine but also for Poland and other European states. That war is against all of us, against our values, against Europe, against our style of life,” he added.

In his daily video message, Zelensky said crews are doing everything to normalize supply, but there were "emergency power cuts again in addition to the planned stabilization ones."

"As of now, more than 10 million Ukrainians are without electricity," he said — the same number as on Tuesday night after a barrage of missile attacks.

Most of the outages are in Vinnytsia, Odesa, Sumy and Kyiv regions, the president said.

Yasno, a power supplier in Kyiv, said the city had experienced emergency blackouts all day, with the grid having less than half of its normal supply. It said power engineers were trying to stabilize the system to avoid even greater damage.

Zelensky said dozens of people were wounded as a result of a missile strike in Dnipro. In Zaporizhzhia, seven bodies had been recovered from the debris of a residential building destroyed by Russian shelling, he said.

"Again and again, we repeat to our partners that only full protection of Ukrainian skies will save both Ukraine and Europe from many possible escalations of Russian aggression and will definitely encourage Russia to truly end the war," Zelensky said as Ukraine endures waves of missile strikes.

Zelensky also welcomed the renewal for four months of the Black Sea grain export accord and the verdict at the MH17 trial in the Netherlands.