After 100 days of war, Russian forces now control about 20% of Ukrainian territory, according to Ukrainian President Volodymyr Zelensky.

The Ukrainian military says fighting continues in multiple parts of the Luhansk and Donetsk regions, with Russian forces trying to advance from several directions as they seek to take more of the area. 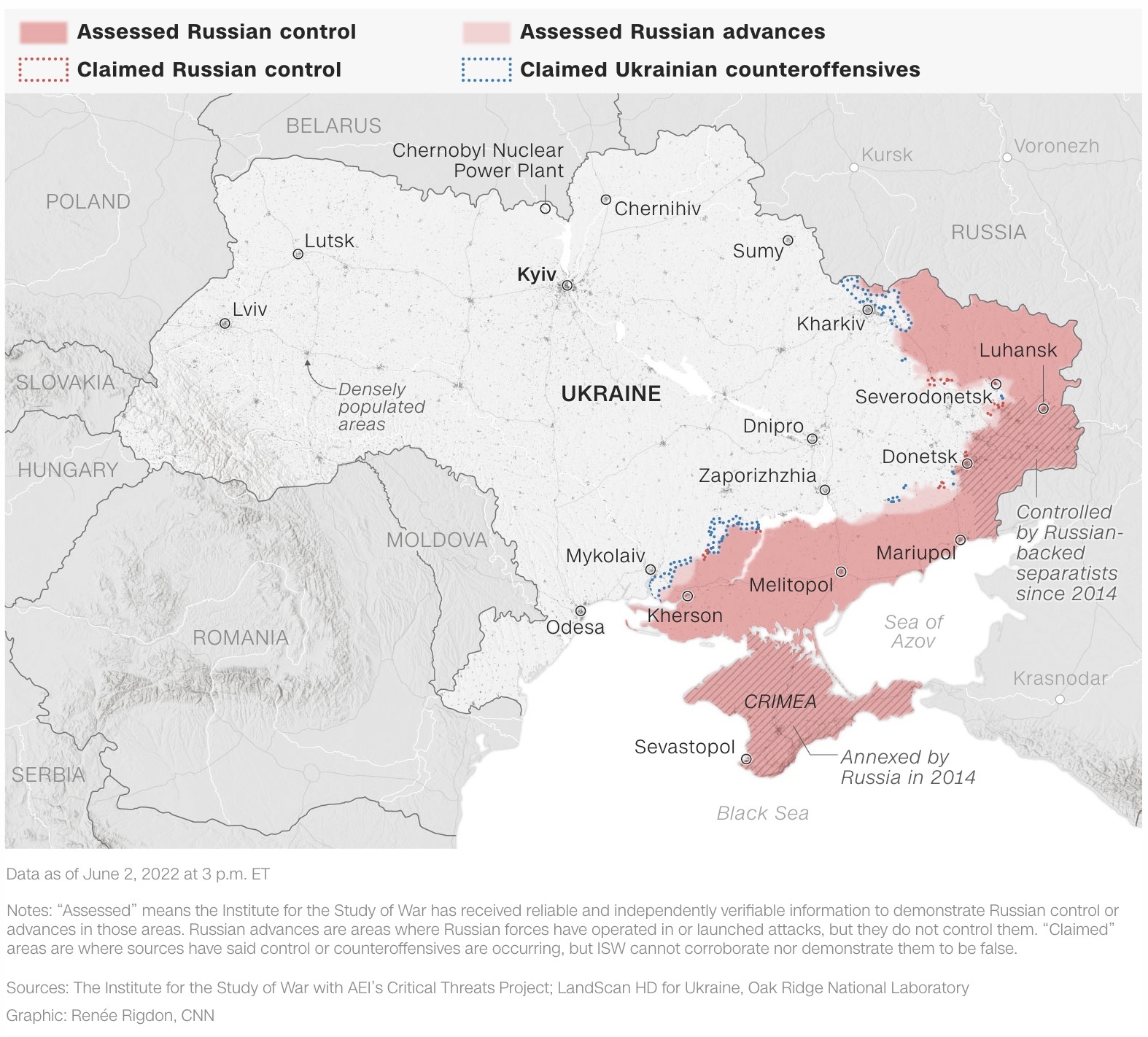 Rewind the clock to February 23, the day before Russia launched its all-out invasion of Ukraine, and one might be tempted to guess that Ukrainian President Volodymyr Zelensky's days in office were numbered.

After all, Russia's military outspent that of Ukraine by roughly 10 to one. Moscow enjoyed a twofold advantage over Kyiv in land forces; and the nuclear-armed power had 10 times the aircraft and five times the armored fighting vehicles of its neighbor.

A visibly angry Russian President Vladimir Putin had appeared on television just days before, delivering a rambling historical monologue that made clear he expected nothing less than regime change in Kyiv.

The Kremlin leader seemed to be gambling that Zelensky would flee his capital, much as the US-backed president of Afghanistan had left Kabul just a few months earlier, and that Western outrage would subside, albeit with the temporary pain of new sanctions.

100 days later, whatever plans Putin may have had for a victory parade in Kyiv are on indefinite hold. Ukrainian morale did not collapse. Ukrainian troops, equipped with modern anti-tank weaponry delivered by the US and its allies, devastated Russian armored columns; Ukrainian missiles sank the guided-missile cruiser Moskva, the pride of Russia's Black Sea Fleet; and Ukrainian aircraft stayed in the air, against the odds.

In late March, Russia's military began withdrawing its battered troops from around the Ukrainian capital, claiming they had shifted focus to capturing the country's eastern Donbas region. Three months after its invasion, Russia no longer appears to be aiming for a short, victorious war in Ukraine — nor does it seem to be capable of achieving one. 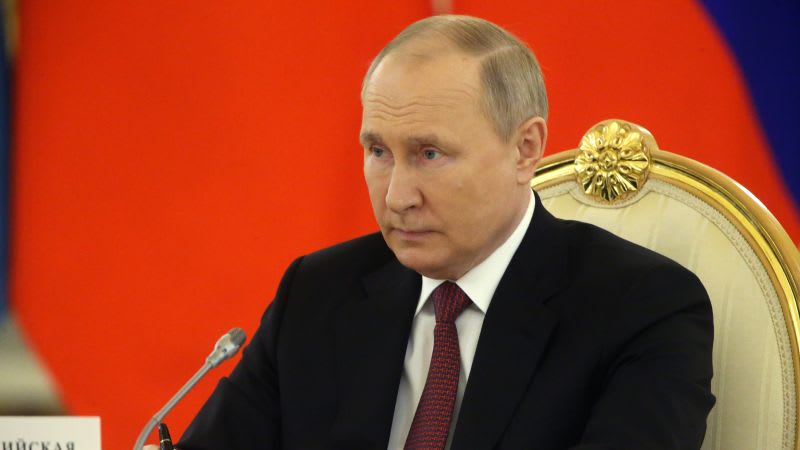 After 100 days of war, Putin is counting on the world's indifference | CNN

President Volodymyr Zelenksy said Ukrainian forces are withstanding the Russian onslaught around the city of Severodonetsk in the eastern region of Donbas.

"We have some success in the battles in Severodonetsk. But it's too early to tell. It's the hardest thing there now. As in the cities and communities nearby — Lysychansk, Bakhmut and other cities where [there is] such a powerful attack by Russia," Zelensky said in his daily video message.

Reports from Thursday said that street fighting continued in Severodonetsk.

"The Russian army uses all its armed capabilities and does not count people at all. It is especially cynical that in the first line of attacks, the occupiers very often use those people who were recruited into their army in the previously occupied territory of the Donetsk and Luhansk regions," Zelensky said, referring to the militia of the so-called Donetsk and Luhansk People's Republics.

"The longer the war lasts, the more vile, shameful and cynical things Russia will forever write in its history," he said.

Zelensky also addressed the new rockets and munitions that the US will be sending Ukraine.

"The United States has confirmed that modern HIMARS fire missile systems are being sent to our country. These weapons will really help save the lives of our people and protect our land. I am grateful to President Biden, all our American friends, and the people of the United States for their support," he added.

Ukrainian forces say they have made significant progress during an offensive against Russian positions in the occupied southern region of Kherson.

"In the Kherson region, the Armed Forces have liberated 8 kilometers (about 5 miles) of occupied territory," the Territorial Defence AZOV Dnipro unit posted on Telegram late Thursday.

Ukrainian forces launched the offensive into Kherson from several vantage points to the north last weekend. Since then, there has been little information about the operation, but Ukrainian forces appear to have taken a number of villages in the northern part of Kherson and consolidated a bridgehead across the river Inhulets.

On Wednesday, the head of the Kherson Regional State Administration, Gennady Laguta, said 20 settlements had been liberated.

Zelensky also said fighting continues along the front line that is stretched over “more than a thousand kilometers” along the territories of Kharkiv region to Mykolaiv in the country’s south. He added Ukraine’s Donbas region is “simply devastated,” calling it “once one of the most powerful industrial centers in Europe.”

Zelensky claimed that more than 30,000 Russian soldiers have been killed since the war began over three months ago. CNN cannot verify those numbers. “That's greater than the death toll of the Soviet Union in 10 years of war in Afghanistan, greater than Russia’s death toll in two Chechen wars,” according to Zelensky.

In his remarks to the lawmakers, the Ukrainian president urged additional sanctions on Russia, asking for more weapons to support Ukraine’s fight along the front line. Zelensky also invited Luxembourg Prime Minister Xavier Bettel to visit Kyiv and asked for the deputies to support Ukraine’s ambition to join the EU, calling Ukraine a “de facto part of the European Union.”

Zelensky spoke to the chamber on the 99th day of Russia’s full-scale invasion of Ukraine. Since February, he has addressed dozens of parliamentary assemblies and institutions around the world, gathering support for Ukraine.

Cyber Command, the US military's hacking unit, has conducted offensive cyber operations in support of Ukraine as it defends itself against Russia's invasion, the head of the command has confirmed.

The disclosure underscores how important projecting power in cyberspace — in support of Ukraine's defenses and to potentially deter Russia from conducting cyberattacks against US infrastructure — has been to the Biden administration as it continues to avoid directly engaging Russia in a shooting war.

"We've conducted a series of operations across the full spectrum; offensive, defensive, [and] information operations," Gen. Paul Nakasone said in an interview with Sky News.

A spokesperson for the command did not dispute the accuracy of the article but declined to elaborate on what the command's operations in Ukraine have entailed. 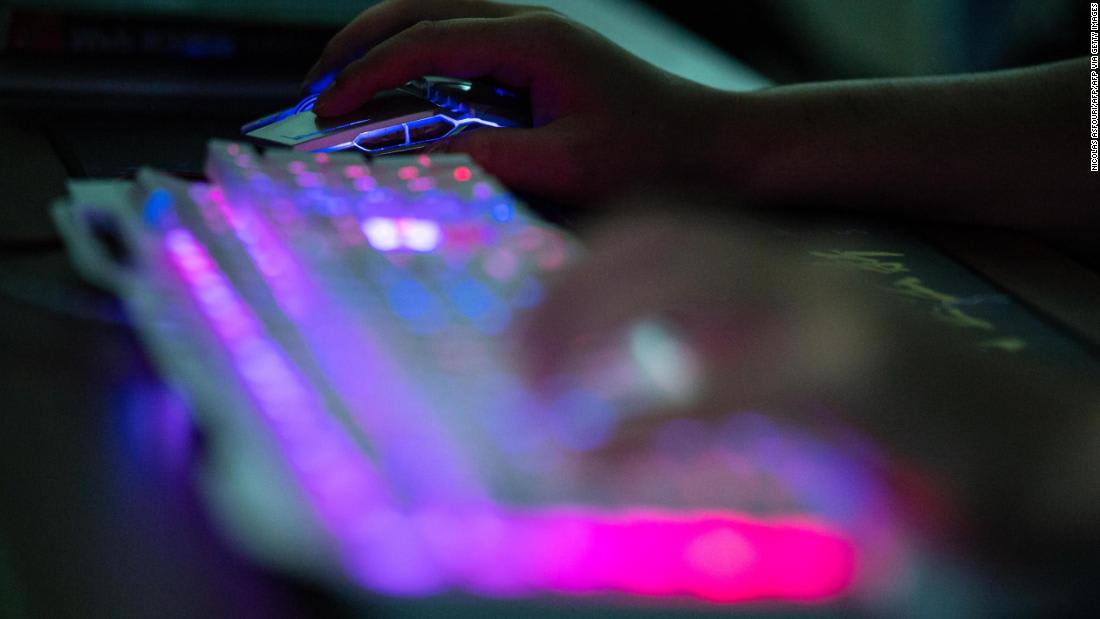 Around 800 people are hiding in several bomb shelters underneath the Azot chemical factory in Severodonetsk, which has been targeted by Russian missile attacks, said Serhiy Hayday, the head of Luhansk region military administration.

Hayday told CNN Thursday that local residents have sought shelter in the Soviet-era bomb shelters under the factory.

“There are locals there, who were asked to leave the city,” Hayday said. “But they refused. There are also children there, but not many of them.”

In a separate update on Thursday, regional Ukrainian officials said the Russians have again fired on Azot factory and “hit one of the administrative buildings and a warehouse where methanol was stored,” although it’s unclear how much methanol remained there.

The Ukrainians still maintain control of the Severodonetsk industrial zone, the statement said, one of the remaining parts of the city Russia has not taken.

"Most" of Severodonetsk, one of the last cities to hold out in Luhansk, has been taken by Russia, Hayday said earlier.

Hayday said a Russian airstrike hit a tank of nitric acid at the Azot factory on Tuesday. Images that day showed a thick orange-colored cloud of smoke rising from the area. But Hayday said the people sheltering under the factory were not in danger.

“Thank God nothing threatened the people,” Hayday told CNN on Thursday. “As (the cloud) went up and moved at once, there’s no deadly danger.”

Hayday said the factory is privately-owned, and the owners say there are only small amounts of chemicals left at the plant.

Hayday added the factory is not significant from a military point of view, therefore “Azot is definitely not Azovstal” — referring to the steel plant in Mariupol which Russia took after a weeks-long siege.