Ukrainian Defense Minister Oleksii Reznikov has publicly thanked US President Joe Biden and the US military for including HIMARS rocket systems in the next round of security assistance to Ukraine.

“I was pleased to see in the 11th package of military aid to Ukraine the six letters for which the whole country has been waiting: HIMARS," Reznikov said in a Twitter post on Thursday.

"Our cooperation is stronger than ever! Thank you."

In a statement on Wednesday, Biden formally announced the inclusion of the US-made High Mobility Artillery Rocket Systems (HIMARS) as part of the package to Ukraine.

“This new package will arm them with new capabilities and advanced weaponry, including HIMARS with battlefield munitions, to defend their territory from Russian advances. We will continue to lead the world in providing historic assistance to support Ukraine’s fight for freedom,” Biden said.

The systems will have a range of about 70 kilometers (44 miles), a US defense official told reporters at the Pentagon on Wednesday, which is further than anything Ukraine has been sent to date. Ukraine had sought longer range weapons, but the US resisted due to concerns they would be capable of striking Russian territory, thereby potentially escalating the war.

Conceding territory to Russia would be “conceding a freedom” and would not end President Vladimir Putin’s invasion, Ukrainian First Lady Olena Zelenska said.

“Ukrainians can’t take normally all those statements that we are sometimes hearing from leaders of countries — in some cases the leaders of big and influential countries. You can’t just concede parts of your territory, it’s like conceding a freedom,” Zelenska said during an interview with ABC News previewed on Thursday.

She reiterated her husband’s position that the Donbas region — where Russia has now concentrated its offensive — will be Ukrainian again.

Located in Ukraine’s southeast, the Donbas region’s proximity to Russia has dictated much of its turbulent history.

Russia’s failures to take Kyiv and other central Ukrainian regions in the early months of its invasion has seen Donbas become the centerpiece of Putin’s military ambitions.

The UK will send multiple-launch rocket systems to Ukraine in a step "coordinated closely" with the US' decision to provide Kyiv with more advanced weaponry — a move Russia said was "adding fuel to the fire."

Here are the latest updates on Russia's war in Ukraine:

Britain will send M270 launchers able to strike targets up to 80 kilometers (49.7 miles) away, offering “a significant boost in capability for the Ukrainian forces,” according to a statement from the British Foreign Office.

The move has been “coordinated closely” with the United States' decision to provide Ukraine with its High Mobility Artillery Rocket System (HIMARS) — a variant of the multiple-launch rocket systems that will be gifted by the UK, the statement added.

“The UK stands with Ukraine and has taken a leading role in supplying its heroic troops with the vital weapons they need to defend their country,” Wallace said.
“As Russian’s tactics change, so must our support to Ukraine. These highly capable multiple-launch rocket systems will enable our Ukrainian friends to better protect themselves against Russia’s brutal use of long-range artillery, which Putin’s forces have used indiscriminately to flatten cities.”

The British government also said that Ukrainian troops will be trained on how to use the launchers in the UK, so the effectiveness of the launchers can be maximized.

Serhiy Hayday, the head of Luhansk's regional military administration, says street fighting continues in the eastern city of Severodonetsk but Russian forces now occupy about 80% of the city.

"On some streets, our defenders are successful," Hayday said. Six Russian soldiers have been captured, he said.

Hayday said the remaining parts of Luhansk region still under Ukrainian control were under constant shelling but local volunteers had gotten trucks with humanitarian cargoes to many settlements and also evacuated people.

The Ukrainian official said the neighboring city of Lysychansk "is under Ukrainian control. This is a militarily advantageous position. The location of the city on a hill gives many opportunities. The city's defense is strong."

Hayday said heavy fighting continued in settlements to the south and west of Severodonetsk as Russian forces try to encircle the Ukrainian defenses.

"Despite the simply constant, daily shelling, it is still possible to bring humanitarian supplies both to the Hirske community and to Lysychansk," Hayday said.

The US is "adding fuel to the fire" by supplying weapons to Kyiv, Kremlin spokesman Dmitry Peskov said Wednesday in response to President Joe Biden’s decision to provide more advanced missile systems to Ukraine.

"We believe that the United States is purposefully and diligently adding fuel to the fire," Peskov told reporters on a regular conference call.

The Ukrainian authorities have long asked the United States to supply high-tech, medium-range rocket systems. Biden said Tuesday the US is providing Ukraine "more advanced rocket systems and munitions" as its war with Russia grinds on.

"Such supplies do not contribute to the Ukrainian leadership’s willingness to resume peace negotiations,” Peskov said.

Peskov also added the Kremlin does not trust Ukrainian President Volodymyr Zelensky's words that Kyiv would not use multiple launch rocket systems to attack the Russian territory if they receive them from the US.

US President Joe Biden said Tuesday the US is providing Ukraine "more advanced rocket systems and munitions" as its war with Russia grinds on.

Writing in a New York Times op-ed, Biden said the US goal is "to see a democratic, independent, sovereign and prosperous Ukraine with the means to deter and defend itself against further aggression."

He said the new shipment of arms would "enable them to more precisely strike key targets on the battlefield in Ukraine."

In a statement a day later, Biden said the US would "keep providing Ukraine with more of the weapons that they are using so effectively to repel Russian attacks."

He said the new package would include "new capabilities and advanced weaponry," including High Mobility Artillery Rocket Systems with battlefield munitions.

"We will continue to lead the world in providing historic assistance to support Ukraine's fight for freedom," Biden wrote in the statement.

Senior administration officials confirmed to reporters on Tuesday that the US will send Ukraine US-made rocket systems as part of the US' 11th package of security assistance to Ukraine.

The officials said the systems that the US is sending Ukraine will be equipped with munitions that will allow Ukraine to launch rockets about 49 miles. That is far less than the systems' maximum range, but far greater than anything Ukraine has been sent to date. 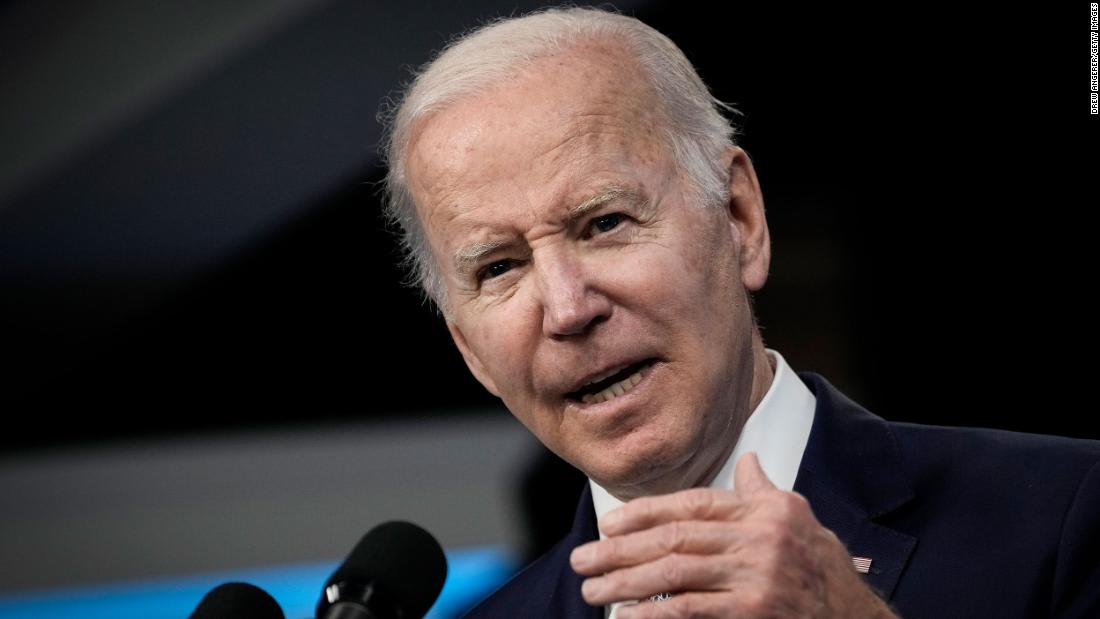 Biden announces new rockets and munitions to Ukraine in op-ed

Russia's increasingly aggressive actions against its European gas customers are taking a toll. The country's natural gas exports have tumbled by more than a quarter since January. But surging prices have kept Russia's coffers bulging as it continues to cut off deliveries.

Moscow's gas exports to countries outside of its Commonwealth of Independent States, which includes 11 countries in Central Asia and Eastern Europe, fell nearly 28% in the first five months of 2022, Russian state energy giant Gazprom (GZPFY) said on Wednesday.

So far, Gazprom has cut off at least 20 billion cubic meters of its annual gas supplies to customers in six European countries — Poland, Bulgaria, Finland, Denmark, Germany and the Netherlands — because they failed to make payments in rubles, a demand President Vladimir Putin made back in March.

That amounts to nearly 13% of the European Union's total annual gas imports from Russia, according to data from the International Energy Agency.

But James Huckstepp, head of EMEA gas analytics at S&P Global Commodity Insights, told CNN Business that gas prices have risen to an average of €96 per megawatt hour ($102) in 2022 from last year.

As a result, "it is unlikely that [Russia] will see significantly less revenue until further cuts are made," Huckstepp said. 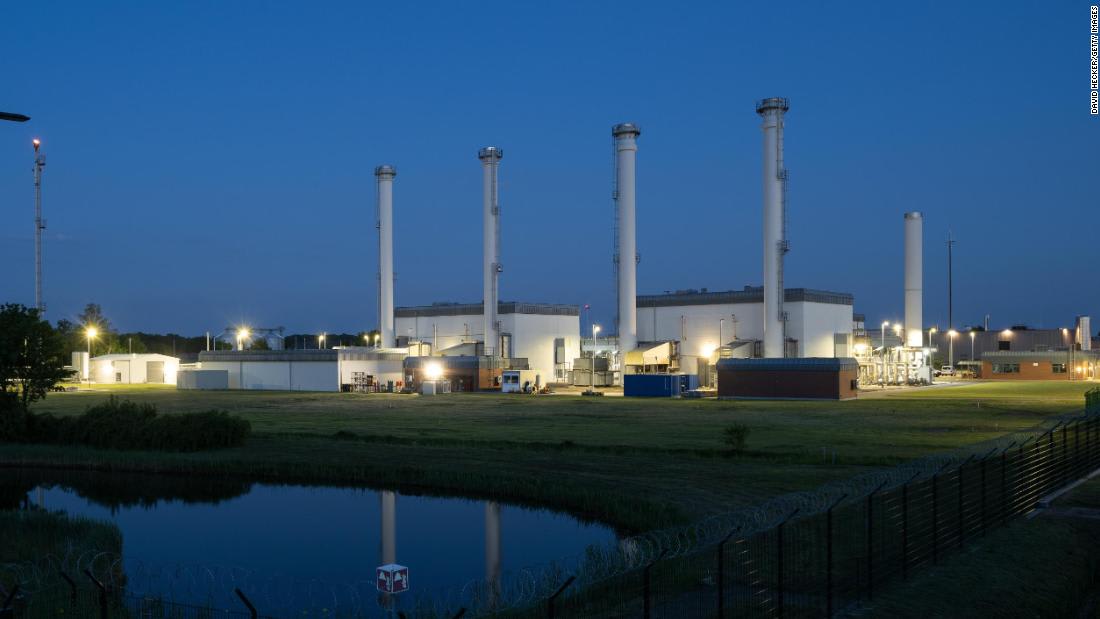 Why Russia isn't hurting even as it cuts off Europe's gas

Despite concerns that Russia’s war in Ukraine might mean a return to more fossil fuels, most countries in the European Union are laying out more ambitious plans to boost renewables.

Nineteen of the EU’s 27 member states have announced more ambitious medium-term plans in response to the war and soaring fossil fuel prices, according to a new report from Centre for Research on Energy and Clean Air, an independent research group based in Finland, and Ember, a UK energy think tank.

The report, published Thursday, said that compared to their plans in 2019, EU countries have slashed the total amount of power they are aiming to source from fossil fuels by 2030 by almost a third.

Instead of sourcing 55% of electricity from renewables, as previously planned, EU countries are now aiming to achieve a 63% share by 2030, the report said. As of January 2022, the EU was sourcing 22% of its energy from renewables.

“The electricity transition is not solely an issue of climate concerns, but also one of ensuring stable supplies of energy for European households and businesses,” the report said. “This is especially obvious for the biggest importers of Russian fuels, with Germany, Italy and the Netherlands scaling up wind and solar ambitions, France subsidising housing insulation, and others ramping up heat pump installations and electrifying transport.”

The report said that Portugal, the Netherlands, Austria and Denmark are on a path to source almost all of their electricity from renewables by 2030.

Germany, the largest importer of oil and gas from Russia, is now planning to source 80% of its electricity from renewables by 2030, up from 62% it has previously announced. Italy, Ireland and Greece are all coming for up to a 70% share of renewables in electricity production, the report added.

The EU has pledged to reduce greenhouse gas emissions by 55% by 2030, compared with 1990 levels, and become carbon neutral by 2050. Being carbon neutral means emissions are dramatically reduced and any that remain are offset, whether using natural methods like tree planting or technology to "capture" emissions.

Hungary, Poland and Slovakia, the three countries with the lowest planned shared of renewables, have not updated their plans since 2019, the report said.

The report comes just days after Hungary negotiated an exemption from the EU’s ban on Russian oil imports. The oil embargo, which is a part of a new EU sanction package against Russia over its war on Ukraine, includes around 90% of Russian oil imports, but not the roughly 10% that flows to Hungary, Slovakia and the Czech Republic through the Soviet-era Druzhba pipeline.

Poland has agreed to the embargo and will stop importing Russian oil, but it is still planning to source 67% of its electricity from fossil fuels in 2030, because of its large reliance on coal.