US President Joe Biden expressed support for the NATO bids of Sweden and Finland, calling it "a momentous day" after meeting with the countries' leaders at the White House.

"Today I am proud to welcome and offer the strong support of the United States for the applications of two great democracies and two close, highly capable partners, to join the strongest, most powerful defensive alliance in the history of the world. Two proud independent countries exercising their sovereign rights all states possess to decide their own security," Biden said in the Rose Garden, flanked by Swedish Prime Minister Magdalena Andersson and Finnish President Sauli Niinistö.

"Today, there is no question: NATO is relevant, it is effective, and it is more needed now than ever," Biden said.

"Sweden and Finland are already among our closest partners on a range of issues," he said.

"Finnish and Swedish troops, they have already served shoulder to shoulder with US and NATO forces in Kosovo, in Afghanistan and in Iraq. And both Finland and Sweden are already working in coordination with the United States and our other allies and partners to support the brave people of Ukraine as they defend their freedom against Russia's invasion," Biden added.

Biden said the countries already meet all of NATO requirements, "and then some."

US President Joe Biden, Swedish Prime Minister Magdalena Andersson and Finnish President Sauli Niinistö are delivering remarks in the Rose Garden after they met in the Cabinet Room of the White House on Thursday.

White House national security adviser Jake Sullivan told reporters on Wednesday that the meeting will allow the three nations "to coordinate on the path forward" and "compare notes" on their NATO membership applications.

Sweden and Finland's bids to join NATO come in response to Russia's war on Ukraine, which sparked security concerns across the region. Their bids to join the alliance mark a dramatic evolution in European security and geopolitics.

It comes after Turkish President Recep Tayyip Erdogan said that Turkey “will say no to Sweden’s and Finland’s entry into NATO,” reiterating the same stance he took last week. Earlier this week Erdogan accused both countries of housing Kurdish “terrorist organizations."

"We are in close contact with Finland and Sweden and Turkey and also with other allies," Stoltenberg said speaking alongside Danish Prime Minister Mette Frederiksen in Copenhagen.

"Of course, we are addressing the concerns that Turkey has expressed" to find "an agreement on how to move forward," Stoltenberg said.

The false Zelensky suicide claim is just one of several information operations tracked by Mandiant from suspected Russian and Belarusian actors that were aimed at deceiving audiences in Ukraine, Russia and elsewhere in Europe – or at least muddling the truth about the brutal war.

The influence campaigns, analysts say, underscore how the Kremlin is committed as ever to information warfare and efforts to shape perceptions of the conflict even as its soldiers suffer heavy losses on the battlefield.

In another case, Belarus-linked operatives falsely asserted that a Polish crime ring was harvesting the organs of Ukrainian refugees, with the complicity of Polish officials.

“The proliferation of Russia-aligned information operations, in both scale and tempo, suggests the importance that Russia places on shaping the information environment,” Alden Wahlstrom, a senior analyst at Mandiant, told CNN. “We’ve observed known actors leverage longstanding campaign assets and infrastructure to target Ukraine during the invasion, using capabilities they’ve invested in developing over time.”

Mandiant did not directly point the finger at the Russian government for the fake Zelenksy suicide narrative but described the activity as a “suspected Russian influence campaign.” For decades and dating back to Soviet times, disinformation and other so-called “active measures” have been a key part of Russia’s foreign policy strategy, according to scholars.

CNN has requested comment from the Russian Embassy in Washington and the Belarusian Foreign Ministry on the Mandiant research. 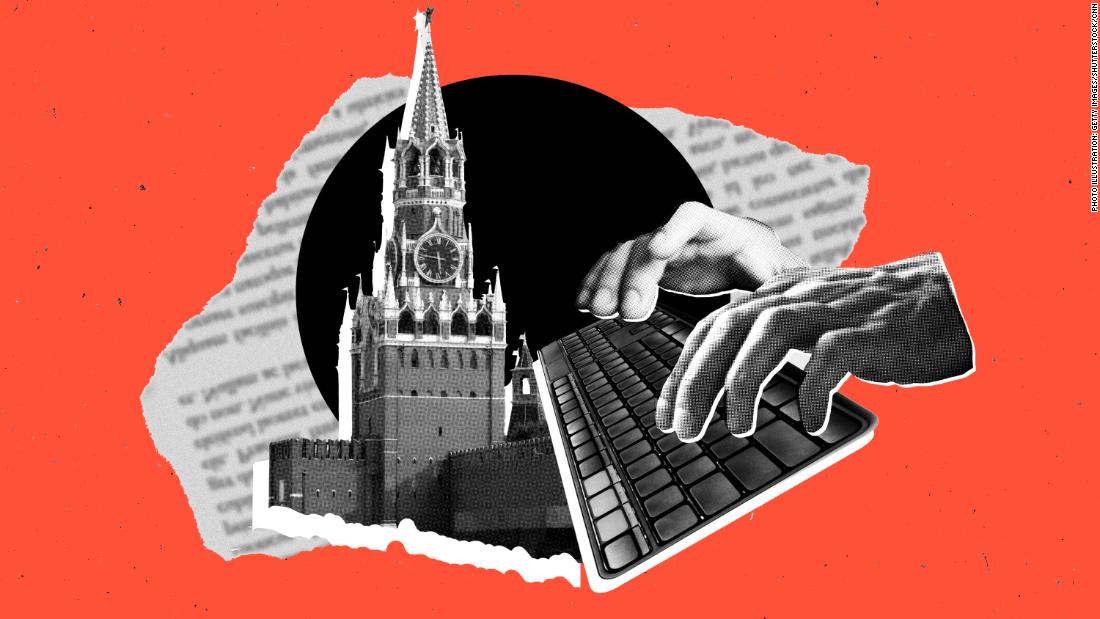 The Pechersk District Court of Kyiv has granted permission for the arrest of former Ukrainian President Viktor Yanukovych, according to a statement published by the Ukrainian Prosecutor General's Office on Telegram on Thursday.

The court chose a measure of restraint in the form of detention of the former president, who is suspected of organizing illegal smuggling of people across the state border of Ukraine, according to the statement.

"On February 23rd in 2014, Yanukovych together with the State Security personnel and representatives from the Russian Federation, with the help of three helicopters of the Russian Armed Forces illegally crossed and transported at least 20 people across the state border on the outskirts of Urzuf in Donetsk region to Anapa in Russia," the statement read.

It is not clear where Yanukovych currently resides. The prosecutor's office said Thursday he had fled to the Russian city of Anapa. In March, Ukrainian state news agency Ukrinform quoted media reports that claimed Yanukovych was in Minsk, Belarus.

Yanukovych served as president of Ukraine from 2010 until 2014, when he was removed from office during the Maidan protests. The protests erupted after Yanukovych rejected the Ukrainian-European Association Agreement, which would bring Ukraine closer to the European Union and further away from Russia.

“The leaders discussed progress in negotiations and agreed to step up work with allies, including the US, France and Germany, to define the longer-term security architecture for Ukraine,” the spokesperson said.

In the call with Zelensky, Johnson raised concerns “about the growing global fallout from Russia’s illegal invasion and President Putin’s craven and reckless blockade of Ukraine’s Black Sea ports, including rising food prices in developing countries,” according to the statement.

Earlier Thursday, the World Food Programme Executive Director David Beasley said that a "failure to open the ports will be a declaration of war on global food security," bringing millions of people to the brink of starvation.

Johnson “set out the support flowing to Ukraine’s defence, including long-range artillery, shore-to-ship missiles and unmanned drones,” following the UK’s decision to provide an additional 1.3 billion euros in military support to Ukraine earlier this month.

A senior military official in Ukraine said that "measures to evacuate the Ukrainian military from Mariupol continue," as Russia claimed more than 1,700 Ukrainian soldiers have surrendered from the Azovstal plant since Monday.

Addressing the media in Kyiv, Brigadier General Oleksii Gromov said that "in the Mariupol direction, the intensity of hostilities has been reduced. At this time, measures are continuing to evacuate our heroes" from the Azovstal plant. Several hundred soldiers are still thought to be inside the plant.

The Ukrainian government has said little about the evacuation process since it began on Monday.

Gromov addressed whether the lives of those soldiers who had been evacuated to Russian-controlled territory were at risk.

"We know that our enemy is insidious, but we believe that the word given by them will be fulfilled," he said.

Russia has said that the prisoners will be treated in accordance with international law, but the government's investigative committee has said that its staff "as part of the investigation of criminal cases by the Ukrainian regime against the civilian population of Donbas, will interrogate the surrendered militants who were hiding at the Azovstal plant in Mariupol."

CNN is unable to confirm the Russian tally of those it said had surrendered.

Ukraine said earlier this week that the "combat mission" had ended at the complex, which was for weeks the last major holdout in a city otherwise occupied by Russian troops.

Sweden and Finland’s bids to join NATO come in response to Russia’s war on Ukraine, which sparked security concerns across the region. Their moves to join the alliance mark a dramatic evolution in European security and geopolitics.

The leaders are scheduled to hold a meeting in the Cabinet Room of the White House and will later deliver remarks from the Rose Garden.

White House national security adviser Jake Sullivan told reporters on Wednesday that the meeting with the leaders in Washington will allow the three nations “to coordinate on the path forward” and “compare notes” on the move.

Sullivan called Finland and Sweden's applications to join the alliance "a watershed moment in European security."

The trial of a Russian soldier accused of killing an unarmed man in Ukraine — the first such trial since the Russian invasion began — has adjourned until Friday 11 a.m. local time.

The judges adjourned the trial saying that the soldier, Vadim Shishimarin, was not "ready" for a court "debate."

The 21-year-old soldier pleaded guilty Wednesday to shooting an unarmed 62-year-old civilian in Ukraine’s Sumy region on the fourth day of the war.

The prosecution team earlier asked for a life sentence for the soldier.