“Gazprom's announcement is another attempt by Russia to blackmail us with gas. We are prepared for this scenario. We are mapping out our coordinated EU response,” von der Leyen wrote on Twitter.
“Europeans can trust that we stand united and in solidarity with the Member States impacted."

In a separate statement, von der Leyen said a meeting between the EU's gas coordination group was underway to map out a response.

Some context: Gazprom halted gas supplies to Poland and Bulgaria after both countries refused to pay in rubles. Russia had warned "unfriendly" countries last month that they would need to pay for gas in the Russian currency starting April 1, or risk being cut off.

The payment spat threatens gas supplies that have continued to flow, even as Russian troops shelled major cities in Ukraine and the West imposed crippling sanctions on Russia's economy.

The EU is planning to slash the consumption of Russian natural gas this year as it prepares for a complete break with its single biggest energy supplier. But Europe would struggle to survive for long without Russian gas, and finding alternative sources presents a huge logistical challenge.

When Russia began its invasion of Ukraine on the morning of Feb. 24, Darijo Srna was awoken at 6 a.m. by the sound of air-raid sirens.

It was a noise the former international football star says immediately transported his "head and body" back to his native Croatia, where he lived as an 8-year-old when war broke out in what was then Yugoslavia.

So when his football club Shakhtar Donetsk was forced to leave Kyiv, the city that had been one of the team's many temporary bases since 2014, at the start of the invasion, it was unfortunately a scenario Srna was all too familiar with.

Though he's just 39 years old, he has already experienced three wars in his life; first in Croatia in the early 1990s, then in 2014 in Ukraine's Donbas region -- Shakhtar's real home -- and now across much of the rest of the country.

"It was not a nice memory," Srna, who is Shakhtar Donetsk's director of football, says of his childhood. "When I started to forget about that a little bit and enjoy my life, I heard the sirens again."

Srna — who, along with the rest of the team, managed to escape Ukraine the day after Russia began its invasion — has found his strength in helping those most affected by the war. 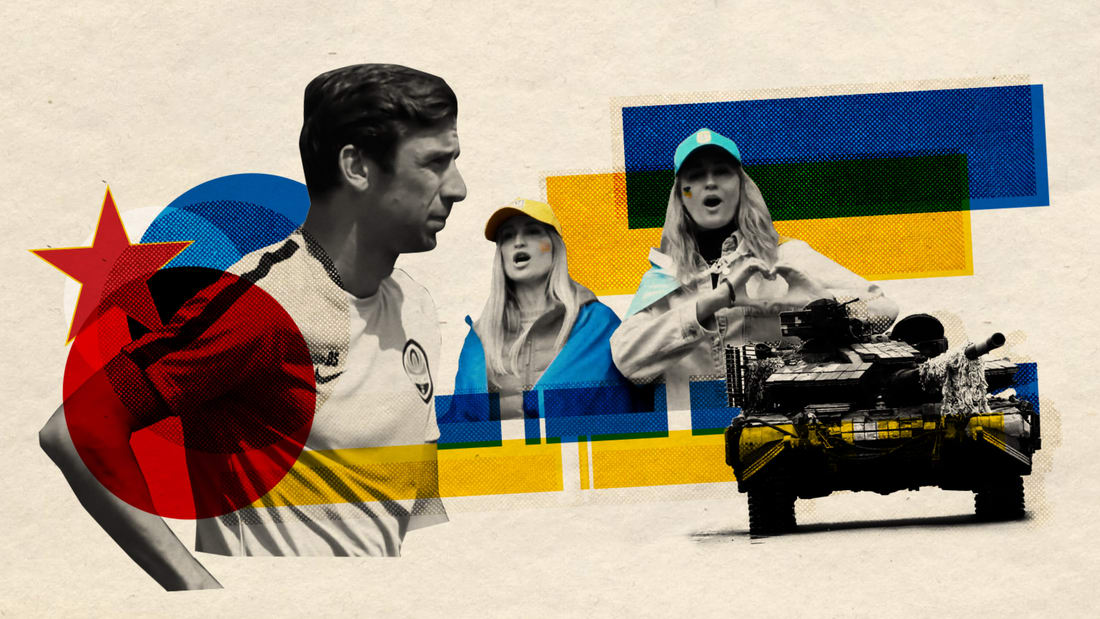 Gazprom halted gas supplies to Poland and Bulgaria on Wednesday after both countries refused to pay the Russian energy giant in rubles, the company said in a statement.

The "decree" refers to legislation introduced by Russian President Vladimir Putin in March, which orders gas exports to be paid for with Russia's currency.

Poland was notified of the suspension Tuesday when its national energy company PGNiG was told by Gazprom that all supplies along the Yamal pipeline would be “entirely suspended.”

In late March, Russia announced that “unfriendly” foreign nations would need to pay for their gas in rubles starting April 1, or risk being cut off. Since then, gas shipments to the bloc have largely continued until now.

Ukraine has maintained control "over the majority of its airspace" some two months into Russia’s invasion, the UK Ministry of Defence (MOD) said in an intelligence update Wednesday.

“Ukraine retains control over the majority of its airspace. Russia has failed to effectively destroy the Ukrainian Air Force or suppress Ukrainian air defenses. Ukraine continues to hold Russian air assets at risk,” the report read.

According to the assessment, Russia’s air activity is now “primarily focused on southern and eastern Ukraine” to provide support to its ground forces there. Meanwhile, Russia’s access to the “north and west of Ukraine” remains “very limited," said the report.

Addressing civilian deaths in the besieged city of Mariupol, the MOD said it is likely Russian air strikes are "being conducted using unguided free-falling bombs" which "reduce Russia’s ability to effectively discriminate when conducting strikes, increasing the risk of civilian casualties."

Russia’s attacks on Ukrainian infrastructure and military assets across the country remain ongoing, according to the MOD.

The depot fire in Belgorod: The blast was followed by a fire at the ammunition depot in the village of Staraya Nelidovka, about 10 miles north of the Ukrainian border, regional governor Vyacheslav Gladkov said on his Telegram on Wednesday. He added that there were “no casualties among civilians.”

Explosions in Kursk: In the region of Kursk, residents “heard explosions” around 2:45 a.m. local time. The governor, Roman Starovoyt, said the details surrounding the explosions are still "being clarified," but that there were no casualties or destruction.

The Kursk explosions come just two days after two Ukrainian drones were shot down by Russian air defense crews in the region's village of Borovskoye, according to Starovoyt.

Bangs heard at dawn in Voronezh: Two loud bangs were heard by residents in the Shilovo neighborhood of the Russian city Voronezh at 4:40 a.m., according to Russian state media TASS, citing authorities.

Voronezh is located roughly 200 miles from the Ukrainian border and is a major military and transport hub.

CNN could not independently confirm that there was no damage to residential buildings, or that there were no civilian casualties following Wednesday’s explosions.

The chairman of the Ukrainian railway network, Oleksandr Kamyshin, says another missile has hit a rail and road bridge linking the port city of Odesa with the far southwest portion of Ukraine.

"Today at 6:45 a.m. a second rocket attack on the same bridge across the Dniester Estuary in the Odesa region took place," Kamyshin said.

There were no injured railway workers, he said.

"The damage to the infrastructure can be determined after the air alert," he said.

The bridge had been struck by a Russian missile attack on Tuesday, city authorities said -- essentially cutting off the region as it's the only link between southwest Ukraine and the rest of the country. Repair work had just started when the Wednesday strike hit.

The Belgorod region, which neighbors Ukraine, is extending its high "terrorist danger" security level status through May 10, according to a notice published on a local government website.

The yellow security status — which has been in place since April 10 — is the second-highest alert level, as it signifies authorities have information suggesting the real possibility of a terrorist act, according to the Russian government.

The regional government is asking citizens in the region to not attend mass gatherings and to bring their identification documents when they go out. Setting off firecrackers and fireworks is also forbidden by the order.

The extension comes as a fire broke out Wednesday at an ammunition depot in the village of Staraya Nelidovka, which is about 10 miles south of the city of Belgorod. It's unclear how that fire began, but several military installations in the region have caught fire or exploded since the war in Ukraine began.

Russia has accused Ukraine of being responsible for some of the past fires and explosions at Russian military installations.

The International Ice Hockey Federation (IIHF) announced Tuesday that it will relocate the 2023 World Championship from Russia, which had previously been awarded hosting rights.

The tournament had been scheduled to take place in St. Petersburg in May 2023. An alternative host nation will be determined next month, according to the IIHF.

“The decision to relocate the event was taken primarily out of concern for the safety and well-being of all participating players, officials, media, and fans,” the IIHF said in a statement.
“As was the case with Council’s earlier decision to withdraw the 2023 IIHF World Junior Championship that was to be held in Omsk and Novosibirsk, Russia, the Council expressed significant concerns over the safe freedom of movement of players and officials to, from, and within Russia.”

In February, the IIHF moved to ban Russian and Belarusian national and club-level teams from IIHF competition and also stripped Russia of its hosting rights for the World Junior Championship in 2023.

As heavy fighting continues in eastern Ukraine, tensions are also rising in neighboring Moldova after a series of unexplained explosions in the breakaway region of Transnistria — prompting some to warn Russia may be eyeing the territory.