Brexit deal in the balance

By Eliza Mackintosh and Rob Picheta 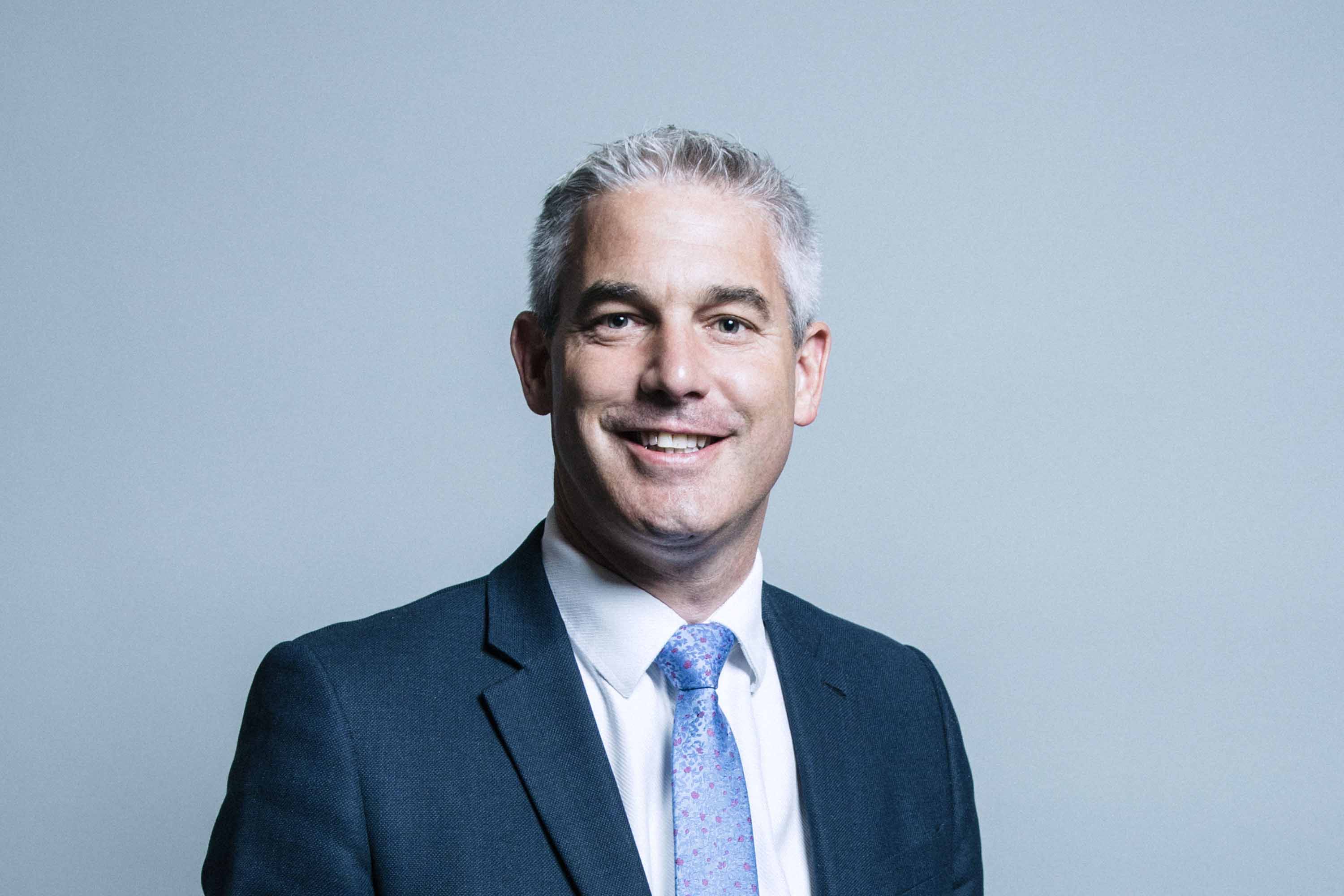 Theresa May has made a surprising choice to replace Dominic Raab in the all-important role of Brexit Secretary: Stephen Barclay, who has been serving a junior health minister since January.

Barclay, who voted to leave the European Union, has never served in Cabinet before. But it appears May has found a loyalist to helm the Department for Exiting the EU, as Barclay has never rebelled against the government in parliamentary votes.

Elected to parliament in 2010, Barclay has also held the post of Economic Secretary to the Treasury. He was a director at Barclays bank before beginning his political career.

What it means: While Barclay supported the campaign to leave the European Union, the appointment of such an inexperienced Brexit Secretary will do little to appease pro-Brexit MPs angered by the diminishing importance of the position.

Barclay's role will be limited to the domestic delivery of Britain's withdrawal from the EU, the Press Association reported, while Theresa May takes sole control of negotiations with the bloc.

Theresa May has replaced one of the two Cabinet ministers who resigned on Wednesday. She has chosen Amber Rudd to replace Esther McVey as Work and Pensions Secretary, the Press Association and others report.

Rudd resigned in April after admitting she "inadvertently misled" government over targets for the deportation of illegal immigrants, in the wake of the scandal over the wrongful threats of deportation for immigrants of the Windrush generation. An inquiry found earlier this month that she had been given inaccurate information by her officials in the lead-up to the crisis.

What it means: Rudd's return to frontline politics ensures Theresa May will have a key ally back in her Cabinet. Rudd replaced May as Home Secretary after she was appointed Prime Minister, and was a high-profile defender of May during her time in office.

While her appointment fills one of the posts left empty since yesterday, May is yet to announce a new Brexit Secretary following Dominic Raab's departure.

A second referendum is looking more likely now that Theresa May has unveiled her draft Brexit plan, according to Tom Watson, the deputy leader of UK’s opposition Labour Party.

“We’ve been saying that is on the table for a year-and-a-half. At that time, it seemed very unlikely that there would be a people’s vote, that was the insurance option at the end of a series of unlikely events,” Watson told The House magazine.

Several Labour MPs have called for a second referendum, or People’s Vote, this week. The party’s position is that it favors a snap general election, but could campaign for a People’s Vote if it fails to achieve one.

Rumbling on in the background to this week's Brexit drama has been a legal case related to Article 50, the section of the EU’s Lisbon Treaty that governs how member states can leave the bloc.

A cross-party group of remain-supporting lawmakers brought a case in the Scottish courts to seek a ruling on whether the UK government can, unilaterally, withdraw its notification to leave the EU. That notification, issued under Article 50, set in train a two-year countdown clock that expires at midnight, Brussels time, on March 29, 2019.

The UK government, defending the case in Scotland, argued that it did not have the legal right to unilaterally rescind the Article 50 notification.

Unexpectedly the Court of Session, Scotland's highest court, referred the case to European Court of Justice. The ECJ has scheduled a hearing for November 27, just two days after an emergency summit of European leaders at which they are expected to ratify the UK-EU withdrawal agreement.

In the meantime, the British government appealed to the UK Supreme Court, which in certain cases can overrule decisions by the top court in Scotland. Today, the Supreme Court said it would decide whether it has the legal right to intervene.

Why this matters: It might seem curious that the British government would oppose a case that merely seeks to get legal clarity on Article 50. But the implications are clear – if the ECJ decides that the trigger for Brexit can be undone, remain-supporting lawmakers are sure to call on the government to do just that.

“The Court is aware of the urgency of this matter,” the UK’s Supreme Court said in a statement on the challenge.

Europe is pressing ahead with its Brexit timetable. Despite the political turmoil in the UK, officials are continuing their preparations for a special summit of EU leaders on November 25, at which the draft withdrawal agreement would be ratified. “Things are running on the right track here in Brussels," one diplomat told CNN.

The mood was calm at a meeting this morning of the EU27 ambassadors (the 28 EU nations minus the UK), the diplomat said.

That meeting has now ended, with ambassadors due to reconvene on Sunday. Sebastian Kurz, the Chancellor of Austria, which holds the rotating EU presidency, told reporters this morning that the deal is a good one for both sides.

All eyes today are on the number of MPs who have submitted letters demanding a vote no-confidence in Theresa May. The figure required to prompt a showdown is 48 – and Steve Baker, a leading member of the pro-Brexit group of MPs known as the European Research Group, says the threshold could soon be met.

"People have been ringing me and they are telling me that they are putting letters in. I have spoken to colleagues as well and I think we are probably not far off. I think it is probably imminent,” Baker told the BBC. “If it comes to a vote, Theresa May will lose it,” he predicted.

But he admitted that only Graham Brady, the chairman of the all-important 1922 Committee of Conservative MPs, knows the true number.

The number of MPs who have publicly confirmed that they've sent letters to Brady currently stands at 21, according to CNN's count. But MPs don't usually go public, so the true number is anyone's guess.

There's more good news for Theresa May. Britain’s International Trade Secretary Liam Fox, one of the pro-Brexit voices who remains in May’s Cabinet, confirms he won't be resigning. “I think you can assume that quite clearly,” he told CNN’s Max Foster, when asked if he’d be staying put.

That follows the confirmation by another Brexiteer Cabinet minister, Michael Gove, that he was staying on. “The greatest price that could be paid would be to have no Brexit at all… I think that is far too high a price to pay,” Fox said.

But he admitted that recent days and weeks have not been plain sailing.

It was never going to be comfortable, and believe me, it has not been comfortable. For some of us it’s been a very painful process.

He gave an insight into the marathon five-hour Cabinet session on Wednesday, at which the draft Brexit deal was reluctantly agreed, and which precipitated the resignation of Brexit Secretary Dominic Raab.

“We’ve been very frank about our views in Cabinet,” he said, calling Wednesday’s Downing Street meeting “a pretty no-holds-barred conversation… There were some very passionate views expressed at that meeting.”

Ordinarily, someone not doing something isn't big news. But in this case, it is.

Michael Gove, a leading pro-Brexit Cabinet member and Theresa May's Environment Secretary, has told reporters that he won't be resigning from Theresa May's Cabinet over her draft Brexit agreement.

"I am looking forward to continuing to work with all colleagues in government and in Parliament to get the best future for Britain," he said outside his department this morning. When asked if he has confidence in the Prime Minister, Gove added, "I absolutely do."

Why this is important: The news will come as a huge relief to May, who can ill afford to lose more pro-Brexit members of her government after being hit by seven resignations yesterday. A Downing Street spokeswoman said May "is very pleased that he will continue doing the important work he is doing there," according to Britain's Press Association.

In her interview with radio station LBC this morning, May did not deny reports that she offered Gove the job of Brexit Secretary, only to have him turn it down.

David Davis, the former Brexit Secretary who resigned from May's Cabinet when she set out her negotiating position at her Chequers retreat in July, has come under fire from a former senior civil servant for comments he made on BBC Radio this morning.

In an interview with Radio 4's Today program, Davis accused the European Union of slow-walking the negotiations in order to put pressure on the British side. "The European Union has spun this out deliberately to use time against us," Davis said.

That angered Simon Fraser, who was the permanent secretary at the Foreign Office – the most senior career civil servant in that department – between 2010 and 2015. Fraser said on Twitter that it was a "preposterous" statement and that the delays came from the British side.