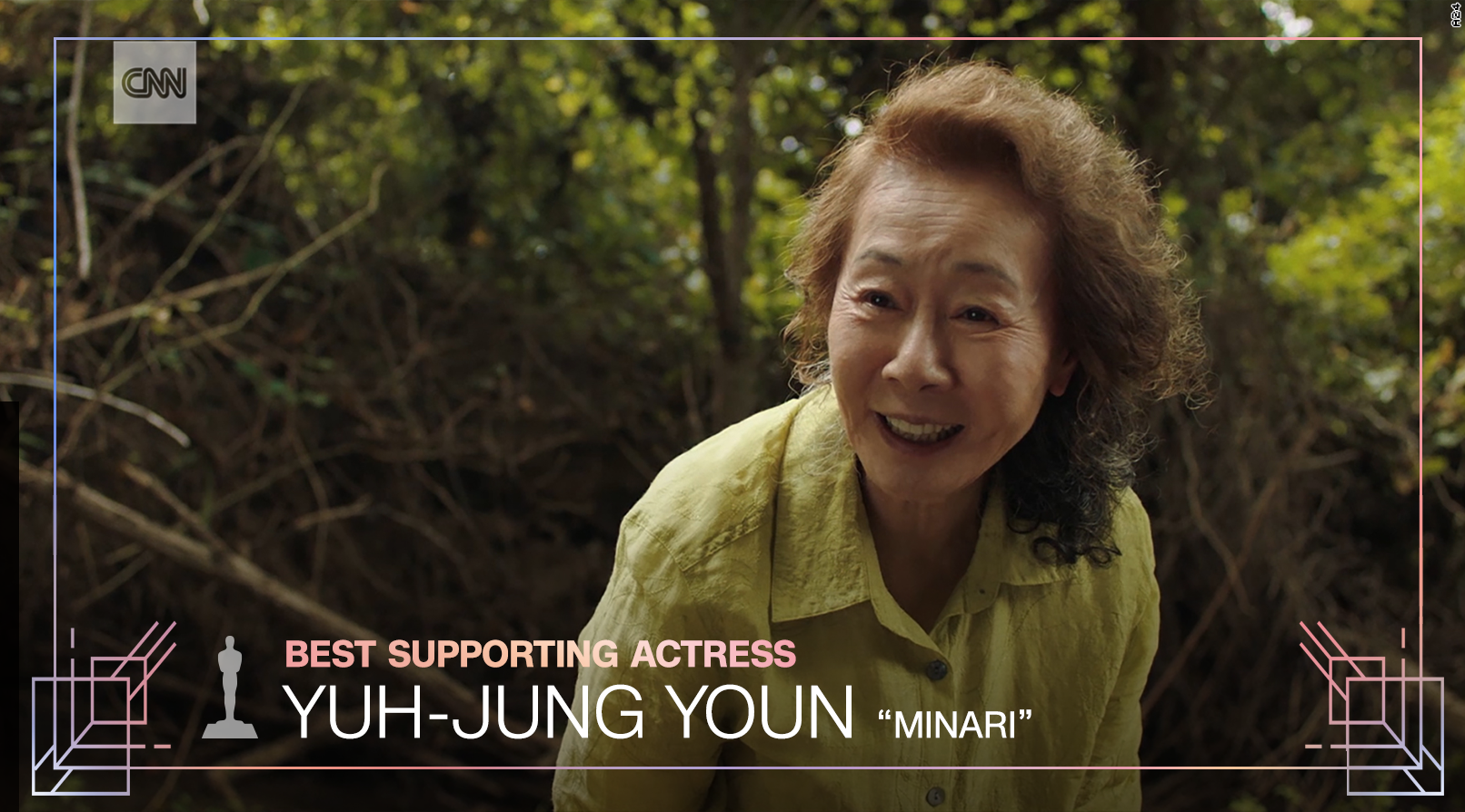 Yuh-jung Youn won the coveted best supporting actress award for her role in "Minari" and became the first Korean actress to win in that category.

During her speech, Youn spoke about how she would watch the Oscars back home in South Korea and that it was a surreal experience to be at the ceremony.

"Me being here by myself I cannot believe I'm here ... let me pull myself together. Thank you to the Academy," she said.

Minari is about a family from South Korea who move to Arkansas to start a new life. It ends up being more challenging than expected so they have their grandmother, played by Youn, come live with them.

The film, as well as Youn, have received critical acclaim throughout awards season with Youn winning a Screen Actors Guild Award and a BAFTA before her Oscar win on Sunday.

Towards the end of her speech, Youn said, "I don't believe in competition," and that she had long admired Glenn Close, who was also nominated in the category.

"Tenet" won for visual effects and it was all in the family.

Scott Fisher accepted the award and noted that his father also won the award.

For the record, Thomas L. Fisher was one of the winners at the 70th Academy Awards for his work on "Titanic."

The Netflix Original documentary film was directed by Pippa Ehrlich and James Reed.

Filmed in 2010, "My Octopus Teacher" chronicles the year Craig Foster spent cultivating a unique bond with an extraordinary creature. Foster was able to capture intimate moments of this octopus' short life by spending up to two hours following her every single day for a year.

"It began and ended with him. It's his story," Reed said while accepting the award tonight. "He kind of should us if a man can form a friendship with an octopus, it does sort of make you wonder what else is possible, so thank you, Craig."

The film tells the story of Colette Marin-Catherine who visits a concentration camp for the first time since her brother was killed there during World War II.

Instead of orchestral music playing off winners whose speeches go too long, this year we get Questlove from The Roots DJing the Oscars ceremony.

After "Soul" won for best animated feature, Questlove decided to drop a Funk Flex bomb, making the 2021 Oscars just what we needed after 2020. 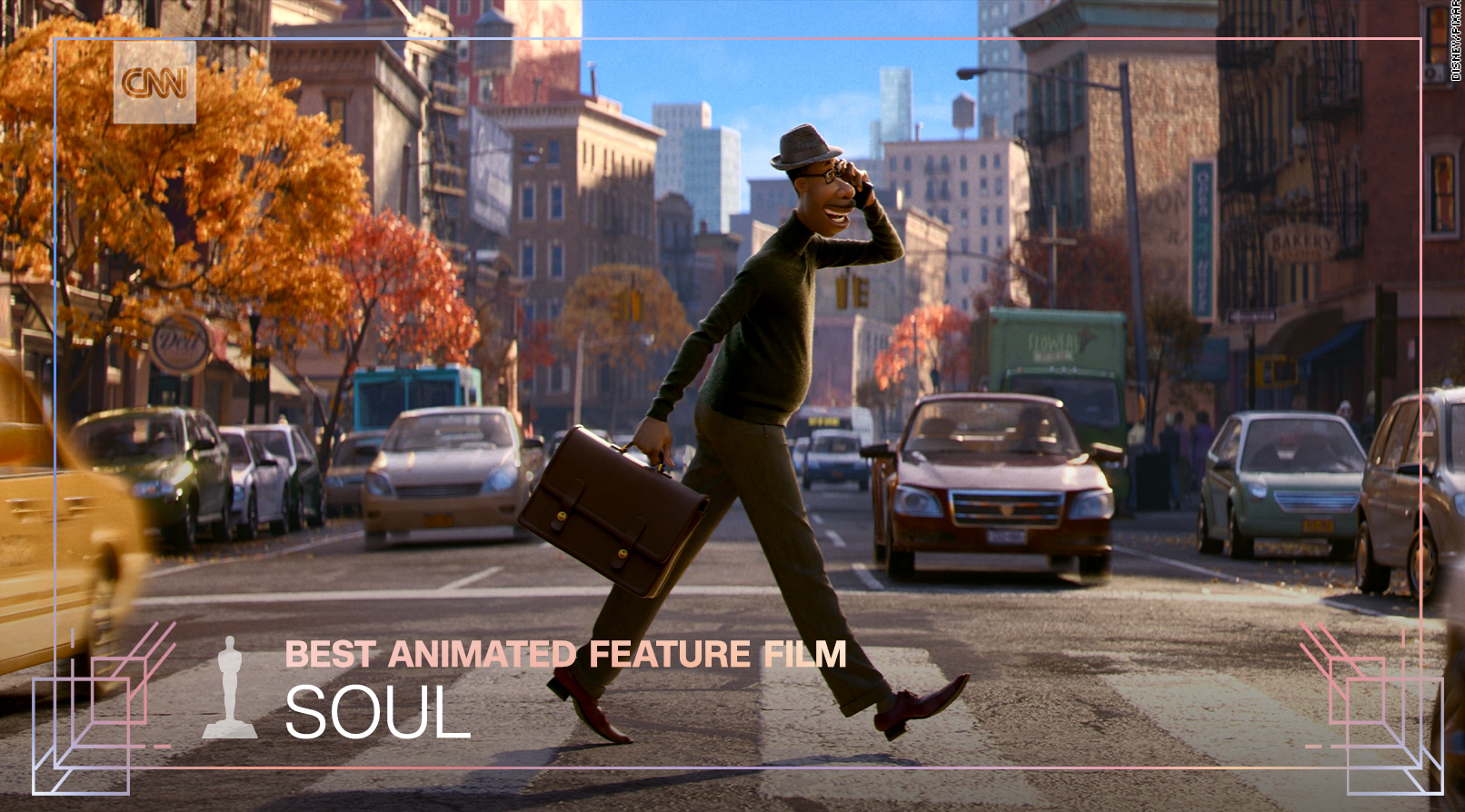 Pete Docter and Dana Murray took home the Oscar for best animated feature film. Docter has said the film was a love letter to jazz.

The movie was nominated alongside "Onward," "Over the Moon," "A Shaun the Sheep Movie: Farmageddon" and "Wolfwalkers."

Will McCormack and Michael Govier took home the award for best animated short film for "If Anything Happens I Love You."

They dedicated the award to all of those who have been victims of gun violence.

The movie is about two parents, dealing with the death of their daughter who was killed in a school shooting.

Actress Laura Dern is the film's executive producer and it's currently available on Netflix.

The film, "Two Distant Strangers," is about a Black man named Carter (Bada$$) who perpetually repeats the same day. Each day ends with him being killed by a police officer who chooses lethal force in every iteration of their interaction.

During their acceptance speech, Free said police kill three people in the United States each day and he asked everyone to "please not be indifferent."

He recently told CNN, "In writing the film this way, at the time I was also processing my own pains as a human being first, and as an artist."

It took 93 years for the Academy to name an Asian woman as best director. And until this year, only five women, all White, had ever been nominated and only one had won — Kathryn Bigelow, in 2010, for "The Hurt Locker."

But all of this changed Sunday evening, with Chloé Zhao taking home the Academy Award for the critically-acclaimed "Nomadland," which depicts a woman in her 60s (played by Frances McDormand) traveling through the American West as a van-dwelling nomad. (In an Oscars first, another woman director, Emerald Fennell, was also nominated in the category in the same year).

The Chinese director's win acknowledges the impact Asian women can exert on the entertainment industry — one that has historically objectified them.