Cherry, a former NFL player," and Karen Rupert Toliver won for "Hair Love." The animated short began as a Kickstarter project and has gone on to become critically acclaimed.

During their acceptance speeches, Rupert Toliver said "we have a firm belief that representation matters" especially when it comes to animation.

"We wanted to normalize back hair," Cherry said before he advocated for The Crown Act, which would ban discrimination nationwide against people because of their hair.

The pair brought Deandre Arnold, an 18 year old senior at Barbers Hill High School in Mont Belvieu, Texas, and his mother as their special guests to the awards show.

Arnold was told he needed to cut his dreadlocks to comply with his school's dress code or he would not be allowed to participate in the graduation ceremony.

Cherry also paid tribute to the late Kobe Bryant who became the first former profession athlete to take home the award when he won in 2018 for Best Animated Short for "Dear Basketball," which was based on a poem he wrote.

"May we all have a second act as great as his was," Cherry said of Bryant who was killed in a helicopter crash with eight others, including his 13-year-old daughter Gianna, 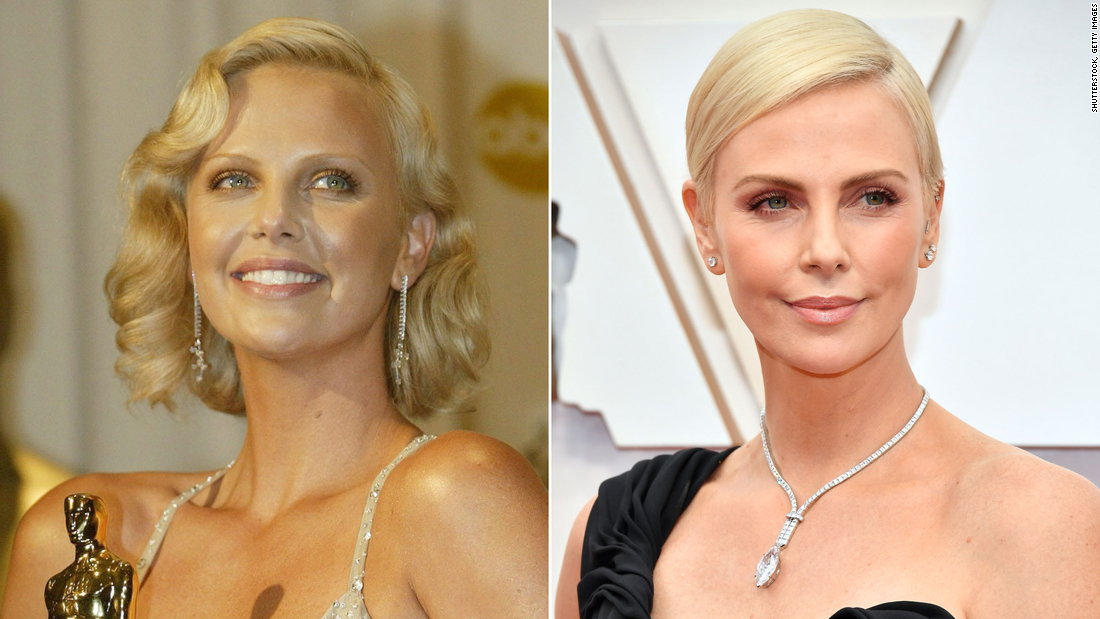 Nine of this year's 19 acting nominees have won Oscars before. Here's an Academy Awards flashback of Charlize Theron.

Theron's first nomination and win came in the same year — 2004, when she earned recognition for “Monster.”

This year, she's nominated for best actress for "Bombshell."

Brad Pitt took home the Oscar for best supporting actor for "Once Upon a Time ... in Hollywood" and decided maybe the moment wasn't the best time to continue his awards season joke fest.

"This is incredible, really incredible," Pitt said, thanking the Academy.

He touched on politics for a few seconds, telling the crowd:

"They told me I only have 45 seconds up here, which is 45 seconds more than the Senate gave John Bolton this week. I'm thinking maybe Quentin does a movie about it. In the end, the adults do the right thing."

Pitt went on to call director Quentin Tarantino an "original" and "one of a kind."

He also thanked the cast and crew of the movie, and his costar Leonardo DiCaprio, telling him he'd "ride on your coattails forever."

This whole awards season has had Pitt thinking about how he got here, he said, like "loading up my car and moving out here," then landing the role in "Thelma & Louise."

"Once upon a time in Hollywood, ain't that the truth," he said.

Pitt also thanks his "folks" and his kids, "who color everything I do, I adore you." 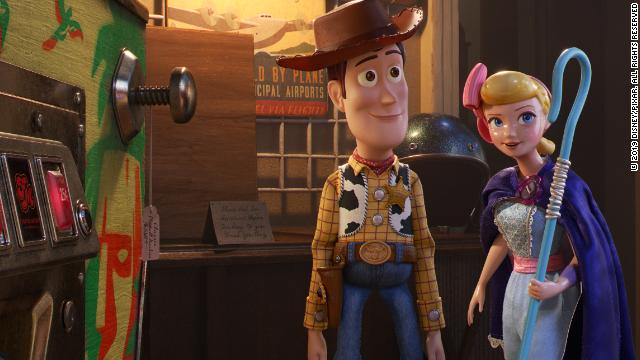 There were no women directors nominated this year for Oscars and some people were not going to let that slide.

Janelle Monáe shouted out women during her opening and she wasn't the only one.

Steve Martin and Chris Rock also offered up a reminder in their run up to announcing the best supporting actor win.

After Martin said "So many great directors nominated this year, but there was something missing," Rock quipped "Vaginas?"

Nine of this year's 19 acting nominees have won Oscars before. Here's an Academy Awards flashback of Tom Hanks.

Six-time Oscar nominee and two-time winner Tom Hanks may have lost his bid for best supporting actor, but here's hoping he's still having a beautiful day.

Brad Pitt just won the Oscar for best supporting actor for "Once Upon a Time ... in Hollywood."