Taupin credited the win to "53 years of hammering it out and doing what we do," while John thanked "everyone involved in Rocketman," the movie the song is featured in.

"This is dream for us," John told the crowd, saying, "There's some amazing talent in the room tonight."

He also thanked his twin boys Zachary and Elijah, saying, "Daddy loves you."

Guðnadóttir was the only woman nominated in the category.

"To the girls, to the women, to the mothers, to the daughters who hear the music bubbling within, please speak up. We need to hear your voices," she said.

South Korea's "Parasite" made history with its Oscar win for best international feature film. It's officially the first movie from South Korea to be nominated in the category and win.

"I'm so happy to be its first recipient under the new name. I applaud and support the new direction that this change symbolizes," he said.

This is the second win for "Parasite," which took home the Oscar for best original screenplay earlier tonight.

Dressed as "Cats" characters and pawing at the microphone stand like a cat toy, Rebel Wilson and James Corden announced "1917" as the winner of visual effects at the Oscars.

The two were a bit of a distraction, remaining on stage in their fur suits as the winners accepted their awards, but it was fantastic.

They poked fun at the disappointing "Cats" reviews by not really saying much at all, although Corden did give us a dry, "Nobody more than us understands the importance of good visual effects." 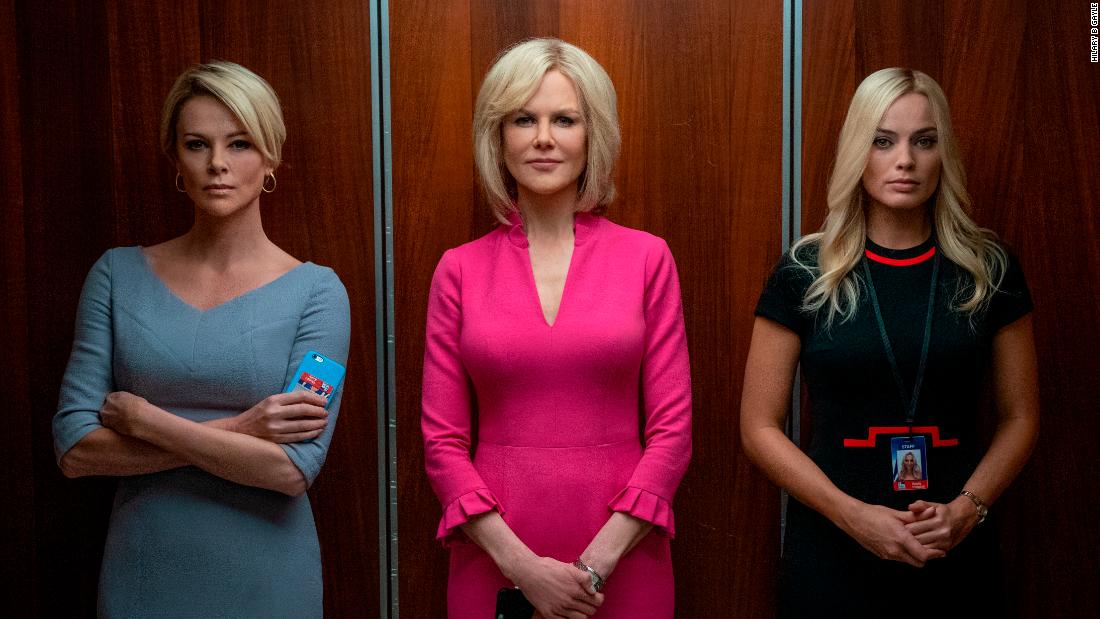 "Bombshell" just took home an Oscar for makeup and hairstyling.

Cynthia Erivo reminded the world why she is so close to becoming an Emmy, Grammy, Oscar and Tony winner Sunday night.

Erivo, who came to fame with her role as Celie in "The Color Purple" on Broadway," performed her Oscar nominated song "Stand Up" from the film "Harriet."

She is also nominated for best actress for playing freedom fighter, Harriet Tubman.

There had been some question as to whether Erivo would sing at the Academy Awards.

The British actress born to Nigerian parents turned down performing at the British Academy of Film and Television Arts (BAFTA) Awards after no people of color were nominated for acting awards.

On Sunday night she stood majestically on stage belting out the tune and earned herself a standing ovation.

"Congrats to Julia and Steven, the filmmakers behind American Factory, for telling such a complex, moving story about the very human consequences of wrenching economic change. Glad to see two talented and downright good people take home the Oscar for Higher Ground's first release," Obama tweeted.

This is the first Netflix film produced by Barack and Michelle Obama's production company "Higher Ground."

The film had been competing against "The Cave," "The Edge of Democracy," "For Same" and "Honeyland' in its category.

Why does it feel like there has been more rap at the Oscars than at the Grammys?

Not only did Eminem "lose himself," but Utkarsh Ambudkar also did a rhyme to help us recap the first part of the show.

The rapper/actor is well known for Broadway's “Freestyle Love Supreme” as well as his role in "The Mindy Project."

He displayed his freestyle skills by deftly rapping about Brad Pitt's win while also requesting Pitt bless us with a "World War Z" sequel.