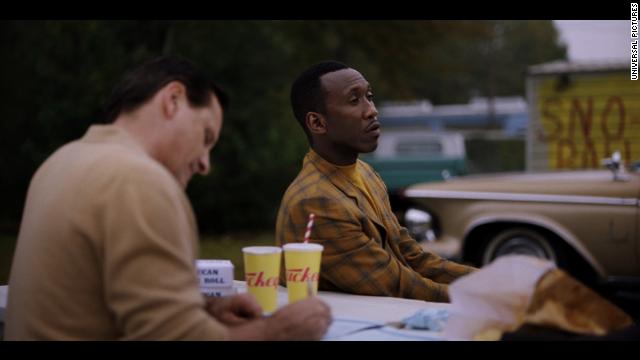 The film, which won several awards this season -- including a Golden Globe for best motion picture and best screenplay -- came out on top at the Academy Awards.

Director Peter Farrelly heaped praise on star Viggo Mortensen, without whom he said the film would not have been made.

The film was also a boon for star Mahershala Ali, who won an Oscar, Golden Globe, Screen Actors Guild and BAFTA awards for best supporting actor.

According to the Academy Awards, it is the fourth Oscar for Cuarón and his second win tonight.

"I want to thank the academy for recognizing the film centered around an indigenous woman," he said

Cuarón offers a semi-autobiographical tribute to the women who raised him. He focuses on the family maid amid a period of unrest, both within the family and society at large, in his native Mexico in the 1970s.

The film, which was shot in black and white, is Netflix’s first best picture win.

"The Favourite" was a favorite of Academy voters.

Olivia Colman took home the trophy for best actress for her role as Queen Anne in the historical dramedy.

She cried and laughed and cried again.

And she had the audience laughing too.

"It’s genuinely quite stressful," Colman said. "This is hilarious. I got an Oscar."

She thanked her costars, Rachel Weisz and Emma Stone, who play two women vying for the attention of the lesbian queen, calling them "the two loveliest women in the world to fall in love with and to do to work with every day."

Colman also recognized that Glenn Close had been favored to win the award.

"Glenn Close, you’ve been my idol for so long," the British actress said. "This is not how I wanted to it."

Malek is just the second actor of Arab descent nominated for an Oscar, after "Lawrence of Arabia" star Omar Sharif. Malek is the first to win.

He took a moment to thank Queen and acknowledged the extraordinary story of Mercury's life.

"The fact that I'm celebrating him and this story with you tonight is proof that we're longing for stories like this," Malek said.

"I am the son of immigrants from Egypt, a first-generation American. And part of my story is being written right now. And I could not be more grateful to each and every one of you, and everyone who believed in me for this moment. It's something I will treasure for the rest of my life."

What an emotional night for Lady Gaga!

The singer won an Oscar for "Shallow," the song from "A Star Is Born," which was Gaga's first big acting debut.

She was left in tears as she, along with her song writing team and uber producer Mark Ronson, took to the stage to accept the award for best original song.

Gaga thanked her sister, her parents and co-star Bradley Cooper, who performed the duet with her for the film.

"There’s not a single person on the planet that could have sang this song with me but you," Gaga said of Cooper, who also directed the film. "Thank you for believing in us."

Director Spike Lee won his first Oscar ever for best adapted screenplay for his film "BlacKkKlansman."

Lee, who has been nominated five times, took the moment to remember the past and honor Black History Month. He also paid homage to his grandmother, who he said saved up 50 years of Social Security checks to help put him through school.

Lee also brought up the 2020 presidential election, nodding to his critically acclaimed film, "Do the Right Thing."

"The 2020 presidential election is around the corner. Let's all mobilize, let's all be on the right side of history. Make the moral choice between love versus hate. Let's do the right thing! You know I had to get that in there." 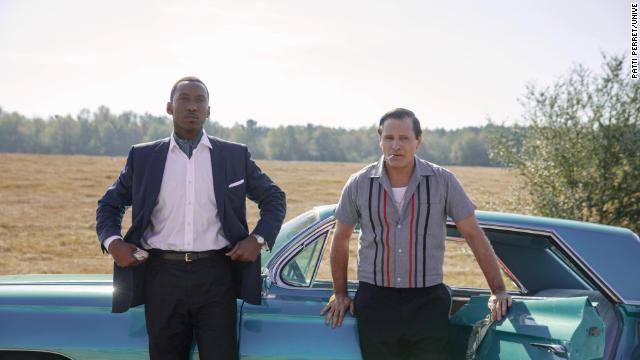 The movie was controversial, but "Green Book" still nabbed an Oscar.

The film was awarded for best original screenplay.

Screenwriter Nick Vallelonga, who wrote the story about his father accompanying musician Don Shirley for a tour in the South in the 1960s, thanked the voters and "the other amazing nominees."

"This is an amazing room of filmmakers," Vallelonga said. "Embrace ourselves and love each other. Thank you all. My mother and father, I love you, we did it."

Bradley Cooper and Lady Gaga do not play fair.

All of the chills, tears and whatever else for the riveting performance of their hit "Shallow" from their film "A Star Is Born."

How to even handle the hotness.

The pair, who play lovers on the screen, have such a special connection, and it was on display while crooning the nominee for original song.

"Period. End of sentence.," a movie that aims to end the stigma of menstruation in other parts of the world, won an Oscar for best documentary short subject.

Director Rayka Zehtabchi gave us the quote of the night in her acceptance speech.

"Oh, my God. I'm not crying because I'm on my period or anything. I can't believe a film about menstruation just won an Oscar," Zehtabchi said.

"To the women, know that you are empowering women all over the world to fight for menstrual equality," she added.

Producer Melissa Berton said the film was created after a group of high school students wanted to "make a human rights difference."

"A period should end a sentence, not a girl's education," Berton said.