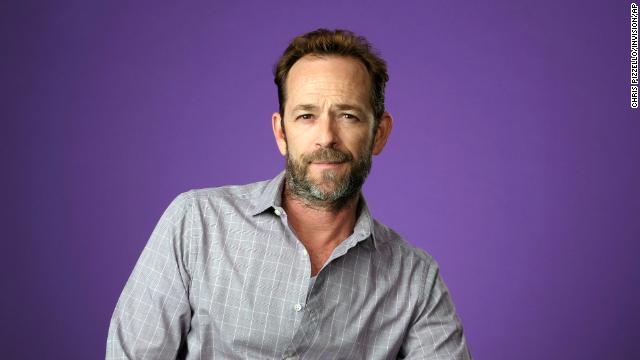 Luke Perry, who played the beloved Dylan McKay on the hit coming-of-age series "Beverly Hills 90210," died Monday. He was 52.

We're wrapping up our live coverage, but if you're looking for more on Perry's life and career, you can...

In a statement, Carteris said she was "absolutely heartbroken" by Perry's death.

“I am absolutely heartbroken. Luke was a tremendous force in the lives of so many. He was a very sensitive soul who was kind, generous and he fought for the underdog. He was a strong voice and an advocate who will be so missed by all who knew him. He has left his mark – never to be forgotten. My heart goes out to his family, friends and fans around the globe.”

Upon news of actor Luke Perry’s death, production on his television series “Riverdale” was shut down for the day, according to a source with knowledge of the matter.

In a statement to CNN, the studio and the executive producers of “Riverdale” said:

"We are deeply saddened to learn today about the passing of Luke Perry. A beloved member of the Riverdale, Warner Bros. and CW family, Luke was everything you would hope he would be: an incredibly caring, consummate professional with a giant heart, and a true friend to all. A father figure and mentor to the show’s young cast, Luke was incredibly generous, and he infused the set with love and kindness. Our thoughts are with Luke’s family during this most difficult time."

"I will forever bask in the loving memories we've shared over the last thirty year," Ziering said in the tweet.

The official Twitter account for the Writers Room of "Riverdale" remembered Luke Perry as a "joyful and vibrant soul" on Monday.

Perry played Archie Andrews' father Fred in the hit CW drama, which was based on the characters from the Archie comics.

Here's the message from the writers:

Luke Perry started off as a teen heartthrob and was most recently seen as a protective dad on "Riverdale."

But it was his role as seemingly bad boy Dylan McKay on Fox’s “Beverly Hills 90210” in 1990 which shot Perry into the atmosphere. The series was both wildly popular and also criticized because of its willingness to take on controversial topics such as teens being sexually active.

“We have done some shows that dealt with pretty some touchy topics and people weren’t altogether happy with how we dealt with it,” Perry said during an appearance on “The Arsenio Hall Show” in the 1990s. “I thought we handled it pretty intelligently and we were willing to answer the questions we brought up.”

Perry’s character was so popular among fans that in 1991 an expected crowd of 2,000 at a Florida mall turned into a stampede of 10,000 when he appeared at an autograph signing.

See a few of his memorable roles:

Celebrities are reacting to the news of the death of Luke Perry, who died Monday after suffering massive stroke. He was 52. 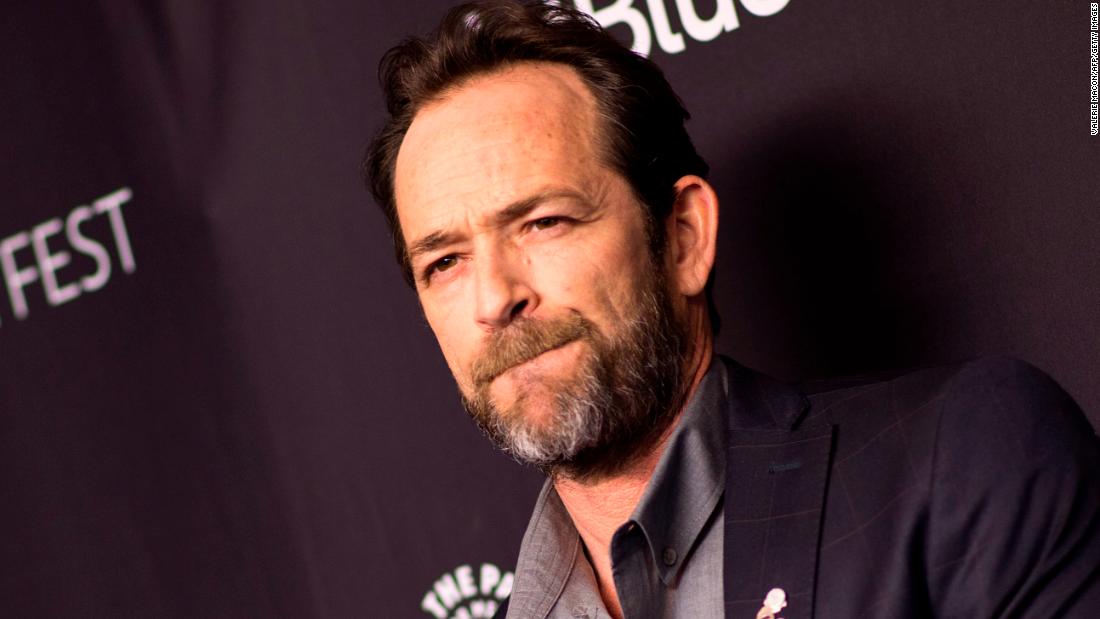 "He was surrounded by his children Jack and Sophie, fiancé Wendy Madison Bauer, ex-wife Minnie Sharp, mother Ann Bennett, step-father Steve Bennett, brother Tom Perry, sister Amy Coder, and other close family and friends. The family appreciates the outpouring of support and prayers that have been extended to Luke from around the world, and respectfully request privacy in this time of great mourning. No further details will be released at this time," a statement from Robinson read.