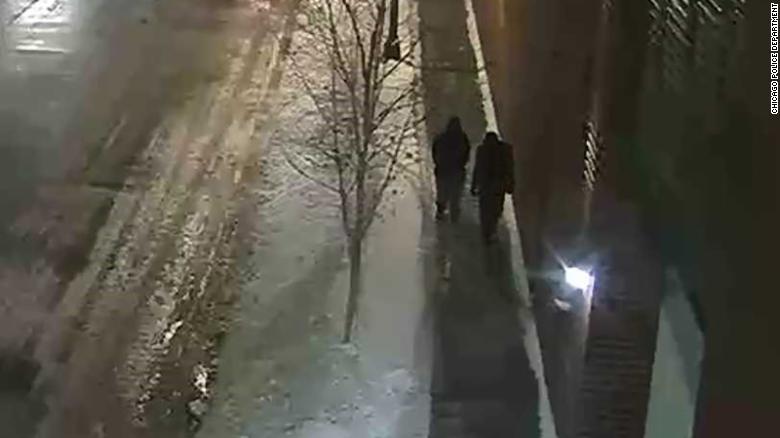 "So far, in a place so far with a high number of private surveillance cameras, they cannot find any images of the two alleged attackers. After combing through hundreds of hours of videos, the only image of Smollett police obtained from security cameras was inside the Subway sandwich shop near the location of the reported crime — and he was standing alone."

Chicago police have "reviewed hundreds of hours of video" as they search for footage of the reported attack on actor Jussie Smollett.

“Chicago police detectives continue to investigate serious allegations of a potential racially charged hate crime that took place in the downtown area Tuesday morning around 2 a.m.
The Streeterville neighborhood where the alleged attack occurred has a very high density of city and private surveillance cameras. As of 10 p.m. Tuesday, detectives canvassed and reviewed hundreds of hours of video and have now expanded the search area along the Chicago riverfront hoping to find video to be able to release a public description of the offenders. Unfortunately, thus far we have not found any helpful information on a suspect or a suspect's vehicle to be able to share.
We are taking this investigation very seriously and detective teams will broaden our search area and work around the clock to look for video on traffic cameras, CTA buses and neighboring thoroughfares which could have captured the offender's movements. The victim in this case is cooperating fully with detectives and our investigation continues.”

A Chicago police spokesperson tells CNN that investigators canvassed the neighborhood where the reported attack occurred on actor Jussie Smollett and have found no still images or video from security cameras of the incident.

A dozen police detectives with the assistance of the FBI are working the case on Tuesday, according to police spokesperson Anthony Guglielmi.

The only image of Smollett police obtained from security cameras was inside Subway Sandwich shop near the location of the reported crime, the actor was standing alone.

Chicago police say Jussie Smollett did not mention the alleged attackers shouting, “This is MAGA country” during the initial police interview. Investigators heard the claim in media reports and called the actor. He later relayed it to detectives in a supplemental interview.

Police say they are testing the chemical Smollett claimed to have been doused with and have yet to confirm the nature of the substance.

Editor's note: We are updating our headline on this story to reflect the latest information from Chicago police as they investigate Smollett's allegations.

Harris and Booker were co-sponsored of an anti-lynching bill that cleared the Senate last December (after years of failed attempts to do so), and which now lies with the House.