It’s already a day of firsts at the Grammy Awards.

The Recording Academy began handing out awards during the premiere ceremony before tonight’s big event.

And we’d be remiss if we didn’t shout out the queen herself, Beyoncé, who took home the award for best music film for “Homecoming.”

Taylor Swift won't be attending the Grammys, a source close to the singer told CNN.

While it's not clear why the superstar is skipping the 62nd Annual Grammy Awards, she is still nominated for song of the year, best pop solo performance and best pop vocal album.

Earlier this week, the "Lover" singer attended the premiere of her new Netflix documentary "Miss Americana" at the Sundance Film Festival.

As the Grammys face accusations of lacking diversity and being a "boys club," the National Academy of Recording Arts and Sciences announced Sunday it is adopting initiatives developed in partnership with its Diversity Task Force.

Recording Academy Chairman and Interim Chief Executive Officer Harvey Mason Jr. made the announcement in a message which was sent to his organization's members on the day of the Grammys.

The death of NBA star Kobe Bryant and his 13-year-old daughter Gianna in a helicopter crash Sunday is sure to cast a pall over the Grammys.

Bryant was beloved as a member of the Los Angeles Lakers, who play at the Staples Center -- where the Grammy Awards are set to be held Sunday night.

Fans gathered outside the arena and set up makeshift memorials to honor the basketball legend, 41.

Some on social media noted that the Grammys plan to play tribute to another beloved Los Angeles star: rapper Nipsey Hussle, who was shot and killed last March near his Los Angeles clothing store.

Nipsey, who was 33 when he died, is nominated for three posthumous Grammys.

"In Staples Arena, where Kobe created so many memories for all of us, preparing to pay tribute to another brilliant man we lost too soon, Nipsey Hussle," Legend wrote. "Life can be so brutal and senseless sometimes. Hold on to your loved ones. We miss you, Kobe."

The Grammys are no stranger to incredible live performances, and tonight's lineup is packed with some firsts.

Lizzo and Billie Eilish will be making their Grammy debuts as both first-time nominees and stage performers.

Gwen Stefani and Blake Shelton -- a real-life couple -- will perform together for the first time on the Grammy stage. Shelton is also nominated for Best Country Solo Performance.

Here are some of the other artists set to perform:

Music's biggest night is back.

The 62nd Annual Grammy Awards are on tonight at 8 p.m. ET. Hosted for the second time by Alicia Keys, this year's awards mark a first for many of the nominees.

Here are the nominees for the top four awards of the night:

Many of these nominated artists — including Ariana Grande, Lizzo, Billie Eilish and more — are expected to give live performances at the awards. 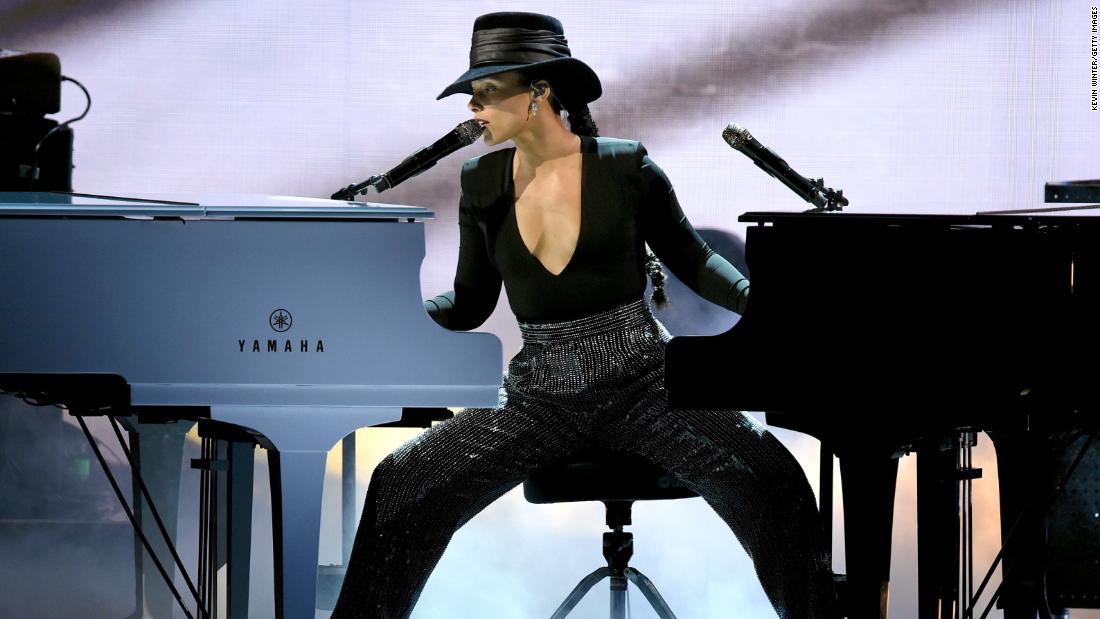 Singer Alicia Keys returns to host the Grammys tonight for the second year in a row.

In 2019, Keys became the first woman in 14 years to host the Grammys. Now, she is looking to top last year's show.

She has a lot to celebrate: The 15-time Grammy winner will be hosting one day after her 39th birthday.

Keys posted a YouTube video announcing she'd be returning to host the awards. In the video, she's having a conversation with the 2019 version of herself, coming up with ideas for the 2020 show.