Our live coverage has ended, but you can read below to see how it all unfolded.

"Hey, everyone. As I go into my 20th year on the E! red carpet I have to say I do not take missing an award show lightly, but unfortunately this year is just so different," Rancic said in a message reported by her network. "As part of E! and NBCUniversal's very strict testing guidelines, especially before an event like this, I did find out that I tested positive for COVID-19. Now as much as I didn't want to hear that, I'm very thankful I heard it before I traveled and possibly could have exposed other people. So for that, I'm thankful."

She added that she was doing well and gave an update on her husband, Bill Rancic, and their son, Duke.

"My husband Bill and our son also did test positive, but we're all doing well and taking care each other so I'm going to get back to doing that," she said. "But I just want to say I'm wishing you all the best and please protect yourselves and protect those around you. Take good care and I'll see you on the next red carpet."

Her colleague, "Nightly Pop's" Nina Parker, filled in for Rancic.

So what if Zendaya doesn't have a red carpet to walk on?

Even though the 2020 Emmys Awards are virtual, the singer "arrived" in major glam.

The "Euphoria" star showed off her look on Instagram, twirling in a purple Christopher John Rogers dress, sparkly Bulgari jewelry, and a stunning pair of Christian Louboutin crystal-embellished heels.

Her stylist Law Roach took to Instagram to share the video, writing that there was more to come and that this was only "look one" of the night.

The Twitter account @ratemyskyperoom will be provide some commentary tonight for CNN's live coverage of the 72nd Primetime Emmy Awards on ABC.

The account — which awards a numeric rating to the settings that appear behind notable names during virtual appearances on cable news and other television programs — started off as a series of funny exchanges between a dating duo separated by an international border during a pandemic.

Months later, the account, which has gained responses from the likes of Hillary Clinton and followers like Jason Bateman and Ava DuVernay, is the unofficial authority on the art of the video call background. As Hollywood sets the stage for a major virtual event with the Emmy Awards, it's also more relevant than ever.

Emmy producers have said they'll have as many as 140 live camera feeds from the homes and other locales where nominees will be "attending" the show.

Claude Taylor, the chair of a left-leaning political action committee called Mad Dog, and his girlfriend Jessie Bahrey, who lives in Vancouver, never intended to become experts in background design. But with almost 300,000 followers and scores of high-profile fans, the influence wielded by the, in Taylor's words, "fluffy Twitter account" is undeniable.

Taylor offered these tips on creating an award-winning background: 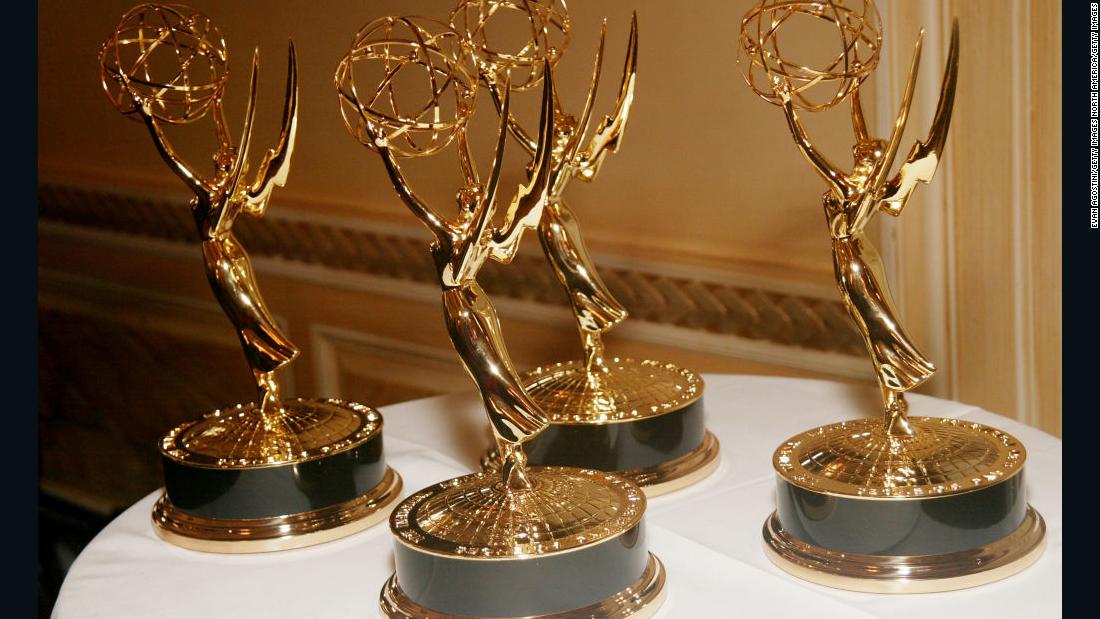 The virtual Emmy Awards will be live tonight, and the producers fully anticipating that there will be foul-ups and planning to roll with that as best they can.

The first major entertainment industry awards since the pandemic struck will be broadcast on ABC and hosted by Jimmy Kimmel, who told the Hollywood Reporter that he enjoys "putting myself in difficult situations. So if the worst happens and it all breaks down, there will definitely be a part of me that is amused by it."