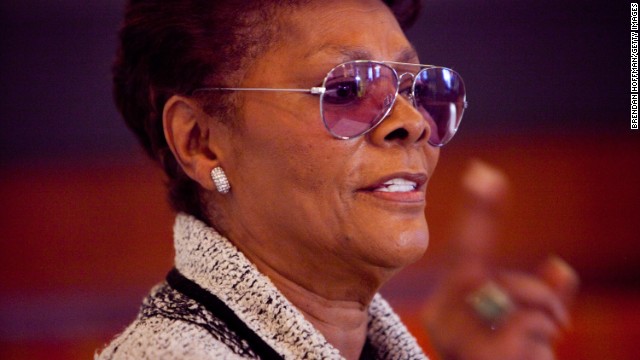 "She sincerely will be missed throughout the musical world, family, and friends," Warwick said in a statement.

"Our Heavenly Father has chosen one of our most prolific voices to join His Heavenly Choir ... Aretha now rests in peace!! I, like I'm sure she was taught, that we are all put on this earth for a purpose, and once that is fulfilled, we will then be "Called Home!" She sincerely will be missed throughout the musical world, family, and friends. My deep heartfelt condolence I send from my family to her family and do hope the grief I know they are feeling will begin to subside with time, as losing a family member is a VERY HARD THING to process. Know that her pain is over and she suffers no longer! Rest in peace my friend."

Civil rights icon and congressman John Lewis remembered Aretha Franklin as "one of the great artists of our time" — and a strong supporter of civil rights. Her voice, he said, gave strength to activists.

"We have lost one of the great artists of our time. Aretha Franklin was so talented. She was one of God’s precious gifts to the world — one of God’s shining jewels," Lewis said in a statement.

Here's more from his statement:

"What made her talent so great was her capacity to live what she sang. Her music was deepened by her connection to the struggles and the triumphs of the African American experience growing up in her father’s church, the community of Detroit, and her awareness of the turmoil of the South. She had a lifelong, unwavering commitment to civil rights and was one of the strongest supporters of the movement. She was our sister and our friend. Whenever I would see her, from time to time, she would always inquire about the well-being of people she met and worked with during the sixties.
When she sang, she embodied what we were fighting for, and her music strengthened us. It revived us. When we would be released from jail after a non-violent protest, we might go to a late night club and let the music of Aretha Franklin fill our hearts. She was like a muse whose songs whispered the strength to continue on. Her music gave us a greater sense of determination to never give up or give in, and to keep the faith.
She was a wonderful, talented human being. We mourn for Aretha Franklin. We have lost the Queen of Soul.”

President Trump took to Twitter to pay his respect to legendary singer Aretha Franklin, who died this morning at home in Detroit.

"She was a great woman, with a wonderful gift from God, her voice," he tweeted. 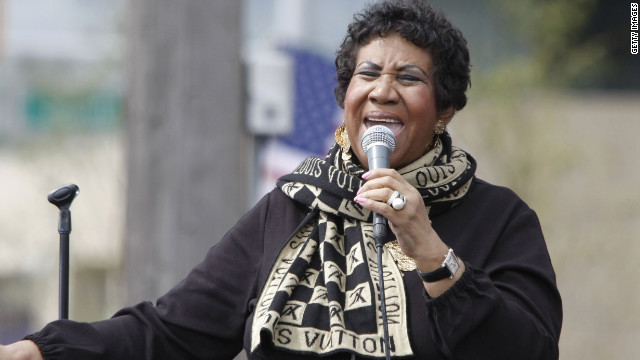 Nobody would call Aretha Franklin a central figure of the civil rights movement. And she was not an overt feminist.

But the singer, who died Thursday at 76, shot to fame in 1967 with a hit song that inspired millions of women and African Americans during a turbulent period of social upheaval in America.

"I think 'Respect' was her national anthem, because everybody could relate to that," Leon Jones, 60, told CNN Wednesday at New Bethel Baptist Church in Detroit, where he had stopped to pray for the ailing Queen of Soul.

"I think she was just talking to people in general," added Jones, who is black. "Not just African Americas, not just Asians, not just Caucasian people, but everybody, because you could get disrespected in daily life."

The Beatles' Paul McCartney and Ringo Starr took a moment today to remember the life of music legend Aretha Franklin.

McCartney and Starr both tweeted tributes to Franklin this morning:

Paul McCartney: "Her greatness as a musician and a fine human being will live with us forever" 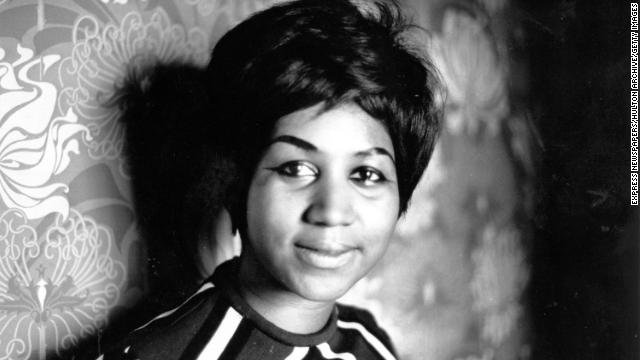 Linda Solomon, a friend and photographer, told CNN that Aretha Franklin was the toast of the Motor City.

“For people in Detroit, Aretha was like our Elvis,” Solomon said.

But, Solomon said, “She was just like our other girlfriends. She was that unassuming.”

Solomon remembered shooting photos of Franklin rehearsing with the Detroit Symphony without makeup.

Aretha Franklin was born Memphis, Tennessee, but she was raised mostly in Detroit. Today, she died at her Detroit home.

Detroit Mayor Mike Duggan tweeted a video from Franklin's last show in the city. At the performance last year, he awarded the singer the key to the city:

The Detroit Lions also tweeted a tribute to Franklin:

And the Motown Museum in Detroit will play Franklin's music all weekend long to honor her legacy. Visitors will be able to sign a guest book, which will later be sent to Franklin's family.

"Her legacy will continue to inspire and resonate in the souls of Detroiters and her fans around the world," Robin Terry, chairwoman and CEO of Motown Museum, said in a statement. 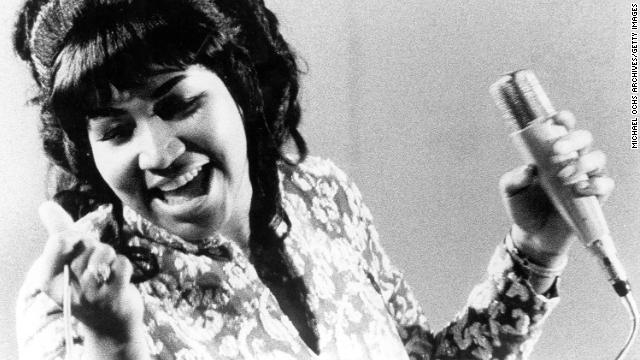 Legendary singer/songwriter Aretha Franklin was the first woman inducted into the Rock and Roll Hall of Fame.

The Rock and Roll Hall of Fame released a statement this morning remembering "the Queen."

The first woman inducted into the Rock & Roll Hall of Fame, Aretha Franklin was an artist of passion, sophistication and command, whose recordings remain anthems that defined soul music. Long live the Queen.

In addition to becoming a member of the Rock Hall, she was inducted into the NAACP Hall of Fame and the Apollo Theater Legends Hall of Fame.

A star on the Hollywood Walk of Fame is also dedicated to Franklin.

Music icon Elton John shared a series of tweets remembering the legendary Aretha Franklin. He said he got to watch her last performance.

"I was fortunate enough to spend time with her and witness her last performance – a benefit for @ejaf at St John The Divine Cathedral. She was obviously unwell, and I wasn’t sure she could perform. But Aretha did and she raised the roof," he tweeted.

"She sang and played magnificently, and we all wept. We were witnessing the greatest soul artist of all time. I adored her and worshipped her talent. God bless her. My condolences to all her family and friends. We shared the same birthday – and that meant so much to me."

Here are a few more tweets John shared this morning: