Patricia Clarkson snagged the best performance by an actress in a supporting role in a series, limited series or motion picture made for television for "Sharp Objects."

Clarkson took to the stage and uttered a "hot damn."

She thanked her parents, her co-star Amy Adams and especially her director.

"You demanded everything of me except for sex, which is exactly how it should be in our industry," Clarkson said.

Mahershala Ali was awarded the best supporting actor in a motion picture award for his role in "Green Book."

He thanked Donald Shirley, the real life musician he portrayed in the film.

"I just want to thank him for his passion, his virtuosity, the dignity with which he carried himself that inspired me every day," Ali said.

The film also won for its screenplay. 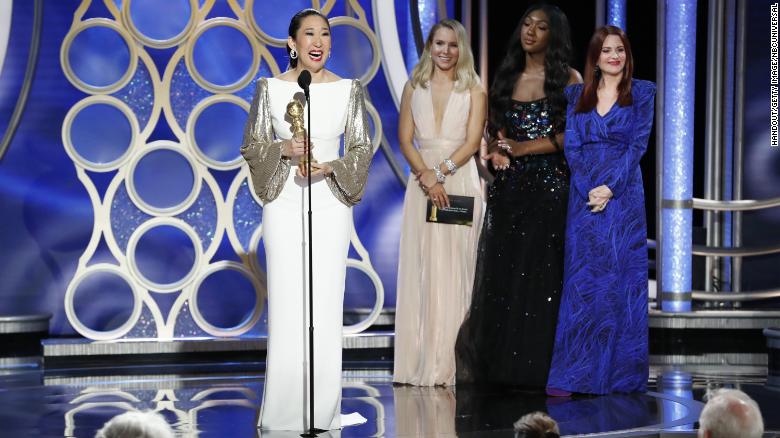 Sandra Oh, who is also hosting the Golden Globes, won for her performance in "Killing Eve," adding her name to Globes history.

Oh is the first Asian woman to host a major awards show and to win multiple Globes.

During her speech, she thanked her mother and father, who were both in the audience.

"This is so fantastic."

For the next two years, she has vowed to only produce projects that employ 50 percent women.

It's an answer to the disparity the industry has seen with women not having as many opportunities as men, and she referenced "Times Up times 2."

Asking for a friend because she and Idris Elba were looking mighty good together presenting at the Globes.

We are thinking Elba as James Bond and Swift as a Bond woman (we don't call them "Bond girls" anymore).

Oh, and they presented the best original score award to Justin Hurwitz for "First Man" and "Shallow" from "A Star is Born" for original song.

It seemed fitting that Lady Gaga would mention the struggle of women in music to be taken seriously as Swift has been highlighting that fight for years.

After the accolades, there was a proud dad moment as Elba introduced Miss Golden Globe 2019, his daughter Isan.

"Shallow," a ballad from the "A Star Is Born" soundtrack, just won for best original song.

"As a woman in music, it is really hard to be taken seriously as a musician and as a songwriter," Gaga said.

She went on to thank fellow colleagues who worked on the song with her. 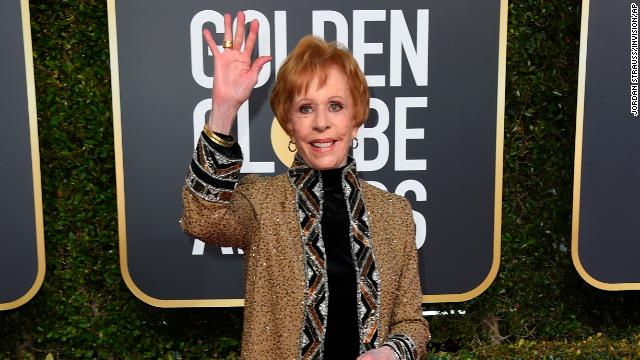 TV icon Carol Burnett was just honored with a Golden Globe Award named after her.

"I am really gobsmacked by this," she said after actor Steve Carrell introduced her. "Does this mean I get to accept it every year?"

The Carol Burnett Award will be awarded annually to someone who "has made outstanding contributions to television on or off the screen," according to a statement from HFPA.