Samsung has a whole slew of affordable mid-range smartphones known affectionately as the Galaxy A line. And the Galaxy A01 falls on the lower end of the price spectrum at $150.

The Galaxy A01 is a bare-bones smartphone with a large display, complete with a teardrop at the top, two cameras on the back and a decent processor inside. And at $150, it’s all about compromises, the mantra of any mid-range device.

We’ve been using the Galaxy A01 and found there to be plenty of compromises for the price.

A simple design with ergonomic enhancements

This is a no-frills phone from the second you lay eyes on it. The Galaxy A01 is a relatively small device, on-par with the Pixel 4 and iPhone 11 Pro. It has a 5.7-inch LCD screen on the front with a healthy bezel along the bottom. This is all packed into a plastic build rather than, say, the aluminum composition of the iPhone SE. In your hand, it doesn’t necessarily feel cheap, but it certainly doesn’t scream high-end.

You’d have a hard time picking the Galaxy A01 out of a crowd — it looks like any average smartphone with a simple black paint job. For comparison, the Galaxy A51 has some fun coloring on the back, and the TCL 10L at least comes in a few colors. On the back of the Galaxy A01, you’ll find a silver Samsung logo smack dab in the center. That’s the only branding on the device. The main camera sensor is complete with a 13-megapixel lens and a 2-megapixel depth sensor. An LED flash rests in the top right corner. As for the speaker grille, that sits on the bottom right of the back. It’s a simple, effective layout without much flair

The back has a matte plastic finish. The edges are all smoothly curved to aid with ergonomics, much like those of TCL 10 Pro. You can easily get a firm grip around the Galaxy A01 when using it. Fingerprints and grease still show up on the back, though. Luckily, the black coloring helps hide such blemishes a bit. The A01 is also really light at just 151 grams. No hand or wrist pain from this smartphone.

On the left side, you’ll find a volume rocker, while the power button and SIM card slot live on the right. Up top is a standard headphone jack (a nice sight to behold for a 2020 smartphone) and a microphone. On the bottom resides the USB-C port and an additional microphone. You’ll use that port to charge the 3,000mAh battery powering the Galaxy A01 as well as for data transfers. Given the matte plastic back, this device doesn’t support wireless charging of any kind.

The 5.7-inch display isn’t an AMOLED like that of the Galaxy S20 or an OLED in the Galaxy A51. Rather, it’s a simple LCD screen. It’s not the sharpest on the market to be sure, and getting up close with text does reveal some fuzziness. But for YouTube videos and streaming content, it’s an enjoyable experience. We wouldn’t recommend watching Avengers: Endgame on it, but for everyday use and some light video consumption (Tiktok’s included), the A01’s display will get the job done.

Lastly, we like the teardrop notch on the front of the display as this gives this a 2020 smartphone feel. It is a relatively big notch that goes to about the bottom of the notification bar, but the software is smart to not have it block any experiences.

Average speeds from an average processor

Powering the Galaxy A01 is a Qualcomm Snapdragon 439 processor with just 2GBs of RAM. Like the design, it’s a bare-bones power situation. You will notice slowdowns when gaming and even during setup. At times apps and user interfaces can freeze, but we found these to be less and less common a day or two after the initial setup. It’s likely that the device itself was indexing and handling all the new information we were feeding it.

That processor setup is powering Android 10 with a Samsung user interface layered in. Depending on the carrier you opt for, Verizon or AT&T, you’ll also have some pre-loaded content. There’s 16GBs of internal storage, but with pre-loaded apps, we had 12GBs used. We’d highly recommend deleting those pre-installed apps and investing in a microSD card.

Normal everyday tasks like texting or messaging with a third-party app, making phone calls, and browsing the web happened pretty fast. It took a second or two sometimes to open the app, but entering a specific set of letters or dialing a number wasn’t as latency filled as we anticipated. Searching for a specific app, navigating through a large photo library or searching for a specific thing in Settings did result in slowdowns. We tried gaming with Call of Duty Mobile and Real Racing, but we wouldn’t recommend it. Loading the apps took a few minutes and they were basically unplayable.

Most apps like social networks, email, basic games and other core functions should perform just fine. In terms of benchmarking the Underscored standard is GeekBench 5 but that app was not compatible with the Galaxy A01, so we opted for GeekBench 4. From our qualitative testing, the A01 is behind the Galaxy A51 and iPhone SE by quite a bit. It’s more on par with the TCL 10L and we’re eager to put it to the test against the forthcoming Moto E. With Geekbench 4 the A01 scored an 866 on single-core and a 3412 on multi-core. Not the best when compared to any smartphone, but on-par with what we’ve tested for low to mid range.

Battery life was a lot more dependable thanks to a 3,000mAh battery inside. It easily lasted a full day with light to moderate usage. We also ran it through our battery test which involves the device looping a video with 50% brightness and Airplane mode on until the battery dies. The Galaxy A01 lasted 10 hours and 27 minutes.

Unlike the TCL 10L which features several lenses on the back, the Galaxy A01 gets just two (and this is more in line with the similar price Moto E).

You get a main 12-megapixel lens that is the standard view — no ultra-wide here. Additionally, there is a 2-megapixel depth lens on the back that helps with Live Focus —- this is Samsung’s bokeh effect for photos. Both of these can tap into an LED flash for help with low-light or night photos.

For the most part, images came out pretty good when looking from afar. Colors were mostly balanced, although in typical Samsung fashion the vibrancy and saturation are turned up a bit. It’s a really nice effect for photos of flowers and fauna, though. To some degree, it accomplishes a natural bokeh effect as well. Zooming in on any shot, though, and some noise and blurs became visible.

On the video side, the A01 can shoot at up to 180pHD video, but there is no stabilization — electrical or optical — on the device. Videos will show movement pretty heavily, but at least the camera didn’t create any unexpected artifacts. Focus is an issue with video as well, it takes a while to finally adjust and generally falls to lock it in for longer than a few seconds. 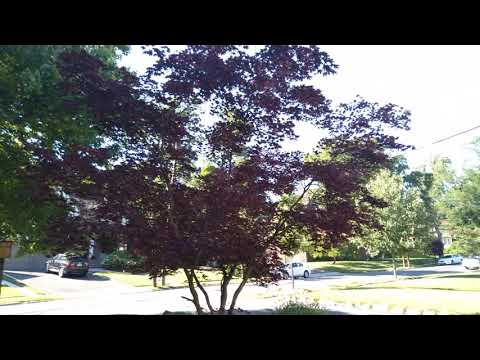 On the front, that teardrop houses a 5-megapixel lens. It’s an average lens that can be used for selfies, we’re just not sure if these come out Instagram worthy every time. You can see our test photos below from the front-facing lens.

At $150, the Galaxy A01 is an expectedly average mid-range smartphone. More importantly, it checks off the boxes for what a device at this price range should meet. It doesn’t have the best speakers, cameras, or screen but it does feature hardware that can accomplish the basic goal. Just to varying degrees.

Look at it this way, for the price you’re getting a smartphone that can take calls, send messages, check email, access the web and take photos. $150 gets you a lot from that perspective, but we’d also recommend looking into the Moto E and other smartphones at this price point.