The Moto G Fast is a dependable phone with good cameras and long battery life for $199.99

Motorola dropped two smartphones last week: the $149.99 Moto E and the $199.99 Moto G Fast. You can see our review of the Moto E here, but now we’re looking at the Moto G Fast. We’ve spent about a week with it, using the phone in conjunction with the Moto E, along with a number of other smartphones.

The G Fast is the third new Moto G this year, and the most affordable at $199.99. It comes unlocked in one color and with 32GB of storage. With this phone, Motorola focused on speed and performance, a shift from the Moto G Power’s focal point being battery life and the Moto G Stylus’ added bonus of, well, a stylus.

So there’s now three different flavors of truly mid-range smartphones — an area in which Motorola has had a lot of experience and, quite frankly, a ton of success.

But will the Moto G Fast make you zip over and order it for $199.99? Let’s punch the hyperdrive and see where we end up.

A sleek design with curved sides

Similar to what we saw on the Galaxy A01 and even the TCL 10L, the Moto G Fast goes for an ergonomic, affordable design resulting in a plastic build all around with a glossy finish on the back. The Moto G is less slippery than he A01, so we didn’t find it sliding from our grip. The left and right sides on the back slightly curve up to the front, making it easy to grasp.

The Moto G Fast comes in one color: pearl white. It looks nice with a white paint job on the back and a silver band connecting the back with the front. We’re thrilled that Motorola went with a USB-C port on the G Fast, unlike the microUSB on the Moto E. This supports 10-watt rapid charging, which it can accomplish out of the box. The main port also supports data transfers.

You’ll find a headphone jack on the top and the combination SIM and microSD card slot on the left edge. The right side is home to the power button and volume rocker. On the back, you’ll find the three main cameras and LED flash in the top left corner. The cameras slightly stick out, but not much. A Motorola “M” batwing sits in the center of this surface and doubles as a fingerprint sensor.

On the front, there’s a pinhole Max Vision display. The front-facing 8-megapixel lens sits in the top right corner. It’s a fairly large sensor, made larger by a black ring around the circumference. The bezels aren’t all that large around the display, but the bottom one is thicker.

All in all, the Moto G Fast’s 6.4-inch display equates to an 88% screen to body ratio — certainly great for an affordable smartphone. The display has a slightly sharper resolution when compared to the Moto E, but these are nearly identical except for the larger size.

Its 720p HD display is fine for most use cases. We tried web browsing, watching a movie, streaming YouTube videos, video calls and responding to a bunch of emails. While holding the phone at a normal distance, text was sharp and the screen was generally vivid. Moving it closer reveals fuzziness, but this is to be expected at 720p.

So the Moto G Fast will not be as sharp as a 1080p HD smartphone or one with an AMOLED display, but at $199.99, it’s in line with other mid-range smartphones. Namely, the Galaxy A01, Galaxy A51, Moto E, TCL 10L and TCL 10Pro. The iPhone SE is the exception since it features a higher-end Retina 4.7-inch display panel.

The “fast” part of the Moto G Fast hints at the phone’s image processing. The Qualcomm Snapdragon 665 chip with 3GBs of RAM does double duty to power the three cameras and the phone’s general processing.

On the backside, you have a main 16-megapixel lens, a 2-megapixel macro lens and an 8-megapixel ultra-wide lens. The standard lens will be the main default for snapping pictures.

The macro is a new trend with mobile photography, which Motorola fully embraces with this addition. You’ll need to be close to a subject, but the lens can capture a large amount of detail. And the ultra wide lets you capture more detail with a 118-degree view.

And for what it’s worth, the camera shutter of the Moto G Fast is much faster compared to the Galaxy A01 and Moto E. The same goes for switching camera modes, although it took a few seconds longer when swapping between the standard lens and ultra wide.

Rendering in real time with the viewfinder seemed to be more accurate compared to the Moto E. Colors still look blown out, but it wasn’t nearly as unsaturated as the E, either.

Your best bet with the G Fast, as was the case for the Moto E, is to look at the photos after you take them. It does a much better job at presenting a color-accurate photo and it doesn’t produce the infamous Samsung effect, where vibrancy is automatically tuned up.

This shot of a maple tree with the sun behind its leaves came out nice, both in standard and ultra wide. You can see how much of the scene the ultra wide can capture.

Shooting with the macro lens was more of a mixed bag. Colors didn’t seem as accurate and even when shooting up close, the photo lacked details. You can see a fuzziness around the petals and a general amount of noise. There was also more of a rolling shooter on the live view when shooting with this mode.

You can shoot up to 1080pHD video, which is average for a smartphone. It takes a few seconds to focus, but once it does, you have a good amount detail and color accuracy. You can see it for yourself in the video camera test below. 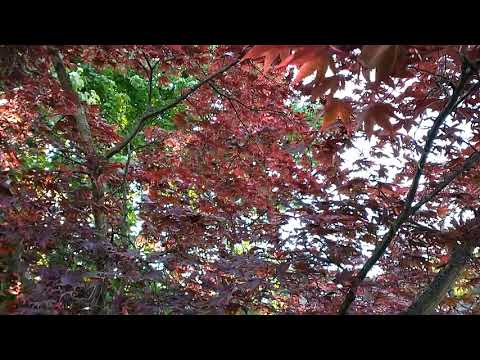 On the front side, you have an 8-megapixel camera that is fine for selfies, video calling and even selfies with a dog. By default, it has a skin-smoothing feature that does it’s job, but we prefer a more natural look.

Scrolling through pages of apps and multitasking was noticeably quicker than on the Moto E or Galaxy A01. It seemed more equal across a majority of tasks . This was an improvement over the Galaxy A51, which ebbed and flowed with its performance.

The flow of apps that we use on a daily basis performed quite well here. Social media apps like TikTok, Twitter and Instagram performed smoothly alongside productivity apps like Outlook, Gmail, Slack, Trello and web browsing. Even games like Real Racing and Call of Duty Mobile performed admirably on the G Fast.

The Motorola experience is nearly a clean version of Android. It’s quite efficient and you won’t find much bloatware out of the box. Via the Moto app, you can turn on Moto Actions, which are handy interface shortcuts. For instance, a chop-chop motion can turn on the flashlight.

On the battery side, the Moto G Fast fared well. It has a 4,000mAh battery that can be fast-charged at up to 10 watts, but it doesn’t support wireless charging. We ran the Moto G Fast through the Underscored battery test, which consists of the device running a video on a loop with Airplane mode turned on and the brightness set to 50% until the battery dies. The Moto G Fast lasted 26 hours and 45 minutes. That’s seriously impressive, and in our testing, even with heavy use, the G Fast easily lasted a full day.

The Moto G Fast delivers a well-rounded experience for $199.99. Sure, we would have liked to see a sharper display and a snazzier design, but this still stands out from the rest of the affordable Android smartphones.

In comparison to the Moto E, if you care about photography and don’t mind spending $50 more, we’d suggest going for the Moto G Fast. Along with a better set of cameras, you get a faster device with a larger display and better battery life.