Motorola is well known for its affordable phones, and the new Moto E aims to continue that legacy. At just $150, the smartphone some premium features, headlined by its multi-lens camera setup. This device directly competes with other affordable smartphones, such as the Galaxy A01, and undercuts the iPhone SE and Galaxy A51.

The focus here is on the camera with a 13-megapixel main lens and the ability to create the popular bokeh effect. But this is on top of an average experience for the rest of the hardware.

Having spent the past week with the Moto E, we find that it packs a punch with considerable value, but as with any affordable device, there are compromises.

A sleek design that feels high-end

You normally wouldn’t describe a $150 smartphone as high end, but we found ourselves doing so with the Moto E. To a certain degree it aims to copy the iPhone SE, XR and 11, particularly with its smooth finish on the back and a relatively large 6.2-inch display. Similarly, the band that wraps around the device has a pleasing shine.

The Moto E doesn’t have a glass design like the iPhone. Instead, Motorola opted for a smooth acrylic plastic on the back. It’s not too slippery, though — it still feels manageable to grip with one hand.

That core plastic design continues onto the side. It’s thicker and heavier than the Galaxy A01. There is also only one color option: a midnight blue that looks sweet, albeit mellow. It doesn’t exactly jump out at you like, say, the color options for the iPhone 11 or the (PRODUCT)RED iPhone SE.

Longtime Motorola fans, ourselves included, will be ecstatic to see the classic Moto “M” bat wing on the back — which also doubles as a fingerprint sensor! Pretty big value for $150.

The logo is located high on the back center, and the camera module sits on the top left side. This module is composed of several pieces and sticks out by a hair. The top of the device is home to a headphone jack, while a SIM and microSD card slot lives on the left edge. The power button and volume rocker are on the right.

For some reason, Motorola opted for a micro USB charging port situated on the bottom. We get that this is an affordable device and the components are probably dirt cheap, but we oh-so-wish this was a USB-C port, especially considering this device doesn’t support Qi-enabled wireless charging. Motorola includes a charger and a cord at least.

On the front, you’ll find a 6.2-inch LCD display, complete with a teardrop notch. This is similar to the design on the Galaxy A01. You’ll also notice a large bezel on the bottom that’s reminiscent of smartphones with chins. The bezels on the left, right and top are smaller. The notch on the Moto E dips more into the screen, but not so far as to dip below the notification bar.

The Max Vision LCD has a display that’s somewhat tall, which allows you to easily scroll through plenty of timelines. With the bezels (remember the big one on the bottom), this has 85.54% screen to body ratio, which, all things considered, isn’t too bad for a $150 smartphone.

At 720p HD, the display isn’t exactly the sharpest, and getting up close with text or images results in fuzziness. It’s just not as crystal clear as a Retina display or an AMOLED. That said, it’s fine for watching YouTube videos, streaming movies and browsing the web. We even got away with photo editing in Snapseed and Afterlight. It’s also pretty accurate with colors and appears to offer more saturation over the Galaxy A01 (along with being larger).

Another staple of Motorola’s smartphones is long battery life, and the Moto E doesn’t mess around on this front. We threw plenty of calls, texts and emails at it, along with social media, browsing the web and even light gaming (think Idle Tycoon games). Through all that, it lasted a full day with ease. A fast charger doesn’t come in the box, but Motorola includes a 5-watt charger with a USB-A to microUSB cable.

As we do with any phone review, we put the Moto E through the Underscored battery test. This involves looping a video until the device in question dies. During the test, we set the display to 50% and put the device on Airplane mode. The Moto E lasted 20 hours and 39 minutes. That beats out the Galaxy A01, which lasted 10 hours, 27 minutes.

This likely has to do with the less-than-demanding 720p display, large battery and the Qualcomm Snapdragon 632 processor.

And that processor performs well for the price point. Motorola also pairs the Moto E’s Android 10 with an incredibly light user interface. The same can’t be said about Samsung’s interface on top of Android 10 on the A01.

For the most part, we’ve had a fluid experience on the Moto E. The App Drawer and Quick Settings were easy to open and use even with several apps already open. We were also able to juggle performance with about 10 apps, including some running background tasks.

With all of our qualitative testing, we try to mimic what a user might do during a normal day, which includes social apps, emails, phone calls, video calls, texting, watching videos and, of course, light gaming.

The phone struggled with Call of Duty Mobile, but Real Racing ran well. The Qualcomm Snapdragon 632 is faster than the 439 in the A01 and is paired with the same 2GBs of RAM. Simply put, it’s newer and more efficient.

We normally run Geekbench on our smartphones, but the Moto E doesn’t support the program. If that changes, we’ll report back.

You get 32GB of internal storage in this phone, which is great for the price and is double that of the Galaxy A01. Plus, since this is an unlocked device (not tied to any carrier), there isn’t much bloatware or preloaded apps.

The Moto E for 2020 has two cameras on the back: a 13-megapixel lens and a 2-megapixel depth sensor. Both of these are paired with a single LED flash, but the quality is average.

Photos look realistic and color accuracy seems on point, as long as you take the time to adjust the focus.

With the Moto E, photos and videos look a lot better after the fact. You can’t trust the live view, as they look more dull and out of focus. These aren’t as good as the Edge+ or the iPhone 11, but are certainly good enough for Instagram, especially when you consider the price point.

Unfortunately, the bokeh effect struggles. Even with the 2-megapixel depth sensor, the Moto E had a hard time focusing on a subject, which made it sometimes chop off part of a person or even blur the subject and keep the background in focus. It was frustrating, but we recommend shooting normal and then applying edits to get the effect.

The front-facing 5-megapixel camera is also average. Without zooming in, it captures a good amount of detail, which makes a selfie that we’d be comfortable sharing (see below). The camera also gets the job done for video calls through Google Duo or Facebook Messenger.

The main camera on the back can record video up to Full HD in 30 or 60 frames per second. You can see our sample footage below. 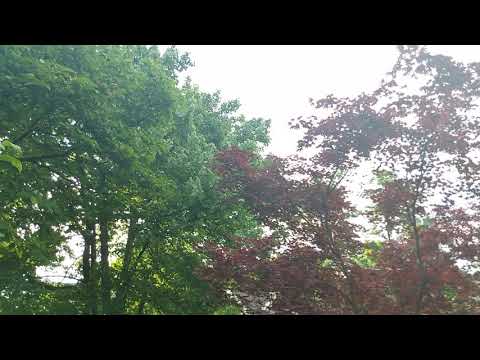 As far as $150 smartphones are concerned, we think the Moto E offers the best bang for your buck. It’s a big display that offers quality good enough for most tasks, and its handling of tasks if quite fast for a mid-range device. The Moto E’s battery life is so long, you’ll be hard pressed to find a way to run it out in less than a day.

You’re getting a lot of value for $150, so the Moto E keeps Motorola on top when it comes to affordable smartphones.