The Last of Us Part 2 brings pulse-pounding adventure to PS4 this June, and you can preorder it right now

Lockdown may be keeping many of us at home while we weather the coronavirus pandemic, but video games like The Last of Us Part 2 ensure we get cinematic experiences that rival big-budget movies, right in our living rooms. After several delays, and one very frustrating series of leaks, this hotly anticipated game — the sequel to The Last of Us, developer Naughty Dog’s hit PlayStation 3 title — is finally headed to PlayStation 4, with a June 19 launch date.

This summer, you can dive back into another world that’s been brought to its knees by a pandemic: a post-apocalyptic vision of the United States following the rise of a mutated strain of the Cordyceps fungus. While the first game introduced rugged survivor Joel, who came into contact with a scrappy young woman named Ellie, the sequel is set five years after the events of the first game.

Joel and Ellie have moved to Wyoming, and Ellie has grown into a wiser teenager who isn’t afraid to fight for her survival. When she comes into contact with a mysterious Christian cult, she must take arms to protect the ones she loves – and the way of life she’s come to know.

You can preorder The Last of Us Part 2 right now, though there is currently only one version of the game readily available. Given that it’s a PlayStation 4 exclusive, that is the only platform on which you can grab the game as well. However, all preorders will receive a variety of in-game items, including the Ammo Capacity Upgrade, which offers additional ammunition for Ellie’s pistol, as well as the Crafting Training Manual. This item grants access to new crafting recipes and upgrades.

For fans who need a new PlayStation 4 system or just want to add a new console to their collection, there’s also the upcoming The Last of Us Part 2 PlayStation 4 Pro Bundle. It’s set to release alongside the game on June 19, and features a console customized with imagery of Ellie’s iconic fern tattoo. You can preorder the system right now ahead of the game’s release to lock one in. They’ll likely go quickly.

This special edition console comes with a wireless controller emblazoned with the same fern image as well as the game’s logo in black on the touchpad, with white contrast detail on the PlayStation shape-emblazoned buttons. It will include The Last of Us Part 2 as well as a special SteelBook case and some digital goodies. These include a PS4 Dynamic Theme, a set of six PSN avatars, a digital soundtrack, and a digital mini art book from publisher Dark Horse. 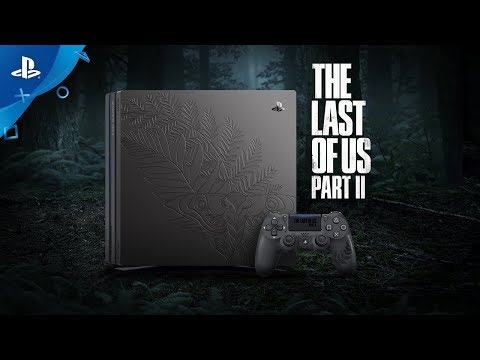 The Last of Us Part 2 is set to be an emotional riff on the survival horror and third-person action genres. Players will use improvised weapons created via crafting, a variety of firearms, and stealth to infiltrate the strange cult. As if humans weren’t enough, there are also the spine-tingling, cannibalistic creatures (many of whom were once human themselves) wandering around, infected by the Cordyceps.

This entry is set to be a much darker, more violent affair than the first title, with scenes that may in fact be difficult to watch. It’s also set to explore a relationship with a character presumed to be Ellie’s girlfriend. This may be one of the most adult experiences to have come to the system, and could spell out a heartbreaking conclusion for the series – unless a third game is in the works.

The Last of Us Part 2 is going to be an intriguing adventure – so better go ahead and start that survival training. It may very well pay off.