Here’s what we know about the Xbox Series X

The Xbox Series X, which was code named Project Scarlett, was revealed during The Game Awards 2019 on Thursday night, but it won’t land until late 2020.

Right off the bat, it’s a much different beast than you might expect from Microsoft’s Xbox systems. Its form factor alone is unlike anything the company has ever done, it’s the most powerful system in the Xbox family and it’s poised to launch your living room gaming setup into the stratosphere. It’s succeeding the Xbox One X, which currently sits alongside the Xbox One S.

The Xbox Series X looks more like a PC gaming tower with its vertical orientation and all-black finish, but its under-the-hood specs are more impressive than its aesthetic appeal.

This powerful new console will elevate your games considerably, thanks to its custom designed CPU, based on AMD’s Zen 2 and Radeon RDNA architecture. It’s set to bring you jaw-dropping visuals with 8K support with a frame rate up to 120fps, raytracing and variable refresh rate support. It’ll also utilize a solid state drive for faster loading times, all of which puts it more in line with a higher end gaming PC than a console.

In addition, the Xbox Series X will include a special new wireless controller.

Its size and shape have been “refined,” Xbox head Phil Spencer said, which will make it more accommodating to a wider ranger of players. Don’t worry. It’ll work with the Xbox One consoles you have now, as well as Windows 10 PCs. What’s more, it’ll ship with all Xbox Series X, so you won’t have to shell out additional cash.

As far as games go, The Game Awards let one surprise slip.

“Senua’s Saga: Hellblade II” is the first official title revealed for the Xbox Series X, and viewers were treated to a spooky, unsettling in-engine demo featuring the heroine in mid-chant, possibly summoning some sort of demonic entity. It looked positively haunting, but gorgeous in motion, as if we were watching a prerendered scene. 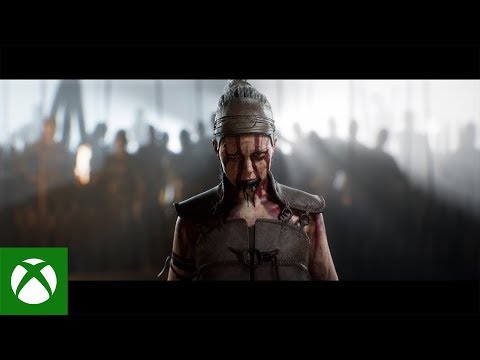 We can expect to see the new Xbox by this time next year. For now, you’ll have to be satisfied with the Xbox One S and One X, the two core consoles you can buy now.

The core difference is power and performance. For most users, the One S in an all-digital variant is just $199.99. Those who want a fully 4K experience and greater details in games can look at the One X, which has a sleek black design. There’s even the Xbox All Access Program for those who want an upgrade to the Series X.