Fed Chairman Jerome Powell said he wouldn't quit his post at the helm of the central bank if President Donald Trump asked him to leave.

Financial Services Committee Chairwoman Maxine Waters, asked him, "If President Trump asked you to leave tomorrow," would you do it? Powell responded a clear "no."

"The law gives me a four-year term and I intend to serve that," he said.

The Federal Reserve has set up a working group to address concerns related to Facebook's Libra cryptocurrency, Chairman Jerome Powell said during his testimony.

While Powell acknowledged that he does "support reasonable innovation in the financial services industry," he said that Facebook's (FB) Libra "raises many serious concerns regarding privacy, money laundering, consumer protection and financial stability."

He said the Fed's working group is collaborating with US regulatory agencies and the Treasury Department, as well as central banks around the world. The Treasury's Financial Stability Oversight Council has also set up a staff-level working group to look at Libra, Powell said.

"The process of addressing these concerns, we think, should be a patient and careful one and not a sprint to implementation," Powell said. 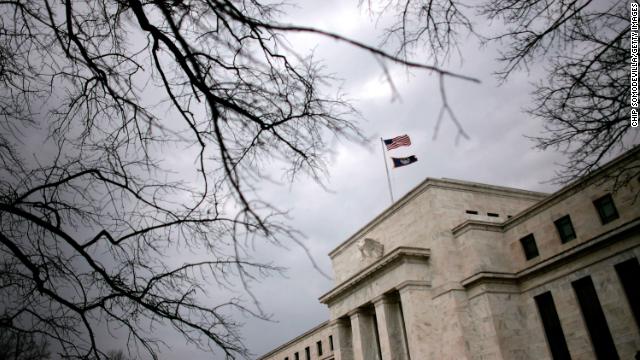 In her opening statement, Committee Chairwoman Maxine Waters said the hearing would address "the elephant in the room," referring to President Donald Trump's ongoing comments about monetary policy.

Last week, Trump said in a tweet that "our Federal Reserve doesn't have a clue! They raised rates too soon, too often, & tightened, while others did just the opposite." The president added that the most difficult problem for the United States wasn't its competitors, but its central bank. 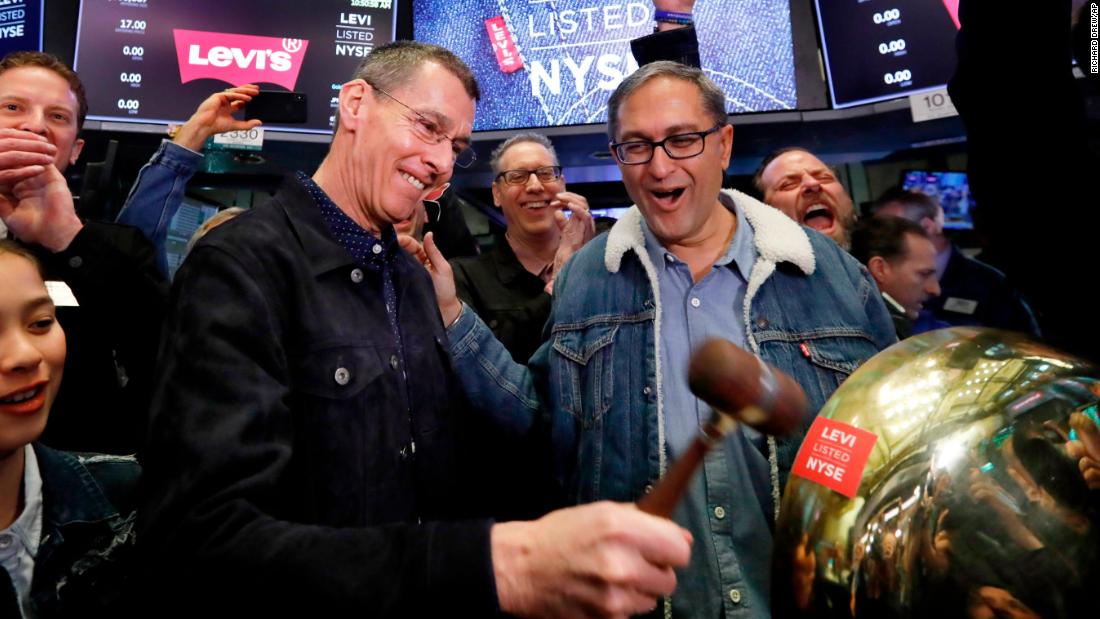 The denim company said that its profit during the second quarter of 2019 fell 63% from the same period a year ago. It blamed that drop on elevated costs from its March IPO, such as underwriting fees to banks.

Despite falling short of investors' profit forecasts, Levi's sales during its previous quarter grew 5% compared with a year prior, including a gain of 9% in Europe and 6% in Asia. 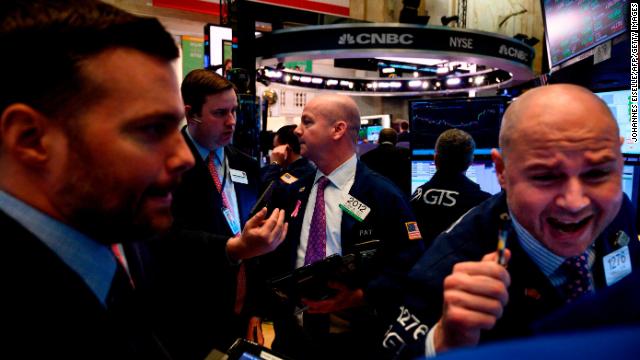 Stocks are on a roll this morning thanks to Powell's comments supportive of rate cuts. 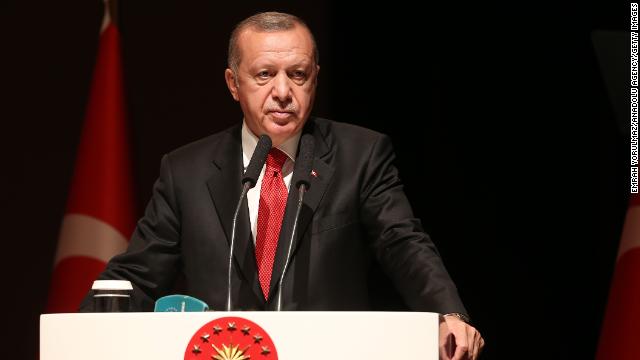 Central banks aren't perfect, but they work best when politicians aren't calling the shots. That pillar of monetary policy is now under siege.

President Donald Trump has repeatedly bullied Jerome Powell, his hand-picked central bank chief, into slashing interest rates. The Federal Reserve Chairman is likely to get asked about that during Wednesday's hearing on Capitol Hill.

"Congress has given us an important degree of independence so that we can effectively pursue our statutory goals based on objective analysis and data," Powell said in prepared remarks.

Turkish President Recep Tayyip Erdogan took his dislike for his country's monetary policy to the next level over the weekend, firing his central bank chief.

Turkey is the poster child for what can happen when political leaders meddle with central banks. Years of pressure from Erdogan limited the central bank's willingness to cool off the red-hot economy by raising rates. That led to higher inflation that the central bank only belatedly tried to tackle. 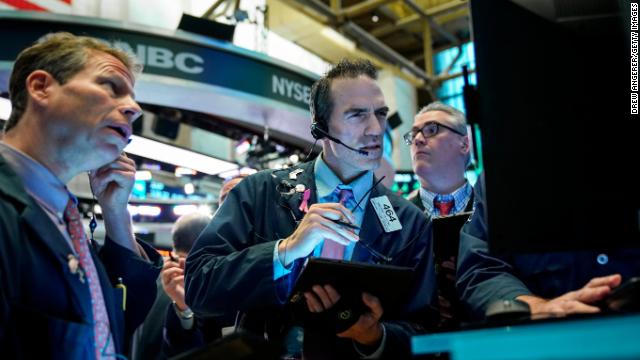 US stocks bounced higher at the opening bell on Wednesday after Federal Reserve Chairman Jerome Powell added fuel to hopes for a near-term interest rate cut to boost the US economy.

In prepared remarks for the first day of his bi-annual congressional testimony, Powell pointed at below-target inflation and crosscurrents including trade uncertainties and global growth. The market took this to mean a rate cut could happen later this month, and stocks rallied.

Levi’s (LEVI) reported after the bell on Tuesday, missing expectations. Its shares dropped 9.7% at the open.

Bed Bath & Beyond (BBBY) is due for results after the close. Its shares opened little changed. 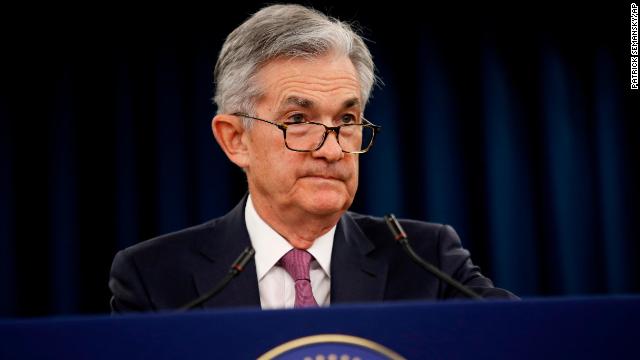 The Federal Reserve just set off some post-July 4 fireworks on Wall Street.

"Bottom line, Jay Powell fully endorsed the July rate cut and did absolutely nothing to pull the markets back from that expectation," said Peter Boockvar, chief investment officer at Bleakley Advisory Group.

Boockvar noted that in Powell's testimony, the Fed chief warned that "uncertainties about the outlook have increased" and "weakness" in foreign economies could impact the United States. Powell also said that inflation pressures "remain muted," implying the central bank has room to lower rates.

The negative comments from the Fed come despite some positive developments, including the US-China trade truce and the robust June jobs report.

Even before Powell, Wall Street was pricing in a 100% chance of a rate cut at the Fed's July 31 meeting. But now the odds of a larger cut of half a percentage point have increased to 16%, compared with just 3% on Tuesday, according to the CME FedWatch Tool. 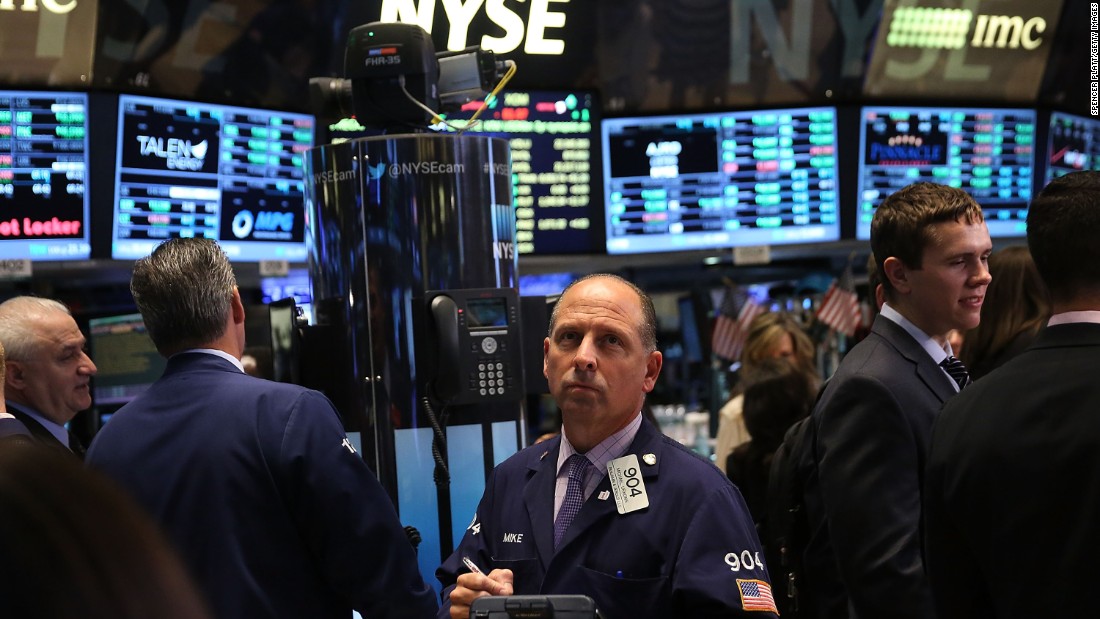