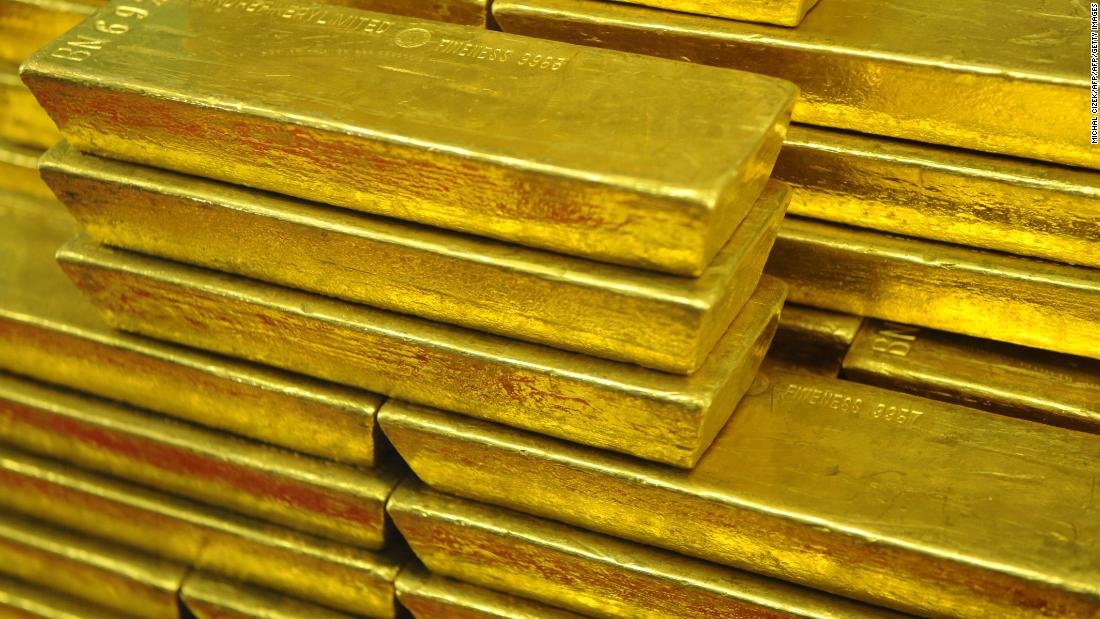 Frazzled investors are rushing to buy gold and government bonds as fears of a global recession, sparked by a trade war, grow more real.

The push into safer investments lifted US gold futures briefly above $1,500 per ounce on Wednesday for the first time in more than six years.

US Treasury yields, which move opposite price, collapsed to levels unseen since just before President Donald Trump's 2016 election.

Searching for safe places to put their money, investors have flocked to gold, which tends to do well during times of uncertainty.

"There is clearly some safe haven bid for gold," Win Thin, global head of currency strategy at Brown Brothers Harriman, told CNN Business. "But it's certainly not coming from the inflation hedge angle." 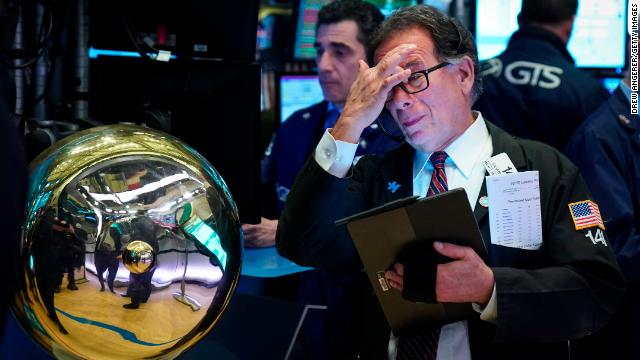 US stocks dropped at the opening bell on Wednesday, on track to erase Tuesday’s gains.

It has been a volatile week, with stocks recording their worst day of the year on Monday, before rebounding on Tuesday. The CBOE Market Volatility Index (VIX) rose more than 12% Wednesday.

Amid the uncertainty in the markets and on the trade front, as well as concerns about global growth, gold prices rallied. Prices for gold are up 1.7% on Wednesday, nearing $1,500 per ounce, its highest level since 2013.

The Dow and the broader US stock market are headed for another wild day on Wednesday.

After a one-day respite, panic has reignited over trade. The 10-year US government bond yield tumbled near a three-year low of 1.6298%, as investors pour money into bonds out of fear the trade war could stunt global growth.

Gold was also a big winner Wednesday as investors sought safe assets. Prices edged toward $1,500 an ounce for the first time since 2013. Gold is up nearly 17% this year and rose 1.4% on Wednesday. 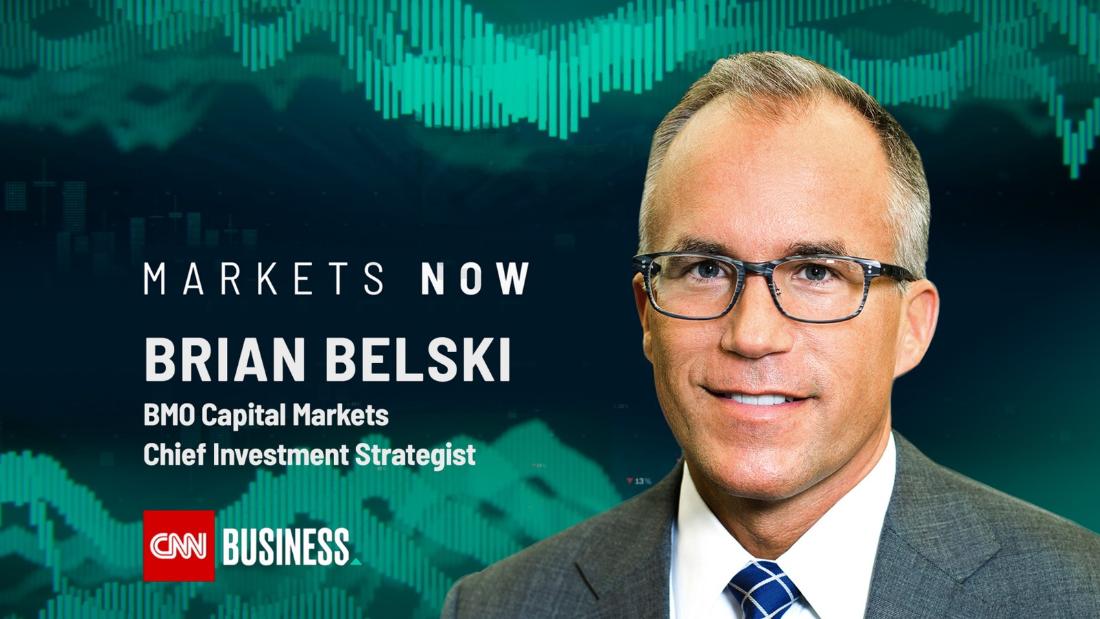 The stock market has been on a roller coaster ride lately, as investors focused on every twist and turn in the fraught economic relationship between the United States and China.

He argues that if investors take a long-term view, they'd see that the economy and corporate earnings are still expected to grow at a healthy clip. After all, interest rates, inflation and the unemployment rate all are low.

Belski will talk about this with CNN Business correspondent Alison Kosik on the "Markets Now" live show Wednesday at 12:45 pm ET. 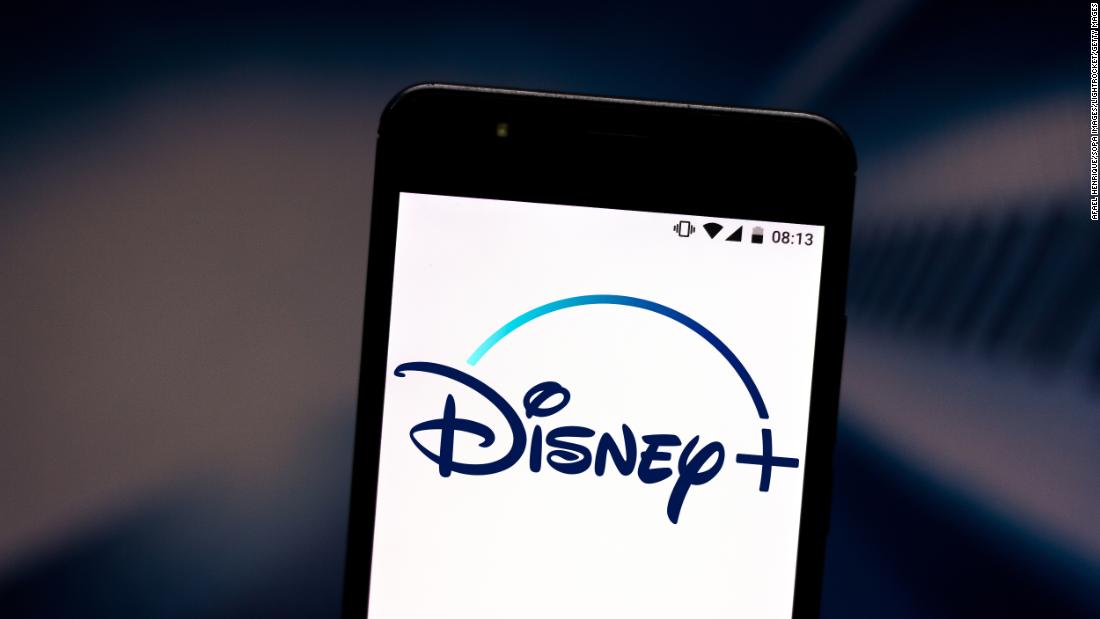 Investing in streaming is expensive.

Disney (DIS) said after the bell on Tuesday that its revenue increased 33% during the three months ending in June, bolstered by its direct-to-consumer business that includes Hulu and blockbuster hits such as "Toy Story 4" and "Avengers: Endgame."

But profits fell 51% as the company prepares for the launch of its new streaming service, Disney+, in November. Disney said it will offer a bundle that includes Disney+, ESPN+ and commercial-supported Hulu for $12.99 a month. 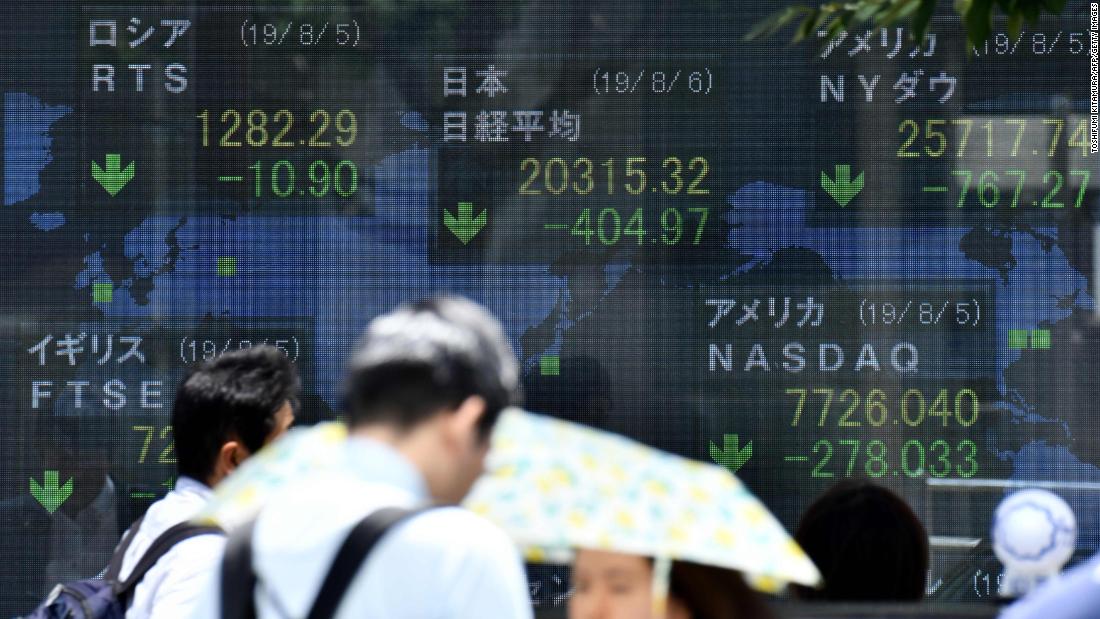 Currency tensions between the United States and China are easing slightly, though the relationship between the world's two largest economies remains tense.

China on Wednesday fixed the yuan at a new 11-year low. But it's taken steps to shore up its value, which has mollified anxious investors.

Stocks in Asia were mixed in response:

US stocks closed sharply higher on Tuesday, paring losses from earlier in the week.

The Reserve Bank of New Zealand cut interest rates by 0.5 percentage points on Wednesday. That's more than expected, and puts the official cash rate at a record low of 1.00%. The move sent New Zealand's NZX 50 up 1.9%.

India's central bank also announced a bigger cut than had been anticipated.

The Reserve Bank of India slashed its key lending rate to the lowest level in nine years in a bid to support the country's faltering economy. Shaktikanta Das has now cut rates at each of his four meetings as head of the central bank.

And those aren't the only warning signs. German industrial production in June dropped more than 5% compared to the previous year. And Brent crude, the global oil benchmark, is in a bear market, down more than 20% from its recent peak in April.