The return of Tariff Man set off another wave of selling on Wall Street, driving the Dow below 25,000 for the first time in four months.

The Dow fell 355 points, or 1.4%, on Friday as investors agonized over President Donald Trump’s threat to impose escalating tariffs on Mexico. The S&P 500 lost 1.3%, while the Nasdaq fell 1.5%.

The selloff capped the Dow’s sixth-straight losing week, the longest slump since June 2011.

The Dow and S&P 500 declined nearly 7% apiece in May, their first losing months since December. The Nasdaq tumbled 8% on the month, its worst May since 2010. 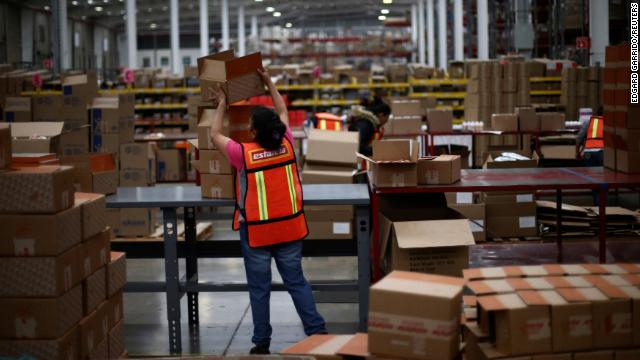 US oil prices plunged 5.5% to a three-month low of $53.50 a barrel, reflecting fear about the economic impact of the tariffs on China and Mexico. Crude tumbled 16% in May, snapping a four-month winning streak.

Investors fled to the safety of US government debt, driving the 10-year Treasury yield to 2.13%, the lowest level in nearly two years.

The Mexican peso declined 2.4% against the US dollar, while ETFs that track Mexican stocks plunged 4%. 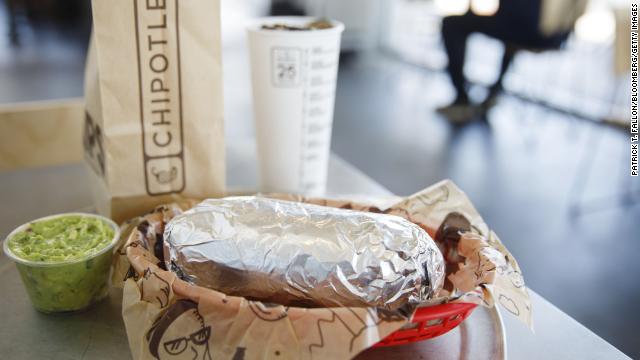 Among the many companies that would be hurt by tariffs on Mexican goods: Chipotle.

"If the announced tariffs are enacted, they would negatively impact our costs," Laurie Schalow, the company's chief corporate reputation officer, said in a statement. "We are monitoring the situation and working with our suppliers to minimize the impact," she added. Shares of Chipotle (CMG) fell about 3% on Friday.

It's not clear whether those costs could result in higher menu prices.

President Donald Trump threatened to impose new tariffs on Mexico if the country does not step up its immigration enforcement actions. He said the first round of tariffs would begin on June 10 at 5% "on all goods imported from Mexico."

The Business Roundtable, an influential Washington lobby of corporate CEOs, called the tariffs a “grave error," adding that they would "undermine duty-free North American trade that supports over 12 million American jobs.” 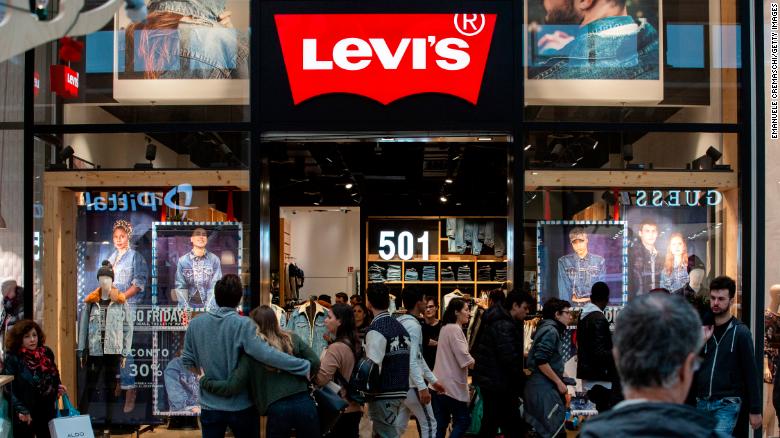 Levi Strauss (LEVI) is caught in the crosshairs of President Donald Trump's plan to impose tariffs on Mexico.

The company says 15% to 20% of the jeans and clothes Levi sells in the United States are manufactured in Mexico and China.

Mexico is the largest supplier of men's and boy's jeans to America, according to an apparel industry trade group. 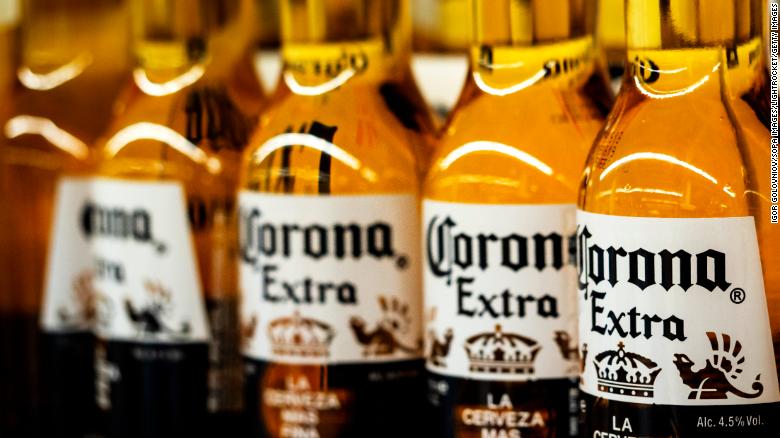 The United States imported $3.5 billion worth of beer from Mexico last year, according to the USDA. It was the top agricultural product imported from Mexico, ahead of avocados and tomatoes.

More than two-thirds of the beer that the United States imported in 2018 came from Mexico, up from around 35% two decades ago, according to the National Beer Wholesalers Association. 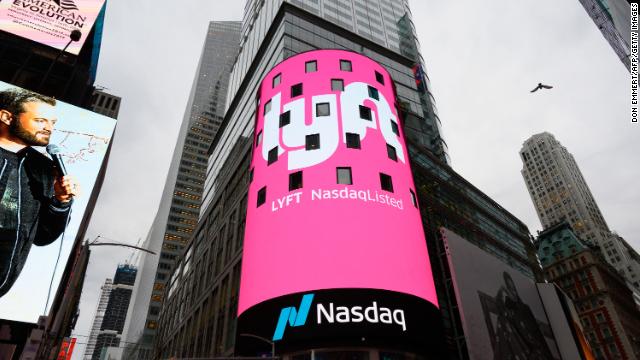 Uber (UBER) may be still losing a LOT of money. But investors didn’t seem to mind. The stock rose about 1% Friday even as the broader market sank. What's more, Uber's rally even helped "lift" shares of its smaller ridesharing rival. Lyft (LYFT) stock somewhat curiously rose 5%.

It's a bit odd that Lyft would pop after Uber executives indicated in the company's earnings call that competition is still tight between the two. But there are hopes that Uber and Lyft will start to rely less on huge promotional discounts to lure riders. That would bode well for both companies as they each do their best to one day eke out a profit.

It's also telling that another Uber rival, GrubHub (GRUB), was up about 2% too. GrubHub, which also owns food delivery service Seamless, competes with the rapidly growing Uber Eats. Uber said in its earnings report that Uber Eats revenue surged nearly 90% from a year ago.

As stocks sank Friday, maybe investors were seeking some comfort food to keep their spirits up.

McDonald's (MCD) shares were up ever so slightly while the other 29 stocks in the Dow were all lower. There was no company specific news. Investors were probably just flocking to so-called safe havens that pay steady dividends.

Then again, plant-based burger company Beyond Meat (BYND) also continued to defy gravity -- and logic. Its shares were up more than 5% -- and at more than $100 a pop, the stock has now quadrupled from its IPO price. 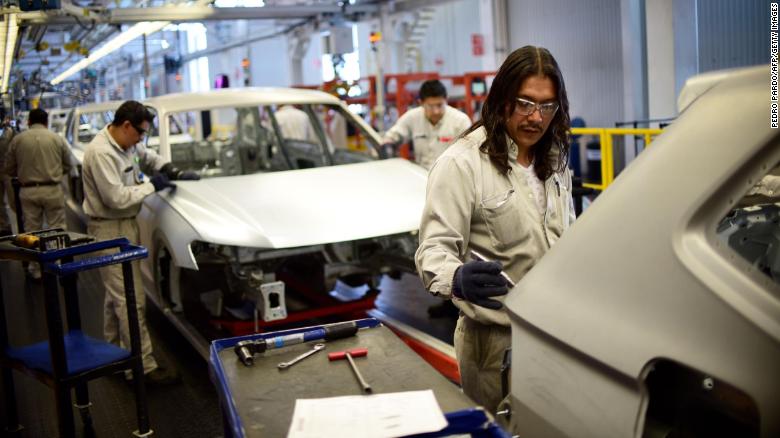 Volkswagen (VLKAF), the world’s largest carmaker, warned on Friday that tariffs imposed on Mexico could hurt US consumers and threaten jobs growth.

In a statement released to CNN, the automaker said:

“We believe that tariffs of this kind are a tax on the US consumer and will result in higher prices and also threaten job growth.”

Volkswagen said it has made significant long-term investments in the United States "that would be impaired by restrictive changes to trade."

The company said it remains hopeful that the issue will be resolved "through constructive negotiations without the imposition of tariffs."

Automakers have been hit after President Trump’s announcement as Mexico is a regional manufacturing hub for global automakers that assemble cars in Mexico and ship many of them to the United States.

Volkswagen shares are down almost 3% in Europe. Among the biggest decliners are Mazda and Nissan in Japan which plunged 7% and 5% respectively. In the US, Ford (F) shares are down 2% and GM (GM) fell more than 4%. 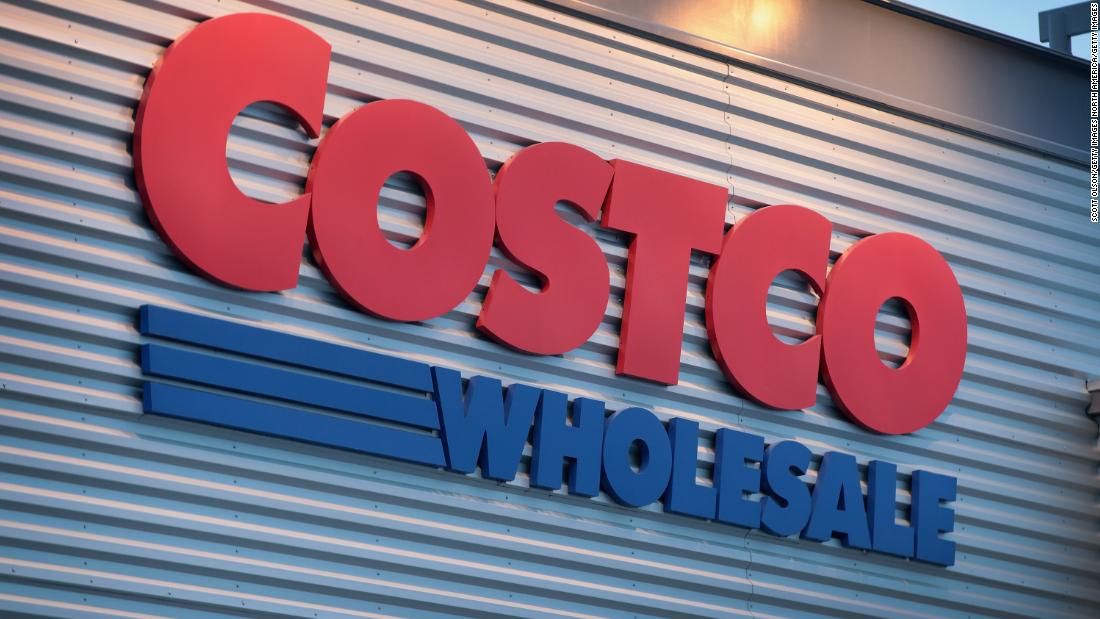 Costco (COST) is the latest retailer to warn that the US-China trade war will hit consumers.

"At the end of the day, prices will go up on things," Costco CFO Richard Galanti told analysts on Thursday. Galanti said prices had already gone up on some items such as patio furniture.

Costco wasn't the only retailer on Thursday to predict prices will rise for consumers.

"We believe our shoppers will be facing higher prices as 2019 progresses," Dollar General's (DG) CFO said on a analyst call.

Walmart (WMT), Target (TGT), Home Depot (HD), Macy's (M) and others have also said recently that the tariffs have forced them to either alter their financial outlooks, remodel carefully-crafted supply chains or consider raising price tags for customers.

The Business Roundtable, an influential Washington lobby of corporate CEOs, says tariffs on Mexican imports would be a “grave error.” It urged the Trump administration to pull back on the plan unveiled Thursday night.

Moving ahead with these tariffs would also jeopardize the prospects for the Administration’s top trade priority – the United States-Mexico-Canada Agreement – and would undermine duty-free North American trade that supports over 12 million American jobs.”
Unilateral tariffs on all Mexican imports will not solve the urgent problems of securing our border and fixing our broken immigration system. We urge the Administration to engage constructively with our neighbors and allies to resolve trade, migration and security issues in ways that will benefit Americans, not cause economic damage.”