What would happen to US economic growth if the country does nothing to combat global warming?

Investment manager BlackRock (BLK) has put this worst-case scenario into one handy map, showing an estimated impact on US GDP by 2060-2080 if no action on climate change is taken.

"The risks are asymmetric: some 58% of US metro areas would likely see GDP losses of 1% or more by 2080, with less than 1% set to enjoy gains of similar magnitude," according to BlackRock analysts led by global chief investment strategist Richard Turnill.

For investors, climate risks are particularly relevant for physical assets with long lifespans, such as municipal bonds, commercial mortgage-backed securities and electric utilities, according to the asset manager.

"Within a decade, more than 15% of the current S&P National Municipal Bond Index (MUB) by market value would come from US regions suffering likely average annualized losses from climate change of up to 0.5% to 1% of GDP," the analysts said.

The key take away for BlackRock: Investors can no longer afford to ignore the risk that climate change poses.

At midday, US stocks are trending lower, led by losses in the financial sector.

Goldman Sachs (GS) and Citigroup (C), which both reported before the bell, fell 3.1% and 0.8%, respectively. 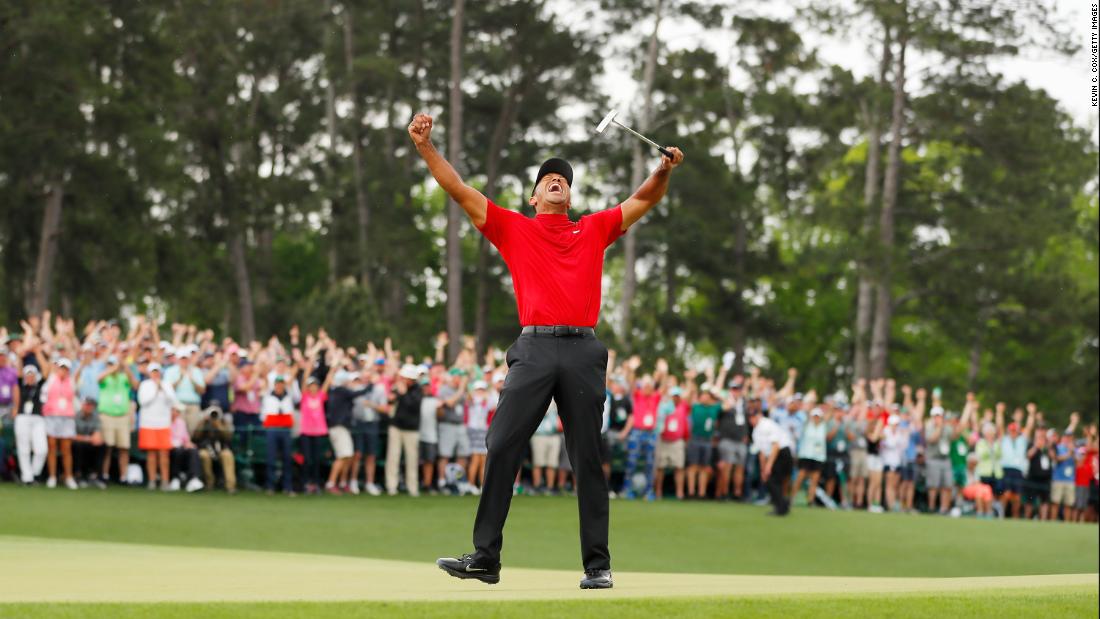 Tiger Woods clinching his fifth Masters title on Sunday is having a winning effect on golf stocks, our Paul R. La Monica notes: 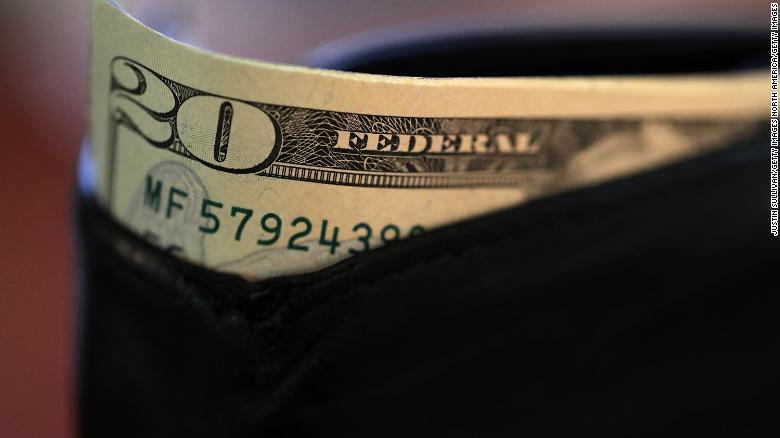 The US dollar is still the hottest currency on the block.

Traders increased their bearish bets on the euro -- the greenback's main rival -- to their highest level since early December 2016, according to Rabobank emerging market FX strategist Piotr Matys.

Essentially, the eurozone continues to underperform the US economy by a mile and the interest rate differential is skewed firmly in favor of the dollar," Matys said.

Although the Federal Reserve seems to be at the end of its tightening cycle, with interest rates in the range of 2.25%-2.5% and no more increases expected for this year, things look different for the European Central Bank.

The ECB hasn't raised rates since it cut them to record lows to combat the European sovereign debt crisis. While market participants initially expected a hike in summer of 2019, the central bank said it would keep rates at ultra-low levels through the end of 2019 -- after Draghi steps down as president.

All this leaves the dollar more attractive than the euro.

Throughout 2018, the dollar benefited from a sentiment that even in case of a trade war or global slowdown, the dollar would be the least worst off.

Last week, ECB President Mario Draghi reiterated his cautious outlook on eurozone growth, saying the outlook was still skewed to the downside thanks to geopolitical factors, a threat from protectionism and vulnerable emerging markets. The currency bloc's economy is expected to grow only 1.1% this year

US stocks were little changed at the market open Monday, as investors digested earnings from Goldman Sachs and Citigroup that came out before the bell. 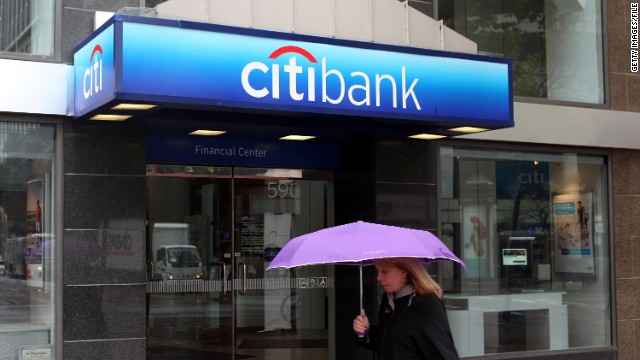 Citibank (C) shares briefly dipped but then recovered in premarket trading, after the bank reported revenues of $18.6 billion and earnings of $1.87 per share in the first quarter of the year.

While the earnings beat analyst estimates, Citi posted a 2% revenue loss year-over-year, driven by lower revenues in equity markets and losses on loan hedges, the company said in a statement. In the first quarter of 2018, the bank's revenues had been $18.9 billion.

Net income, meanwhile, grew 2% to $4.7 billion in the quarter, thanks to lower expenses and a lower effective tax rate for the company.

With about an hour until the open, Citi shares were up 1.2% in premarket trading. 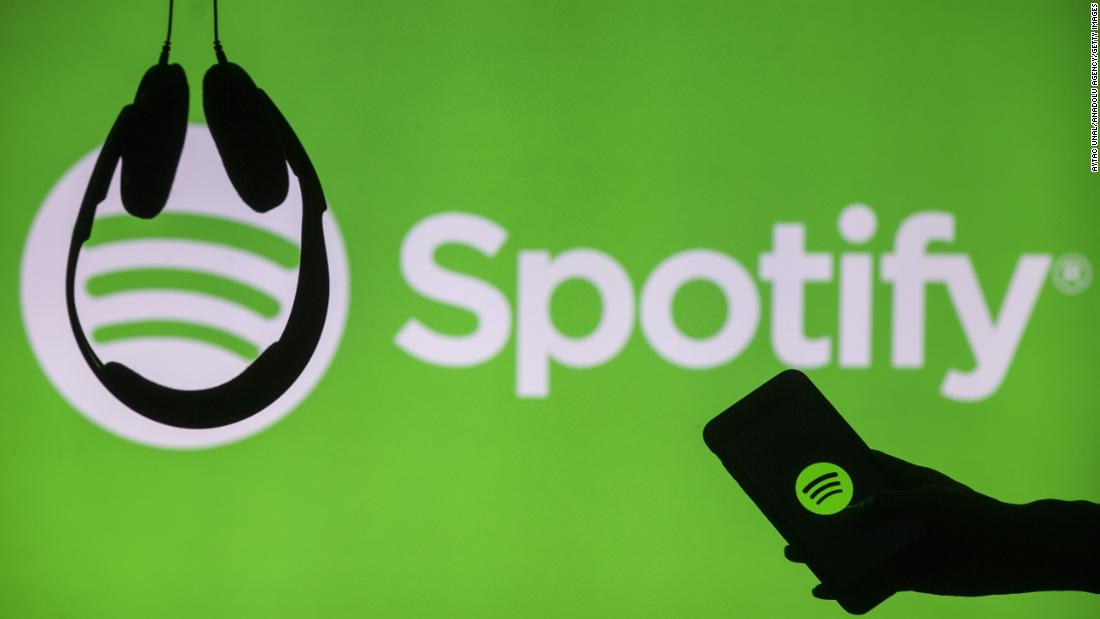 Spotify (SPOT) shares are sliding 3% in premarket trading because of potential new competition from Amazon.

Billboard reports that Amazon (AMZN) could launch a new free, ad-supported music service as soon as this week. Users would be able to access the new service through the company's voice-activated speakers.

Amazon already offers a variety of music services for a fee. 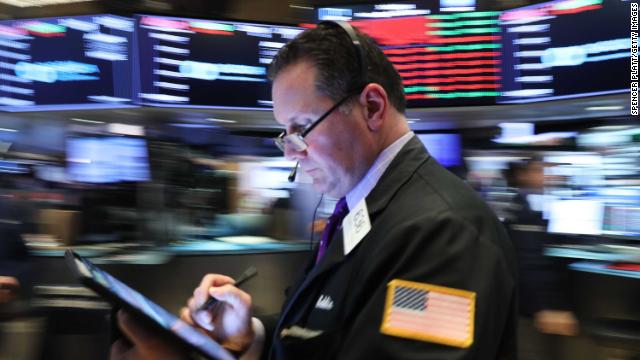 Even though US stock indexes are near near their all-time highs, President Donald Trump believes equities have been suppressed by central bank policy.

In yet another attack against the Federal Reserve over the weekend, Trump claimed that the stock market -- presumably meaning the Dow -- would be 5,000-10,000 points higher if the central bank "had done its job."

On top of that, the Fed would not have been doing its job if US inflation was nil.

At present, the central bank's inflation target is 2%, measured by the price index for personal consumption expenditures, or PCE. In January, the index stood at an annualized 1.4%, while the core measure excluding energy read 1.8%.

That is well below 2%, supporting the Fed's decision to keep its interest rate increases on hold for now.

Central banks around the world have been struggling with a low inflation environment over the past years, raising questions about whether the common 2% target was still appropriate.

As of now, however, it still is. 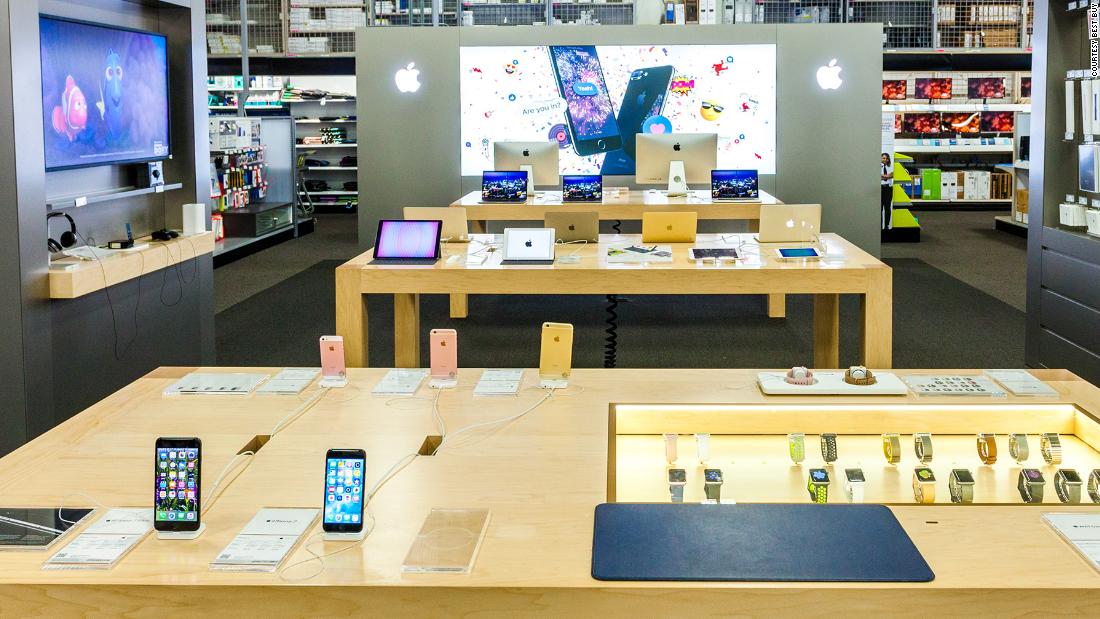 The retailer's board of directors announced Corie Barry will assume the position and join its board in June. She was previously the company's chief financial and strategic transformation officer.

Best Buy's current CEO Hubert Joly will become the executive chairman of the board, a newly created position.

"These changes reflect the Board’s ongoing succession planning process and are designed to provide leadership continuity as the company continues to execute its strategic growth initiatives," Best Buy said in a release.

Best Buy has poured money into making its stores into a destination for shoppers and vendors like Amazon (AMZN) and Apple (AAPL) as part of Jolly's plan to future-proof it against online competition.

The stock is up 40% for the year. But it's slightly lower in premarket trading.