Cruise line operators Carnival (CCL), Royal Caribbean (RCL) and Norwegian (NCLH) have been hit hard by the coronavirus pandemic. But the three companies aren't getting any help from Washington as of now.

Shares of all three stocks plunged between 12% and 20% Friday after the Senate and House passed a more than $2 trillion coronavirus aid package that did not include any money for them.

Republican US Senator Josh Hawley of Missouri noted that fact in a tweet earlier this week, urging them to move to America in order to qualify for aid.

President Trump said in a press briefing Thursday that “it’s very hard to make a loan to a company when they’re based in a different country." But he also noted the cruise companies employ thousands in the United States and that "we’re going to try and work something out.”

For what it's worth, Carnival CEO Arnold Donald said in an interview on the "Axios on HBO" show that the company is not looking for a government bailout. But Donald acknowledged that "capital markets are constrained right now." (HBO is a part of WarnerMedia, the AT&T-owned parent company of CNN.) 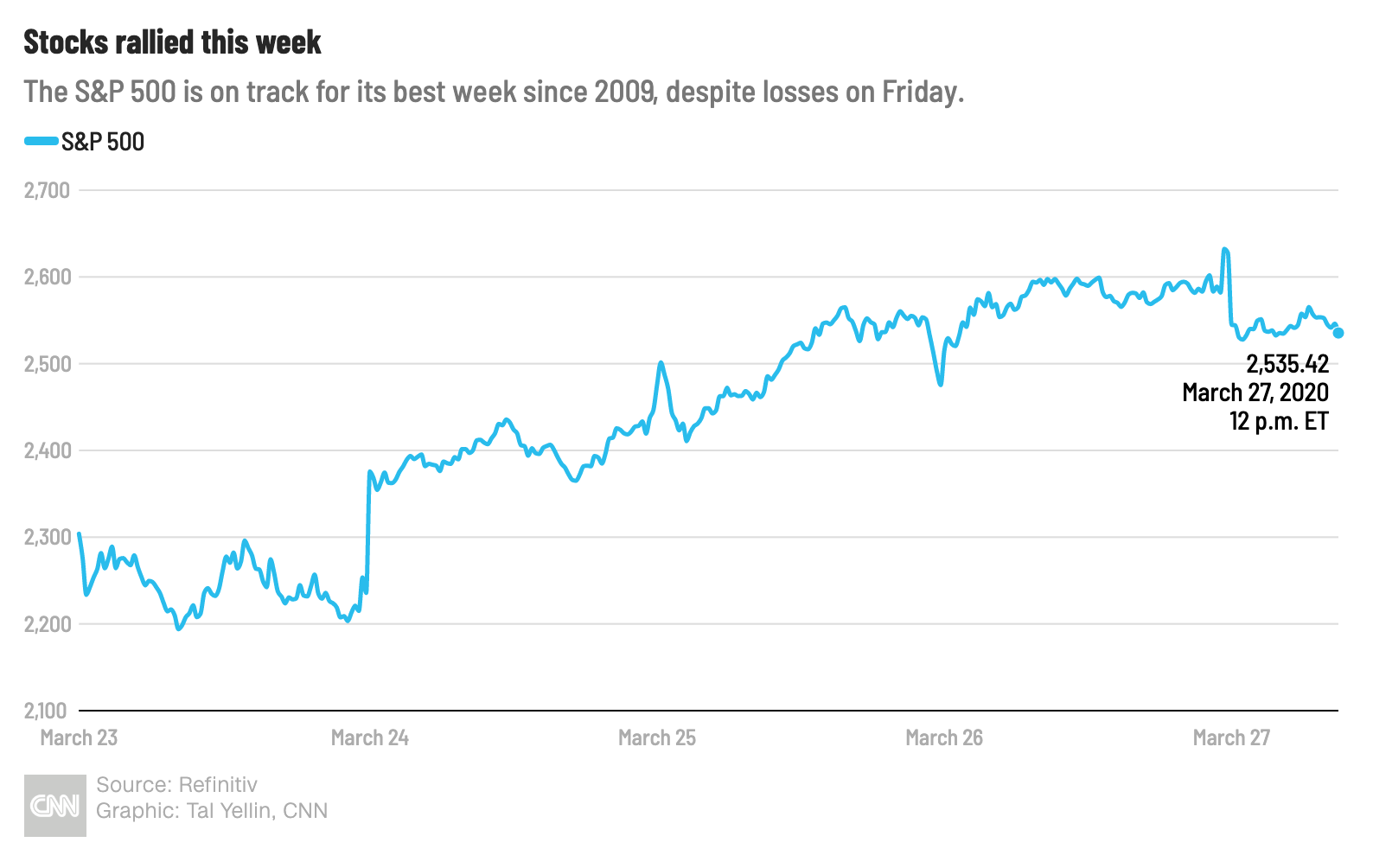 US stocks are still sharply lower, but it doesn't look like today's selloff is going to change just how good a week it has been for equities.

How's that for a week for the history books?

The Nasdaq Composite is up 3.5% at midday. 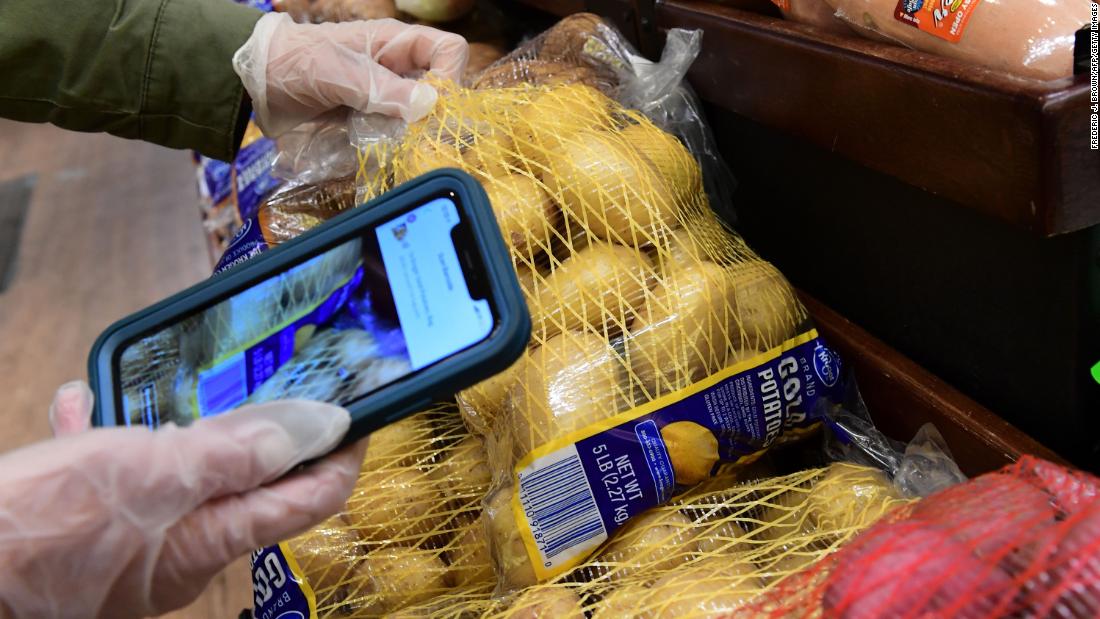 Some Instacart shoppers are planning to strike on Monday in response to the company’s treatment of them during the coronavirus pandemic.

The grocery delivery company announced Monday that it plans to add another 300,000 “full-service shoppers” in North America over the next three months in response to overwhelming demand spurred by coronavirus. These workers shop and make deliveries for customers and are treated as independent contract workers by Instacart.

The strike is being called for by Instacart shoppers and a newly formed non-profit called Gig Workers Collective. It was first reported Friday by Vice.

Demands include providing workers with safety items including hand sanitizer, disinfectant wipes, and sprays, hazard pay, and an expansion of its coronavirus pay to include those with underlying health conditions. 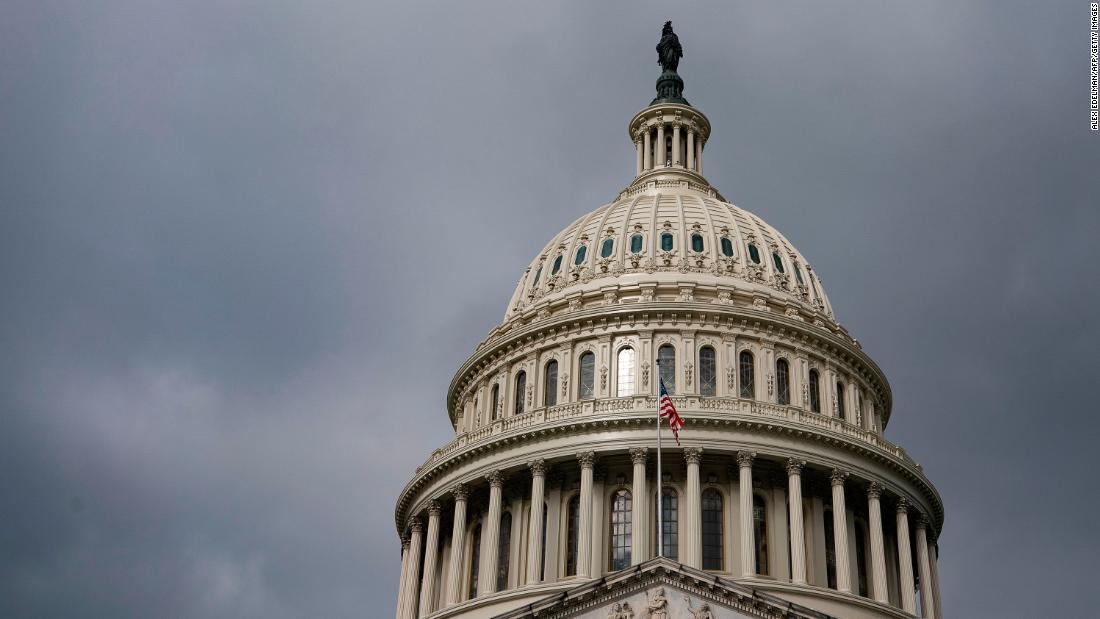 Congress has agreed a $2 trillion economic relief package to get America through the coronavirus crisis. But will that be enough?

The payments to industries and citizens alike should provide some short-term financial support and, hopefully, boost the confidence of consumers and business. But the singularity of this crisis could mean traditional stimulus tools won't work as they have in the past

"The package will not help the US avoid lost output that we estimate will be around $920 billion this year," wrote Morgan Stanley economists in a note this morning. "But we estimate it will close that gap by mid-2021 and ensure a faster recovery."

America may even a second stimulus package by the time social distancing measures ease, to give the economy a bigger boost, they said. That's because merely putting money in people's pockets while they remain homebound might not get them spending. Consumer spending is a major contributor to the US economy.

Morgan Stanley expects a 2.3% drop in real fourth quarter GDP this year versus the same period in 2019, "the deepest since 2008". But the bank is also forecasting above-average 3.3% growth in 2021 as the economy recovers. 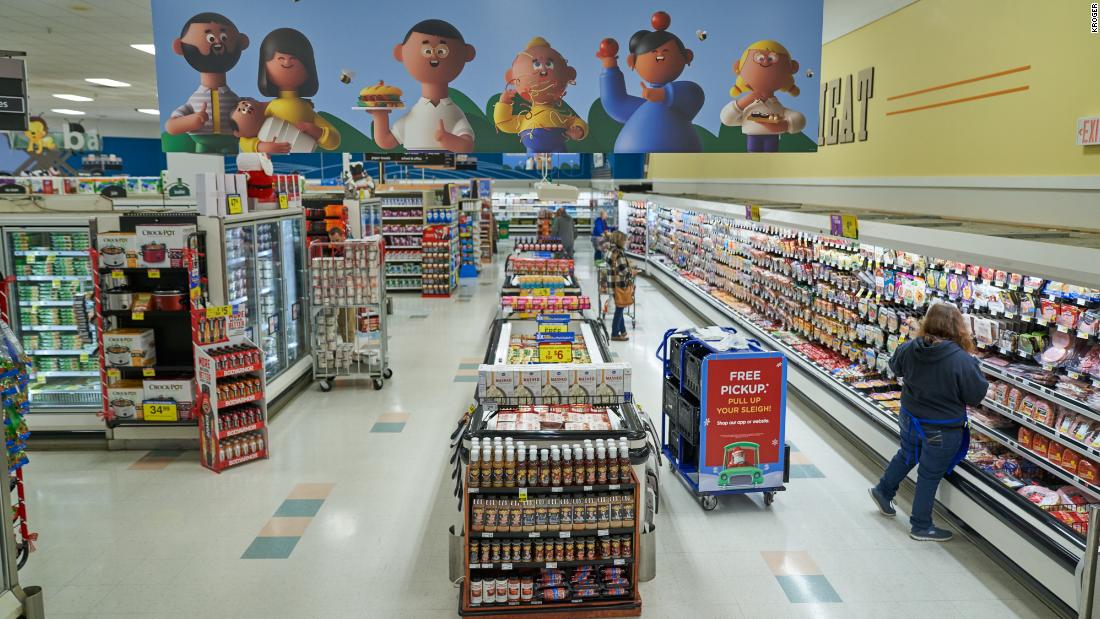 Kroger (KR) said Friday that it is hiring 23,500 workers to help keep up with demand during the coronavirus crisis.

The company will partner with hotels, retailers and food service distributors that have been hit hard by the crisis to hire their workers. Kroger has expedited hiring process. Onboarding new hires in an average of 72 hours.

Kroger is the latest grocer to announce openings.

Walmart (WMT), Amazon (AMZN), Instacart and others are also hiring employees to meet the crush of demand. 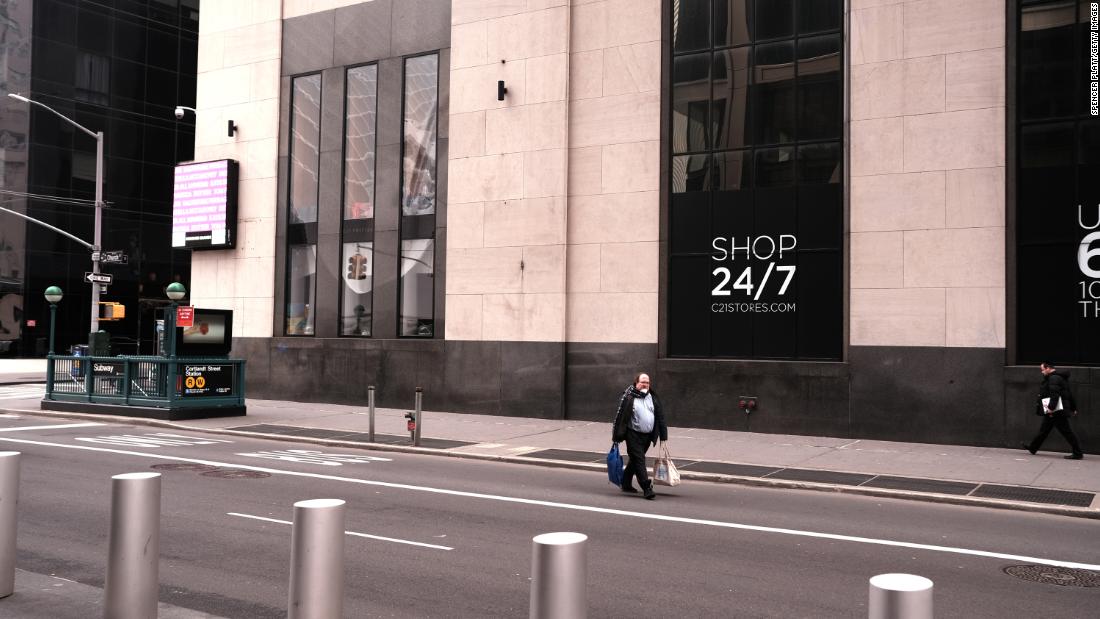 Consumer sentiment has fallen off a cliff.

The final reading of the University of Michigan's consumer sentiment survey index for March fell to 89.1 points. That is the lowest level for the survey since October 2016, when it was 87.2.

"To avoid an extended recession, economic policies must quickly adapt to a new era that will reorder the spending and saving priorities of consumers as well as the relative roles of the public and private sectors in the U.S. economy," said Richard Curtin, who conducts the monthly surveys of consumer attitudes, expectations and behavior.

The index's March plunge was the fourth largest single-month decline in nearly half a century, according to Curtin.

Prior steep declines of consumer sentiment occurred in October 2008 in response to the financial crisis, the 1980 recession and Gulf War and Hurricane Katrina in 2005. 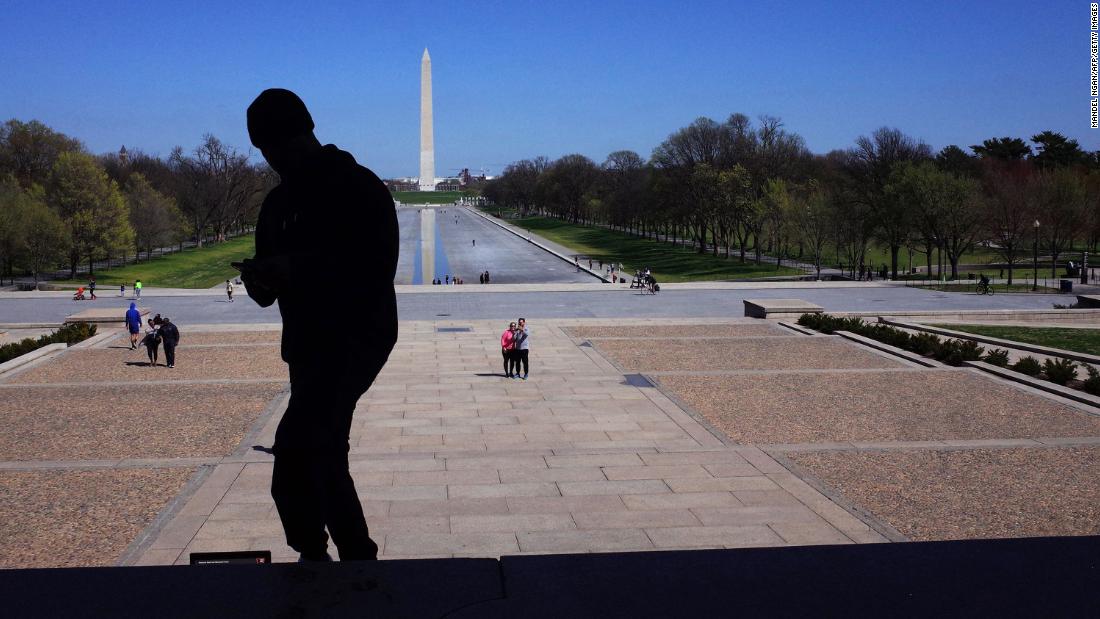 We already know that nationally, unemployment benefits reached a staggering level last week: 3.3 million new claims filed. But the effects of the outbreak are already beginning to show in the delayed state-by-state data.

In Nevada, for example, initial claims nearly tripled -- rising by 175% in the week ended March 14. More than 40% of Nevada's jobs are in the leisure, hospitality and retail sectors, all of which have been hit hard by social distancing measures employed to combat the virus spreading.

"This is the largest numerical week-to-week increase in Nevada’s history, and the second-largest percentage increase," according to David Cooper and Julia Wolfe of the Economic Policy Center.

And next week's state-by-state numbers should be even worse, as they will reflect the 3.3 million counted in the federal data -- the highest number of Americans in history filing for unemployment.

Advanced estimates from the Department of Labor "indicate that when the official data are released next week, they’re going to show historical levels of unemployment insurance claims for nearly every state," Cooper and Wolfe said.

The District of Columbia was also hit hard in the state-by-state data -- along with Washington state, which was an early epicenter of the virus.

The market is deep in the red this morning. Less than half an hour into the trading day, the Dow briefly fell more than 1,000 points, or 4.6%.

Stocks are paring their gains from the massive rally over the past three days. The Dow alone has climbed more than 21% since Monday's close. That was enough to keep the index on track for its best week since 1938. 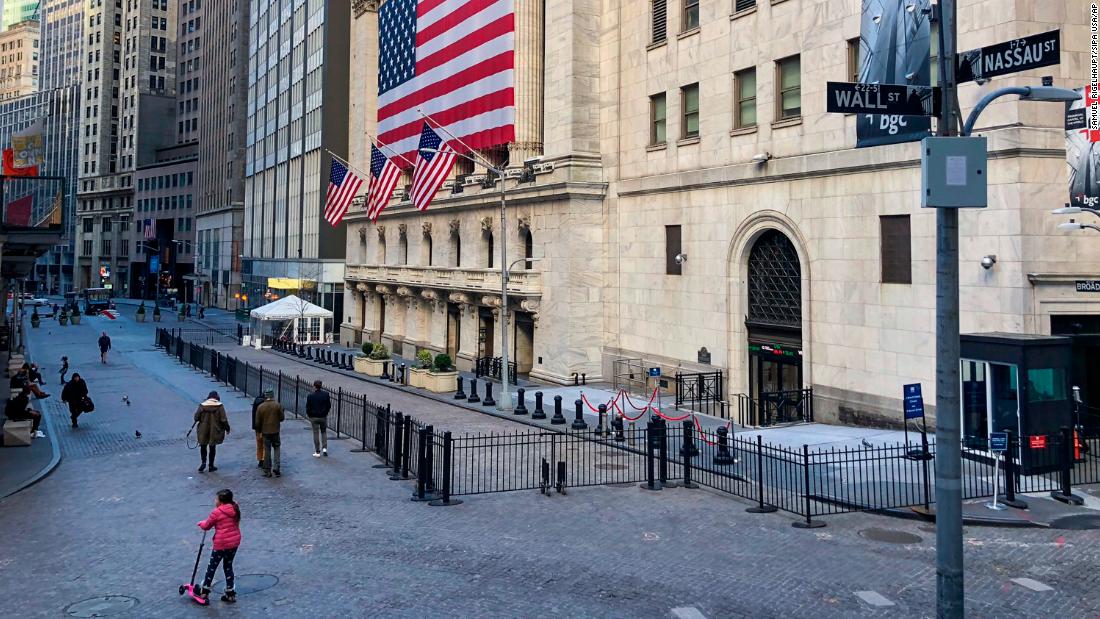 US stocks kicked the day off lower on Friday, paring some of their gains from the monstrous rally over the past three days.

That puts this morning's red open in perspective.