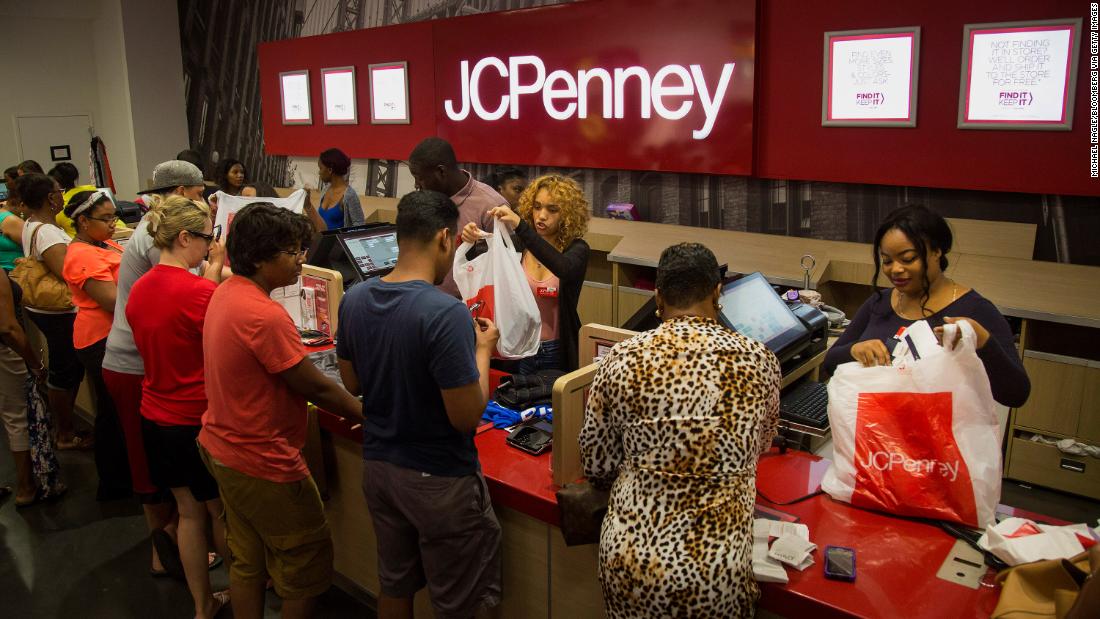 JCPenney (JCP) named a new CFO on Tuesday as chief executive Jill Soltau continues building a team to turn around the struggling retailer.

Bill Wafford, most recently chief financial officer for The Vitamin Shoppe (VSI), will take the job beginning on April 8. JCPenney's previous CFO resigned in September after only 14 months on the job and was replaced by an interim chief.

Soltau, who took over as CEO last year, has shaken things up at JCPenney. She is installing new leaders, changing the retailer's merchandise strategy and closing stores.

In a shift, JCPenney recently said it would stop selling appliances and most furniture. It has also marked down inventory to clear out the glut of clothes and handbags sitting on its shelves.

Going forward, Soltau has said JCPenney plans to focus on women's clothes, including athletic brands and the booming plus-size market, and home goods.

JCPenney also plans to close 18 under-performing department stores in 2019, as well as nine home and furniture stores. But it still has more than 800 stores around the country. 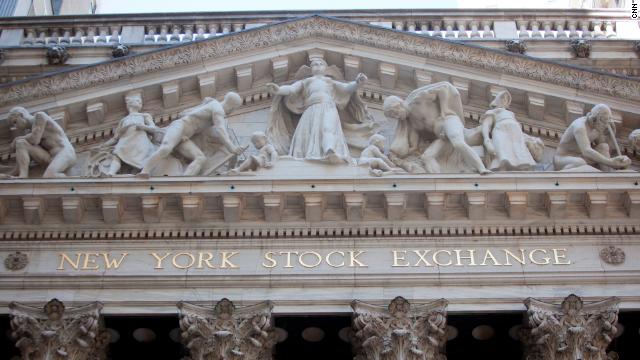 Carnival (CCL) tumbled 9% after the cruise ship operator dimmed its outlook due to higher fuel costs and currency fluctuations. Bed Bath & Beyond (BBBY) surged 22% on a report that three different activist funds are pushing to oust the struggling retailer’s board of directors.

Apple (AAPL) declined 1% after a US trade judge recommended banning some iPhones that are imported to the United States due to a patent dispute with Qualcomm (QCOM). 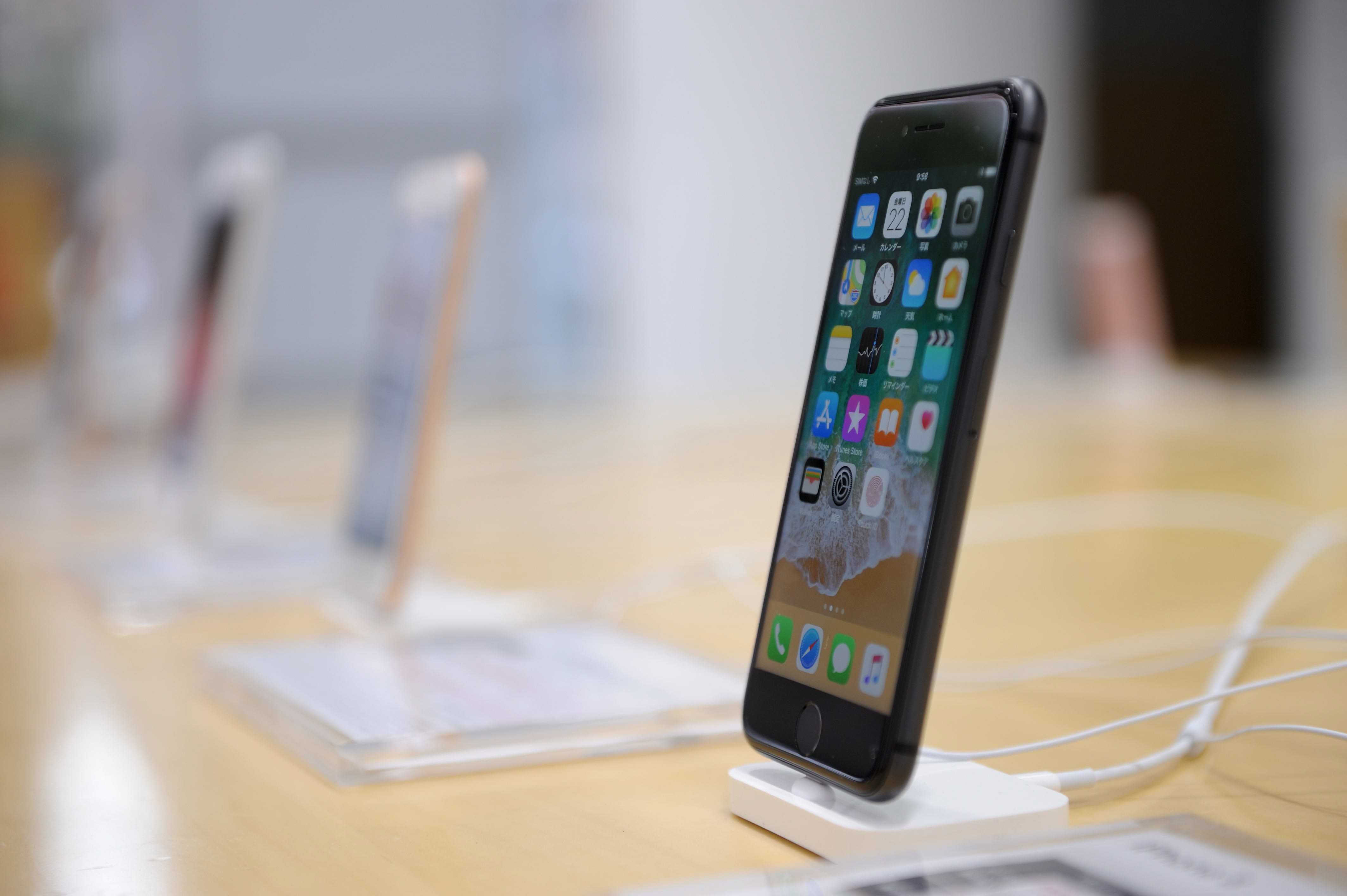 ITC Administrative Law Judge MaryJoan McNamara found that Apple violated one of Qualcomm's patents in some iPhones. In her two-page ruling, McNamara did not specify which iPhones she thought must be banned from the United States.

The ruling will not take effect until both the full ITC panel and President Donald Trump review McNamara's decision. Presidents have overturned import bans before, including in 2013 when President Barack Obama overruled an ITC court decision to ban certain iPhones. The ITC ruled in that case that Apple had violated some of Samsung's patents.

Qualcomm and Apple are currently embroiled in patent disputes in courts across the world. 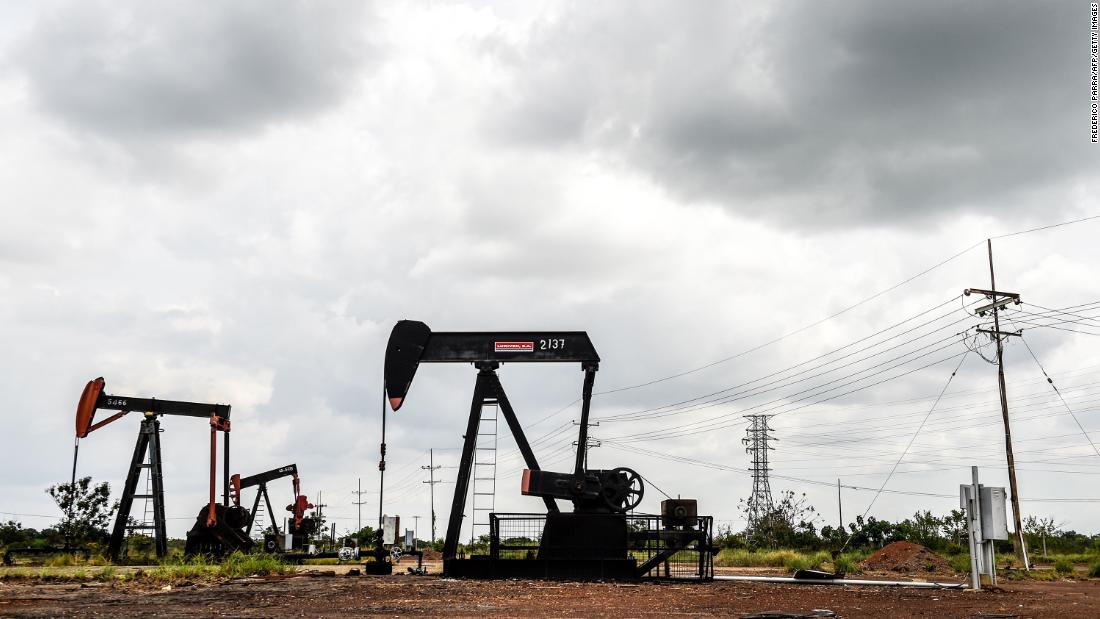 The energy sector is up 2%, with major oil companies including ConocoPhillips (COP), Anadarko Petroleum (APC) and Concho Resources (CXO) all climbing more than 3%.

Here's a check of the markets:

Here's a check of some other stocks: 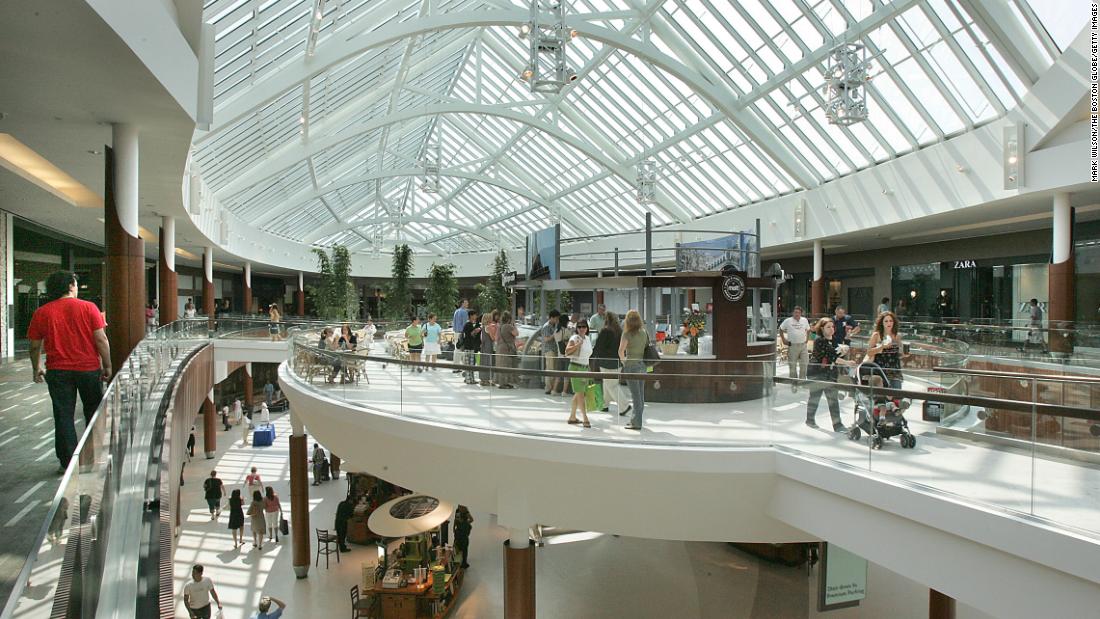 Wayfair (W) is opening its first, full-service store at a mall in Massachusetts.

The store will open in the fall and aims to "bring the Wayfair brand to life in an engaging format to delight customers with convenience and ease," the company said in a release.

It has previously experimented with pop-up mall locations and operates an outlet store in Kentucky.

Wayfair is the latest online retailer to open an offline location: Amazon (AMZN), mattress startup Casper and makeup company Glossier have all recently opened physical stores in an attempt to build brand loyalty and gain exposure among new shoppers. 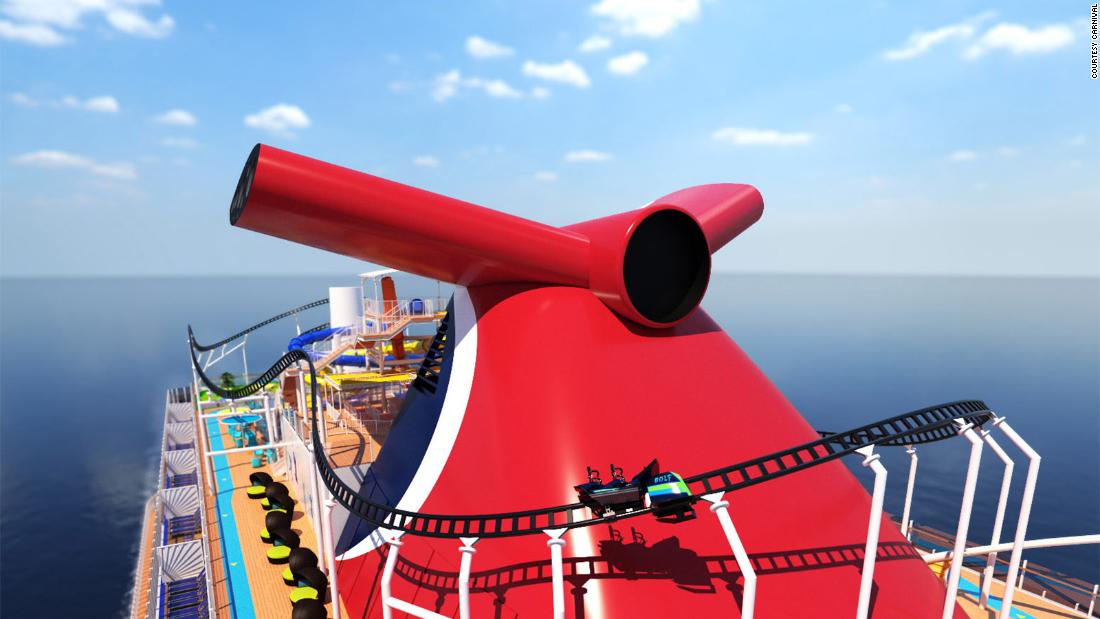 Carnival Cruises (CCL) hit a patch of rough seas following a rocky earnings report. The stock fell as much as 9% in early trading: 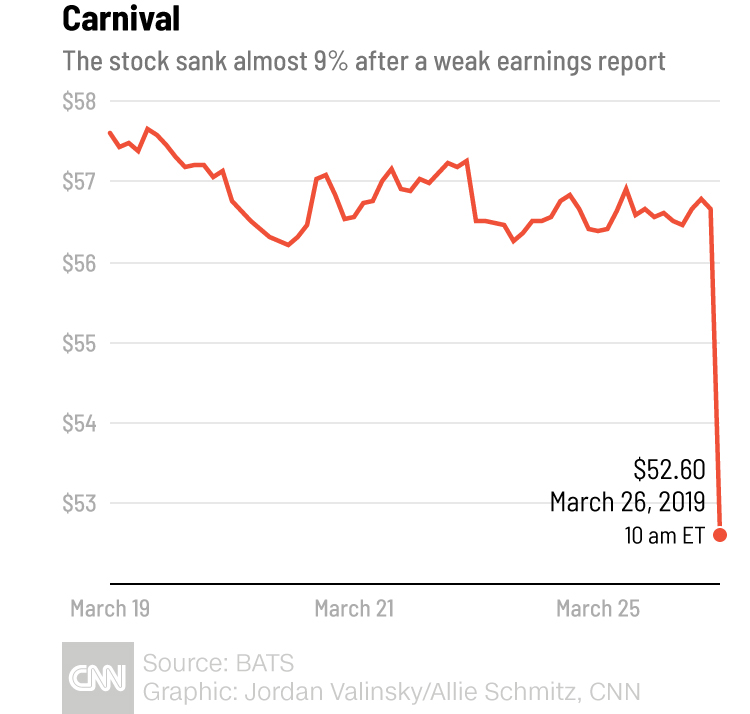 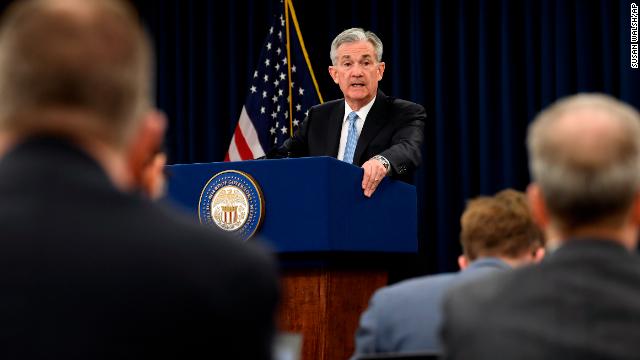 What a difference a few months (and an inverted yield curve) make!

Not that long ago, investors were worried the Federal Reserve would raise interest rates too many times in 2019 -- and that those hikes could derail the US economy and bull market.

But as Treasury yields flash recession signs, investors are now betting the Fed will save the day with a rate cut.

According to the CME's FedWatch tool, the market is pricing in a nearly 50-50 chance that the Fed will lower rates at its September meeting.

Still, any euphoria about lower rates could soon fade. Analysts at Keefe, Bruyette & Woods pointed out that the historical performance of the overall market -- and bank stocks in particular -- is mixed during times of lower rates.

"Credit cycles, the overall rate of economic growth, unemployment rates, trade deficits, the condition of the housing market and inflation expectations are just several of the many macroeconomic factors that may outweigh expected reactions to a rate change," the KBW analysts said.

In other words, if the Fed is cutting rates because the economy is slowing down, that's not great news. 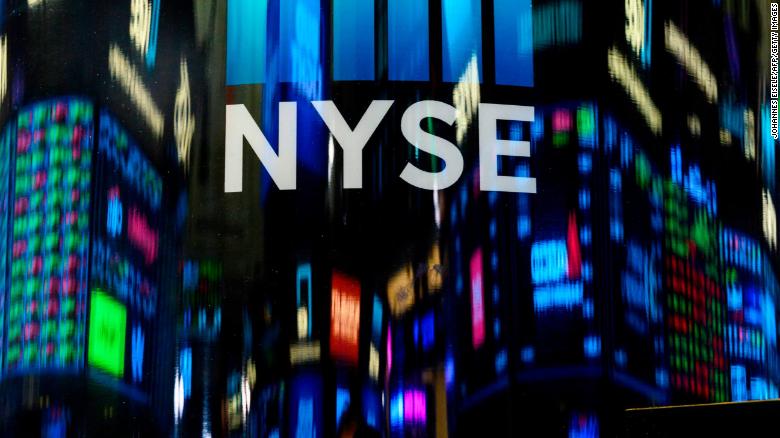 Wall Street enjoyed a broad rally on Tuesday morning, with everything from tech and banks to oil moving sharply higher.

Apple (AAPL) gained 1% a day after unveiling its foray into the video-streaming market. Carnival (CCL) slumped 6% after cutting its outlook due to higher fuel costs and swings in currencies.

Bed Bath & Beyond (BBBY) spiked 20% on a report that three activist funds are preparing to launch a fight to replace the retailer’s entire board of directors. 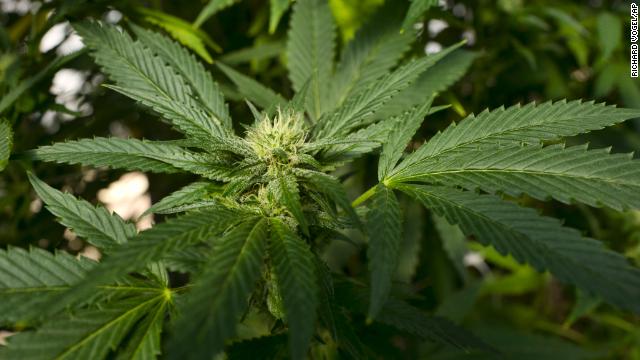 Yet another cannabis company has reported strong sales growth following the legalization of recreational pot in Canada.

Cronos Group (CRON), which has the financial backing of Marlboro owner Altria (MO), said Tuesday that revenue in its most recent quarter soared 248% compared with the same period a year ago. The news follows similarly solid sales increases from rivals Canopy Growth (CGC), Aurora (ACB) and Tilray (TLRY).

Shares of Cronos fell in early trading on the news following a big spike Monday. But the stock has nearly doubled this year, as investors bet that Cronos will have an upper hand on rivals thanks to its Altria partnership. Altria now owns 45% of the company and has the right to boost the stake to 55%.

But some worry that the surge for Cronos and other cannabis stocks is a bubble that's about to burst. Canopy, which is backed by Corona owner Constellation Brands (STZ), is up 65% so far in 2019. And Aurora, which recently hired activist investor Nelson Peltz as an adviser to try and find a strategic partner, is up more than 85%.