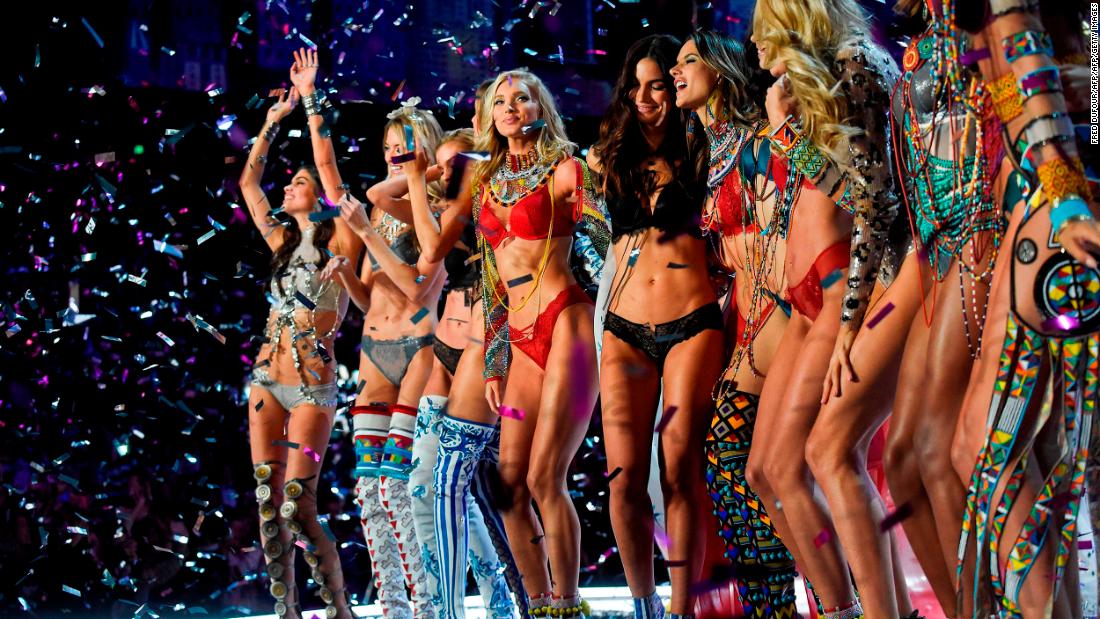 Sales at stores open at least a year fell 7% during the company's most recent quarter, parent company L Brands (LB) said on Wednesday.

Despite a strong economy and consumers spending at stores like Walmart and Best Buy, Victoria's Secret struggled to draw customers during the holidays.

The company's profit during the quarter fell compared to last year. That signaled that L Brands, which also owns Bath & Body Works, resorted to discounting to clear out inventory. But even deep discounts were not enough to drive traffic.

The difficult holiday period is the latest mark of a brand in turmoil. In November, the brand's CEO resigned. Last month, its annual fashion show sunk to its weakest ratings ever.

Victoria's Secret's path to a turnaround looks challenging too. L Brands' forecast for 2019 disappointed Wall Street, sending its stock down 5% after-hours. L Brands will provide a clearer picture of its future on Thursday, when it hosts an earnings call with analysts.

Competition in the lingerie industry has increased in recent years. Startups like Adore Me and ThirdLove have broken Victoria's Secret's grip on the industry by selling better-fitting bras and using inclusive advertising.

Big retailers threaten Victoria's Secret, too. Target (TGT) launched a new bra and underwear brand for women and teenage girls called Auden on Monday. Auden bras will cost $22 and under. Lululemon (LULU) and Walmart (WMT) have also expanded their efforts in the space.

Although marketing trends in lingerie have shifted, Victoria's Secret has mostly stuck to the same playbook that helped it dominate the industry: push-up bras and celebrity models.

They're stuck between a rock and a hard place," Janine Stichter, analyst at Jefferies, recently told CNN Business.

"People identify Victoria's Secret with what's it been for the last 20 years — very sexy and airbrushed models," she said. "If they were going to pivot now, I don't think it would come off as authentic. They don't have a great option." 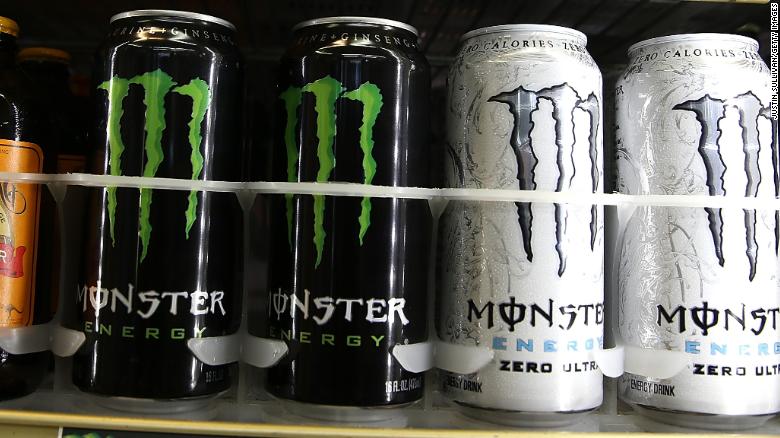 Monster Beverages (MNST) reported a 14% surge in net sales in the last three months of 2018 compared to the same period in the previous year.

The good results lifted shares of the company about 6% after hours.

The energy drink company's stock has surged since 2005, from less than $1 to more than $58 per share. 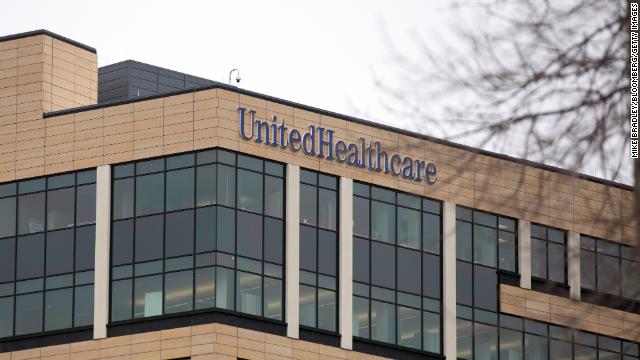 Markets were also pressured by cautious comments from US Trade Representative Robert Lighthizer. The administration’s trade chief told lawmakers the issues are “too serious” to be resolved by China’s promises to purchase more US agricultural products. 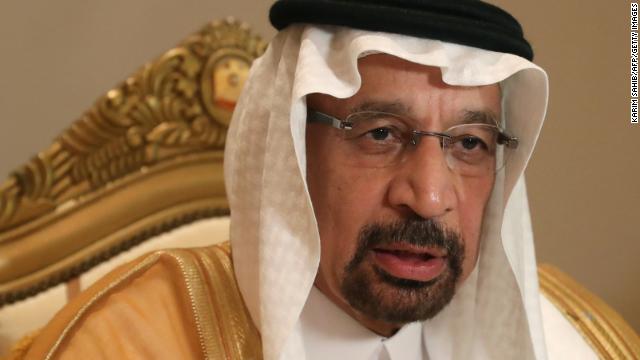 President Donald Trump urged OPEC this week to "take it easy," because oil prices are "getting too high."

Trump's Monday tweet sent shudders through the oil market. Traders feared Saudi Arabia could be forced to back off its strategy: boost prices by cutting production.

Saudi Arabia, the de-facto leader of OPEC, doesn't appear to be flinching though.

OPEC and its allies, he said, "have taken a very slow and measured approach."

Al Falih added that Saudi Arabia is "unshaken" in its focus on bringing supply and demand in balance by reducing swelling oil inventories.

Those comments helped lift US oil prices 2.6% to $56.94 a barrel on Wednesday. The oil market was also helped by a new report showing a surprise plunge in US oil stockpiles.

The oil rally sent a jolt through energy stocks, with Concho Resources (CXO), Apache (APA) and ExxonMobil (XOM) all rising. 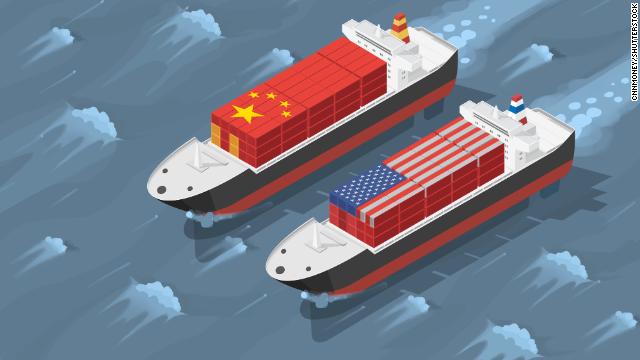 Trump’s top trade negotiator tells Congress that talks with China have been "very intense" and “serious” – but that more work is necessary to reach a deal.

Robert Lighthizer, the US Trade Representative, told House lawmakers Wednesday that the US is making real progress, but added that “much still needs to be done both before an agreement is reached and, more importantly, after it is reached, if one is reached."

Lighthizer also noted that no deal would be completed unless “all" issues along with enforcement are agreed upon.

US stocks slid on Lighthizer’s comments, with the Dow down as much as 150 points.

Lighthizer said the process is under way for the Trump administration to update the Federal Register notice before the March 1 deadline soon so that tariffs don’t escalate from 10% to 25% on $200 billion of goods.

Additionally, when asked about whether a currency deal with China had been ironed out, Lighthizer says, “There’s no agreement on that until there's an agreement on everything," he says. "We've spent a lot of time on currency and it will be enforceable."

He also described the deal with China as a “binding agreement” but have no intention to submit it to Congress.

"This is a settlement of a 301 action...we're not changing any tariff lines. We're not using TPA,” he said.

"This is not a free trade agreement,” says Lighthizer. “My scope is narrow here, it’s based on 301.” 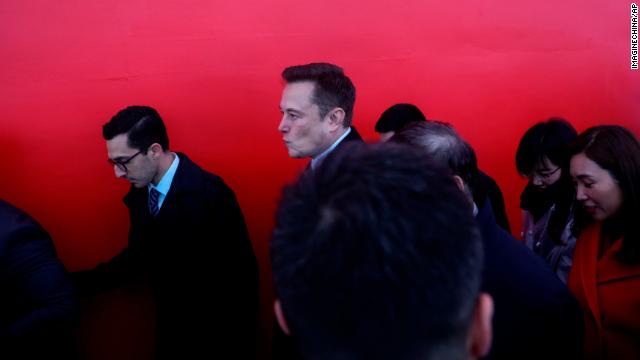 Elon Musk is at it again on Twitter. Even though the SEC is asking a judge to hold Musk in contempt after he recently tweeted (and then corrected) information about vehicle sales.

Musk cryptically tweeted early Thursday morning that the company will have some news to share in California on Thursday at 5 pm ET.

It's hard to know whether Musk will announce something truly newsworthy or if this is just another way for Musk to poke fun at the SEC, which he called "embarrassing" in a tweet (naturally) earlier this week. He has also previously referred to the agency as the "Shortseller Enrichment Commission."

Musk also curiously changed the name on his Twitter handle to Elon Tusk and added an elephant emoji to it. And his photo now shows a picture of Mars with an arrow pointing to part of the planet with the word "Revive" above it.

It's all very confusing. But investors may be brushing it off as Elon being Elon. Shares of Tesla (TSLA) rose nearly 5% Wednesday. 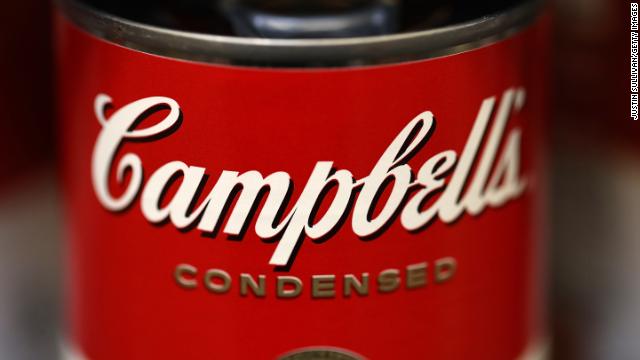 Campbell Soup (CPB) stock shot up more than 9% Wednesday after the company beat its earnings expectations and reiterated its 2019 guidance of earnings per share between $2.40 to $2.50 after its divestitures.

Net sales in the three months ending in January grew 24% compared to the same period the previous year, aided by Snyder’s-Lance and Pacific Foods, both of which Campbell recently acquired.

The results were a far cry from Kraft Heinz's disastrous day last week. Still, some analysts think Campbell could face trouble down the line.

Campbell's margins fell during the three months ending in January because of cost inflation and higher supply chain costs, among other reasons.

Bernstein analyst Alexia Howard said that investors will have to keep an eye out for lower margins going forward.

The Dow is down after Trump's top trade representative Robert Lighthizer said the administration has a ways to go on nailing down a trade agreement with China.

Here's where the markets stand:

Some stocks of note: 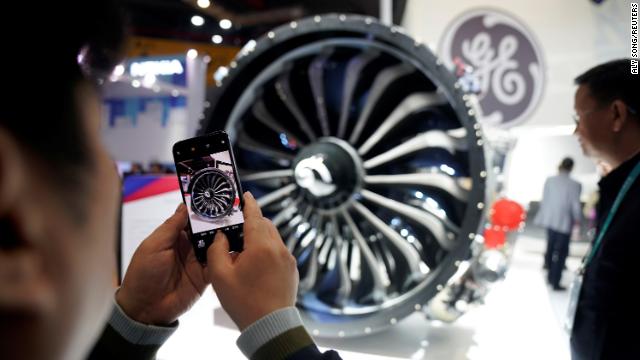 The massive recovery in General Electric's stock price has put one of its biggest skeptics on the defensive.

Tusa presciently called GE's downfall, which caught many on Wall Street by surprise. He remains negative on GE (GE) -- despite the fact that the stock has spiked more than 60% since its low in December.

"It has gone way too far," Tusa said, pointing to concerns about GE's power and financial divisions as well as the company's free cash flow.

GE stock jumped again on Monday after the company revealed a $21.4 billion deal to sell its BioPharma unit and pledged to use the cash to pay down its massive debt.

Despite the enthusiasm on Wall Street, Tusa kept his $6 price target on GE. That implies a 44% plunge from current levels.

However, Tusa is bullish on GE boss Larry Culp, the first outsider CEO in the company's storied history.

"We love Larry. I think Larry is a phenomenal CEO," Tusa told CNBC.